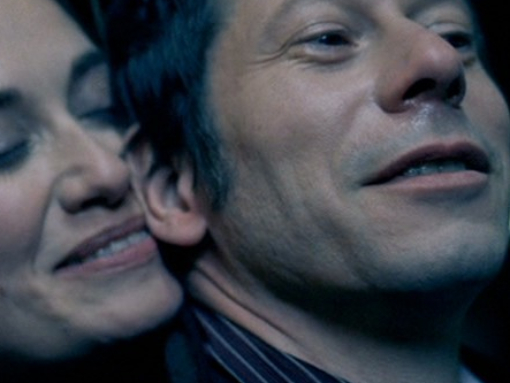 In Arnaud Desplechin’s beguiling A Christmas Tale (Un conte de Noël), Catherine Deneuve brings her legendary poise to the role of Junon, matriarch of the troubled Vuillard family, who come together at Christmas after she learns she needs a bone marrow transplant from a blood relative. That simple family reunion setup, however, can’t begin to describe the unpredictable, emotionally volatile experience of this film, an inventive, magical drama that’s equal parts merriment and melancholy. Unrequited childhood loves and blinding grudges, brutal outbursts and sudden slapstick, music, movies, and poetry, A Christmas Tale ties it all together in a marvelously messy package.

Arnaud Desplechin’s 2008 film A Christmas Tale is presented in its original aspect ratio of 2.35:1 on the first dual-layer disc of this two disc set. The image has been enhanced for widescreen televisions.

It’s a newer film so I wasn’t surprised by the quality of the picture. Colours are vivid and bold, beautifully saturated. Some reds show some compression issues, but otherwise colours are all beautifully rendered. Black levels are strong and skin tones look pretty natural, maybe a little more reddish on occasion (could be intentional to the look, though.) The image is crisp and detailed with excellent definition. Compression artifacts are noticeable but not overly heavy. The print is in pristine condition, as I pretty much expected.

It’s at about the level I would have expected for a newer film from Criterion, sharp and clear, with lovely looking colours. Quite nice overall. 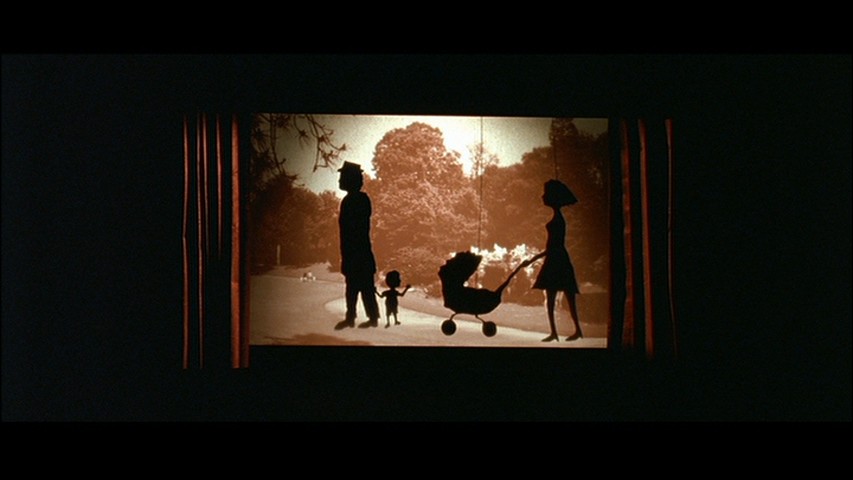 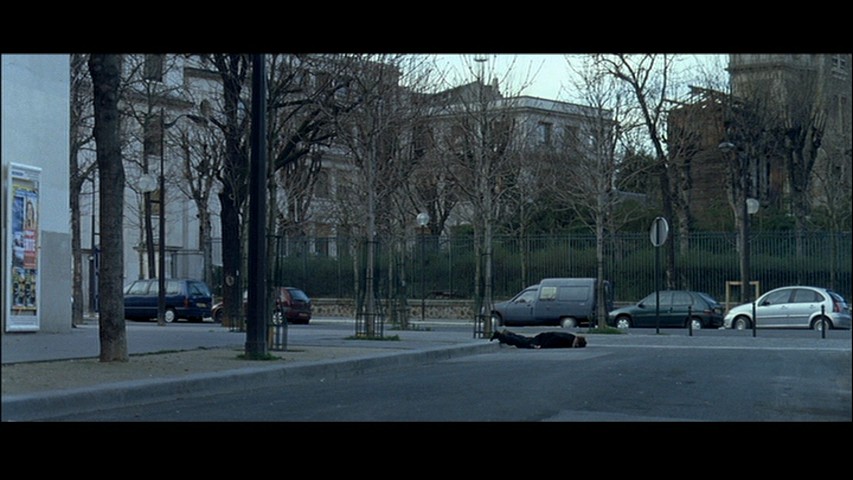 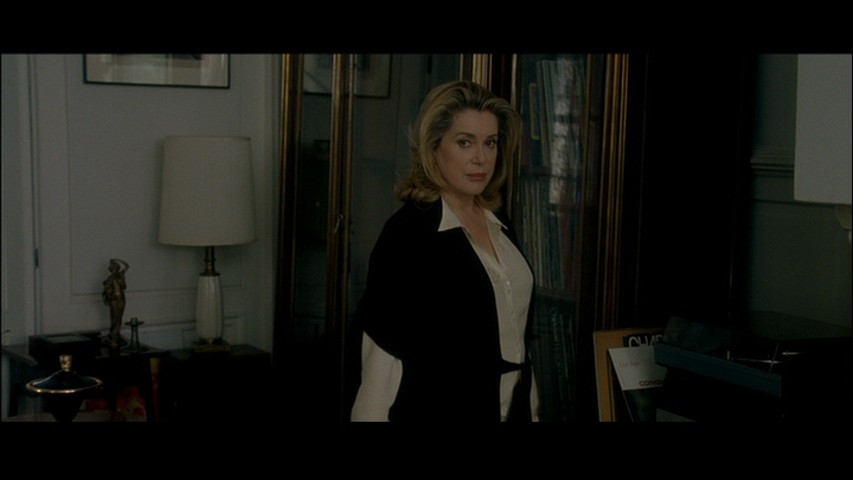 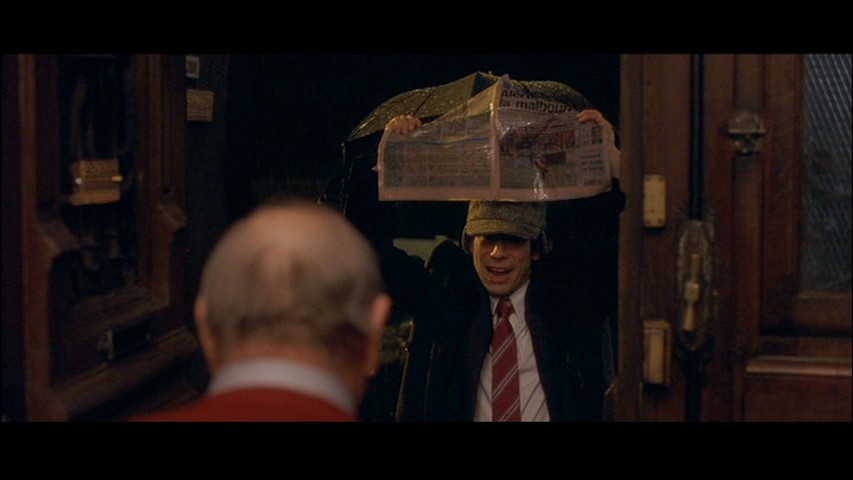 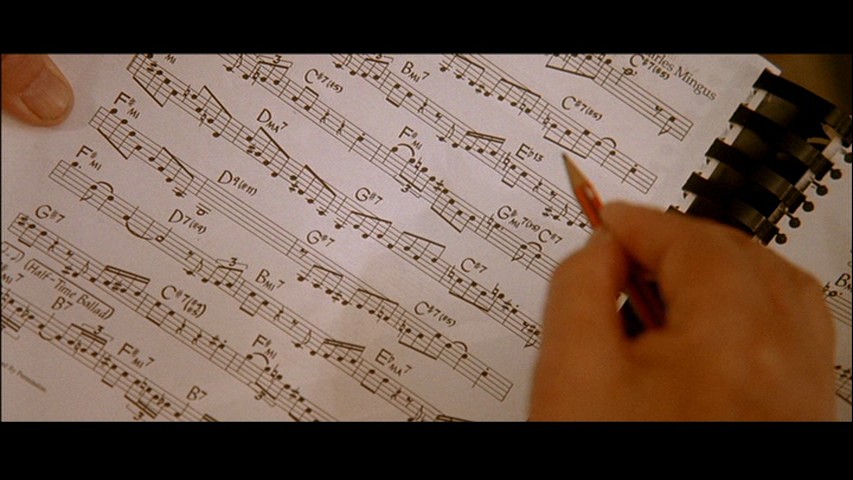 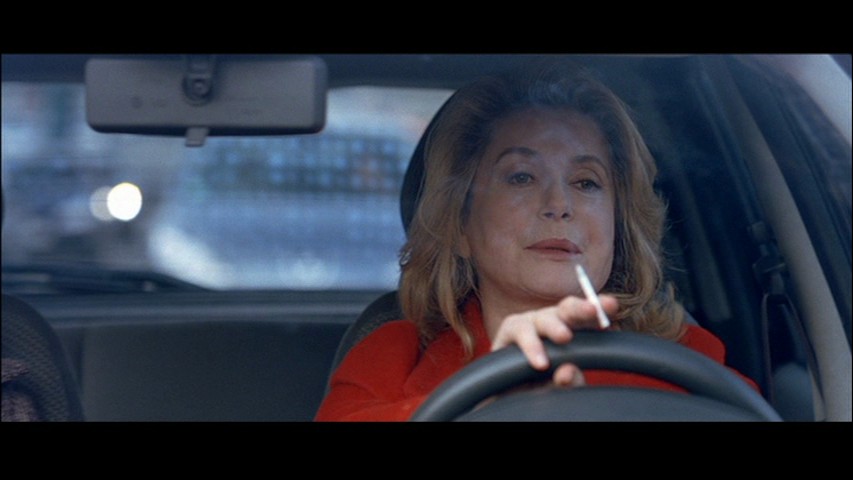 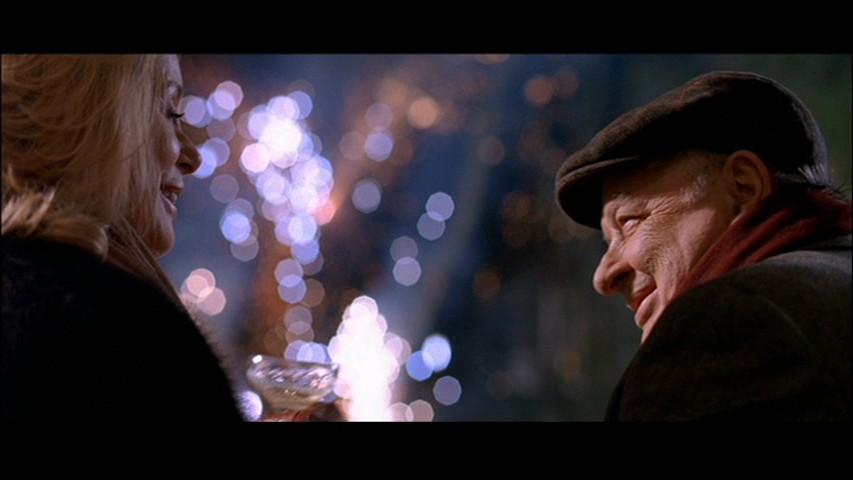 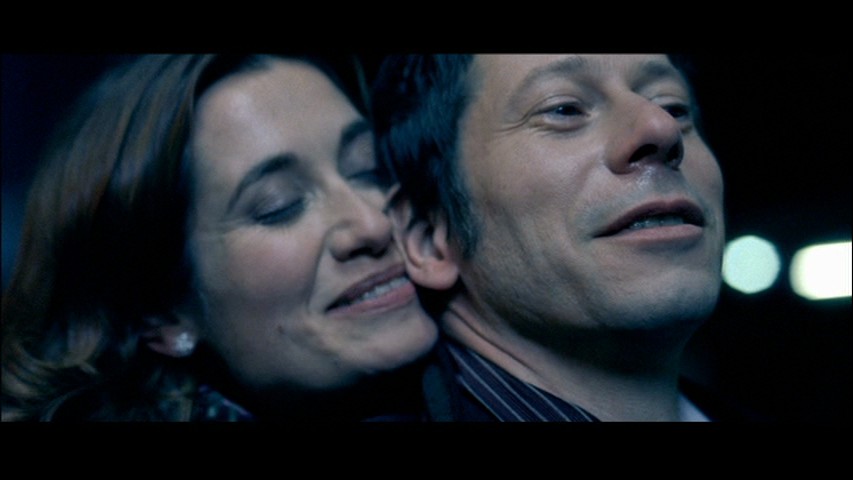 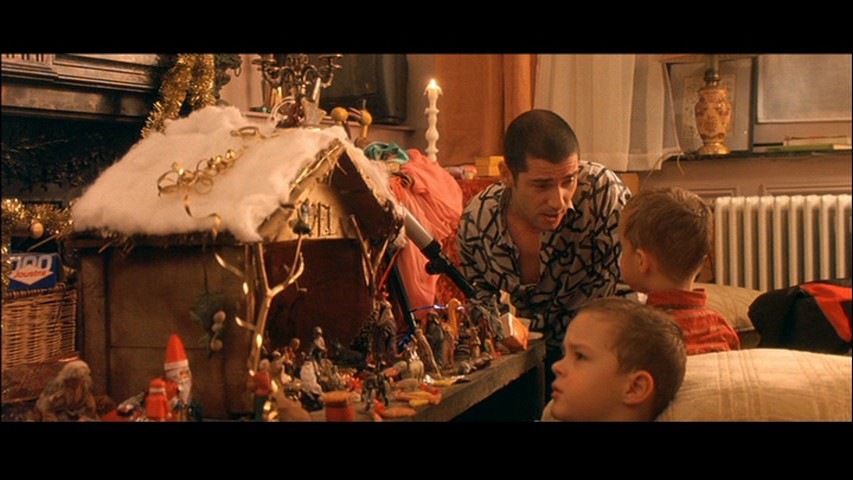 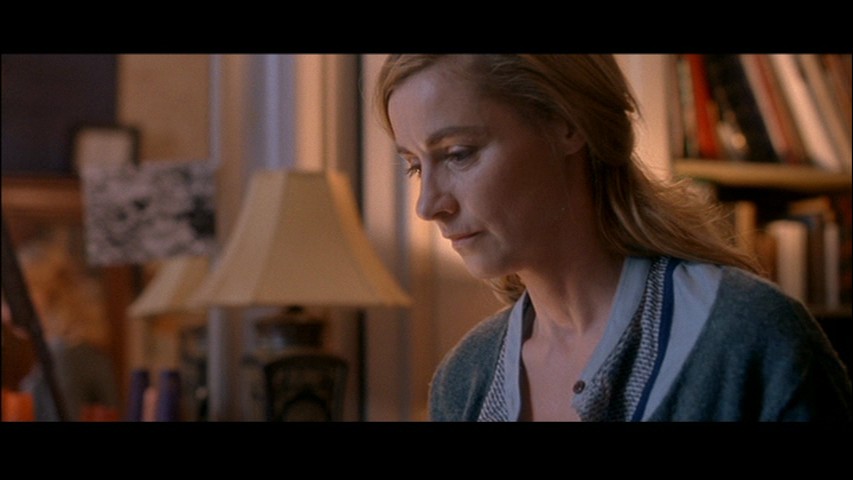 The film presents a subtle, crystal clear Dolby Digital 5.1 Surround track. It sticks primarily in the fronts, with a few effects and some music sneaking to the rears with some decent, noticeable splits. Dialogue and music are both strong and crisp, there’s a surprising amount of range, and bass is adequate. Other than a couple sequences it’s not an overtly dynamic track but it has a few surprises to it.

This is where the disc disappoints. Criterion’s DVD for Gomorrah (another new film licenced from IFC Films) wasn’t up to the level of Criterion’s strongest DVDs but it still offered a rather full platter of strong supplements. Unfortunately this release offers only a couple and is still priced higher. The features are all found on the second dual-layer disc.

The big feature, and the best one on here, is L’Aimée, a 2007 documentary by Arnaud Desplechin. Reading the brief synopsis on the back of the DVD package, which indicates this film is about “the sale of [Desplechin’s] family home,” I can’t say I was looking forward to it. Thankfully it’s much more than that and at an hour (66-minutes to be more precise) it actually feels too short. Narrated and “hosted” (I guess you could say) by Desplechin, the documentary, that doesn’t feel at all like it’s a documentary, begins by stating that his father is selling the family home. Desplechin then more-or-less interviews his father, going through family photos, talking about his father’s mother, who died from TB when he was very young. It ends up becoming quite an engaging piece and a decent examination of family and memories. And as I said it doesn’t feel at all like a documentary at all thanks to Desplechin’s style. While this may seem like an odd inclusion for the set it actually is a perfect addition; after watching A Christmas Tale you can see L’Aimée as a lead-up to that film, covering some of the same themes, but also containing some of the same stylistic choices including framing and use of music. An excellent documentary and a great inclusion.

The only other big supplement is an exclusive making-of put together by Criterion called Arnaud’s Tale. Running 36-minutes it gathers together director Arnaud Desplechin, and actors Catherine Deneuve and Mathieu Amalric. It’s a decent piece, covering the film’s production in a decent amount of detail. A good chunk of it focuses on the characters and the family, the presentation of them, and their issues, plus the actors talk about their roles in particular. Desplechin does talk about the influences (Midsummer Night’s Dream and the film Only Angels Have Wings, though no mention of The Royal Tenenbaums or Saraband, both of which he mentioned in an interview I read) and also talks about his style of filmmaking. He has a majority of the segment, with Amalric and Deneuve disappointingly receiving less screen time. The two speak fondly of the director (and Desplechin likewise speaks fondly of his performers) and mention what attracts them to his films. There was surprisingly very little about Deneuve, but both Amalric and Desplechin talk quite a bit about their working relationship. It’s unfortunate Criterion couldn’t get the three to do a commentary, even if they were all recorded separately, as that probably would have been a little better. It’s a good piece, worth watching and offers some decent insight into Desplechin’s work, but I guess I felt it wasn’t as focused on this particular film as I would have liked.

The accompanying booklet comes with a nice essay by critic Phillip Lopate that covers the film and Desplechin’s body of work. It’s a pretty decent read, though must admit I was a little taken aback when he compares the film to The Family Stone.

(I’ll briefly mention the chapters menu, which are fairly cute. The chapters are presented as an Advent Calendar, the kind where you pull flaps up with each passing date. The flaps are closed but when you highlight a chapter, the flap opens, displaying the chapter index and name. Certainly nothing groundbreaking, but I thought I would mention it.)

And that’s unfortunately it. I understand the release is two discs, and I’m glad Criterion decided not to jeopardize the image quality of the feature by keeping the extras off of that disc and placing them on the second disc, but it’s still a sparse selection of supplements, altogether barely running 106-minutes, and the price does seem a little steep. The couple supplements we do get, though, thankfully are quite good.

It’s disappointing for a two-disc set. The transfer is more than fine, looking quite sharp and crisp, but the supplements, though quite good, are slim. I can give the release a mild recommendation (a stronger one if you can find it cheaper) but must express a little disappointment in it because of the selection of supplements.

See more details around release or compare to other releases 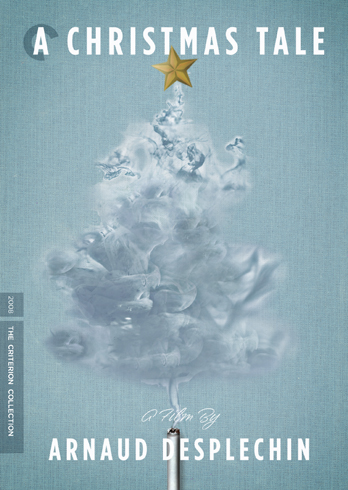