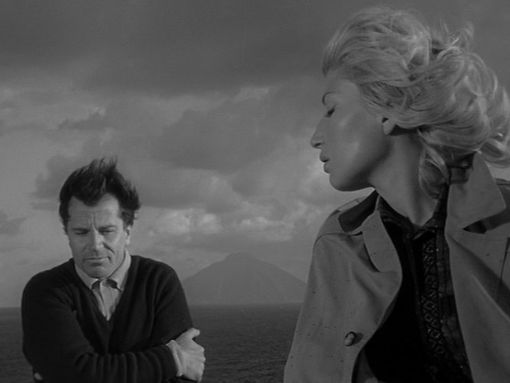 A girl mysteriously disappears on a yachting trip. While her lover and her best friend search for her across Italy, they begin an affair. Antonioni's penetrating study of the idle upper class offers stinging observations on spiritual isolation and the many meanings of love. Criterion is proud to present this milestone of film grammar in a new Special Edition double-disc set.

Criterion’s original 2001 DVD edition for Michelangelo Antonioni’s L’avventura presents the film on the first dual-layer disc of this two-disc set in the aspect ratio of 1.66:1. The image has been enhanced for widescreen televisions.

Though the restoration work is nice the transfer itself leaves a lot to be desired. Contrast is okay, though blacks can come off a bit heavy in places. Detail is decent enough, and long shots present some impressive details, especially in the island landscapes found during the film’s first third. But there is one odd fault that completely ruins things: the first half of the film has been progressively transferred but for some reason, after the layer switch, the image becomes interlaced. This creates some horrible artifacts in the latter half of the film: ghosting, jagged edges, severe shimmering in some tight patterns, and so on. The first half was okay, nothing to write home about, but the last half is pretty terrible to watch.

The restoration is fine, though it still leaves displays heavy damage in places: a few large bits of debris, scratches and some heavy tram lines closer to the end. Overall the print is in good shape, and this aspect is probably the presentation’s strongest aspect. 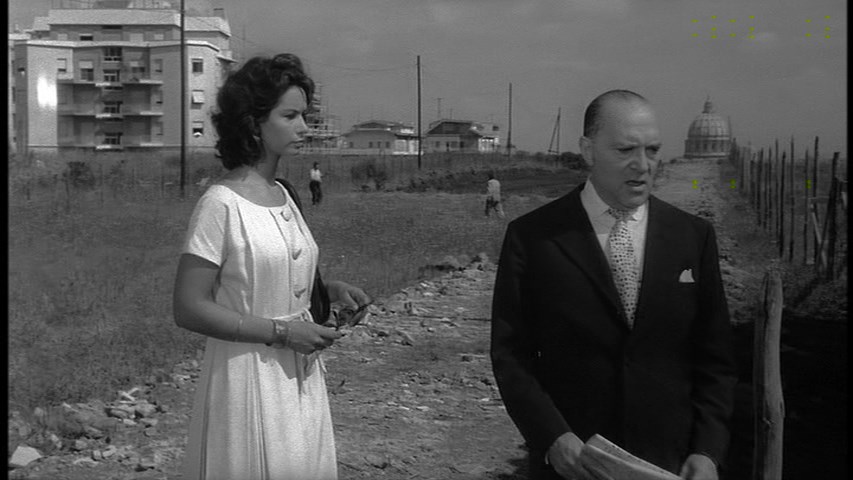 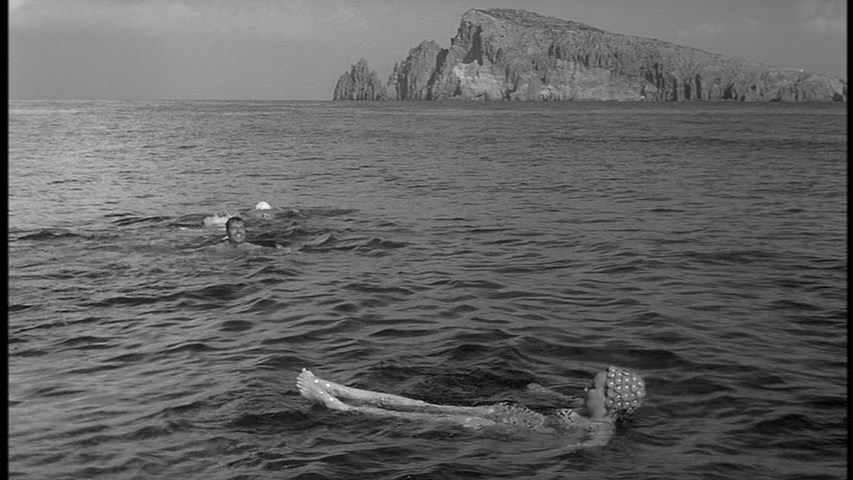 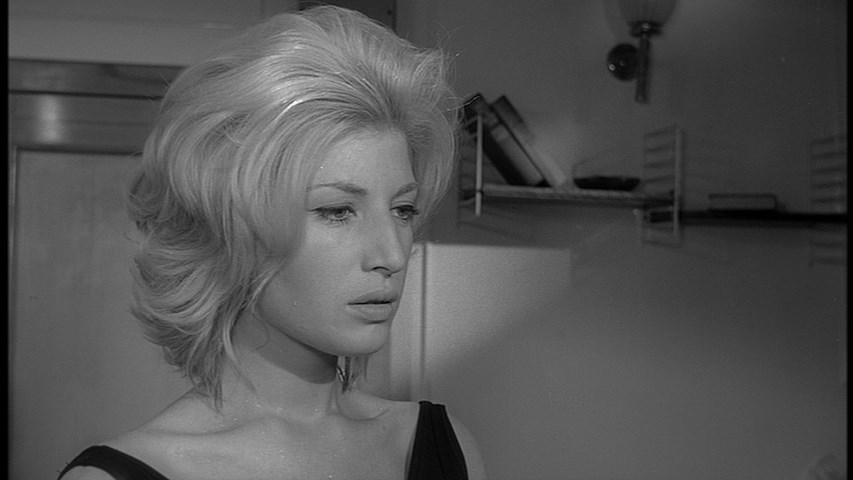 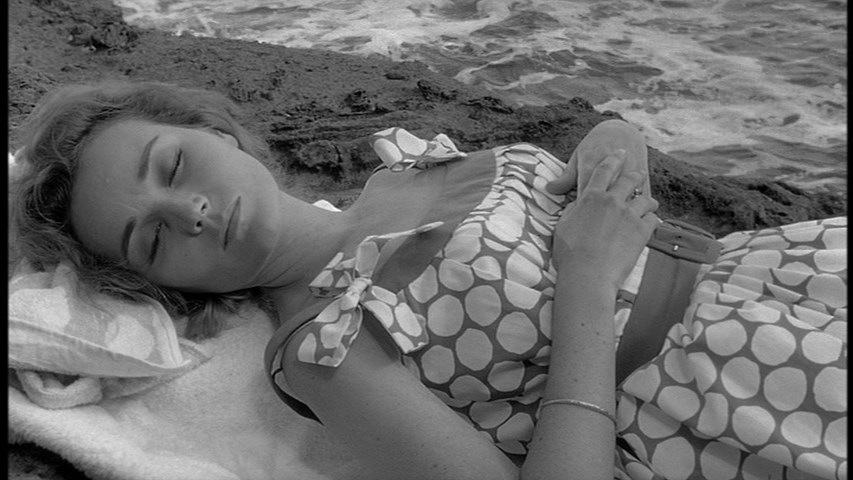 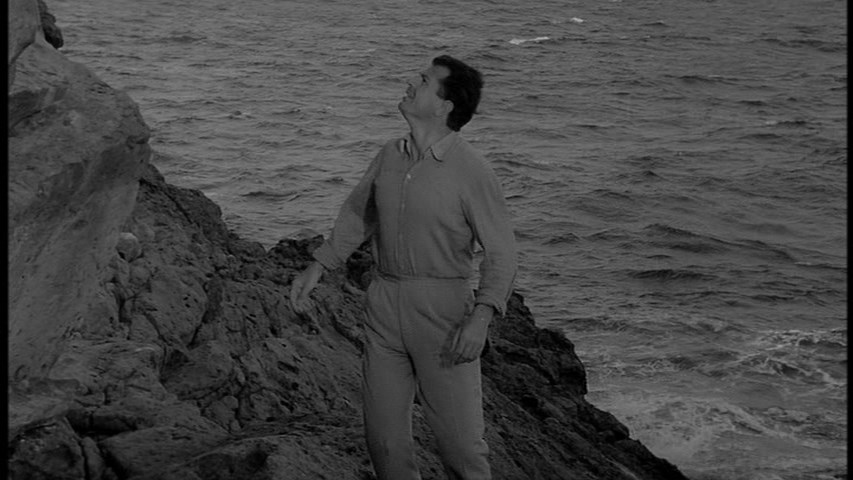 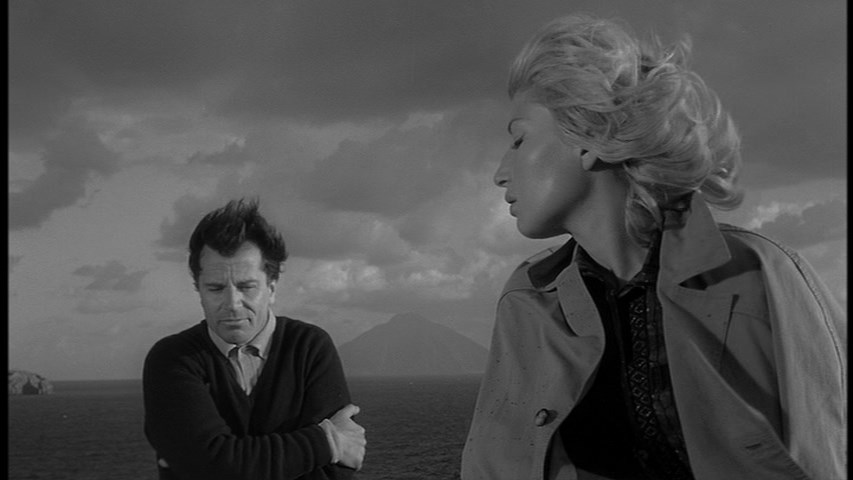 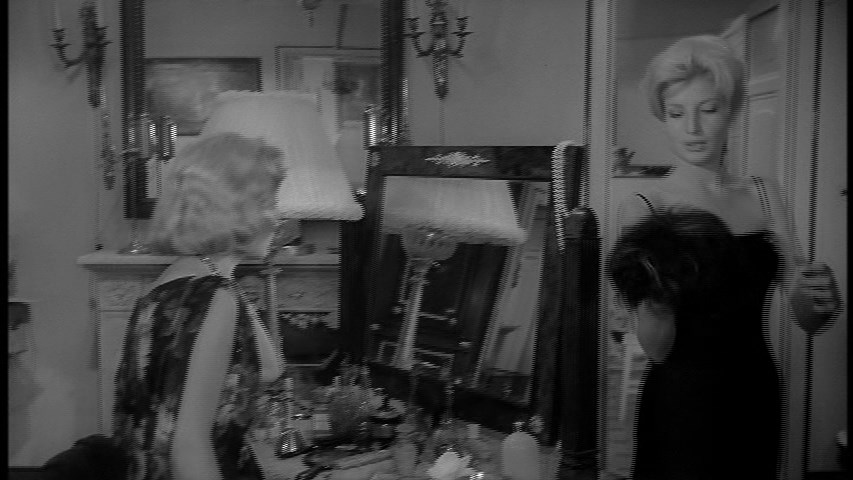 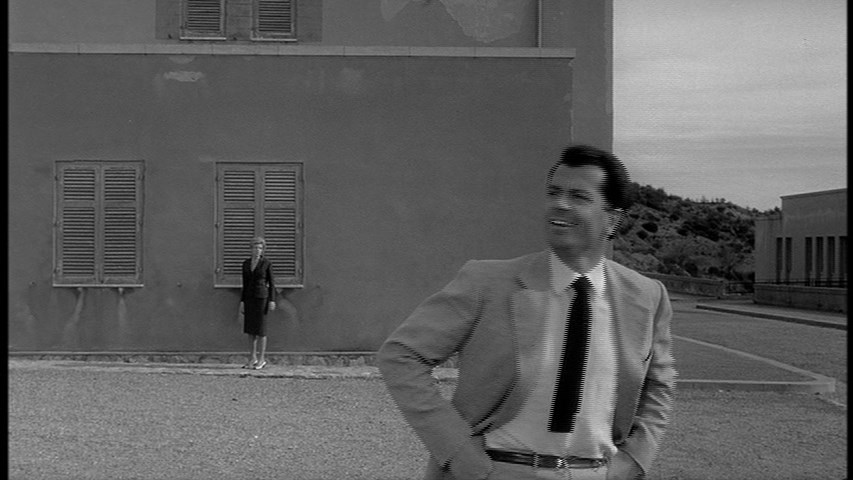 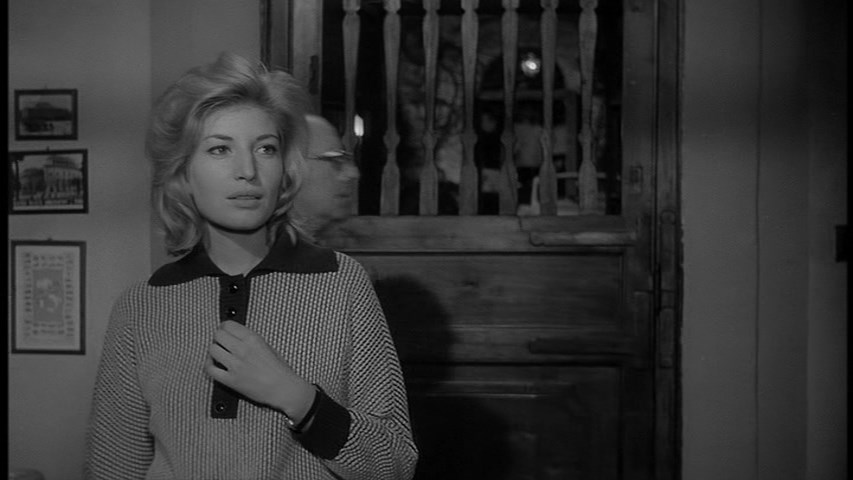 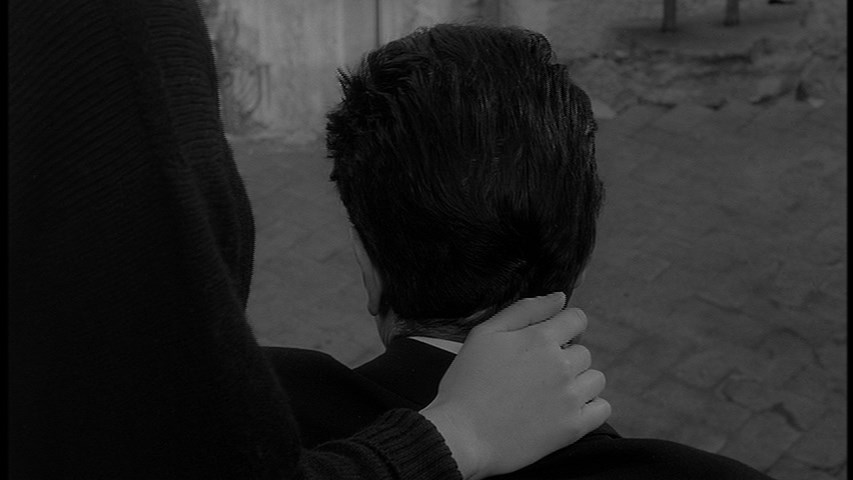 The film’s audio is presented in Dolby Digital 1.0 mono. While it’s easy to make out dialogue the track shows its age. There’s some distortion found in the track, heavier in what music there is, and also some noticeable noise and damage. Fine but open to improvement.

It’s a two-disc edition, though it’s not necessarily packed with a lot. The first disc features an audio commentary by Gene Youngblood, recorded for the original Criterion laserdisc in 1989. Though certainly an older track I still find it a great primer in trying to understand Antonioni’s visual language. Youngblood really tries to explain how the director tells his stories more through the image rather than general narrative, and he explains how compositions, certain edits, movements and actions of characters, and so forth do this. He stresses that certain items, like the buildings that appear or archways that characters pass through aren’t symbols but actual representations or markings of transitions. Youngblood also offers plenty of backstory to the rather troubled production, including the difficulties in filming on the islands in the first half of the film. It’s a strong track, and a fantastic primer for those new to Antonioni, or simply perplexed by the film.

The second single-layer disc presents the remaining supplements, starting with the excellent 58-minute documentary on the director, Antonioni: Documents and Testimonials, made in 1966. Featuring a number of interviews with those that knew him, including but not limited to Federico Fellini and Monica Vitti, as well as footage of the filmmaker at work, it’s a nice overview of his work, up to Red Desert at least, with some good stories (particularly one from Vitti about L’avventura’s notorious premiere).

We then get audio of Jack Nicholson reading a couple of Antonioni’s essays. Running 21-minutes in total, it features Nicholson reading Antonioni’s essay “L’avventura: A Moral Adventure” where the filmmaker discusses why he makes movies, how he sees film, and recalls some of the more difficult aspects of the shoot. He also reads “Reflections on the Film Actor”, where Antonioni bluntly states how he sees the actor and how a director should work with an actor, with the more important rule being to never let the actor know what the director is intending. Nicholson then talks a bit about his experience with the director, which he recalls being very pleasant, and shares a couple of humourous anecdotes.

The disc then closes with the film’s theatrical trailer and then a 3-minute restoration demonstration, using a series of split screens and before-and-after demonstrations to show how the film was restored, even comparing to an older DVD edition for the film. A lot of work did go into it and what we get is an improvement, but Criterion still ruined it with the interlaced final half.

Criterion then includes an excellent insert. It features an essay on the film and Antonioni by Geoffrey Nowell-Smith, along with Antonioni’s statement about the film made at its Cannes showing, as well as an open letter written and signed by members of the Cannes jury praising L’avventura despite its poor reception at the festival.

Not a packed edition but there is some great stuff on here, and most importantly what we get does aid in appreciating and understanding this film.

It was a nice special edition but unfortunately Criterion’s transfer drops the ball when it goes interlaced in the last half. Now with a new Blu-ray edition that drastically improves the presentation and drops all of the severe problems of this edition I would direct all to that one. 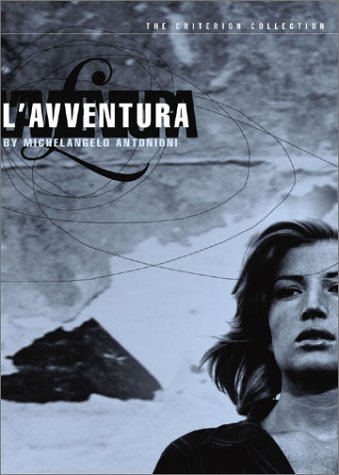