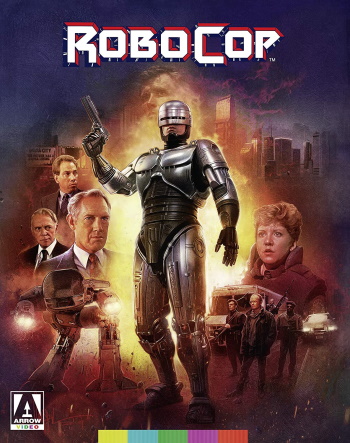 Directed by: Paul Verhoeven
Featuring: Peter Weller, Nancy Allen, Ronny Cox, Dan O’Herlihy, Kurtwood Smith, Miguel Ferrer
In the not-too-distant future, a newly transfered Detroit police officer is remade into an indestructible cybernetic cop after being dismembered by a gang of thugs in an abandoned warehouse. Reborn as RoboCop he is programmed to serve and protect the citizens of Detroit and eliminate the rampant crime in the city streets so that a massive city-wide reconstruction project can get under way. But once he has completed his task, he sets his sights on the corruption inside Security Concepts - the corporation that created him.