Discuss DVDs and Blu-rays released from Arrow and the films on them. 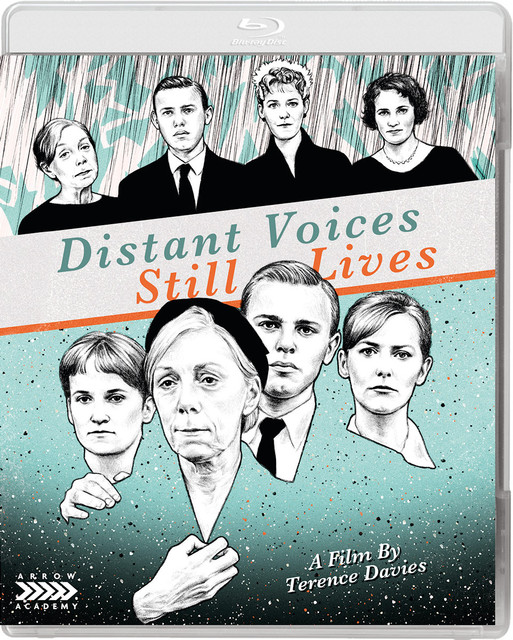 Loosely based on the director’s own family and upbringing, Distant Voices, Still Lives presents an evocative account of working-class life in Liverpool, England during the 1940s and 50s. Births, marriages and deaths – and an expressive use of music – provide the underpinning for a film that is beautiful, heartbreaking, resonant but never sentimental.

Now regarded as a masterpiece of British cinema, and boasting a startling performance from Pete Postlethwaite (Romeo + Juliet, Inception) as the head of the family, Distant Voices, Still Lives has been treated to a glorious 4K restoration by the British Film Institute.

Awesome! Thrilled this a coming out and with a 4k resto.
Top

And coming later this year (I presume) from BFI too, for us UK folk. Hopefully this is a joint effort meaning very similar specs (e.g. Psychomania).
Top

Yes, it's supposed to be coming in October
Top

Yes, that's absolutely the situation. The BFI doesn't have a US arm, and Arrow does, so it makes perfect logistical sense.

Obviously, it will be the same BFI restoration, and it may very likely be literally the same encode, especially if someone like David Mackenzie ends up authoring both discs (which would make perfect logistical sense too).

Earlier examples of similar situations include Out 1, where the Arrow and Carlotta menus differ but the actual video encodes are exactly the same .m2ts files - there was very little point doubling all that effort - and I believe Psychomania is in the same position too. And although the extras on the US editions of Immoral Tales and The Beast differ from the UK ones for various rights-related reasons, the main feature encodes were literally lifted from the UK discs - David and I were perfectly happy with how they turned out, so why not save time?
Top

Here's the trailer for the restoration. Looks gorgeous.
Top

Indeed. Very excited for this.
Top