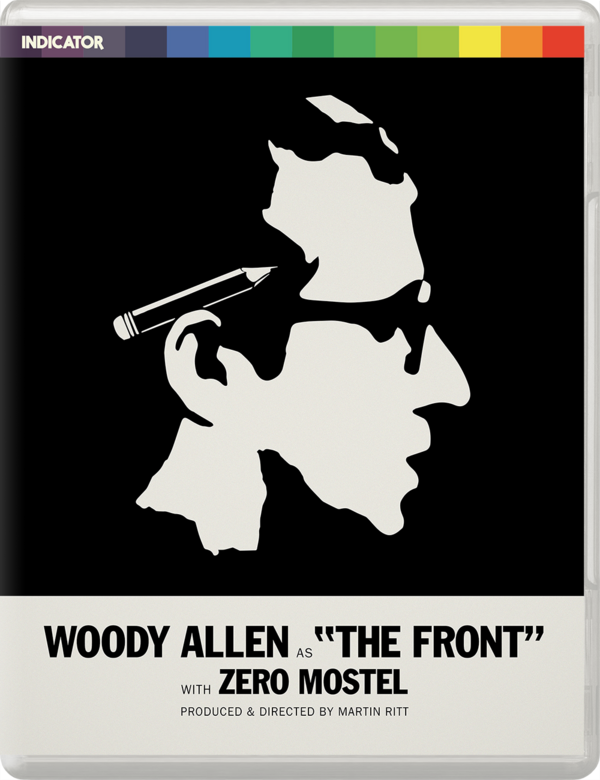 I found this really disappointing, and there's a lot here that doesn't work. Allen is alternately what's right and what's wrong here: he's amusing, but also at odds with the more serious tone the rest of the film surrounding him takes. I think the whole touted involvement of so many Blacklisted participants is more of a gimmick than retributive asset, and I couldn't help but wonder why the whole film didn't take the tone of the last five minutes and just present a feature-length fantasy of Fuck Yous to HUAC if that's all it wanted to do anyways. As is, this just isn't much of a movie.

Are there any good movies about the Blacklist? I haven't seen the one with De Niro, maybe it bucks the trend?
Top

I saw the De Niro, Guilty By Suspicion, back on release in 1991. I actually had to look up the name of the film just now, which tells something about how little memorable there was about it. A major let down at the time, given that it had been well hyped with magazine cover stories; one even described it as a De Niro "comeback" film, if I recall correctly.

I haven't watched The Front yet, but I suspect the great film about HUAC et al is yet to be made. I would give a mention to Daniel Taradash's Storm Center in the same vein, although that does have a bit of a Stanley Kramer feel to it - trying just a little too hard.
Top

I'd pretty much agree re Guilty By Suspicion - it's the epitome of early 90s awards bait. I remember a lot of the focus being on this being the Directorial debut of Irwin Winkler at least as much as on De Niro - oh, and quite a lot was made at the time of Scorsese's glorified cameo as (effectively) Joseph Losey.

Philip French had a soft spot for films set around the HUAC / Blacklist - I'm sure he put Yates's The House on Carroll Street on his Best Of that year, but again I don't recall being hugely impressed by that either.

Additional note: In one of the Shock Xpress volumes in the early 90s, there is a typically excellent piece by Kim Newman about cinematic representations of the HUAC and the blacklist - next time at my parents house I'll dig it out.
Top

I didn't find the film itself all that interesting, except in terms of Woody Allen's career. Falling directly between his early comedies and his first "serious" film, it seems plausible to me that the more serious tone and subject matter of this film had an immediate influence on Allen's own work (obviously for the better), and thus by association the film should be awarded a much greater esteem than the film on its own would merit. That said, I'm just speculating here and I don't know whether Allen scholars see the film in the same way.
Top

GoodOldNeon, that seems plausible. Apparently a lot of press at the time was really selling this as Allen making a dramatic shift, but he's just doing comedy the whole time. I think, if one forgoes Play It Again, Sam since he wrote it, this does show yet again that Allen isn't a good fit for other people's projects (and has bad taste in which ones he accepts!)
Top
Post Reply
6 posts • Page 1 of 1