Holy Jesus is this a terrible movie. It's hard to know where to even begin.

But I guess my main question is, why the hell did these filmmakers want to make this movie? It's a deeply retrograde film in which a woman just can't handle doing a man's job - at one point, a man - and a deeply unsympathetic man, at that - says that Lucy "just can't handle the ride," and by that time it's impossible not to agree with him. And even worse, Lucy is painted explicitly as a role model for a young woman to follow, right before she goes straight off the deep end (which she does sort of literally at one point, in one of the movie's numerous heavy-handed metaphors). It's like incel trolls decided to make a movie in an attempt to sabotage the women's equality movement.

And I have to say that I'm offended by the premise. We are led to believe that Lucy's problems are a result of her going into space and having the euphoric experience of seeing the earth and the cosmos in all their transcendent glory. But ... why? I can certainly understand how it would be difficult to adjust back to everyday life, and I can certainly understand that the drive to get back into space would be as consuming as any other addiction. But I cannot believe what the movie is telling me, that such an experience would trigger such a complete breakdown. It's a) extremely reductive in terms of diagnosing mental illness, and b) a bizarrely conservative view of space exploration, with the implication that humans (and again - especially women) are just too feeble to handle stepping outside of our narrow everyday experience, a view that is reinforced by the religion in the movie. On the heels of Ad Astra, that's now two movies that have taken this grim view of the spirit of exploration.

But on top of all that, it's embarrassingly poorly made; I can't remember the last time I saw a movie in which a director did so much stuff with so little apparent discipline. See the movie, you'll know what I mean. The music blatantly cribs from Zimmer's Interstellar score for the first half-hour or so, which is primarily occupied by Portman staring up reverently into space. Portman can be very good in a the right role with a good director, but this is probably the worst performance I've ever seen from her; in fact I don't think it's even close. And for that matter, Dan Stevens, as Lucy's husband, for some reason decides to do his best Cary Elwes impersonation - never a good choice.

Basically I just have no idea what the hell is going on with this. I'll take you guys' word for it that Hawley did good TV work, but I can't imagine he could make a good film based on his work here. It's a spectacular failure on every possible level - misconceived, misjudged, and poorly executed.
Top

He did do good TV work, but it's worth noting that he was working within an already very robust template and that even in that safe playpen he occasionally managed to sloppily climb over the walls in inopportune ways. The three seasons of Fargo are, on the whole, very compelling but have big head scratching moments that are trussed up to be profound the way that some of the great cinematic twists can be, and are not. I can absolutely see how Hawley could be someone who is not the up for the job of making a good feature film. The world has room for more than one Ryan Murphy, and I suspect in an age of prestige television becoming the predominant form of telling high profile, large canvas stories for adults, he won't be the last to join this club.

Oh, and it appears that the misogynist responsible for bringing this one to the screen was Reese Witherspoon, whose production company chose it as vehicle for her to star in until it conflicted with shooting the second season of Big Little Lies and Portman was brought in. Bullet dodged, I guess - but I'm guessing she won't have turned a profit by the time all's said and done.
Top

I mean, it doesn't have to be misogynist, I guess. And I even suspect that the filmmakers thought they were giving this story a feminist slant (from the limited amount I know about the real story, a very key detail of the attack was changed) (and I don't mean the diapers). But it's an exceptionally odd story to want to tell from a feminist perspective - you'd basically be reduced to "power structures are so unfair to women because sometimes the guy a woman willingly and even enthusiastically has an affair with doesn't love her back and then men in power look down on her when she loses her shit over it."

Murphy seems like a potentially good comparison. I definitely got the same "who the fuck thought this was a good idea?" feeling from this as I got way back when during Running With Scissors.
Top

That was just me being silly, I assure you I didn't re-use the term as a value judgment of your review of this movie. I don't consider Witherspoon (or Portman's) tastes to be infallible in the slightest. Witherspoon got Wild made the same way, and that was similarly dubious.
Top

No offense taken, by the way. I knew what you meant.
Top

This movie was utter dogshit, but that's not what's important to me right now - did anyone notice an entire one liner and response that was totally stolen from The Simpsons? "Where did you get that brownie?!" Shameless, but par for the course for one of the worst screenplays I've ever witnessed onscreen in horrible, smeary finished form
Top

I don't recognize the Simpsons line but I also don't remember the line in the film. Maybe I was distracted - was the aspect ratio changing at the time?
Top

Ah, right. I distinctly remember now that I was taken by how the fourth aspect ratio change was BRILLIANT for how expressively it metaphorized Lucy's internal dynamicity vis a vis brownies after the transplendent wonders of outer space.
Top

I can only join the chorus here. Lucy in the Sky is easily one of the worst films I’ve ever seen. Talk about sound and fury signifying nothing. All the aspect ratio crap, all the (horrendously ugly) special effects, all the weird dramatic music, all the over-the-top terrible acting… for what? There’s no story. There’s no arc. There’s no nothing. It’s just people talking and then suddenly there’s a can of bug spray and then it’s over. What the ever loving fuck was this director trying to accomplish? It’s baffling. It’s also one of the dumbest things I’ve ever watched. I could cite perhaps dozens of dumb things but I was especially struck by the scene where Portman shops the bug spray/box cutter/surgical supplies/Twinkie/Halloween costume aisle of the gas station convenience store while “Private Idaho” by the B-52s plays on the soundtrack. That scene blew my fucking mind. And the stop motion “Lucy in the Sky with Diamonds” bit that looked like a pale imitation of Peter Gabriel’s “Sledgehammer” video. That was when I knew I had gone to hell.

I haven’t seen a movie this overblown and pointless since Aloha. I used to think of that as a low point in recent cinema history, but this thing dug ten meters deeper than that. Good god. Someone should be flogged in the public square for allowing Lucy in the Sky to exist.
Last edited by CSM126 on Sun Oct 13, 2019 8:22 pm, edited 1 time in total.
Top

I really want to see this now.
Top 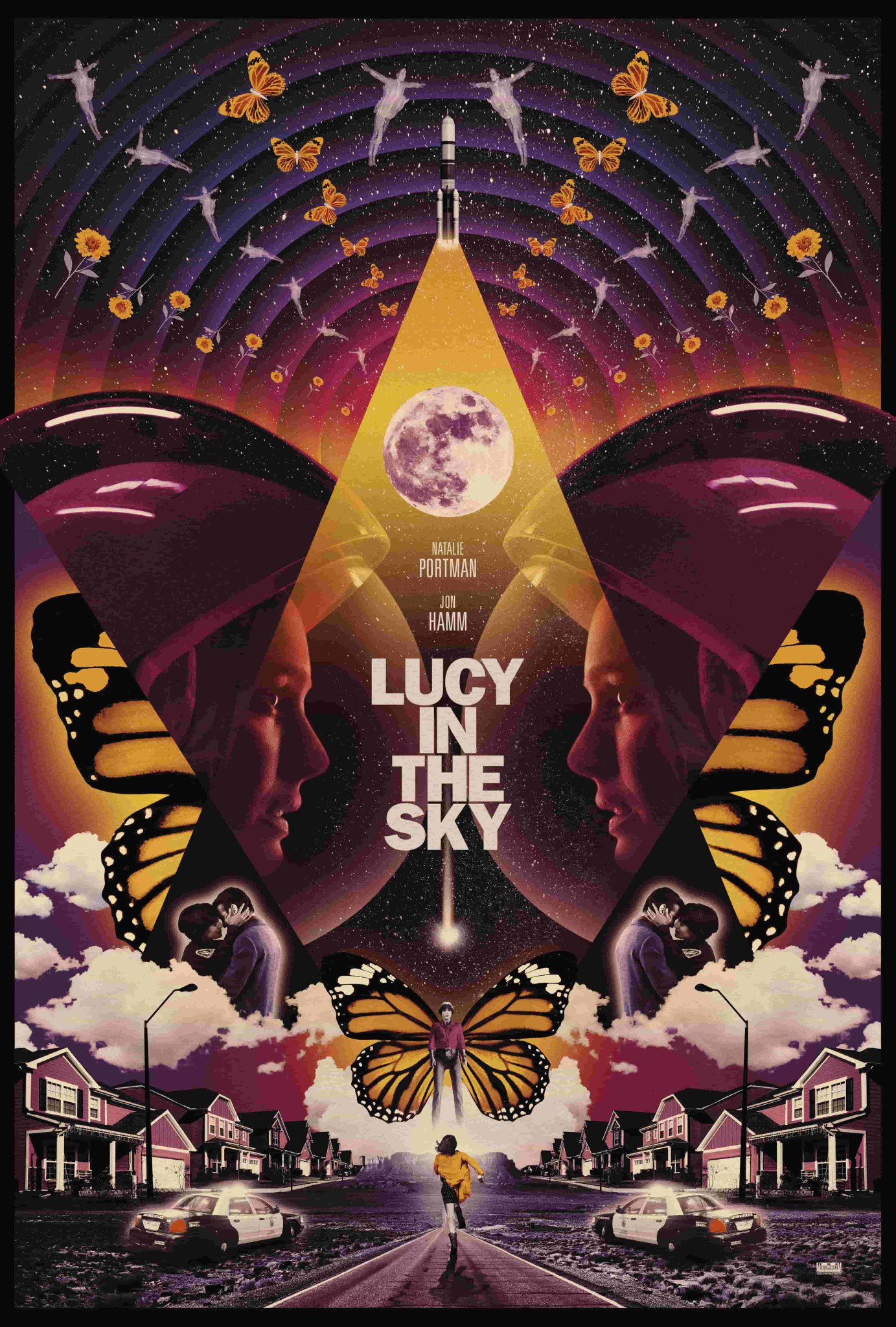 or just listen to the Beatles song instead...3 minutes and it's over.
Top
Post Reply
39 posts