feihong wrote: ↑
Thu Mar 05, 2020 3:04 pm
That correct as far as I can see about the subtitles. To be fair, I saw this in the theater about 6 times when it came out, and none of the sign language or Maori dialogue was translated there.

That's fascinating. I have never seen The Piano theatrically but have owned multiple home video copies of it going back to VHS in the late 90s, as well as seen it on TV, and all of them prior to the Lionsgate R1 Blu-ray had subtitled that dialogue. I'm not sure what part of the world you're in; could it be a regional difference? It's possible to follow the movie without those subtitles but they add immense resonance, as when Ada explains that she and Flora's father could communicate without speaking (setting up a parallel to the later scene in which Stewart claims to have heard Ada communicating with him telepathically), to take only one example.
Top

I live in Los Angeles. Now that you mention it, I do remember the scene you talk about being subtitled, but I also recall that scene being an outlier. I'll check the disc again to see if they handle that scene any differently than the others.
Top

FWIW, the script specifies subtitles for some but not all of the non-English dialogue.
Top

What perfect timing--my copy of the Blu-ray was waiting for me when I got home today. I'm happy to report that all of the subtitling appears to have been restored and displays automatically (i.e., even with the rest of the captions turned off). It's a slightly different subtitle translation which I find interesting. (Ex. "It's a coffin. Let the sea bury it" is now rendered as "Push the coffin into the water.") There are some brief moments where Ada's sign language is not subtitled but I believe these were never subtitled in any of the previous versions.
Top

Drucker wrote: ↑
Mon Feb 03, 2020 11:43 am
Saw the 4k restoration trailer of Caibiria yesterday at Film Forum and can pretty confidently say that it doesn't seem to come from a new restoration, FWIW. It had scratches on it and pulsing brightness at various points.

I’m assuming this Film Forum trailer is a new, different one? Or does this exhibit all the problems detailed re: the Japanese blu-ray and I just can’t tell (watching it on my phone)? Would be great to know the restoration isn’t a bust after all...
Top

Here is a screenshot from JPN Blu-Ray: 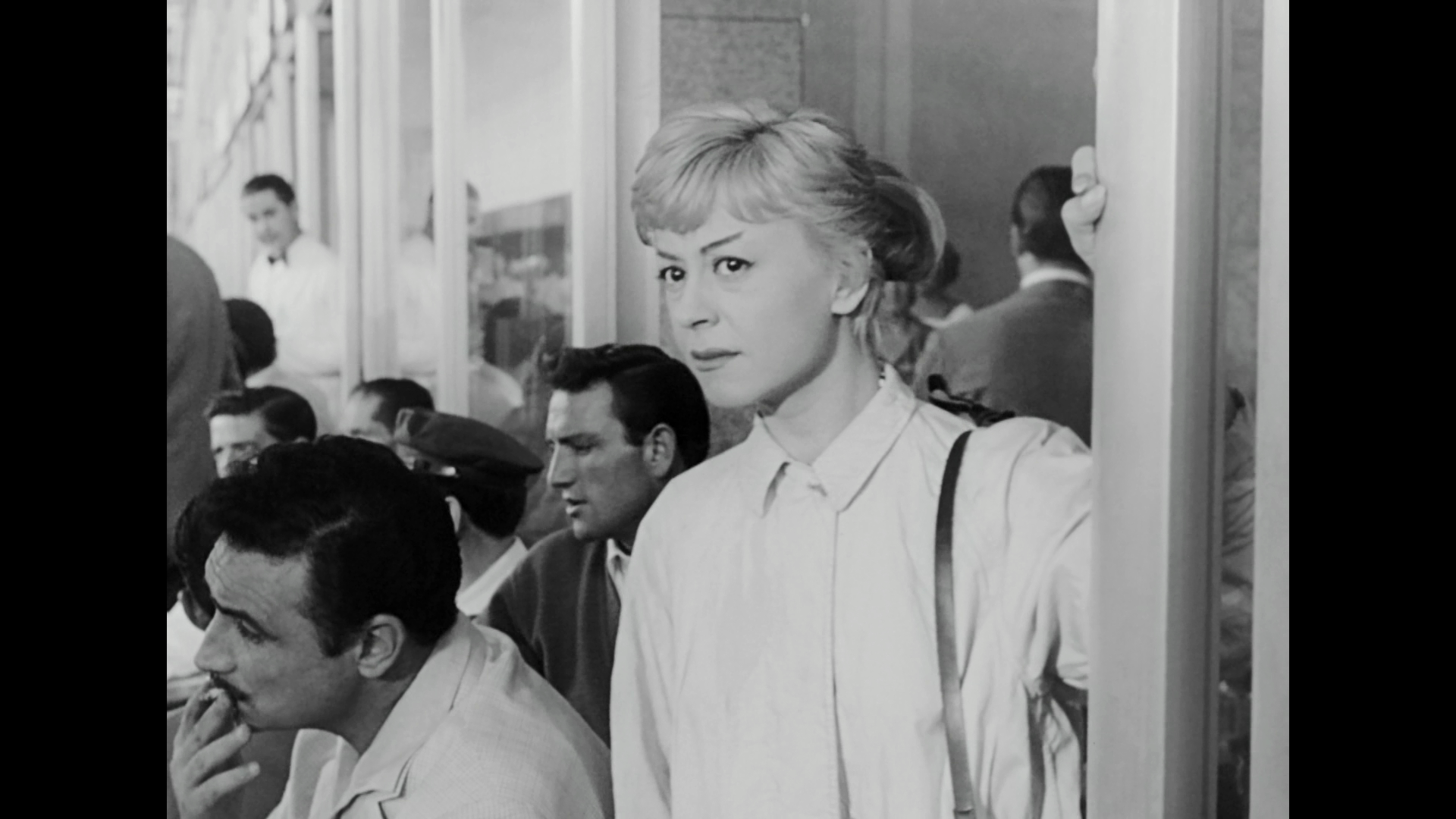 And here is the same shot but from the new FilmForum trailer: 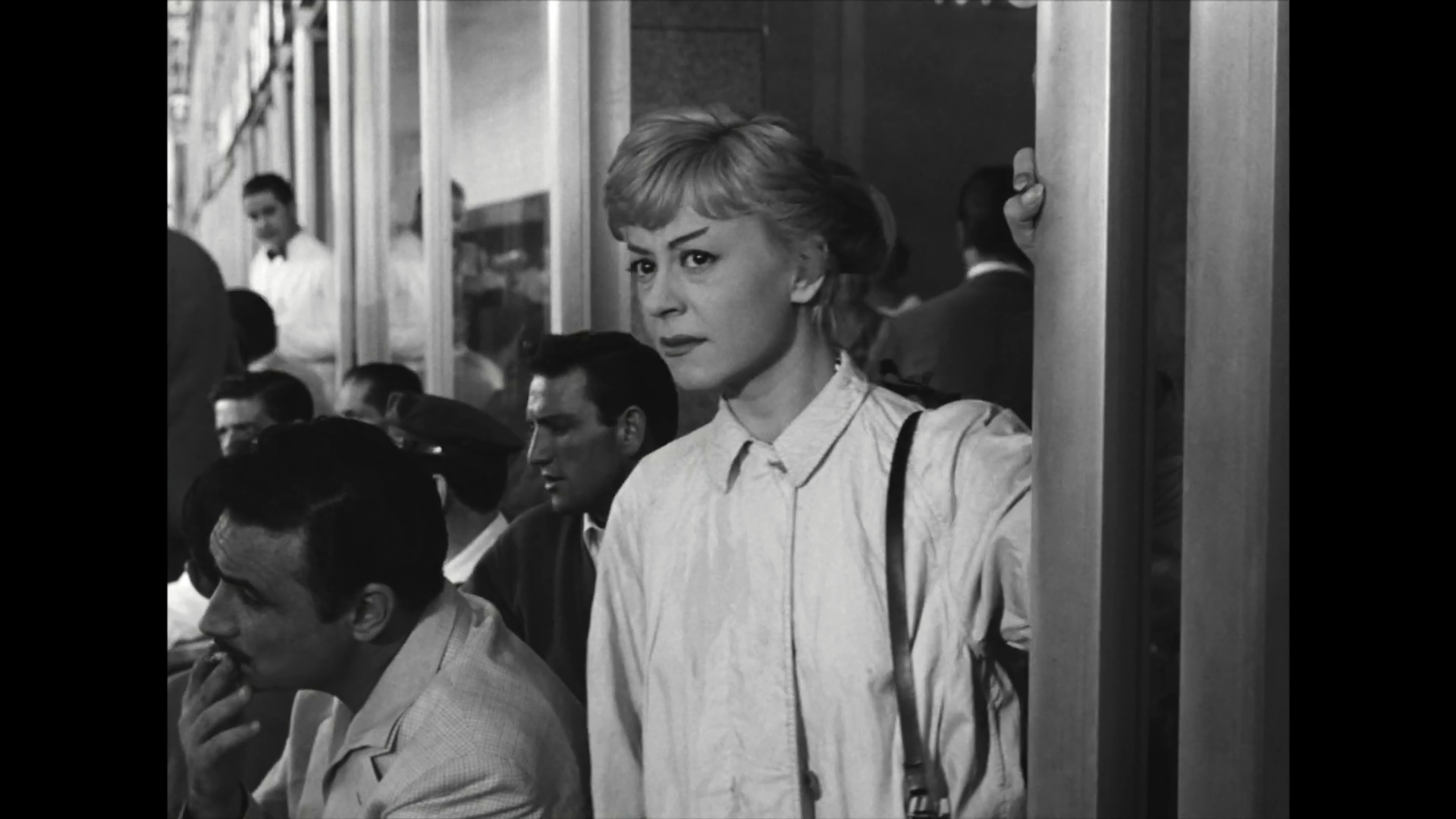 I apologize for uploading such big pictures, but I think they will be informative.
Top

It's bizarre but I swear the Film Forum trailer floating around online is not the one I saw at the actual Film Forum the other week. I am 100% positive there were scratches and pulsing in the picture.

A Tempted Christ wrote: ↑
Sat Mar 07, 2020 3:55 am
I apologize for uploading such big pictures, but I think they will be informative.

Drucker wrote: ↑
Sat Mar 07, 2020 10:52 am
It's bizarre but I swear the Film Forum trailer floating around online is not the one I saw at the actual Film Forum the other week. I am 100% positive there were scratches and pulsing in the picture.

Thanks! What a strange saga this has been. I wonder if the Japanese Blu-ray and/or earlier trailer were not actually from the new restoration, or if that blu had been unnecessarily messed with, or if additional work was done since then. I assume all the improvements evident here should go for the expected Criterion release? Hopefully also the StudioCanal one? Fingers crossed anyway..
Top

I hope to christ the IVC disc is from an old master. IVC don't usually do further "work" on the Canal masters, but they do often use an older master, like the earlier 1080p Canal La Religieuse which is much better color graded than the ugly new 4K. These screens might be passed off as simply overblown whites and overblown blacks but the new trailer looks nothing like the IVC disc.
Top

Australian retailer Kicks (who appear to be the equivalent of Zoom in the UK) have listed Verhoeven's Basic Instinct 4K UHD for July, and Kurosawa's Ran for September. If the latter is correct then it should be the existing restoration from 2016, which makes me hope they will also release Mulholland Drive on UHD.
Last edited by eerik on Sat Mar 28, 2020 10:48 am, edited 1 time in total.
Top

It says they’re run by Universal Sony Pictures Home Entertainment Australia. Not sure if that has any effect on the films they sell, though they only deliver to Australia.
Top

Indeed, Sony/Universal also run Zoom.co.uk, which I already mentioned, but that's not really the point. If these discs are released in Australia, then they will definitely be released in Studiocanal's European territories as well. Kicks also has Flash Gordon listed for July, which already has at least one listing in France for June.
Last edited by eerik on Sun Mar 29, 2020 5:03 am, edited 1 time in total.
Top

The new 4K restoration of Notti di Cabiria has Now been mastered by Canal for UK and German markets. It’s come out in the latter on Arthaus label. The comparison with the older Kadokawa disc (not IVC) is chalk and cheese. Clearly the master for the Jap disc is old and quite weak. The new 4k is a beaut, loads of grain, full range of black and gray scale. Great audio.
Top

Didn’t know about the Zoom connection, just thought you meant the type of store, but yeah, I know; but I wrote the post and for some reason didn’t delete it. It was done and I left it that way.