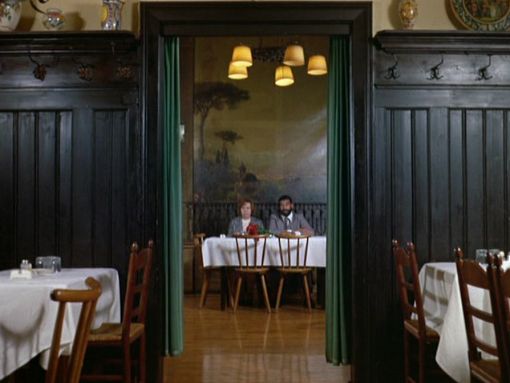 Rainer Werner Fassbinder, already the director of almost twenty films by the age of twenty-nine, paid homage to his cinematic hero, Douglas Sirk, with this updated version of Sirk's All That Heaven Allows. Lonely widow Emmi Kurowsky (Brigitte Mira) meets Arab worker Ali (El Hedi ben Salem) in a bar during a rainstorm. They fall in love--to their own surprise--and to the shock of family, colleagues, and drinking buddies. In Ali: Fear Eats the Soul (Angst essen seele auf), Fassbinder expertly uses the emotional power of the melodrama to underscore the racial tensions threatening German culture.

The Criterion Collection presents Rainer Werner Fassbinder’s Ali: Fear Eats the Soul on DVD in its original aspect ratio of about 1.33:1 on the first single-layer disc of this 2-disc set. Because of the aspect ratio the film has not been enhanced for widescreen televisions.

Coming back to this release from 2003 I was shocked to see how well it actually holds up. Though it has a few soft spots here and there (hard to say for sure but it looks to be more source related) the image is actually quite sharp with a decent delivery in fine object detail in long shots. Colours are also particularly strong, with nice dashes of reds and oranges, and the outdoor dining scene with the yellow chairs and tables looks quite wonderful. Blacks are fairly decent as is shadow delineation.

A few marks remain, though nothing particularly problematic and the restoration job overall is good. Compression is a little more noticeable here, and I wonder if maybe providing more room on a dual-layer disc would have helped in this area (I always found it odd that Criterion gave the film its own single-layer DVD with the supplements appearing on a dual-layer one despite the fact they run shorter than the film).

At any rate, it still looks good, though is clearly outshined by a recent Blu-ray edition released by Criterion, which is so much sharper and presents even better looking colours. But for those still with DVD this edition still holds up fairly well. 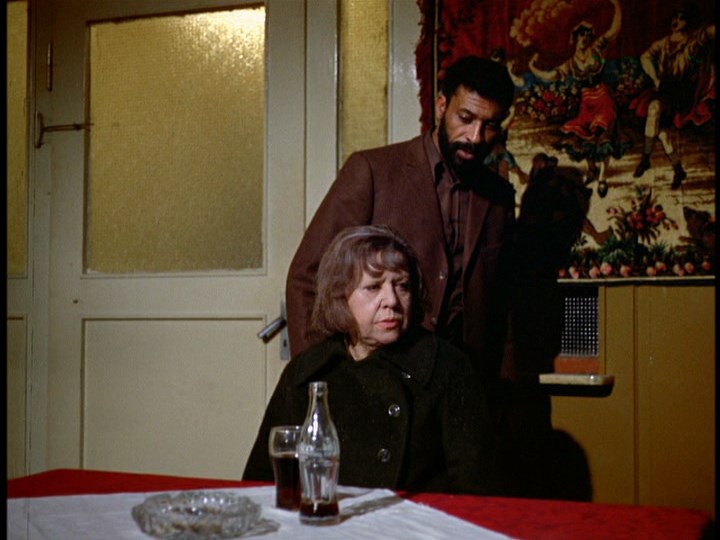 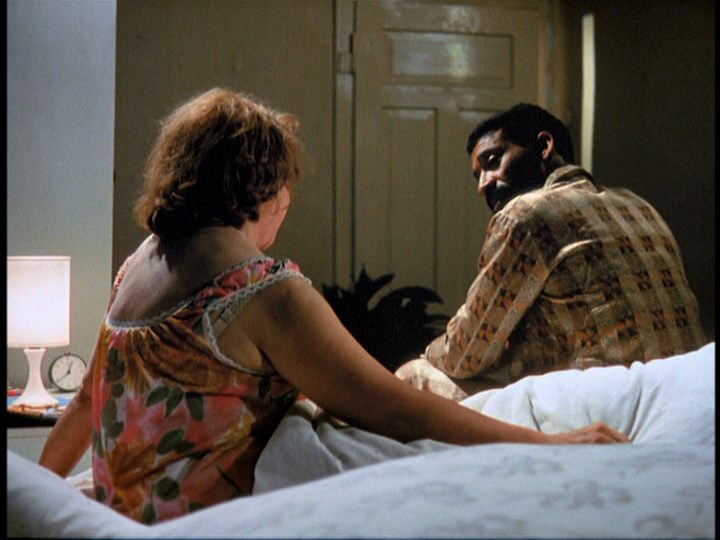 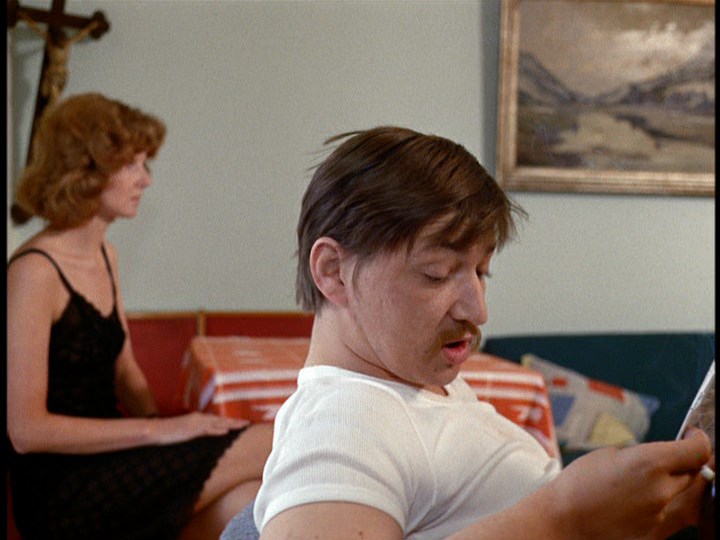 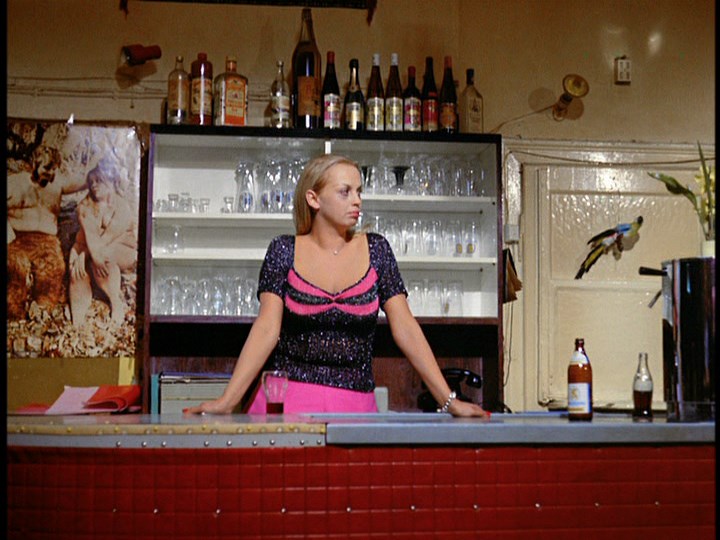 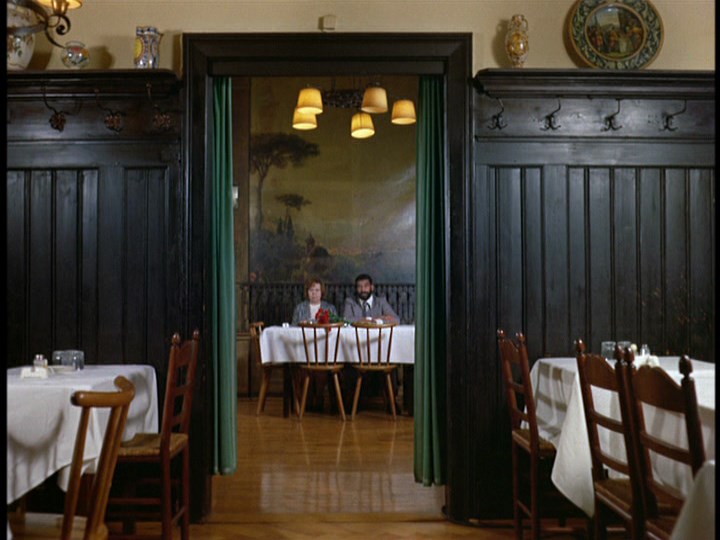 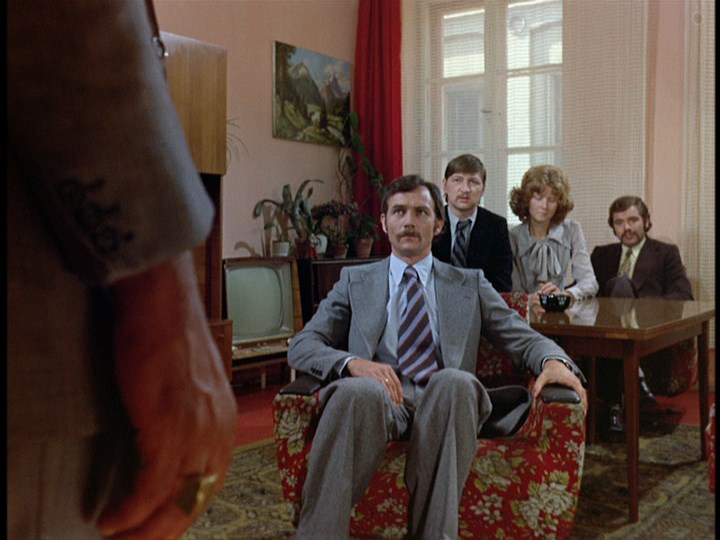 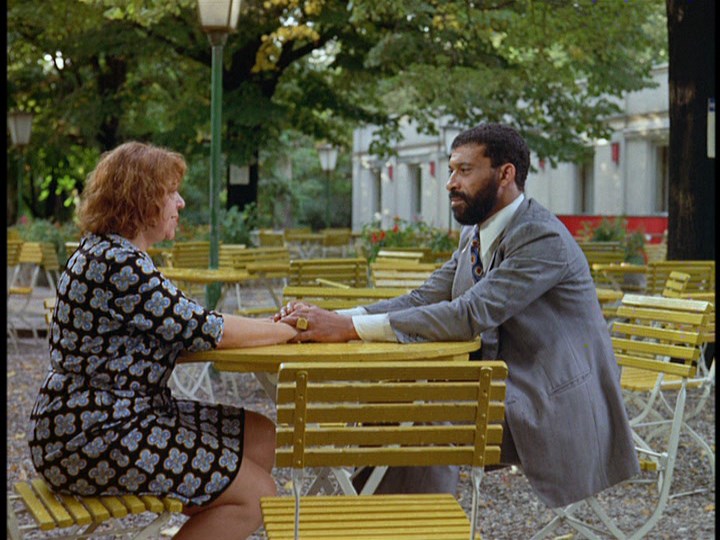 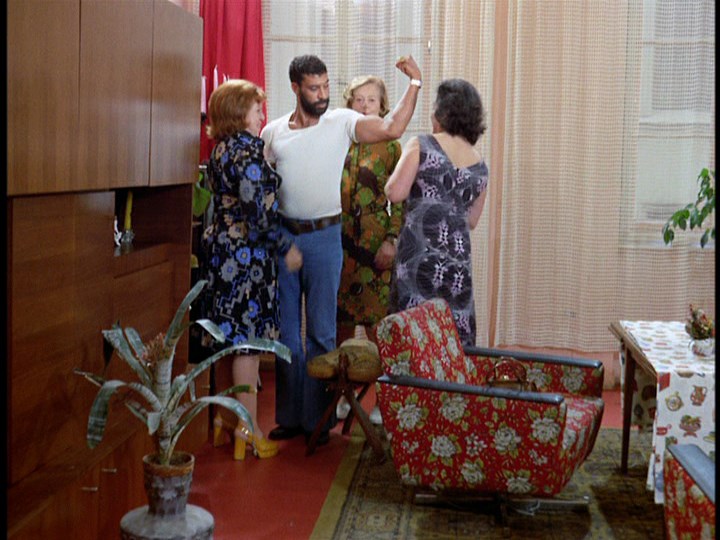 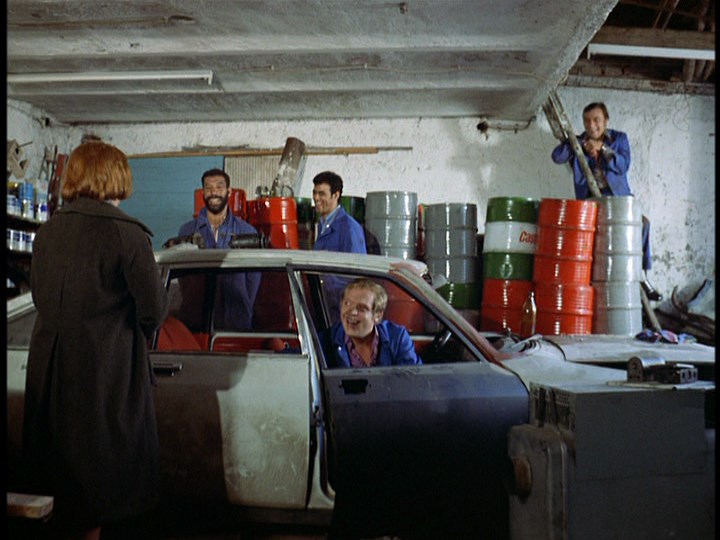 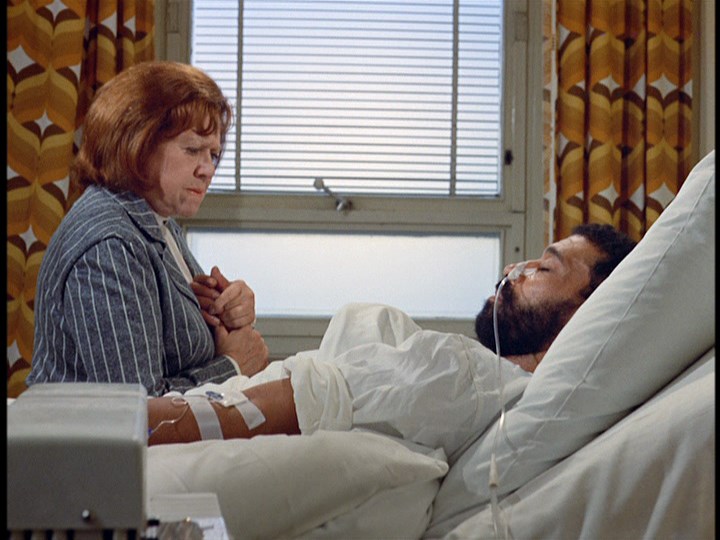 The disc comes with a decent Dolby Digital mono track and nothing more. The track sounds as if it has been looped for the most part, as dialogue can sound somewhat unnatural, as if it didn't fit the scene, but in all it sounded clear and sharp and music was clear as well. A good, simple mono track.

Criterion provides a number of excellent supplements for the film on this 2-disc set. The first disc is devoted to the film and also features the film’s theatrical trailer. The second disc presents the remaining supplements.

The supplements on the second disc start with an introduction by director Todd Haynes that runs about 23-minutes. The director of Far From Heaven (which, like Ali, is also inspired by Douglas Sirk’s All That Heaven Allows) talks about the film, Fassbinder, and, of course, the obvious Sirk influence, not only on this film but Fassbinder’s work as a whole, as well as Haynes’ own (he actually discovered both directors at around the same time.) This also allows the Haynes to make comparisons between Fassbinder’s and Sirk’s respective films. It’s an interesting examination of the two filmmakers’ films dealing with similar subjects, and the obvious influence that Sirk was on Fassbinder.

Following this is a short film called Angst isst Seele auf. From the first person perspective of a black man it portrays a racist attack by a group of skinheads while he's on his way to the theater for his performance as Ali in a stage version of Fear Eats the Soul, which also has Brigitte Mira. It's based on a true account that the director himself, Shahbaz Noshir, faced. It's fairly brutal but is nicely done, the first-person telling never feeling like a gimmick. The film runs a little over 12-minutes.

You'll next find a roughly 32-minute BBC documentary called Signs of Vigorous Life: New German Cinema. It looks at the German new wave, including directors Werner Herzog, Wim Wenders, Fassbinder and others. Though it can be a little dry it still offers a solid introduction to the German New Wave and the films that were produced during the period.

An interesting little feature is an excerpt from one of Fassbinder's earlier films called The American Soldier, a film made well before Ali. The scene chosen has Margarethe von Trotta tells the story (to two people making love in bed) of an elderly woman who falls in love with a young Arab man. While the names and situations are somewhat different, the basic story for Ali is there in its entirety, showing that Fassbinder had probably been at least somewhat working on this film in his head early on. While not integral to enjoying the film anymore it’s an interesting inclusion. (As a note, you can find the complete film in Criterion’s Early Fassbinder Eclipse set.)

The disc then closes with two interviews, both lasting 25 and 22-minutes each respectively. You'll find one with a very Brigitte Mira, who discusses working on this film, with Fassbinder on other projects, other adaptations including the stage play, and so on. You will also find one with editor The Eymesz, who talks about Fassbinder’s early films, the development of their style, and working on Fear Eats the Soul. Both are packed with information about the director, making both excellent additions.

Criterion also includes a great booklet with a couple of essays, including one by Chris Fujiwara and another on Fassbinder by Michael Toteberg. They're both great reads and I must also say I really like the layout of the book.

The fact it’s a 2-disc set probably gives the illusion of this being a stacked edition but disappointingly the film and the supplements could have probably all fit on one dual-layer disc. Still, they’re a strong set of supplements and they’re all worth going through.

The Blu-ray, which features a new high-definition transfer from a new 4K restoration, undoubtedly blows this edition away, but taken on its own this DVD still holds up all these years later, presenting a strong standard-definition transfer and a nice collection of supplemental material. 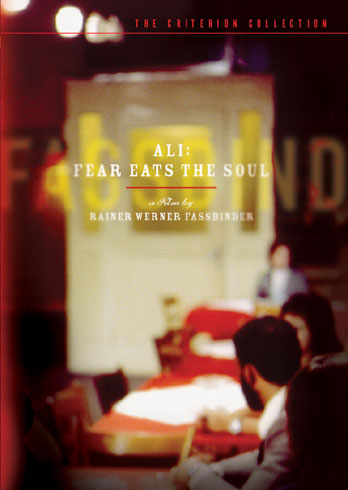 Tenderness of the Wolves (DVD/Blu-ray)

Fox and His Friends (Blu-ray)