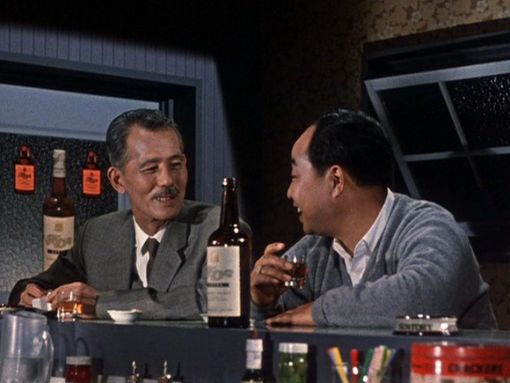 Yasujiro Ozu's final film is also his final masterpiece, the gently heartbreaking story of a man's dignified resignation to both life's ever-shifting currents and society's gradual modernization. Though widower Shuhei Hirayama (Ozu's frequent leading man Chishu Ryu) has been living comfortably for years with his grown daughter, a series of events leads him to accept and encourage her marriage and departure. As elegantly composed and achingly tender as any of the Japanese master's films, An Autumn Afternoon (Sanna no aji) is one of cinema's fondest farewells.

Criterion presents Yasujiro Ozu’s final film in the aspect ratio of 1.33:1 on this dual-layered disc. The image has been pictureboxed.

In all I thought the image looked pretty good, much better than what I was expecting. Colours look pretty good, maybe a little washed, though I think this was the intended look of the film. Detail is excellent, the image looking quite sharp throughout in both close-up and long shots.

The print, for the most part, is in good shape as there is very little in the way of damage. Dirt and debris is pretty much unnoticeable, the extent of the problems relating to a slight flicker and the occasional jump. There was one issue near the beginning where it looked like frames were missing, though at first I thought it might be an issue with the disc possibly skipping. Seeing a post on our forum and then a link to a review on DVD Talk I learned that not only is this an issue with the Criterion release but it also looks to be an issue with releases from other regions as well. This isn’t a huge issue overall (it only happened during the one sequence and didn’t last all that long) but I’m unsure whether it’s an issue with the print or maybe something in the digital transfer.

But despite this one issue it still looks pretty good, presenting a generally clean, sharp image. 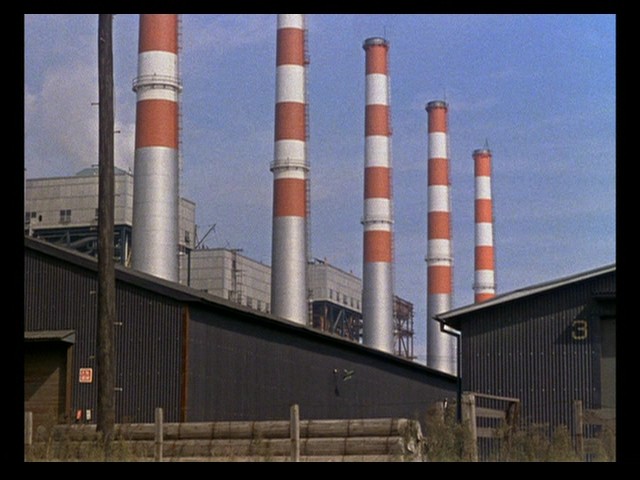 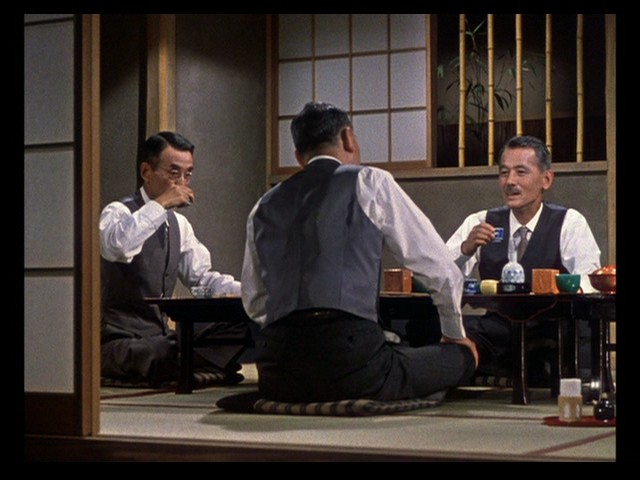 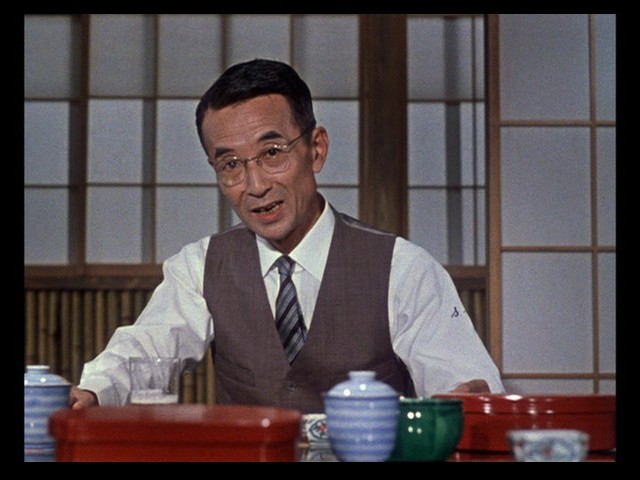 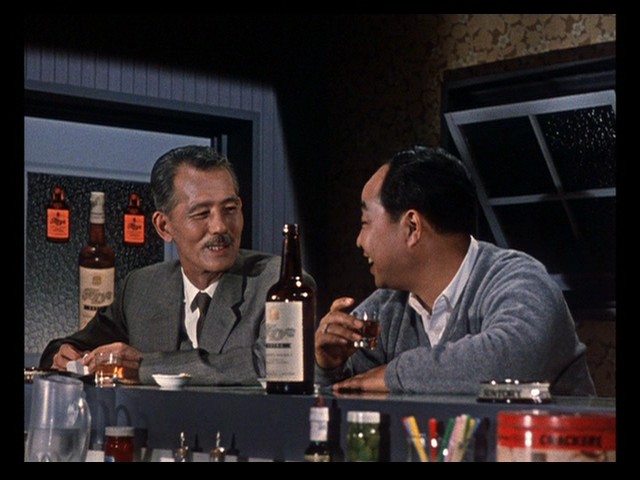 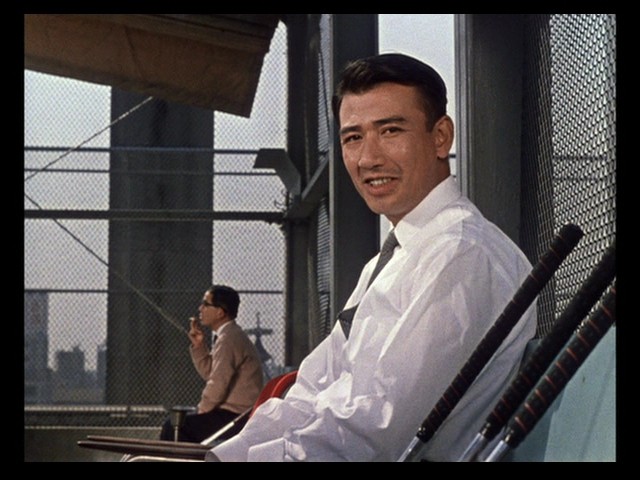 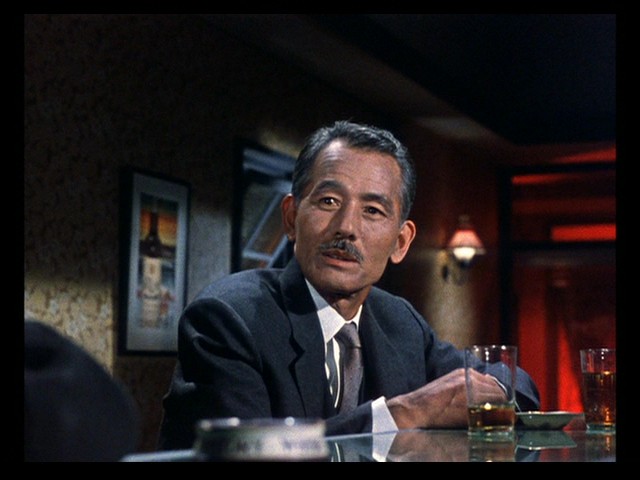 The disc comes with a Japanese Dolby Digital 1.0 mono track. It works very well for the film, not presenting any serious issues. Range is pretty good, music and voices sound natural with no edginess or distortion. In all a serviceable audio track.

This is a modest little release with only a couple of supplements, but since this is a lower-tier release (price wise, anyways) it makes it a bit of a bargain.

The first supplement is an audio commentary by David Bordwell. This is an excellent scholarly track that gives a thoughtful examination of the film, and also gives a great amount of information about Ozu and his career. He focuses a lot on Ozu’s style from his framing and compositions to his cutting, which conveys some of the feelings in the scene, and also touches on his use of music (which Bordwell calls “Weather Music” for reasons he explains.) He goes over the themes and situations in the film and compares them to other films in Ozu’s filmography. And he also gives some decent history on Japanese history in general, including working for the Japanese studio system at the time along with theater attendance. He is reading from notes, but it’s not noticeable as he does easily breeze through, making for a very informative and entertaining commentary track.

The next supplement isn’t as good but it has some interesting things in it. “Excerpts from Yasujiro Ozu and The Taste of Sake” presents excerpts from a 1978 episode of a French program called Cine regards. Running 14-minutes the first half has interview bits with Michel Ciment and Georges Perec. This program acts as an introduction to Ozu who, based on how everyone is talking in the episode, was just being discovered outside of Japan (or at least in France.) The first half has Ciment and Perec discuss what makes Ozu a modern master, focusing on his style over the span of his career. The last half, on the other hand, is a little heavy handed and, shall I say, absurd. I’ll be honest in saying I’m not exactly sure what the makers were getting at during this last bit (how Ozu’s films fit with modern Japan? With other forms of art in Japan? Ozu's work as poetry?) but it brings the feature to a halt and doesn’t add much. It just seems like an odd piece, one sequence sticking out to me which involves a narrator talking about how Ozu would shoot many takes with his actors while we see two people practicing Judo. Some okay things but I can’t say I got much out of it, preferring the commentary much more.

Moving on with disc supplements it closes with two theatrical trailers for the film.

And finally closing off the release is a 29-page booklet featuring essay by Geoff Andrew and Donald Richie. Andrew’s essay is a nice examination of Ozu’s last film (though he points out, as does Bordwell on the commentary, Ozu was still planning on making more films and was even in the process of making another) and Richie’s briefly goes over Ozu’s diaries that were discovered and published after his death. I rather liked this booklet over all, Richie’s probably being the more interesting but it is unfortunately too brief.

Not much but I rather enjoyed the commentary and booklet and am quite happy with them on their own. And the fact the release is still in the lower price range despite the commentary makes it a bargain for a Criterion release.

Despite a couple of issues the transfer is quite nice, above what I was expecting (I’m always prepared for the worst when I visit films licenced from Shochiku,) the commentary is excellent, and the price is right, the disc being released in Criterion’s lower price range. For me this makes this smaller release a bit of a bargain and an easy recommendation. Definitely worth picking up. 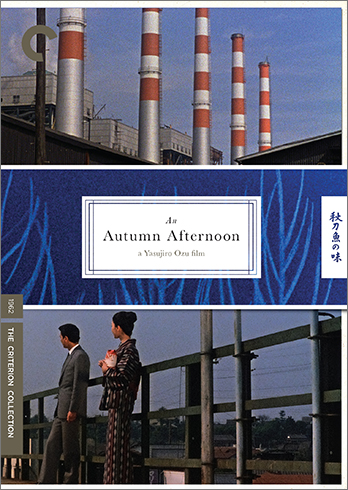