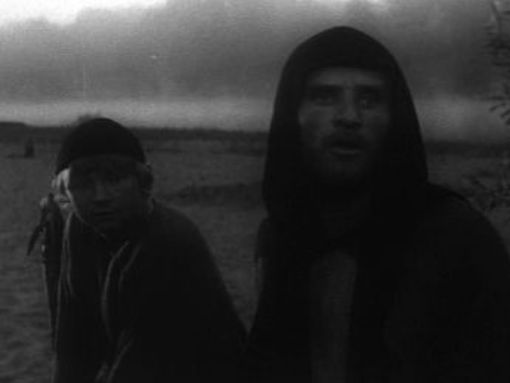 Immediately suppressed by the Soviets in 1966, Andrei Tarkovsky’s epic masterpiece is a sweeping medieval tale of Russia’s greatest icon painter. Too experimental, too frightening, too violent, and too politically complicated to be released officially, Andrei Rublev has existed only in shortened, censored versions until the Criterion Collection created this complete 205-minute director’s cut special edition.

The 205-minute version of Andrei Rublev is presented in its original aspect of 2.35:1 on this dual-layered disc. The image has not been enhanced for widescreen televisions.

The image looks pretty rough, which I blame on the fact that so much information is on this disc. The image is soft and smudgy with little definition. Jagged edges are noticeable as well as other artifacts. Contrast is off, the film either being too bright or too dark.

The colour sequence at the end looks okay, though it’s hard for me to tell how accurate the colour levels are since they’re shots of medieval paintings and it depends on how well the colours on the paintings have held up themselves. Still it’s the best looking sequence on this disc. The print hasn’t been cleaned up all that much. Dirt, debris, hairs, and tears are prevalent all throughout, and the frame can jump here and there. It’s in pretty rough shape.

Tarkovsky’s films are all about the images and the fuzzy nature of the transfer presented on here actually makes it hard to watch the film. Not at all Criterion’s worst transfer, but it’s down there. This is one I really hope Criterion revisits. 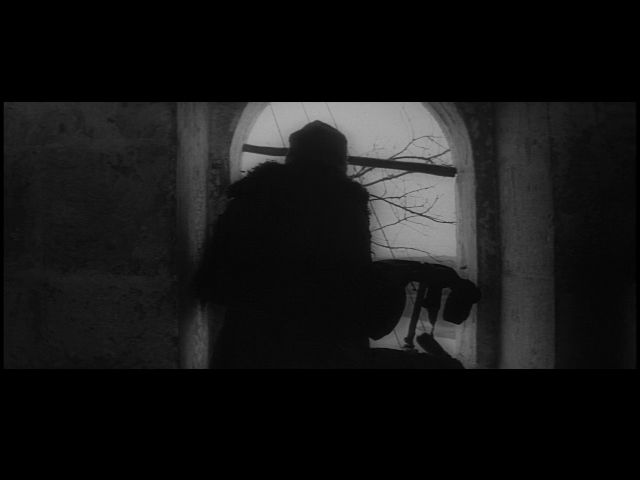 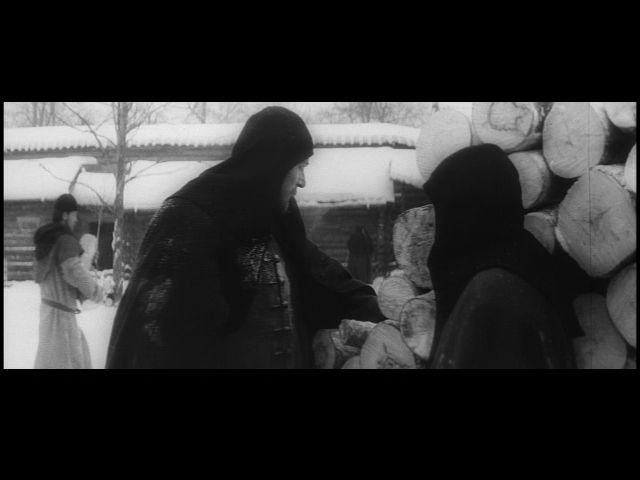 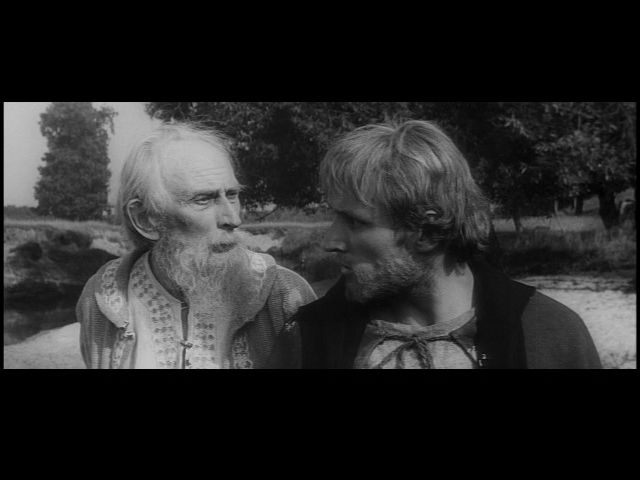 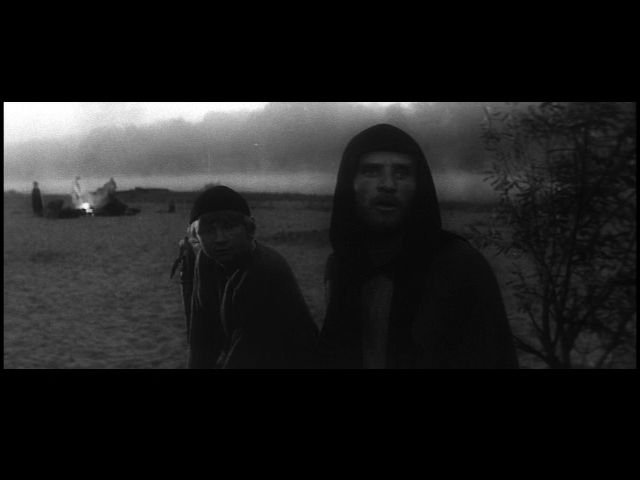 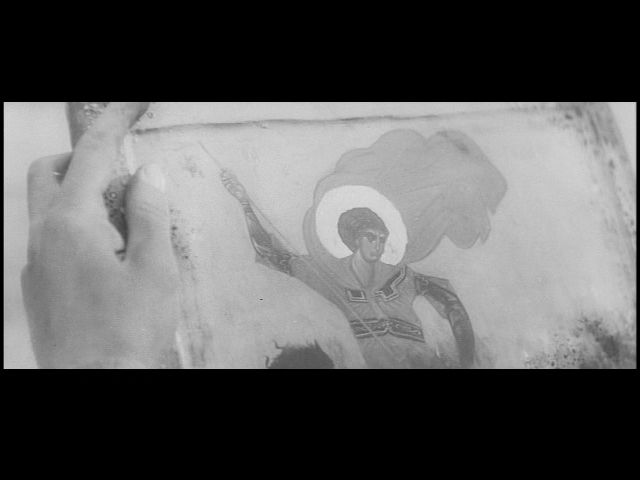 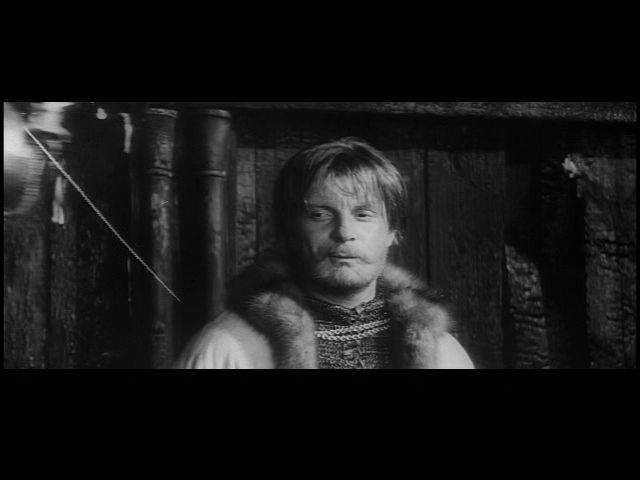 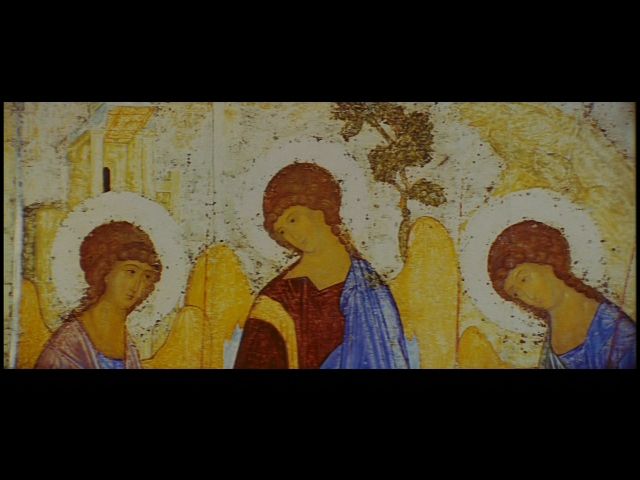 Criterion includes a Russian mono track. It’s a bit of a mess, too. Quiet, distorted and hollow, voices aren’t very clear, music is a bit of a mess, and there is noticeable noise in the background, with a bit of a hiss and some crackling. Sounds rough throughout.

There are a few supplements on here, and I mean a few, the supplements maybe totaling 1 hour’s worth of material, and that does count the commentary.

Yes, you do get a commentary here, provided by Harvard film professor Vlada Petric. Unfortunately it doesn’t run the whole length of the film, instead, as Petric states at the beginning, he will only focus on a few scenes throughout. As always Criterion indexes the commentary so you can skip through to the moments Petric discusses the film. While I didn’t time it exactly, I’d be surprised if there’s over 45-minutes worth of stuff here. Still it’s an okay track, not one of Criterion’s better ones, as Petric talks about Tarkovsky’s use of images, his use of the camera, the use of “interiors/exteriors” (this section lasting longest) and the techniques he uses not only in this film but his other ones as well. He falls into the trap of just reiterating what we’re seeing but since this film/DVD was my first foray into the world of Tarkovsky (then quickly moving to Solaris and Stalker, the former finally getting a Criterion release, the latter desperately in need of a better Region 1 release by any DVD company) I found this commentary quite helpful. I just wish it was more in-depth and covered the span of the film (though maybe by someone other than Petric, who can be a little on the dry side.) Since it’s relatively short it’s fairly painless.

The next supplement is 18-minutes worth of excerpts from a documentary called Andrei Rublev, Poet of the Cinema. It opens with a video intro by Petric who talks a bit about Tarkovsky’s work, then we get interview clips with Tarkovsky. I don’t know of many interview segments with the director so this is a treat for the release. He talks about the film Andrei Rublev and his “message” in it, and then moves on to his thoughts on art and artists, their duty to the world. He also seems to have a bit of resentment towards the younger generation, who he thinks should spend more time “thinking” rather than looking for distractions. He also shares some thoughts on cinema and the commercialization of it, and how hard it is to make a “poetic” films since as an art form cinema is the most expensive and you need the money from somewhere. It’s brief, but it’s a very good collection of segments. It’s a very thoughtful and introspective bit and I’m actually glad to own this disc just for this one feature. The feature then closes with images of poster art and photos from Andrei Rublev. Note: Throughout this feature a title card pops up every so often stating “Excerpt from A Poet of the Cinema” which I assume had to be done for rights issues. Not too distracting but it shows up often.

A neat little feature is the “Timeline” provided. This interactive feature allows you to use the left and right arrows on your remote to navigate through a timeline of Russian history, pointing out key moments from 988 to 1991. It also points out key moments in Andrei Rublev’s life from 1370 to 1430, and then goes through Tarkovsky’s life and filmography from 1932 to 1986. It’s of course not too in-depth but I appreciated the history lesson.

The disc does also include the 205-minute cut of the film. Whether this is Tarkovsky’s preferred cut is not really known, as there are many other versions of the film. If I recall correctly, though, this is the longest version. The release also toots the subtitles translate 40% more dialogue than previous releases of the film (Mark Rance, the producer of the original laserdisc, which this DVD is ported from, was actually almost fired because of the large expense of the new translation. I actually appreciated the effort.)

The insert includes a quote from Ingmar Bergman on his admiration for the director. An essay by J. Hoberman gives a decent analysis of the film and also goes over the issues it faced when being released in Russia.

Unfortunately that’s it. I was glad for the Tarkovsky interview segments, and while I found the commentary at least informative, I would like a lot more. I’m hoping Criterion will fix this at some point.

A disappointing release. The image and audio are pretty lousy and the extras leave a lot to be desired, though are at least somewhat informative. I’ve always been disappointed by this disc and don’t recommend it. I would actually wait and hope that Criterion revisits this film, or maybe go for a release from another region. 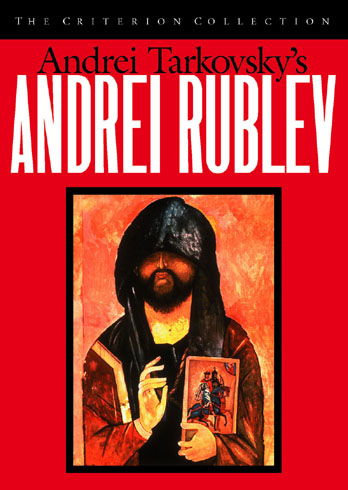