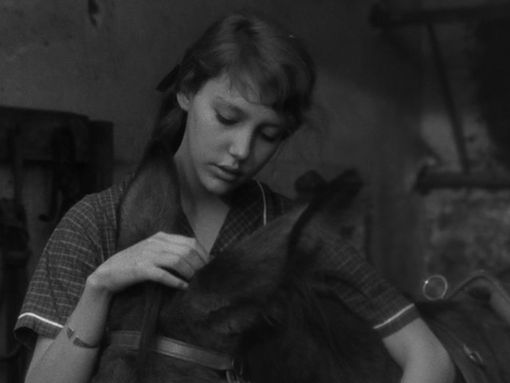 A profound masterpiece from one of the most revered filmmakers in the history of cinema, director Robert Bresson’s Au hasard Balthazar follows the donkey Balthazar as he is passed from owner to owner, some kind and some cruel but all with motivations beyond his understanding. Balthazar, whose life parallels that of his first keeper, Marie, is truly a beast of burden, suffering the sins of man. But despite his powerlessness, he accepts his fate nobly. Through Bresson’s unconventional approach to composition, sound, and narrative, this seemingly simple story becomes a moving parable of purity and transcendence.

Criterion’s original DVD edition of Robert Bresson’s Au hazard Balthazar on a dual-layer disc in its original aspect ratio of 1.66:1. The master comes from a high-definition restoration scanned from the 35mm original camera negative. The image has been enhanced for widescreen televisions.

This is another standard definition presentation that holds up reasonably well, even 13 years later, though still has a few minor problems. Revisiting it recently I was surprised mostly by how clean it is from a restoration perspective. There are still some bits of dirt and a few scratches but they’re rather minimal in the end and not altogether that noticeable.

The image is as sharp as it can be but compression can be a bit problematic, mostly noticeable in the fur of the donkey, creating some noticeable blocky patterns. But outside of that details aren’t too bad despite the limitations of the format (even though finer details rarely pop) and the image never looks fuzzy or blurry. Gray scale is nice with decent blacks and gray levels, and the tonal shifts end up being fairly smooth.

It’s a nice image, clearly bested by the newer Blu-ray edition, but for those just looking for the film on DVD this still looks quite reasonable and clean. 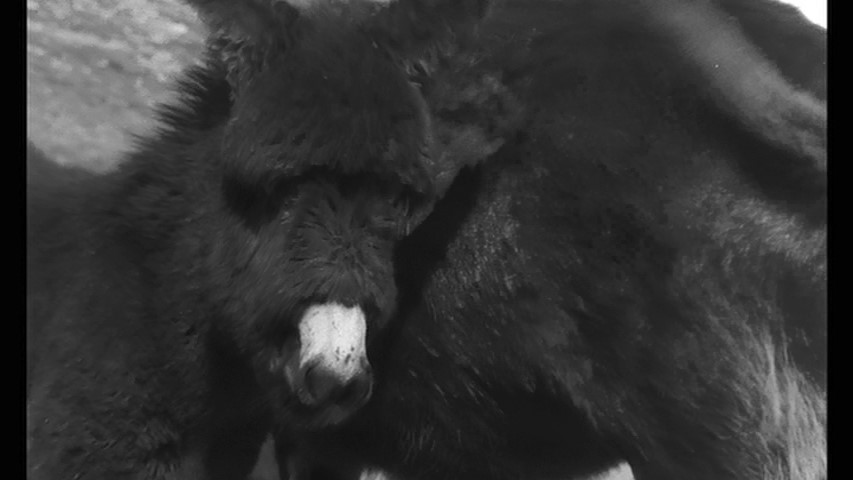 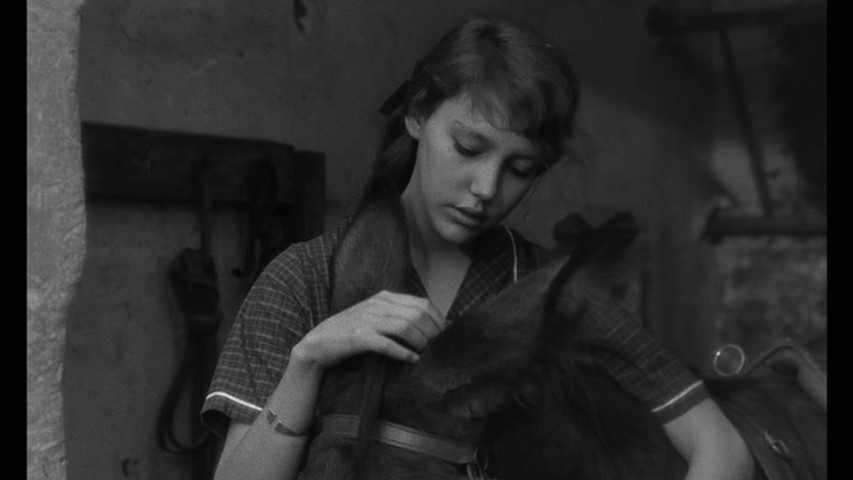 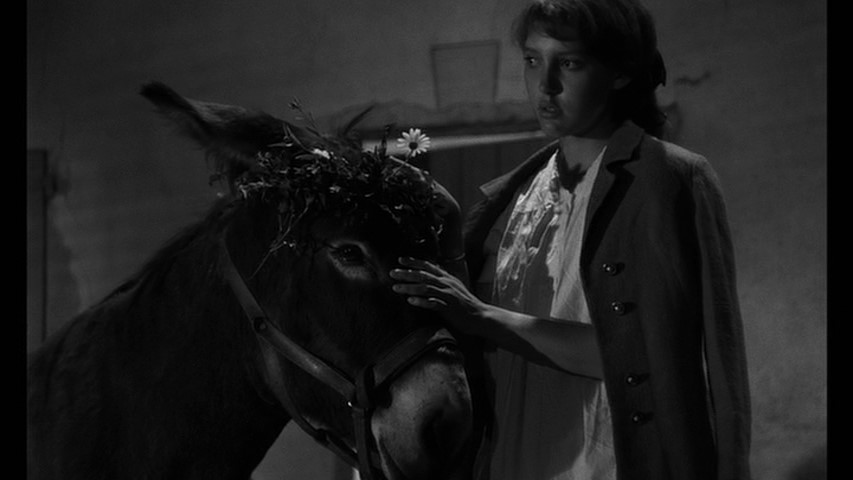 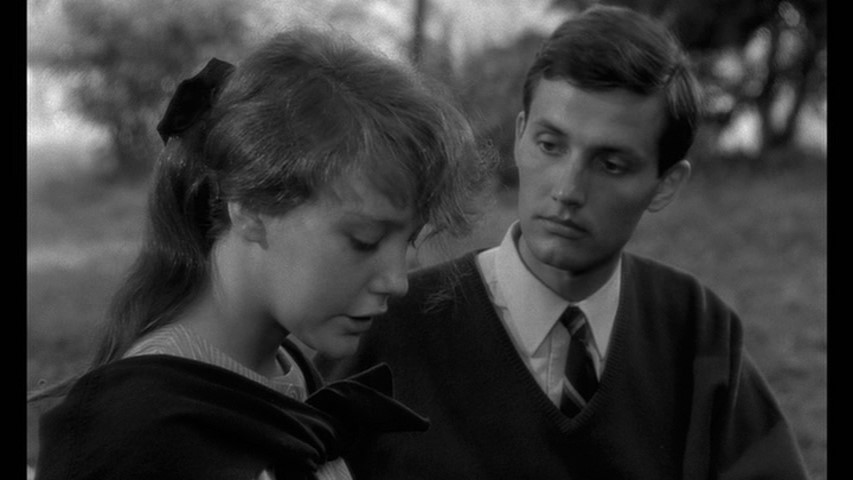 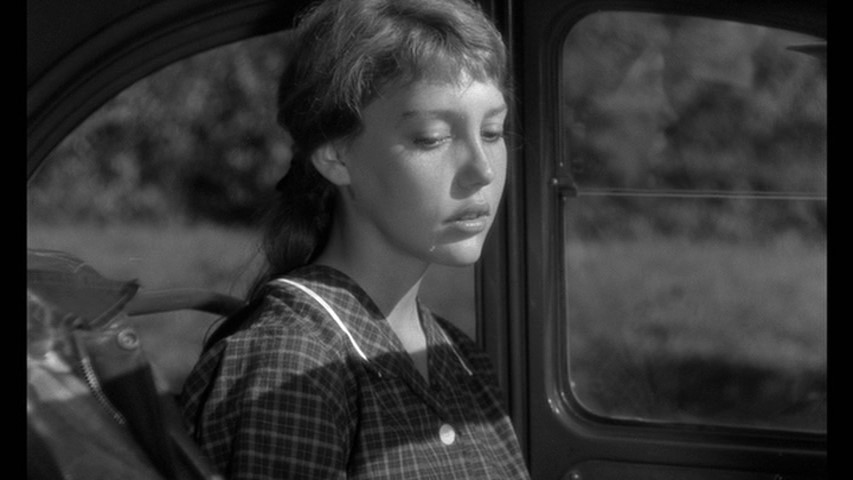 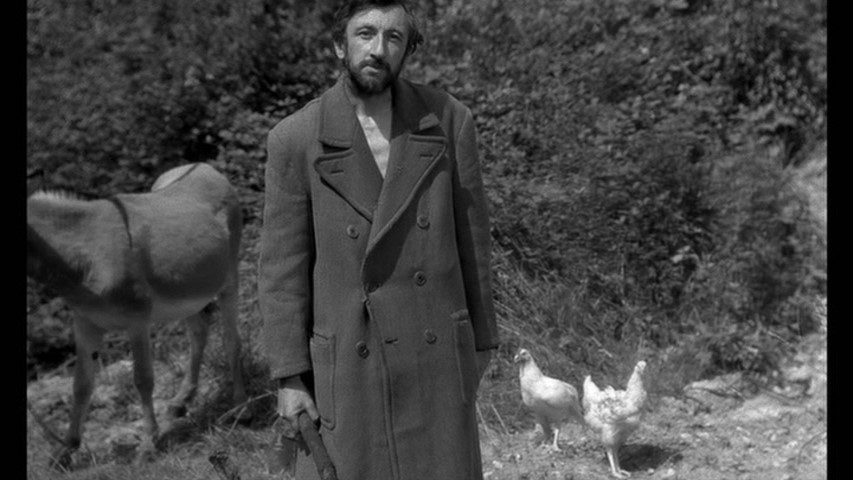 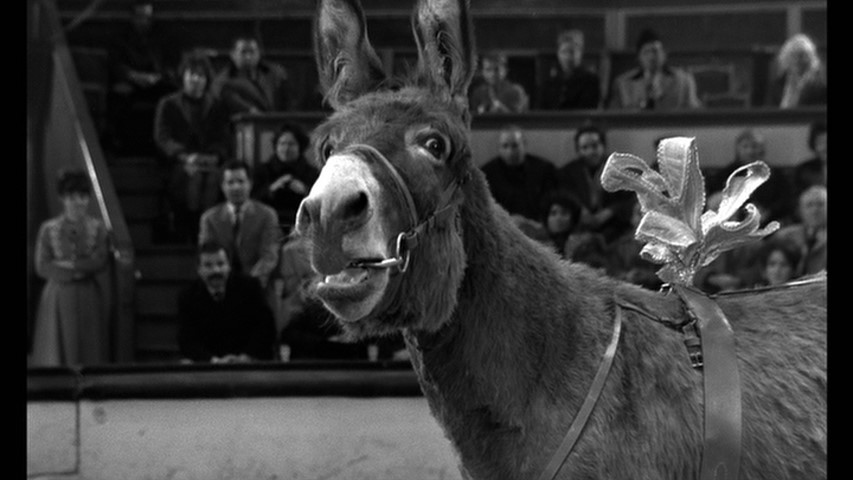 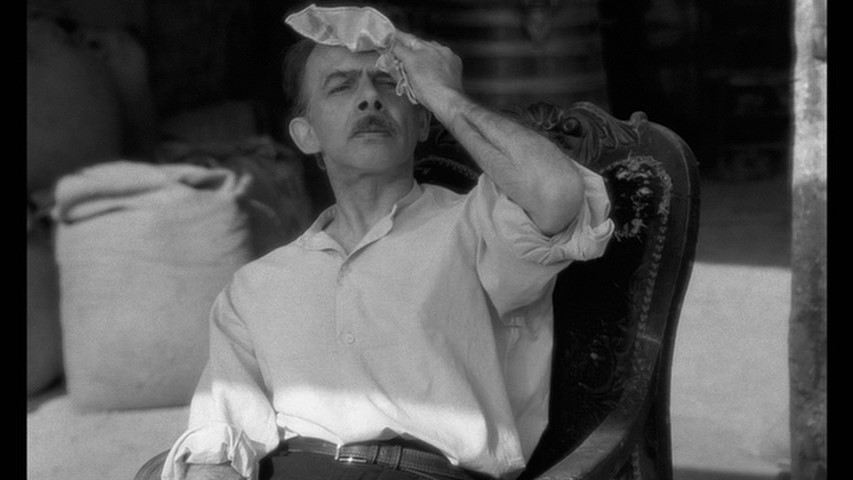 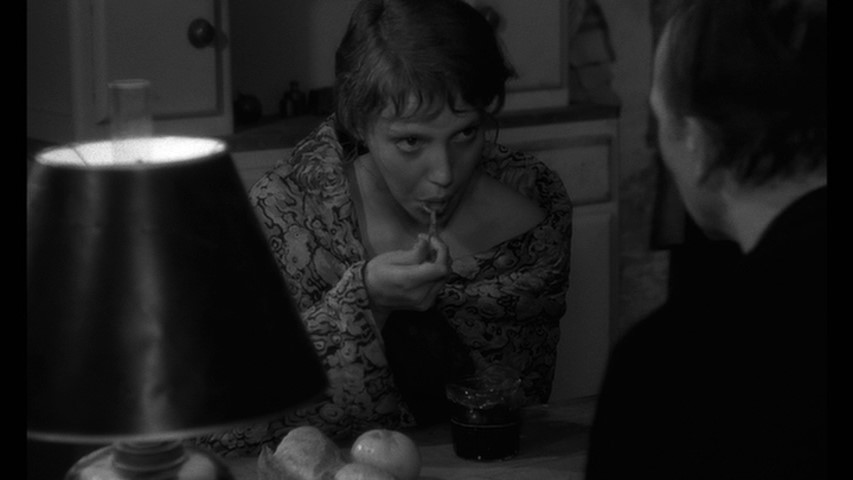 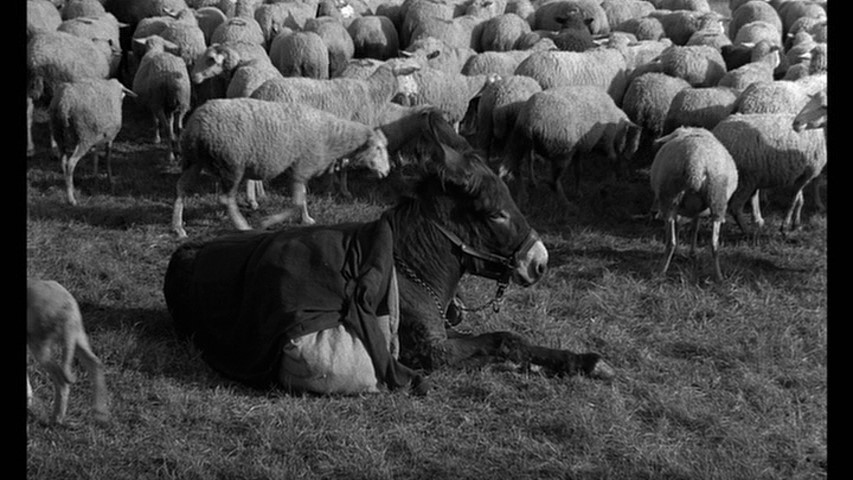 The Dolby Digital 1.0 mono track isn’t all that showy but it is adequate and does suit the film. It’s quiet but dialogue can be heard well enough and outside of some background noise and some edginess in the music it has been cleaned up well enough.

A lower-tier edition it ends up still containing a couple of decent features. First is a 13-minute interview with scholar Donald Richie, who talks about Bresson’s style, and the many reactions (including his own) to this film. Despite Richie seeming very sincere about how the film impacted him it’s not terribly insightful, other than maybe when he touches a bit on the various interpretations and even negative criticisms of the film.

Much better, though, is a 62-minute French television episode of Pour le Plaisir, which aired in May of 1966. Put together by Robert Stéphane, it features interviews with the likes of Jean-Luc Godard and Louis Malle, commenting on what they consider an absolutely remarkable film, while also featuring interviews with Bresson, cinematographer Ghislain Cloquet, and actors Anne Wiazemsky, François Lafarge and Pierre Klossowski. Though the insights from the third parties prove most valuable the details provided by the cast and crew are astonishingly detailed, Bresson even sharing his thoughts on what the film is about and what it means. It’s admittedly a bit drawn out in places but still a really pleasing inclusion.

The disc then features what is said to be the original theatrical trailer, which it probably is, though it opens with the Rialto logo. The included insert then offers a short but thorough analysis of the film by James Quandt.

Ultimately it’s not stacked but the two features, particularly the lengthy television program, should help newcomers to the film.

The Blu-ray offers an improvement in the A/V department over this older DVD edition but even all these years later it’s a solid edition. 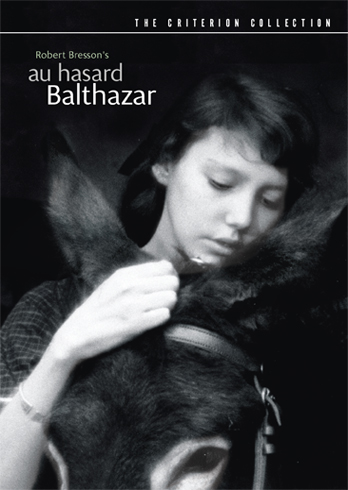