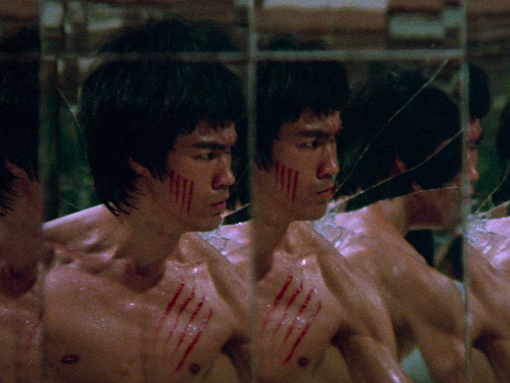 In the early 1970s, a kung-fu dynamo named Bruce Lee side-kicked his way onto the screen and straight into pop-culture immortality. With his magnetic screen presence, tightly coiled intensity, and superhuman martial-arts prowess, Lee was an icon who conquered both Hong Kong and Hollywood cinema, and transformed the art of the action film in the process. This collection brings together the five films that define the Lee legend: furiously exciting fist-fliers propelled by his innovative choreography, unique martial-arts philosophy, and whirlwind fighting style. Though he completed only a handful of films while at the peak of his stardom before his untimely death at age thirty-two, Lee left behind a monumental legacy as both a consummate entertainer and a supremely disciplined artist who made Hong Kong action cinema a sensation the world over.

Disc 4 of Criterion’s 7-disc box set, Bruce Lee: His Greatest Hits, presents Lee’s most successful and popular film, the original theatrical version of Enter the Dragon, on a dual-layer disc in its original aspect ratio of 2.35:1. Coming from a new 2K restoration (sourced from the 35mm interpositive), this marks the first time the theatrical version has been available on a digital format (the Special Edition can be found on disc 7 of this set). This also marks the first time the film has been made available with the other four Bruce Lee films.

Lee’s big Hollywood production, unsurprisingly, looks quite different from the previous films in the set, and as this one was restored separately from the others, it has a somewhat different look in this regard as well. Colours do lean a bit teal, yet despite that, I found colours pleasing. There are some very sharp reds, yellows, and violets found throughout, and blues still manage to present deep blues. Black levels can be a little weak, causing some murky shadow detail along with nighttime sequences where blacks overtake the image.

It’s a very grainy film but the grain is handled very well, rendered cleanly without any noticeable noise. The source materials have also been cleaned up nicely and no source damage of note ever shows up. Details are very crisp and sharp. The last release for the film that I owned was the HD DVD (having not yet changed over to any of the previously available Blu-ray editions) but this offers a clear and notable improvement over that release’s presentation and this presentation looks far more like a film than that one (which more than likely used the same master the previous DVD used).

Despite some issues around the black levels it’s a solid presentation for the film and probably the best looking one in the set.

Unlike the other films in the set, the theatrical version of Enter the Dragon only includes one audio track: the film’s original English language soundtrack, which is presented in lossless PCM 1.0 monaural. (The Special Edition on disc 7 does present the optional 5.1 surround soundtrack.)

It’s probably the best mono presentation in the whole set, with a far more dynamic offering in comparison to any of the others. Dialogue sounds more life like with better fidelity, and the sound effects for the action scenes manage to pack their own little punch. Lalo Schifrin’s score also shows some impressive range with some great highs, never coming off harsh or edgy. Distortion and background noise were also never an issue.

This set packs on a number of supplements across the seven discs, with extras that are specific to a film usually housed on that film’s respective disc. Disappointingly, Enter the Dragon does the shaft in comparison to what is found on the other discs, a little surprising considering this is the most popular of the films Lee did, and a pretty big get for Criterion.

Criterion does port over several the special features produced by Warner Bros. for their previous editions of the film, though not everything (I assume so Warner can make their own still available Blu-ray special edition unique), including the 30-minute making-of documentary, Blood and Steel, produced for Warner’s 2004 2-disc special edition DVD, and featuring interviews with producers Fred Weintraub and Paul Heller, cinematographer Gil Hubbs, writer Michael Allin, actors John Saxon, Robert Wall, Tung Wai and James Coburn (who had been working to get Lee into Hollywood), composer Lalo Schifrin, and others. It’s a fairly standard making-of of the time, covering the genesis of the project, the casting, and the influences, all while dated terminology like “chop-sake” is used.  It’s not bad, with some technical details around shooting the hall-of-mirrors sequence probably being of most interest. But as a studio produced feature it can come off too self-congratulatory, and more credit seems to be given to director Robert Clouse rather than Lee on the success of the film (and as I learned from an interview found on the next disc in the set, Robert Wall would definitely not share any of that sentiment).

Also carried over from the Warner releases is Bruce Lee: In His Own Words, a 19-minute collection of archival audio and film footage featuring Lee talking about his “style” of martial arts and his philosophy, occasionally edited over what looks like home movie footage. The last 4-minutes is a montage of material edited over a rather awful song that I think is called “Ode to an Artist.” Criterion then includes a collection of 10 short interviews with Lee’s widow, Linda Lee Cadwell, who talks about Lee’s desire to spread and teach his philosophy (initially through a chain of schools, though he then figured film would be better), and sharing some details around the production of Enter the Dragon. The interviews have been edited together with titles splitting each one, and they run 16-minutes total.

Criterion also includes an archival interview with Tung Wai (not found on the previous Warner releases), who works now as an actor and choreographer but first appeared as a young student in Enter the Dragon. He simply talks here for 3-minutes about first meeting Lee and being impressed with how physically strong the man was. And then like with the other titles in the set, Criterion includes yet another interview featuring Lee biographer Matthew Polly going over the film. He talks about how Lee’s last few hits grabbed Warner Bros.’ attention (after saying no to working with him previously) and the desire to be behind his first Hollywood production. He also talks about the script (which its writer admitted was just a James Bond ripoff) and the reasons behind the multi-racial casting, which isn’t really covered in the making-of (Warner still had a fear that an Asian actor couldn’t be a box office draw). He then explains how Lee further adjusted his style for this film, more in an aim to draw in Western audiences, showing that Lee was very aware on how to target audiences and make both his persona and fights work on film. And in a “good for him” moment, Polly also explains how Lee stood his ground around the title, which the studio just hated. Like the other interviews found on the other discs, Polly does a solid job briefly covering (10-minutes here) the production and the film’s impact.

The disc then closes with a collection or promotional material: an EPK advertising the film's Hong Kong location and fight choreography, four theatrical trailers, 5-minutes' worth of TV spots, and then a 58-second radio spot.

Previous Warner releases had other content, but they do not appear to be here (I have yet to thoroughly go through last two supplements discs as of this writing, so I will come back and correct this if some material does indeed appear elsewhere in the set). The audio commentary found on previous editions was recorded for the Special Edition, so it is not included with this version, but on inspection it has been included with the Special Edition on disc 7. Altogether, I’m still a bit surprised there isn’t more here.

The lack of any significant new material is a bit surprising, with Criterion only porting over a handful of features from Warner’s previous editions for the film. Still, fans will be surely happy to get the theatrical version again, and with what is probably the strongest presentation in the set. 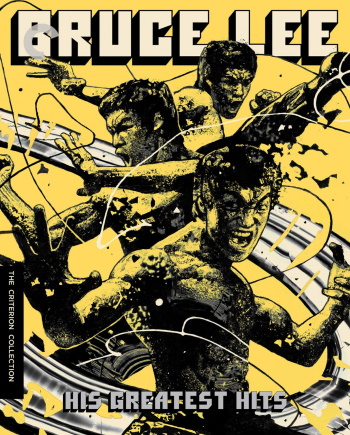