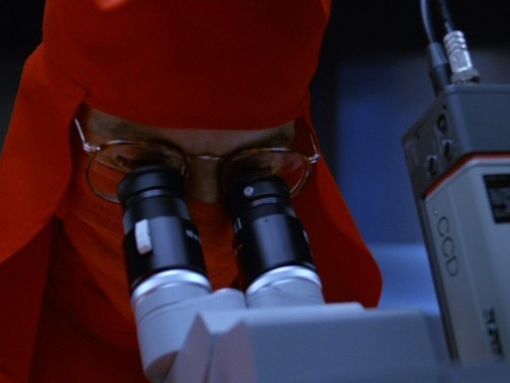 In Dead Ringers, David Cronenberg tells the chilling story of identical twin gynecologists—suave Elliot and sensitive Beverly, bipolar sides of one personality—who share the same practice, the same apartment, the same women. When a new patient, glamorous actress Claire Niveau, challenges their eerie bond, they descend into a whirlpool of sexual confusion, drugs, and madness. Jeremy Irons’ s tour-de-force performance—as both twins—raises disturbing questions about the nature of personal identity.

Criterion's long out-of-print edition of Dead Ringers is presented in David Cronenberg's preferred aspect ratio of 1.66:1 on this dual-layer disc. Common with most of Criterion's early widescreen releases the image has not been enhanced for widescreen televisions.

Noise and artifacts are troublesome when zooming in with a widescreen television, though it's not as bad as I would have expected. On regular 4:3 televisions these problems are less noticeable. In all, though, the image is pretty sharp with a nice amount of detail. Colours look nicely saturated, reds look especially good, never bleeding or smearing, though can look a little jaggy along the edges at times (worse on widescreen televisions.) The print is in amazing shape and looks to have been restored rather thoroughly. There are some slight blemishes scattered throughout but they're minimal and barely noticeable.

Warner Bros. released an anamorphic DVD that had a somewhat similar image (though is presented in 1.78:1.) The transfer on the Criterion is nice, ported from their laserdisc release, but because of the fact it's non-anamorphic I have to direct people to the Warner release if they're more concerned about the image. 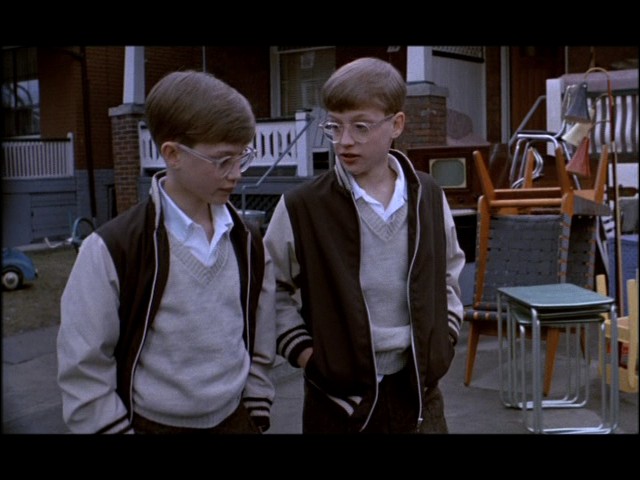 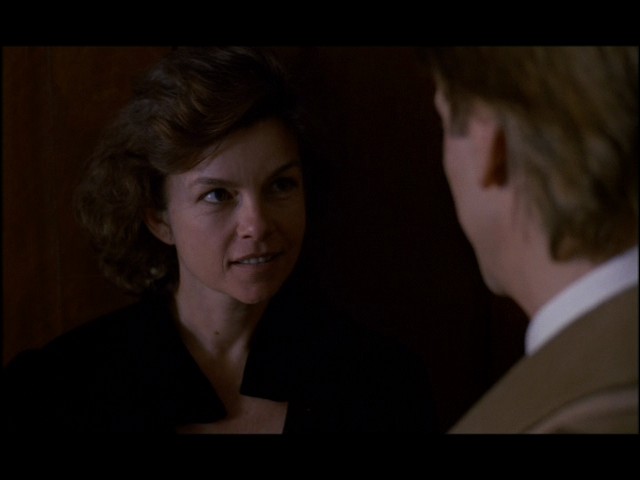 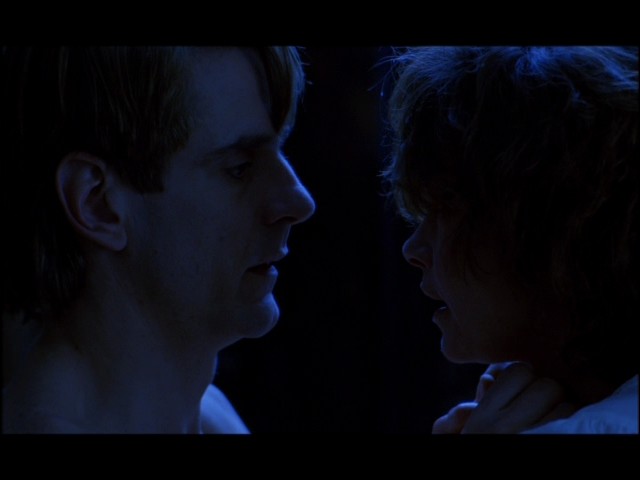 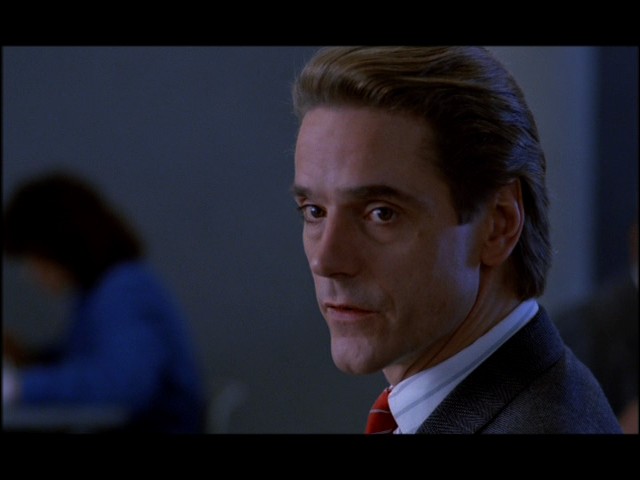 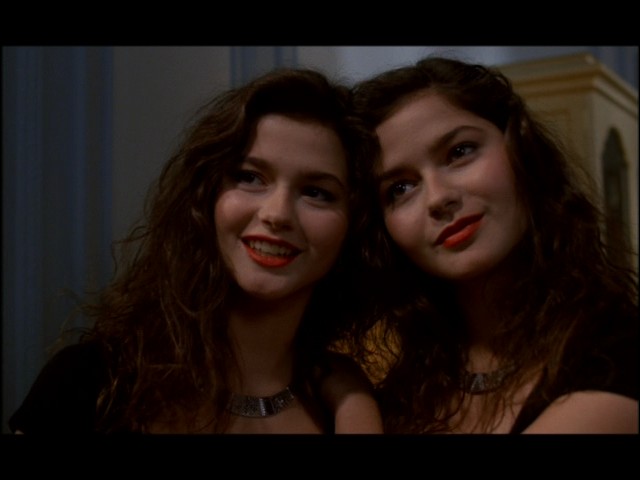 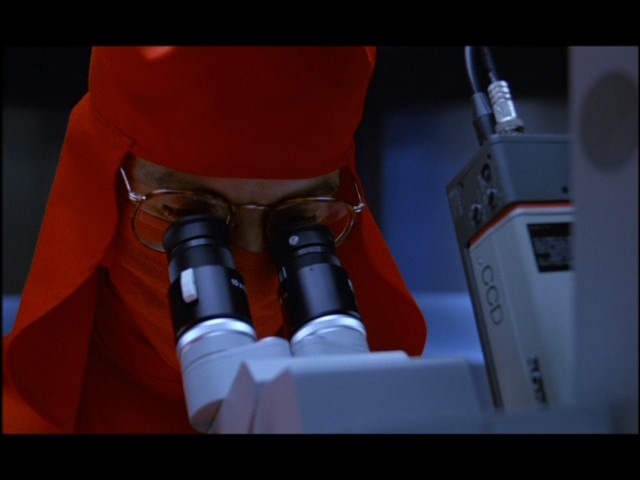 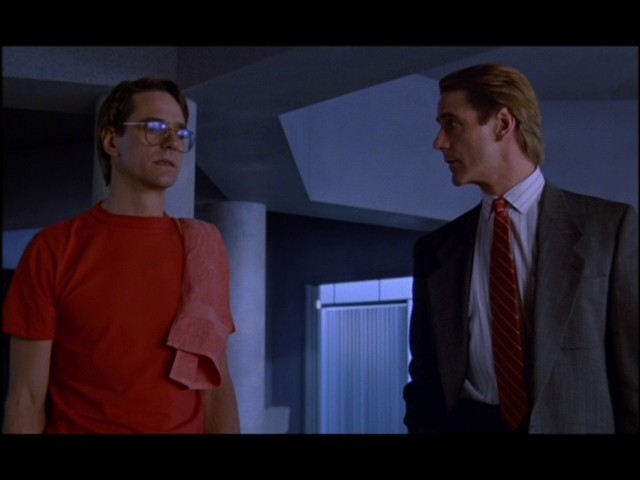 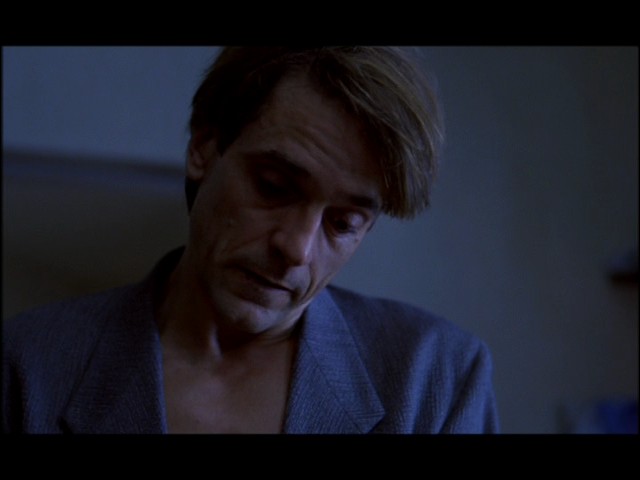 The 2.0 Dolby Surround track isn't terribly active, sticking to the fronts. The music does fill out the environment decently but it's nothing special.

But that doesn't matter too much since the quality of the track is rather terrible. All throughout the audio is distorted and harsh. When Horner's music reaches its peaks it gives off a nails-down-the-chalkboard effect that made the hairs stand up on the back of my neck.

The disc was discontinued a few years ago, Warner Bros. releasing their own edition of the film on DVD in the United States (Canadian distributor TVA released a DVD in Canada, which is actually a direct port of the Criterion DVD and is still available.) While the Warner disc does beat out the Criterion in the image and audio department the Criterion edition wins in the supplement department and the supplements would probably be the sole reason one would want the release.

The audio commentary that runs along with the film features David Cronenberg, Jeremy Irons, editor Ronald Sanders, production designer Carol Spier and Peter Suschitzky. Typical of most early Criterion commentaries the participants have all been recorded separately and then edited together. Less common now I actually like this style of track as it usually keeps things going. The track offers a lot into the production of the film with everyone explaining the effects and how they were done and giving some anecdotes about the making of the film. While Irons talks about his characters and there is mention of the actual case on which the film is based the track is more technical in nature, and the track never really digs that deep into the themes of the film, which is something I was hoping for. Still, it's a good track and worth listening to.

There's a collection of drawings and sketches included on the disc. There are original concepts and artwork for the opening title sequence, including a card displaying the original title of the film, "Twins" (Cronenberg and gang ended up losing the titlet to Ivan Reitman who used it for the Arnold Schwarzenegger / Danny DeVito film.) There are also a couple other galleries included as well. "Mathematics in Metal" presents artwork done by the Wolleck character in the movie.

A section I found really fascinating was a photo gallery for the tools invented by the Beverly character. This shows the rough drawings and final designs of the tools (even the ones that Irons used in the film) and then gives you photo close ups of each tool. They're pretty eerie up close.

'Twinning Effects' was probably my favourite supplement. This section is divided into subsections. You select a certain scene from the menu and then text is displayed explaining what went into the scene and then you can watch the multiple takes that were done to create a scene where the two Jeremy Irons are together. You're shown a take of Irons as Beverly and then a take of Irons as Elliot (in both cases usually acting with a double) and then they show the rough shot of the finished effect. Compared to today's computer effects I guess many would consider it rather primitive, but this is far more interesting than someone sitting at a computer working on the effects and the way they were done were rather ingenius.

And then you get some standard stuff. You get a promotional featurette, which is just an extended commercial from Fox and then you get the original Fox theatrical trailer. A booklet with an essay by Chris Rodley, which covers the taboo elements in the film (twin gynecologists!) is included.

Not complete in my opinion (apparently the laserdisc had more stuff on it including a short film by Cronenberg) but the supplements are still nice.

As I mentioned earlier this DVD was discontinued by Criterion after they lost the rights to the film to Warner Bros. The Warner DVD is nice, including a commentary by Irons (which I have not listened to yet, unfortunately) but the Criterion's supplements are intriguing and basing it on specs they look more thorough than the Warner DVD. For those concerned more about image and audio the Warner disc is the one to go with, as it presents an anamorphic image and the Criterion's audio is rather brutal. But if you want the Criterion supplements you do have a few options. Though discontinued you can find the Criterion DVD on auction sites and prices have leveled out. Or you can get the Canadian DVD released by TVA, which is an exact port of the Criterion disc, even including the same menus. Transfer wise there is better out there, but I've always enjoyed the supplements on this release. 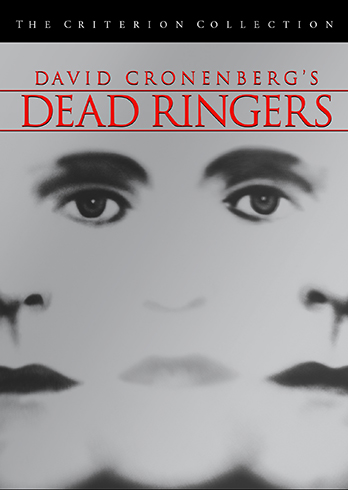