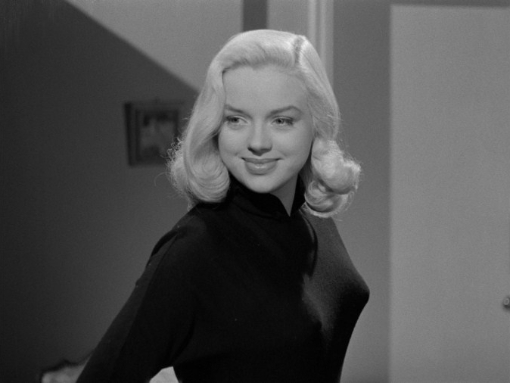 Is Your Honeymoon Necessary sees US army airman Laurie Vining hankering after a little rest and recreation with his new bride, when his gorgeous ex, Candy (Diana Dors), arrives insisting they're still man and wife. Wisecracking co-pilot Hank Hanlon (Sid James) and girl-shy lawyer Frank Betterton (David Tomlinson) try to lend a hand but Laurie's troubles have only just begun...

My Wife's Lodger finds hapless soldier Willie Higginbottom (Dominic Roche) hoping for a hero's welcome when he returns home after the war. But, while he was away, shifty spiv Roger the Lodger (Leslie Dwyer) got his arms around his wife and his feet under the table, and now Willie's ditzy daughter (Diana Dors) only wants to sing, dance and jitterbug!

With striking new transfers taken from the original negatives preserved at the BFI National Archive, both films are made available here for the first time.

BFI Video presents their second Adelphi Films release, a Diana Dors double-bill that includes the films Is Your Honeymoon Really Necessary and My Wife’s Lodger. Both films are presented in the aspect ratio of 1.33:1 on this dual-layer disc. (This set also includes the films on a dual-layer DVD. This review only refers to the Blu-ray disc.)

Not surprisingly, considering BFI’s track record, the black-and-white transfers on here for both films look stellar: Both remain sharp with a high amount of detail present, both including superb looking gray levels, along with some surprisingly deep blacks, and no digital artifacts to speak of. The biggest surprise are the prints, which are incredibly clean, with very little damage present at all, limited to some minor marks and some flickering.

Again, it’s no shock that the transfers themselves are top-notch (BFI have been incredibly consistent with the releases I’ve seen from them) but I think many will be shocked by the print quality and the level of restoration that went into the films. Excellent looking image for both films.

(The Blu-ray disc is region free and should play on all players. I had no issue playing the film on my PS3. The DVD appears to be region free as well but is PAL, so North American viewers will need to be able to play back PAL material.) 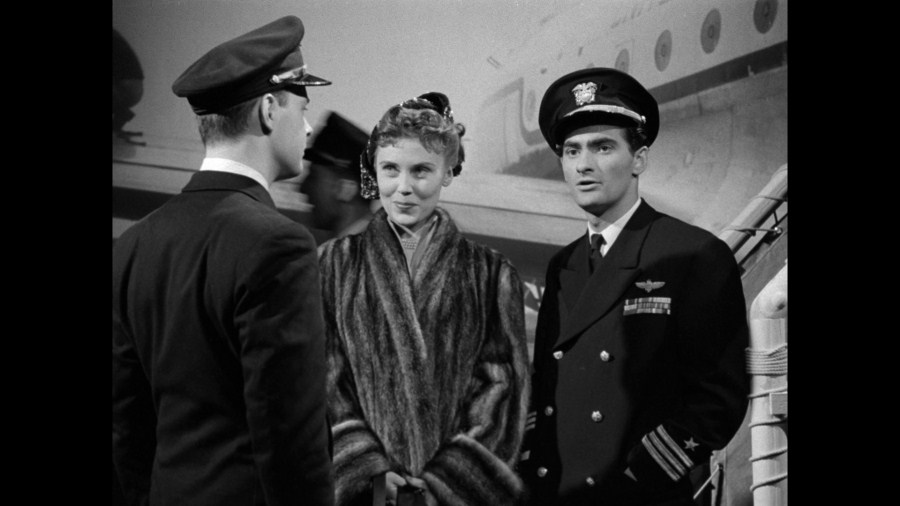 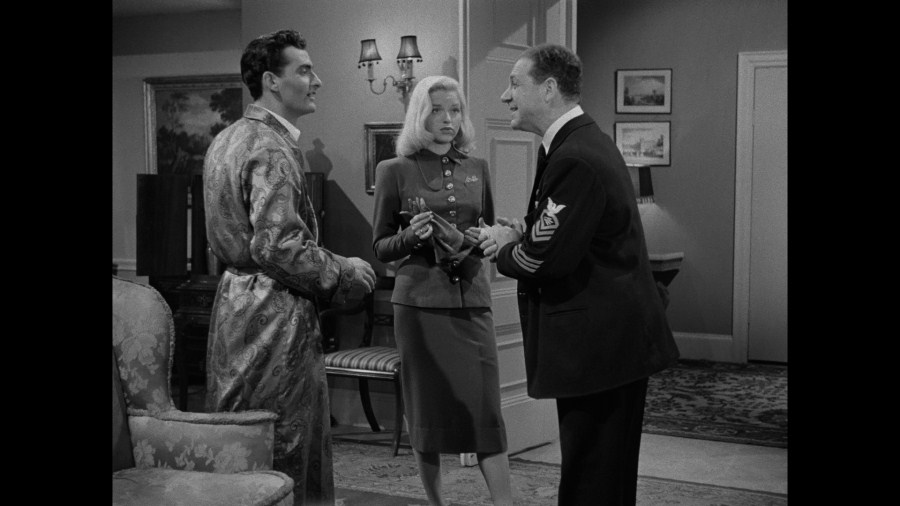 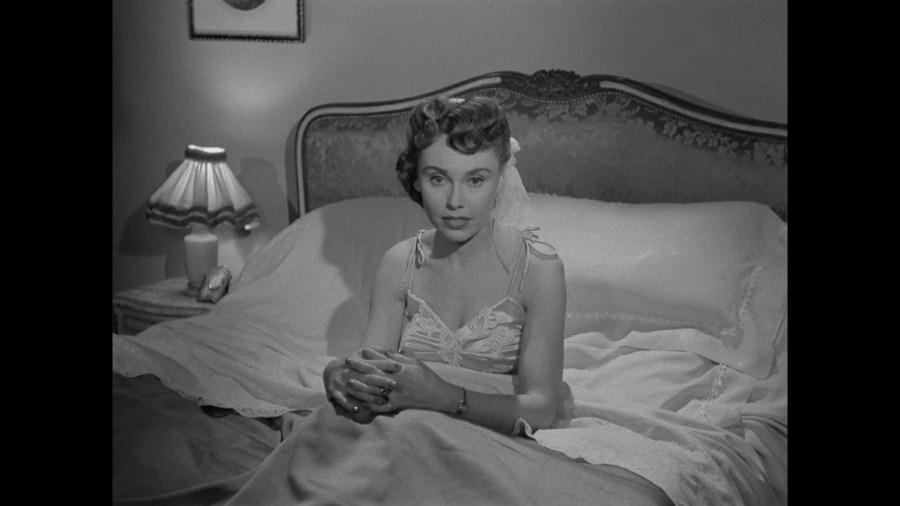 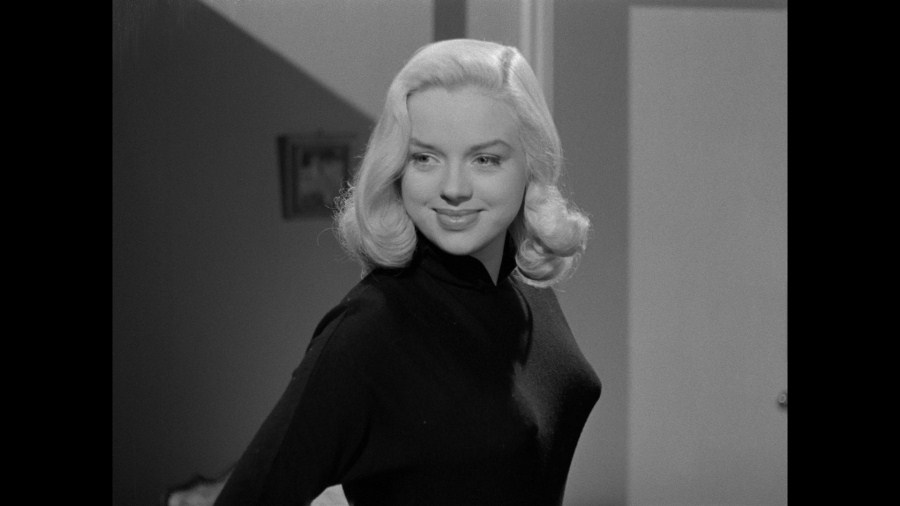 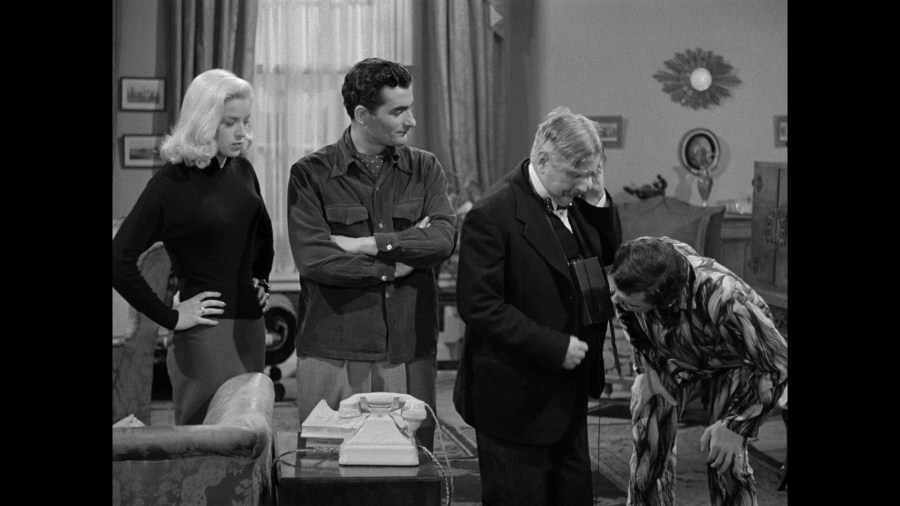 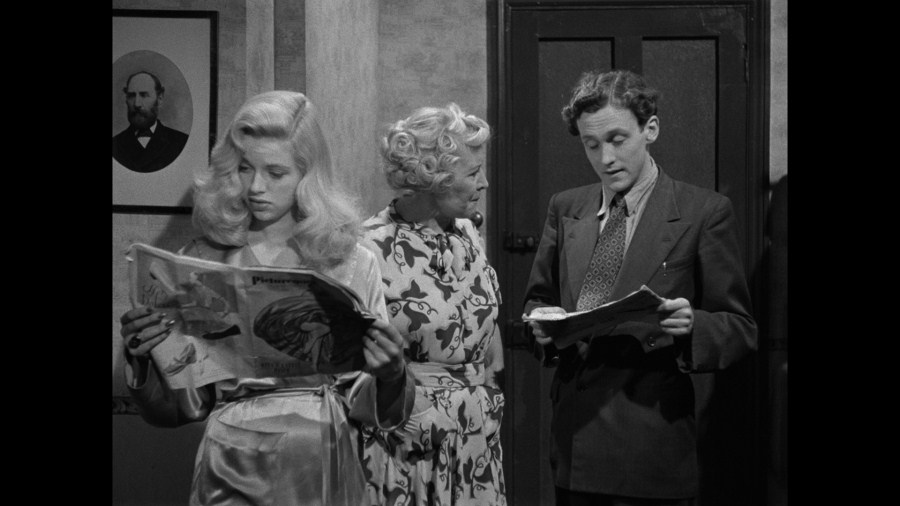 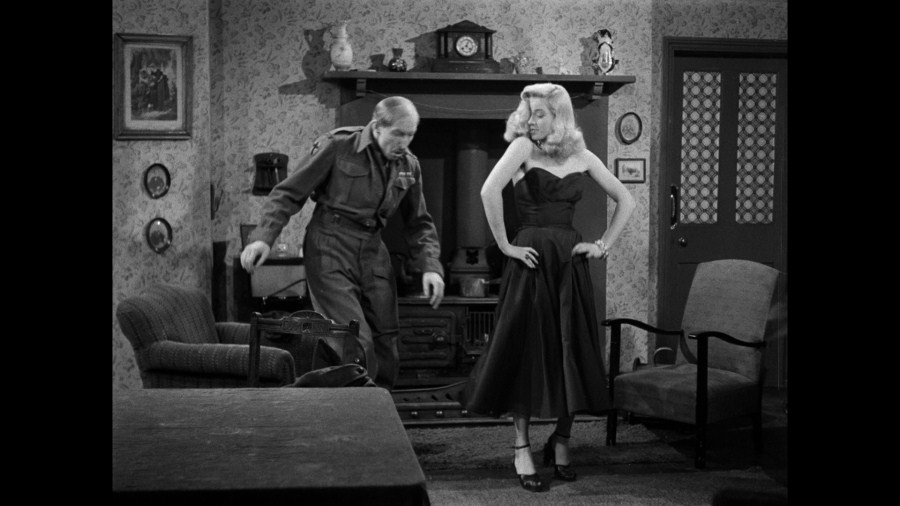 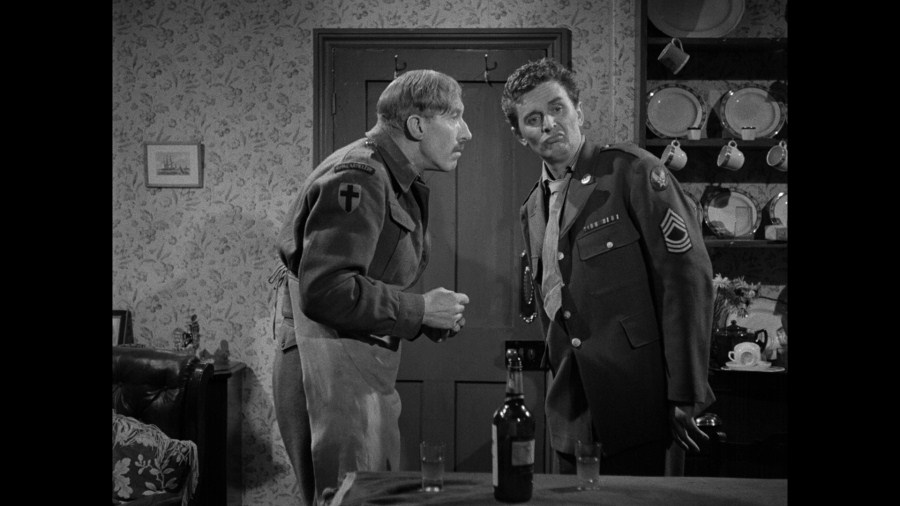 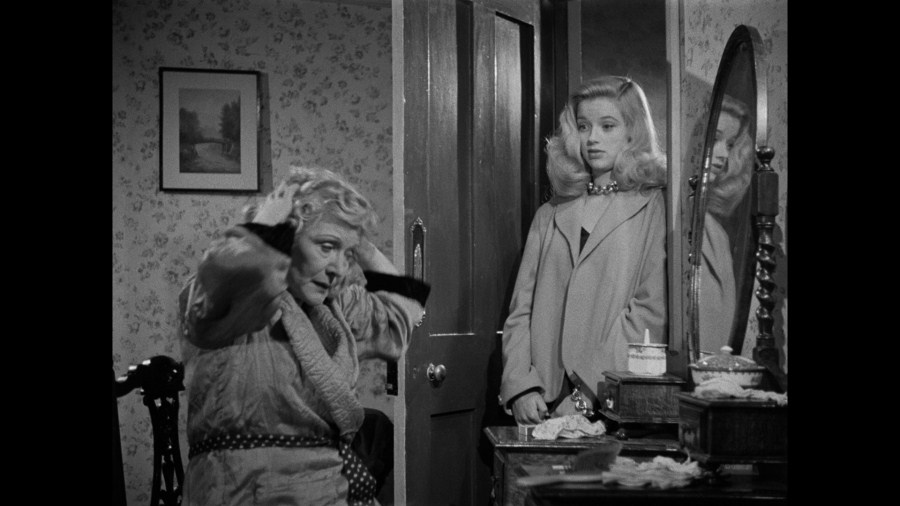 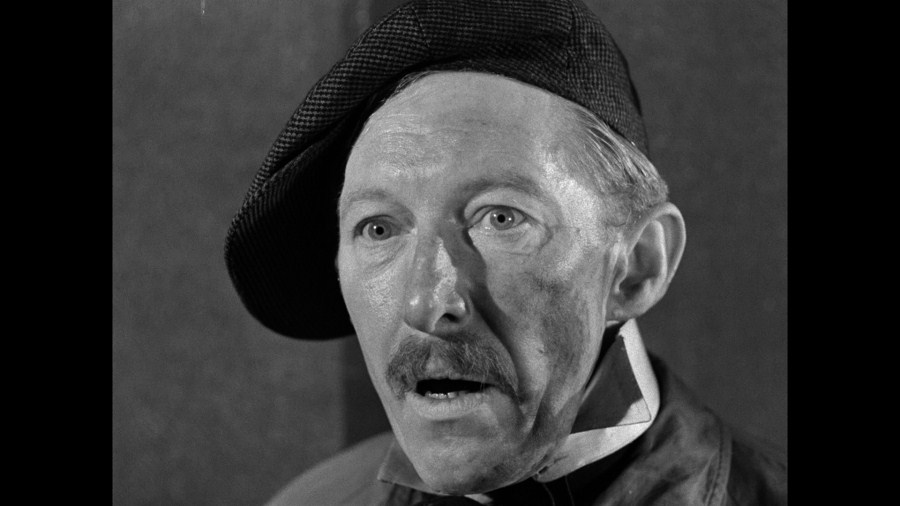 Both films present lossless mono tracks. Both films sound about the same, with fairly weak and rather lifeless sound. There isn’t much range, and voices sound very dull. Despite this the track does sound clean with no distortion or damage to speak of.

Disappointingly there are no disc supplements on either the Blu-ray or the DVD. But BFI does include one of the excellent booklets. First is a short essay by Vic Pratt on Dors and these two films followed by an essay on Diana Dors and her career, this one written by Damon Wise. Jason Lake, son of Dors, includes a brief note about her mother and her films, making mention that Dors had a preference towards the film Yield to the Night, which she thought showed at least more of her acting range. Audrey Freeman, who appears in Honeymoon… includes a nice remembrance of her late husband David Tomlinson, who also appeared in the film. Vic Pratt includes another essay on Lodger costar Dominic Roche, followed by a bio on director Maurice Elvey written by BFI curator John Oliver. The booklet then concludes with notes by Kate Lees on Adelphi films, and then notes on the transfer. As usual it’s a strong, thorough booklet and certainly worth reading.

Again there’s nothing else, but in all honesty I’m not sure what else would be warranted.

The films are fairly charming farces (well, Honeymoon… may be the better of the two,) though can’t say they’re anything remarkably special, coming off fairly static and more like plays put on film. But the performers, specifically Dors (who is certainly a stunner, and gifted at this type of thing as well despite her apparent desire to do material that showed off her acting chops a little more,) do lift the films above the material. BFI has done a stupendous job on this release, delivering top-notch high-def transfers, out doing even what most big studios would put out for their newer, bigger films, saving a couple of films from complete obscurity in the process. Yet another excellent job from the company. 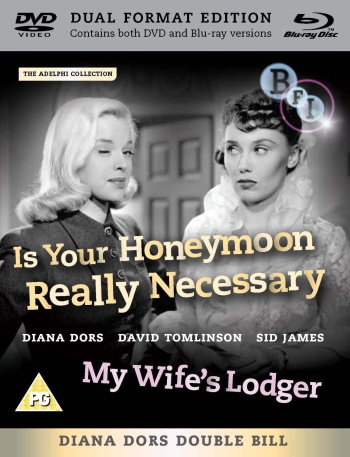 A Matter of Life and Death (Blu-ray)