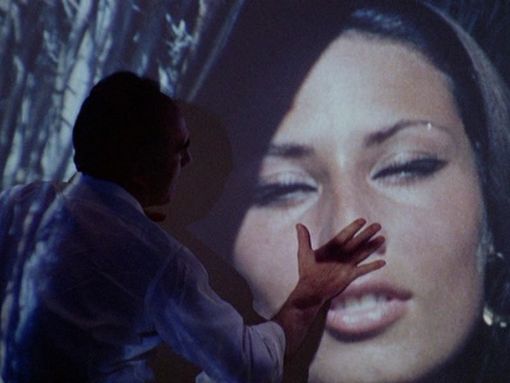 In this magnificently inscrutable late-sixties masterpiece, Marco Ferreri, one of European cinema’s most idiosyncratic auteurs, takes us through the looking glass to one seemingly routine night in the life of an Italian gas mask designer, played, in a tour de force performance, by New Wave icon Michel Piccoli. In his claustrophobic mod home, he pampers his pill-popping wife, seduces his maid, and uncovers a gun that may have once been owned by John Dillinger—and then things get even stranger. A surreal political missive about social malaise, Dillinger Is Dead (Dillinger è morto) finds absurdity in the mundane. It is a singular experience, both illogical and grandly existential.

Though unfortunately only being released on DVD, Criterion’s transfer for Marco Ferreri’s Dillinger is Dead still manages to amaze even in standard definition. Criterion of course presents the film in its original aspect ratio of 1.66:1 on this dual-layer disc, enhancing the picture for widescreen televisions.

Upscaled the image looks very good and is easily one of Criterion’s most impressive transfers as of late on DVD. It’s incredibly sharp with a nice amount of detail, even managing to present the film’s grain quite well, colours are bright and vibrant, and it even presents nice, deep blacks. I can’t say I noticed any digital artifacts of any sort in the film, though there were a few blemishes in present in the source materials used for the transfer, the most noticeable of which would be a vertical tram line that quickly shows up during the beginning and blotches that scatter about in the upper left of the frame closer to the end. In between those quick sequences—and not counting archival footage or “home video” footage—the print is in miraculous shape.

While certainly not as good as it probably could be in high-definition, this one is still impressive in its own right. While Criterion could release it on BD sometime in the future, those on the fence should still jump on it: it does look wonderful! 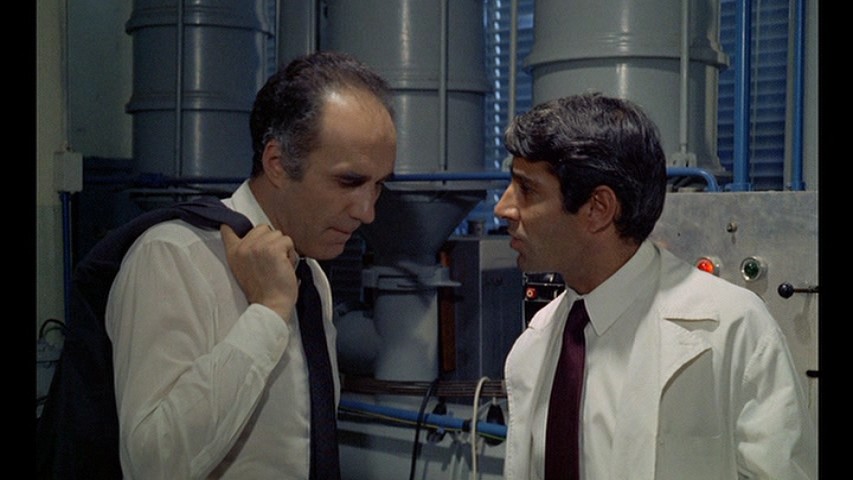 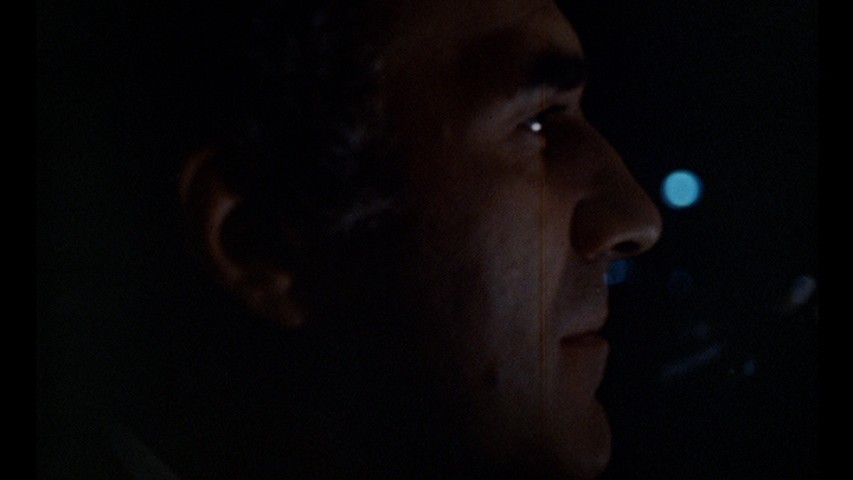 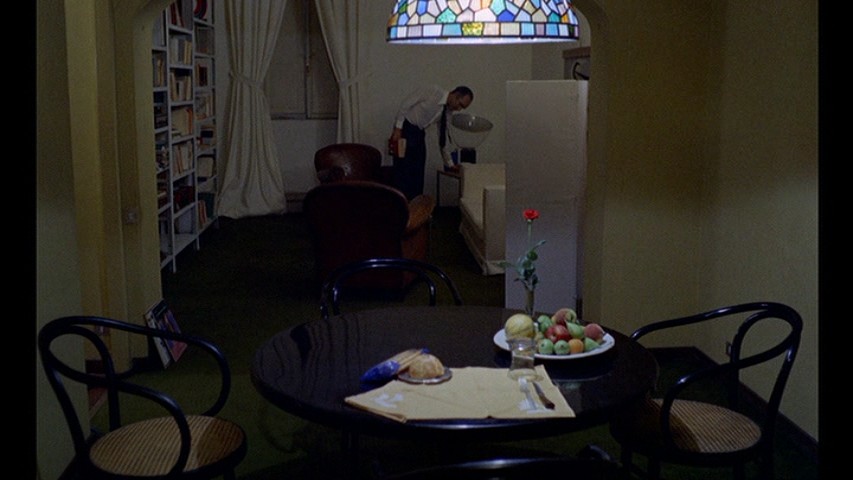 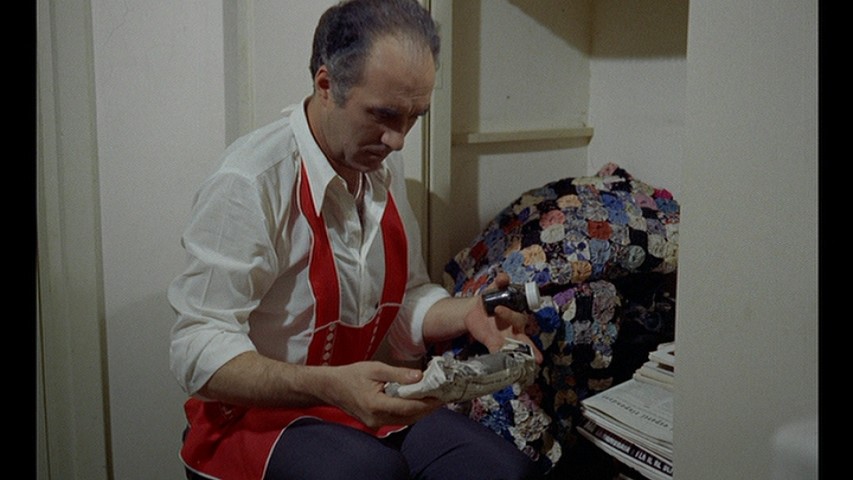 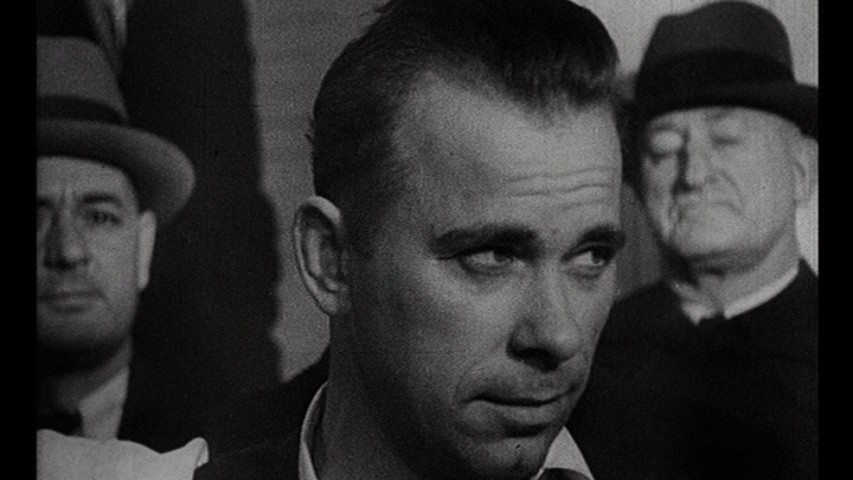 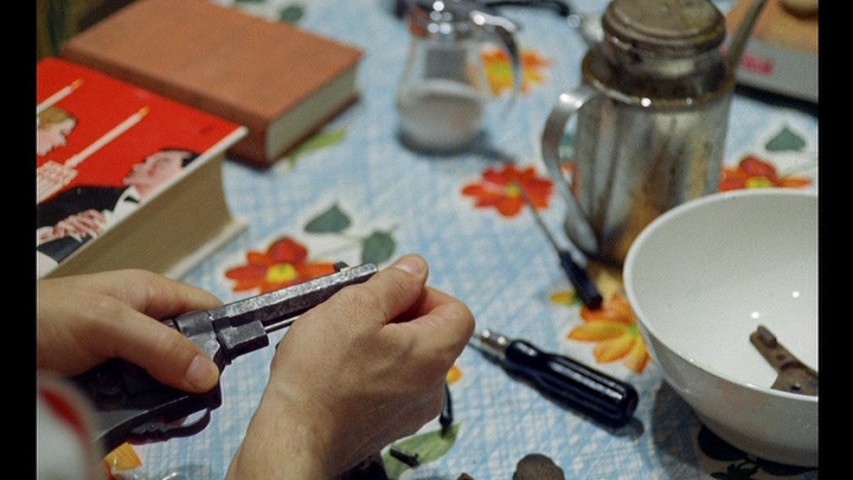 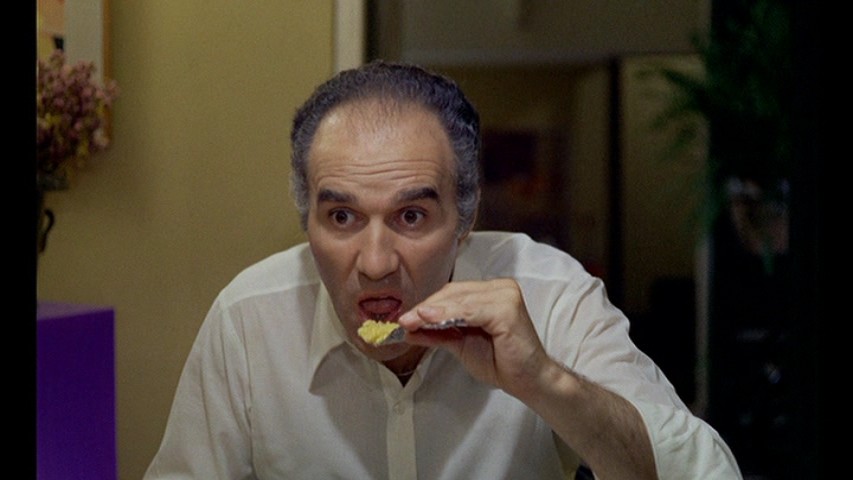 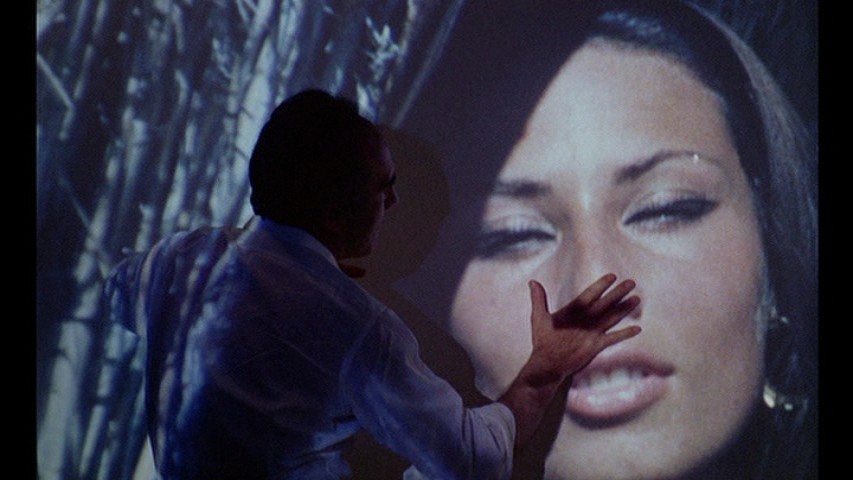 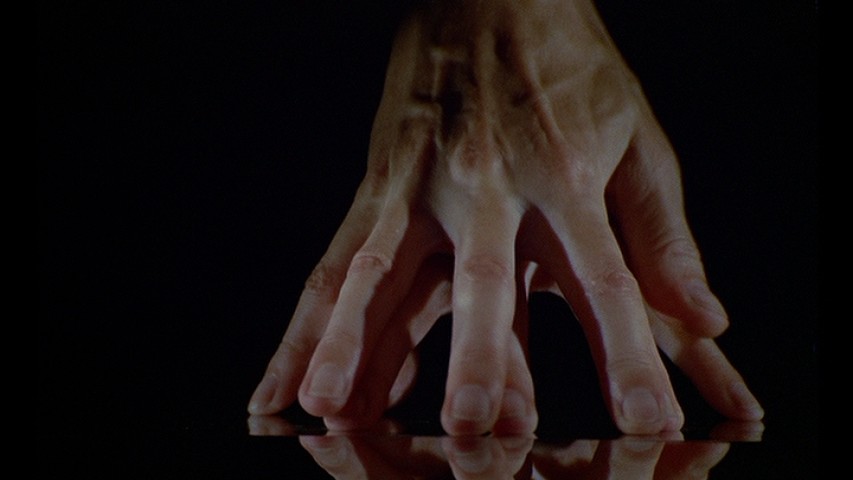 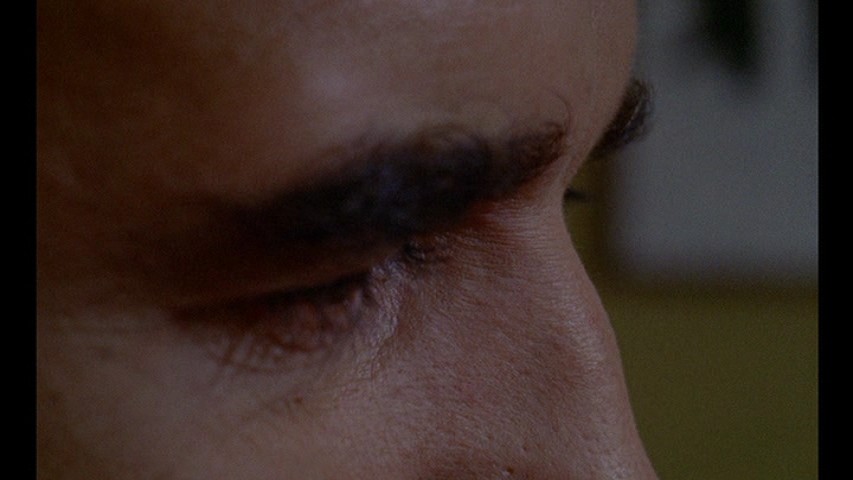 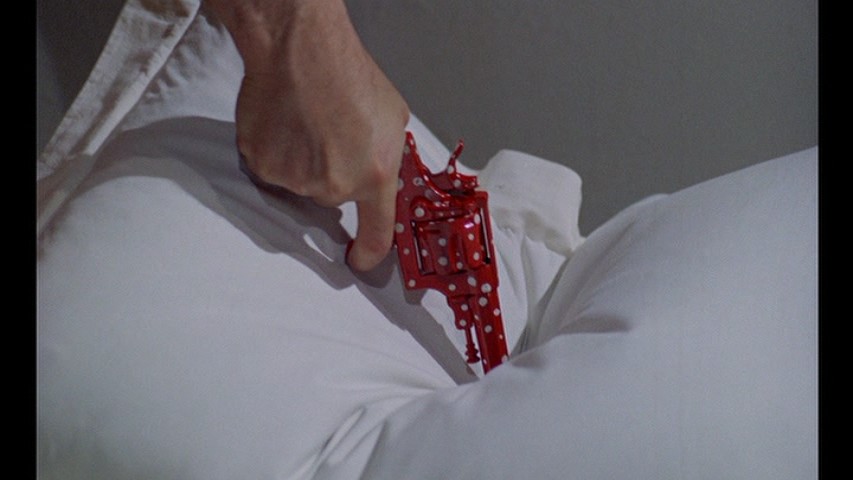 The Italian Dolby Digital 1.0 mono track handles the film’s interesting soundtrack perfectly well. Huge portions of the film play with no dialogue and instead use pop music and orchestral scores coming from a radio to aid in much of the film. When dialogue appears it does sound fairly crisp and sharp, though I suspect post production dubbing in a few cases since there looks to be mild synch problems. The track has a startling amount of range to it, the music coming off fairly loud in some cases, though never distorting or sounding harsh. It’s fairly lively overall and yet another wonderful surprise of this release.

Criterion’s lower-tier release receives a few decent supplements, the first of which is a wonderful new interview with actor Michel Piccoli. In this 13-minute segment recorded last year for this DVD Piccoli talks about the “subversive” director and how he came to be involved with Dillinger is Dead, which involved just a simple meeting. He talks about how Ferreri directed him (or didn’t direct him) and talks about the character and the general feel of the project. He’s obviously quite fond of the late director, evidenced in the fact he worked with him many times afterwards, which makes for a rather pleasing, short interview.

The next interview, running 21-minutes, is with historian Adriano Aprà. Aprà, who ranks Marco Ferreri up highly with other Italian directors, including Antonioni, Fellini, and Pasolini, talks a bit about Ferreri’s early films and his early style, best described as neorealist with a touch of the bizarre, the ups and downs in his career, and then finishes with Dillinger is Dead. He examines the themes in the film, seeing it as a presentation of a man regressing back to childhood and alienating himself from femininity, explains the title (a suggestion that there are no more male heroes) and even points out his cameo, which is apparently one of the many references to Italian pop artist Mario Schifano that appear in the film. It’s a nice interview, somewhat makes up for the lack of an analytical commentary.

The final supplements is a bit disappointing, though worth viewing for a few reasons. Titled Le cercle de minuit, it presents excerpts from an episode of the French television program of the same name, this episode in particular presenting a round table discussion between directors Francesco Rosi and Bernardo Bertolucci, historian Aldo Tassone, and host Laure Adler. It was recorded during the 1997 Cannes film festival a few days after Ferreri’s death. Running 13-minutes it has its charms and it was interesting listening to the group talk about their fond memories of the man (Rosi calling him a “good guy”) and his work. But it feels like a compressed piece of something better. The best aspect of this is we get a couple of clips from an interview Ferreri did earlier that year, where he talks about his feelings about where cinema is going. Apparently he was a quiet man who didn’t like to talk but in these clips he’s very forthcoming with some intriguing things to say and it’s a shame there isn’t more footage of him.

We then get a 32-page booklet featuring a great analytical essay about the film by Joshua Rowin. There’s also a couple of great interviews with Ferreri talking about cinema, audiences (art house audiences in particular,) his work, and Dillinger is Dead. They’re great interviews and possibly the best aspect of this release.

And that covers it. I guess more would have been nice but this is a fairly solid smaller release from Criterion and it does an adequate job in covering Ferreri and the film.

This is a nice release for such a wonderfully bizarre film. The transfer itself is absolutely stunning for a standard definition release; upscaled it looks quite good. And the supplements though slim and maybe not as a meaty as I’d probably like, offer some decent material themselves. It comes with a very high recommendation. 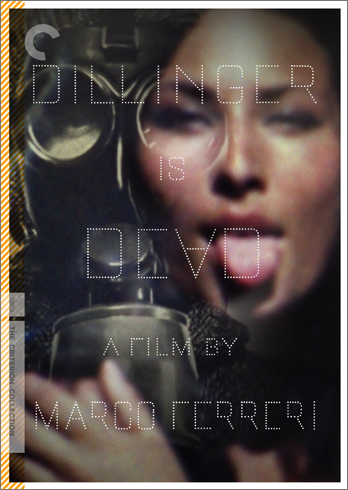