﻿ Elevator to the Gallows Review :: Criterion Forum
The Criterion Collection

Elevator to the Gallows 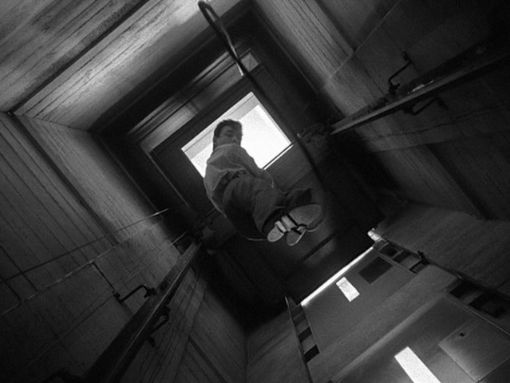 In his mesmerizing debut feature, twenty-four-year-old director Louis Malle brought together the beauty of Jeanne Moreau, the camerawork of Henri Decaë, and a now legendary score by Miles Davis. A touchstone of the careers of both its star and director, Elevator to the Gallows is a richly atmospheric thriller of murder and mistaken identity unfolding over one restless Parisian night.

The Criterion Collection’s original 2-disc DVD release for Louis Malle’s Elevator to the Gallows presents the film in the aspect ratio of 1.66:1 on the first dual-layer disc. The master comes from a 2K restoration done around the time, scanned from a fine-grain print. The picture has been enhanced for widescreen televisions.

Criterion’s new Blu-ray edition, utilizing a new restoration scanned from the negative, does look better in many a number of ways but this release wasn’t slacking either. The restoration, first off, is still incredibly strong with only a few number of tiny marks remaining, along with some visible pulses at times and other minor fluctuations. But when all is said and done the image here is shockingly very clean, with very little to nitpick.

The digital aspect is also strong, at least for DVD. Grain is evident and managed fairly well for the format, with noise only getting a bit bothersome in a few darker scenes. Details are also surprisingly decent in both close-ups and long shots, though clearly nowhere near as strong as what is on the new Blu-ray edition. Compression is also decently managed and I didn’t detect any significant digital problems, outside of normal DVD compression at any rate. All said this presentation holds up surprisingly well. 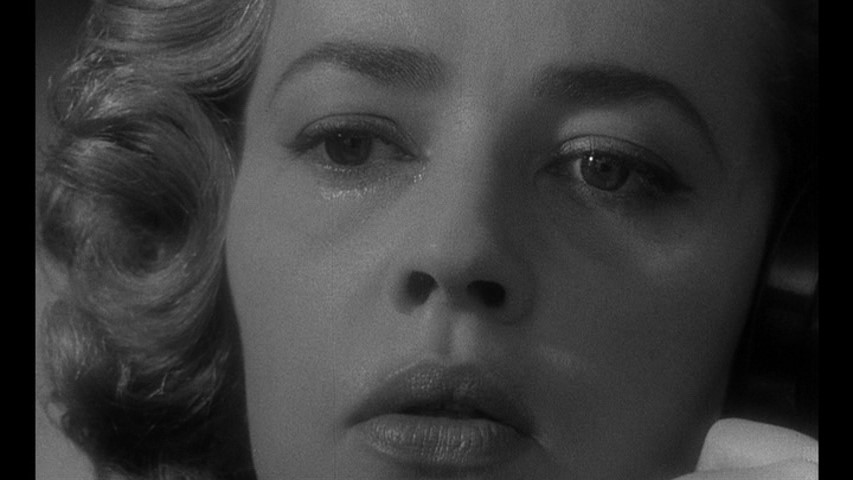 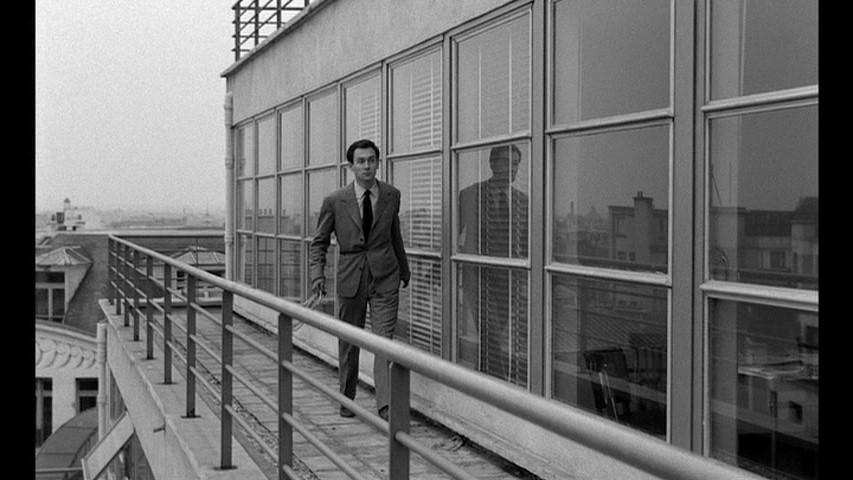 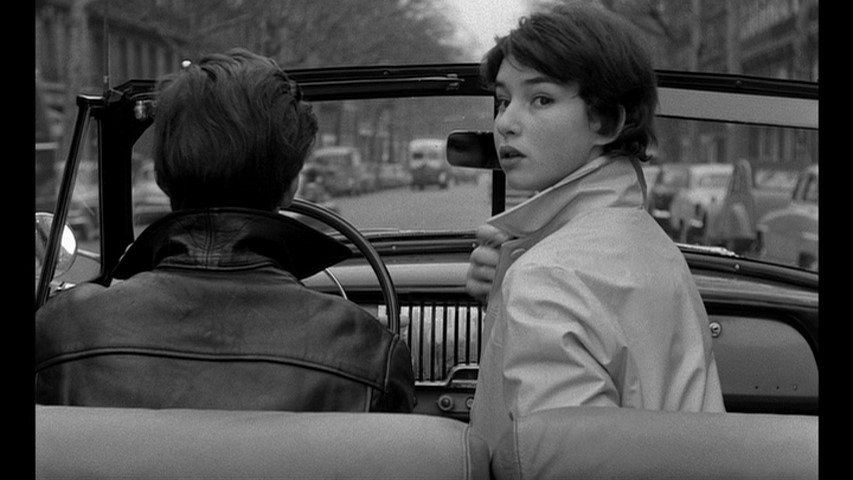 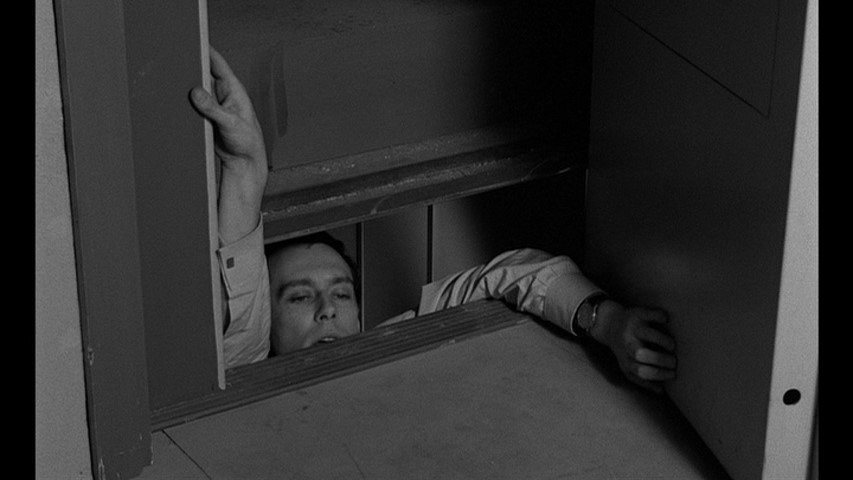 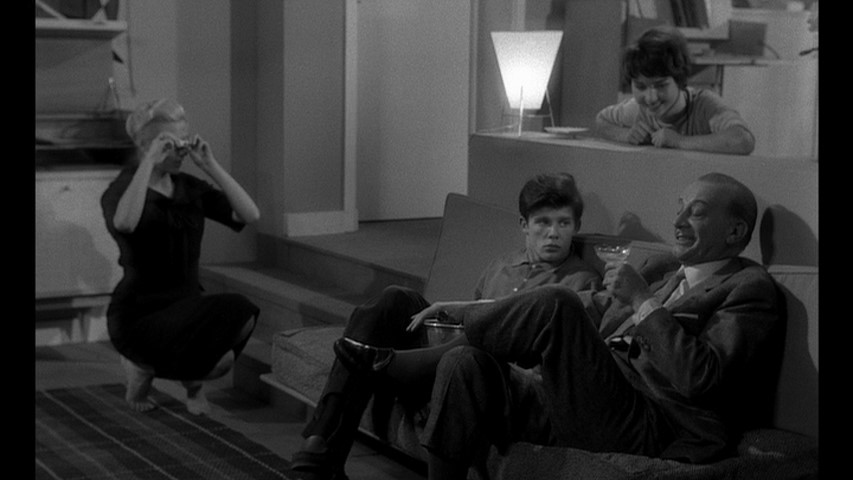 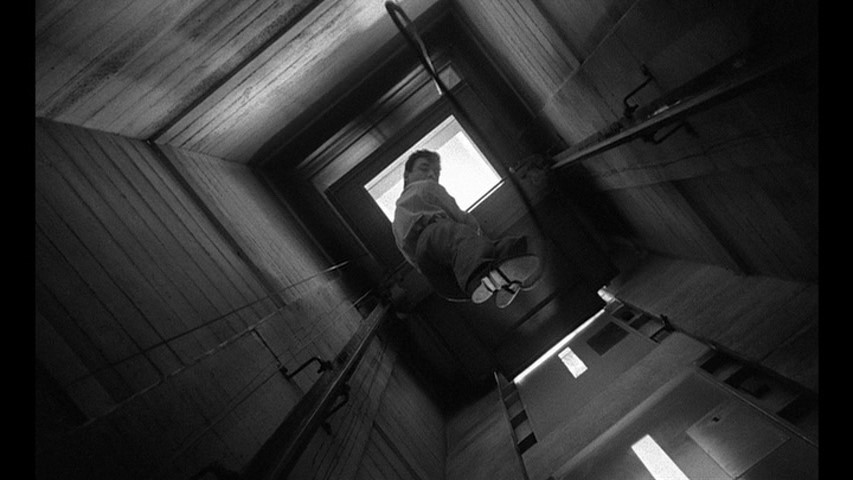 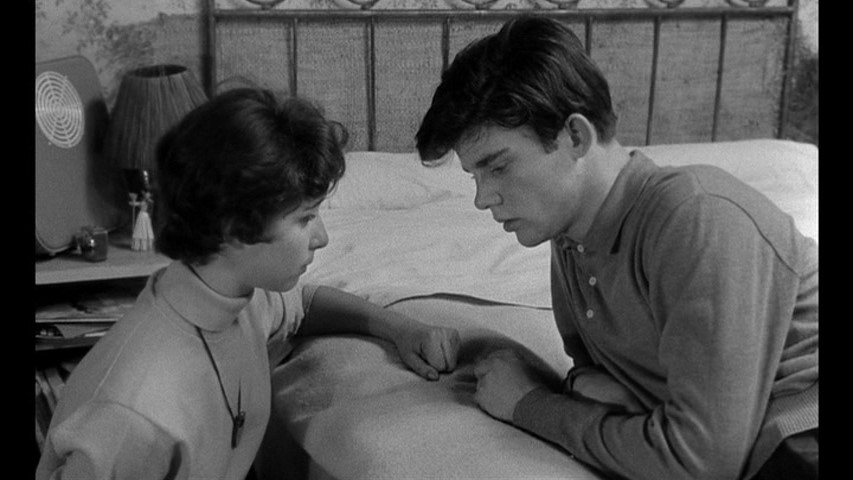 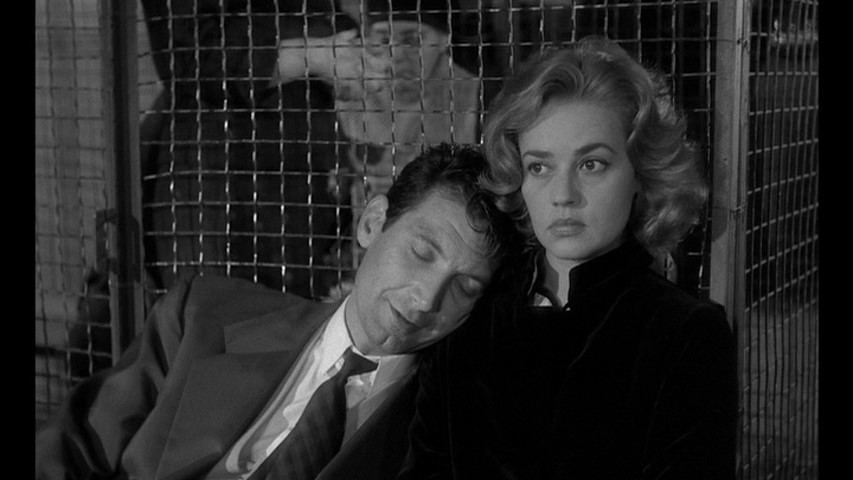 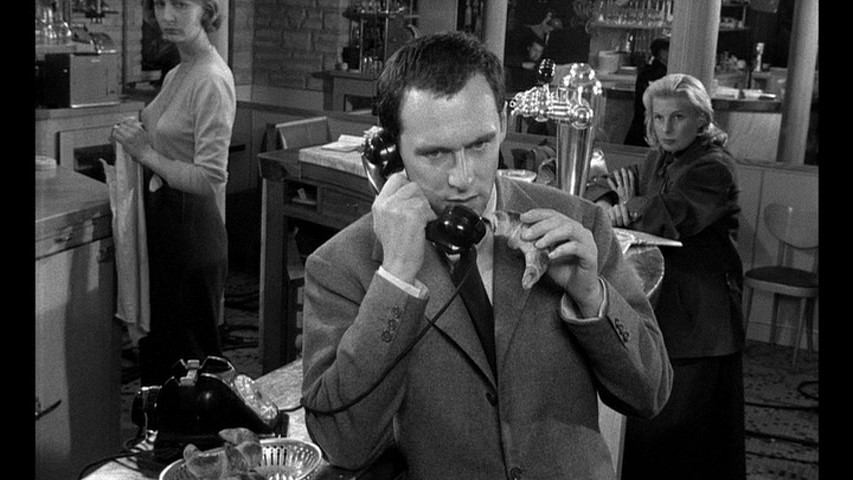 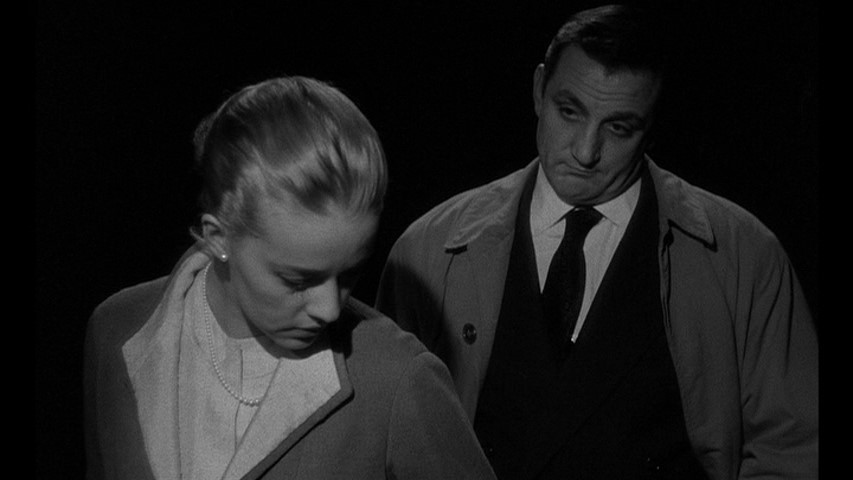 The Dolby Digital 1.0 mono track is a bit flat and the music can have a bit of an edge to it but it serves the film well. Some background noise does creep up but it’s still clean.

Though a 2-disc set it’s not packed with a lot, and I feel everything, including the film, could have more than likely fit on one disc. The first disc, outside of the film, only features the theatrical trailers. All of the remaining features are then found on the second dual-layer disc.

The second disc starts off with a 17-minute interview with director Louis Malle, recorded in 1975 for a French Canadian television program called Let’s Talk Cinema, while Malle was working on Black Moon. Though there is a general conversation about his work (including his time with Jacques Cousteau and how he now feels about the themes he tackled in those early films) it does end up spending a significant amount of time on Malle’s debut film. He suggests the film was a response to the political climate of the time, though the two mention the piastres scandal as being an influence but I admit to not seeing a direct correlation (this isn’t really expanded upon) other than maybe it was just another government abuse so I’m going to put it down to “you had to be there.”

It was a fine enough interview though I caught myself enjoying the next few more, which come off a bit less stuffy. There are a couple featuring Jeanne Moreau, including an 11-minute one from the 1993 Cannes Film Festival, where she appears with Malle to talk about the film, covering topics from her casting to the film’s score and how it fits into the New Wave. A 2005 interview, recorded for the original Criterion DVD, features the actor talking a bit more in-depth about making the film, working with Malle, the time period and how it plays into the themes presented within the film, and how it aided her career.

Criterion also digs up a rather wonderful interview with actor Maurice Ronet, recorded for French television in 1957. The actor talks about his label in being the “romantic lead” and talks a bit about why American actors and European actors differ so much in style, attributing it (a bit at least) to the Actor’s Studio in the States and a more “assembly line” nature. It’s only 4-minutes in length but ends up being one of the more enjoyable features on here.

Criterion then provides a collection of features on the Mile Davis score, starting with footage from the recording session. This 6-minute clip was filmed for a television program and features footage of Davis and his band in a studio recording the score for the film while Malle, sitting in the booth, explains to the interviewer that the score is being improvised and then explaining why he decided to go this route.

Following that are then two sets of interviews focusing on the score and then Davis’ time in Paris. Piano player René Urtreger first talks about meeting Davis in Paris and how Davis and the band first came to meet Malle. He then continues on about a screening of the film they were given and the ideas thrown around about the score before talking about specific scenes and how a lot of elements were actually improvised on the spot.

The next features is a sort-of crash course Miles Davis featuring film and music critic Gary Giddens and trumpeter John Faddis. Between the two they cover Davis’ early career and his eventual move to Europe, something a lot of jazz musicians did at the time (Europe being a place a lot jazz musicians moved to because it was less overtly racist. The two also talk about the score, its importance, and how it appropriately evokes mood. Both are passionate about the subject and keep the feature fairly energized, making it a brisk but very rich 35-minutes.

We then yet again get a student film from Malle, Crazeologie, a reference to Charlie Parker song “Crazeology” which makes an appearance. The rather frantic 6-minute film provides, at first, the semblance of a plot (two friends show up another’s apartment looking for the one individual’s sister) but goes off the rails from there. Influenced by the “theater of the absurd” it’s indeed an odd film, though quite energetic and assured for a student film.

The included booklet then features a number of writings, starting with Terrence Rafferty’s essay on the film and its connection to the New Wave, which is then followed by a reprint of an interview with Malle, the director going over the genesis of the project with more detail about adapting it from a (apparently not all that good) novel. It then closes with a quick note by the director’s brother Vincent Malle, recalling that period and the film's release. It has neem reprinted from a 2005 issue of FLM Magazine.

Though a 2-disc release the features feel a bit slim, but all of the material, particularly on Davis and the film’s score, are all terrific on their own.

Though I would surely point everyone towards the new Blu-ray which offers a much sharper and more filmic presentation, those not too bothered by standard definition or who still haven’t made the leap to Blu-ray, this DVD, if you can find it decently priced, still offers a decent looking presentation. 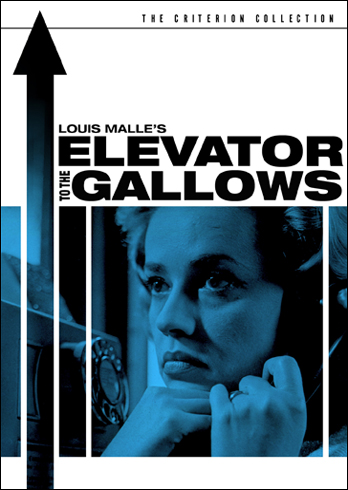 Elevator to the Gallows (Blu-ray)