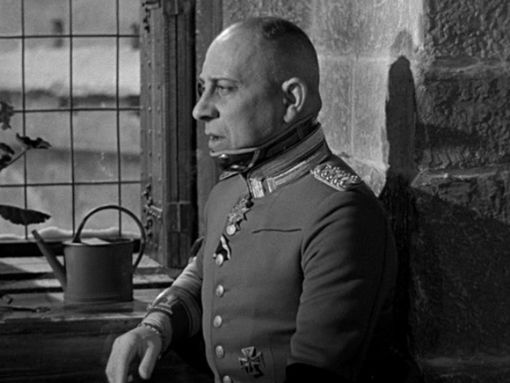 One of the very first prison escape movies, Grand Illusion is hailed as one of the greatest films ever made. Jean Renoir’s antiwar masterpiece stars Jean Gabin and Pierre Fresnay as French soldiers held in a World War I German prison camp, and Erich von Stroheim as the unforgettable Captain von Rauffenstein. Following a smash theatrical re-release, Criterion is proud to present Grand Illusion in a new special edition, with a beautifully restored digital presentation.

While this title is spine #1 in the collection it was actually delayed for well over a year (almost two.) It was originally to be a direct port of their laserdisc (with similar cover art) using the same transfer. A new print was then discovered, which led to Criterion redoing the transfer and pushed the release date back, the disc finally seeing the light day around the same time Criterion released their original DVD for The Third Man (spine #64.) And was it worth the wait?

Most certainly! While Criterion has definitely done better in recent years it's still a strong transfer, and of their original DVDs in the early spine numbers it's easily the best. Looking at the restoration demonstration shows the vast improvement over the previous laserdisc transfer. The image is much sharper throughout a majority of the film, presenting more noticeable film grain. Blacks and whites are decent, if maybe slightly boosted at times, and while the image is clean overall I do have to say there was some noticeable noise. I wondered at first if it was maybe film grain but it could look a little blocky and digitized at times.

The print is also in much better shape and restoration looks to have been a little more thorough. There is still plenty of damage, but it's not all that heavy and far better than what I had expected at the time.

I remember looking forward to this DVD and getting a little impatient, waiting for it to finally see the light of day. In the end I'm happy they waited and put in the extra effort and it was worth it. Again they've had newer releases that look better, but I still think this one looks quite impressive. 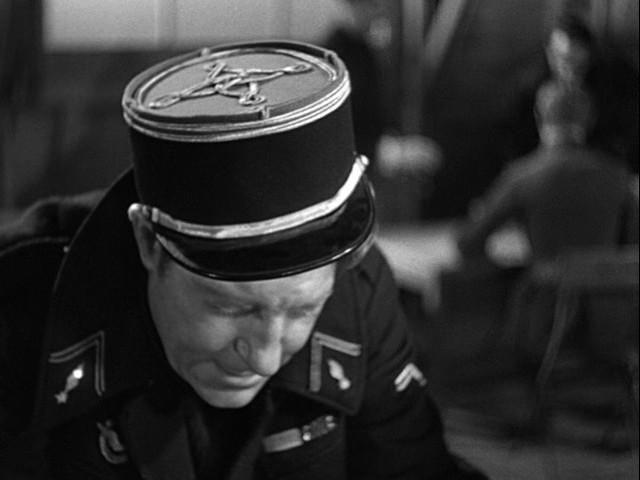 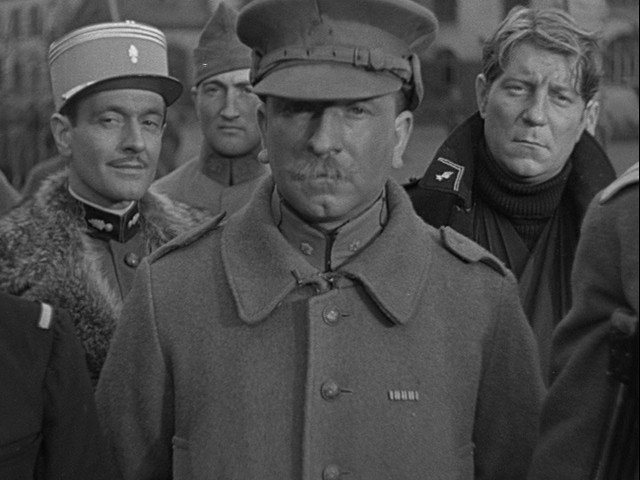 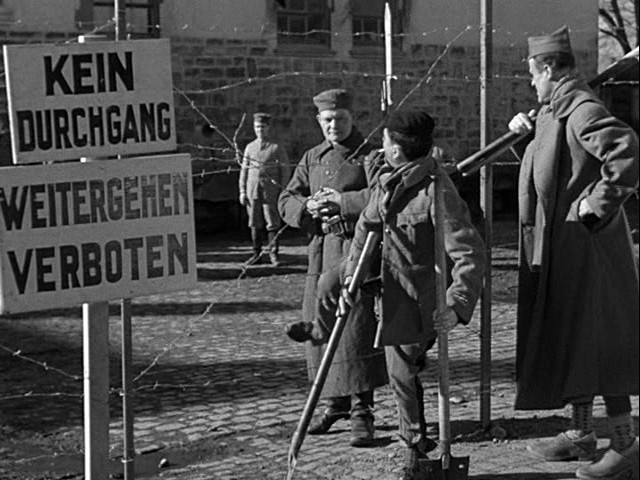 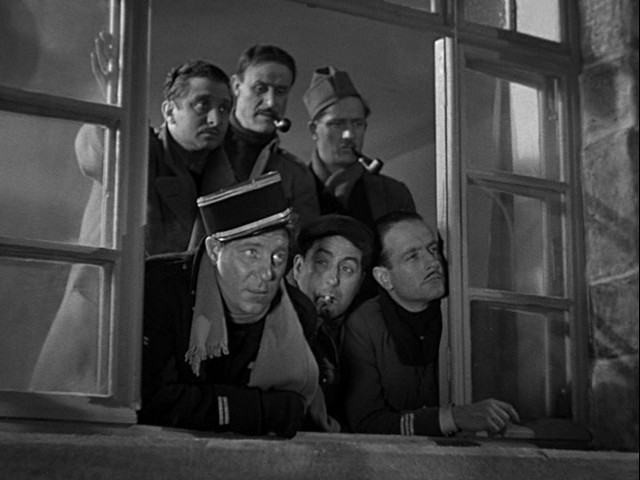 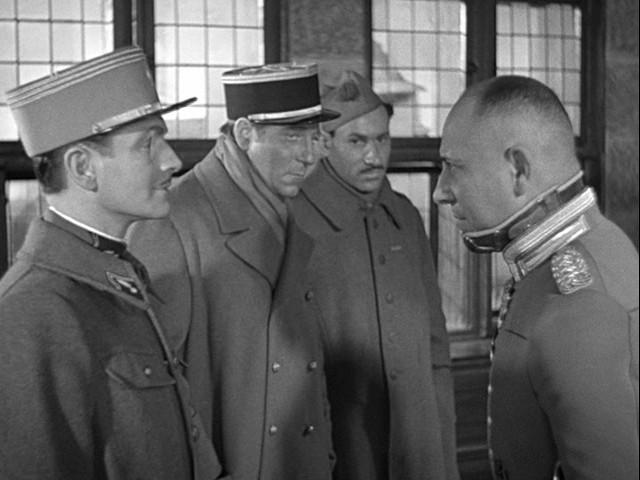 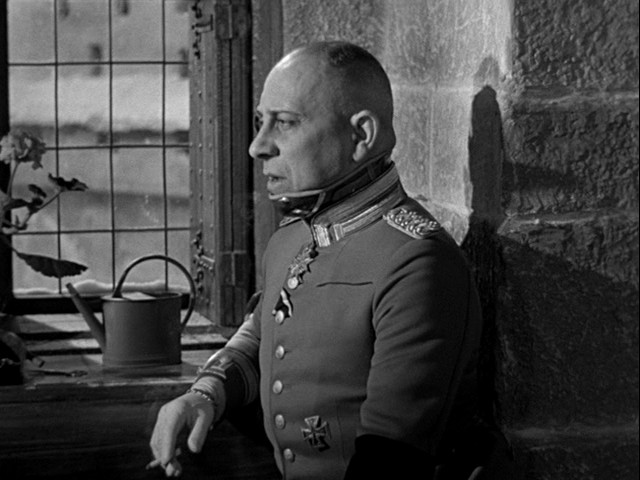 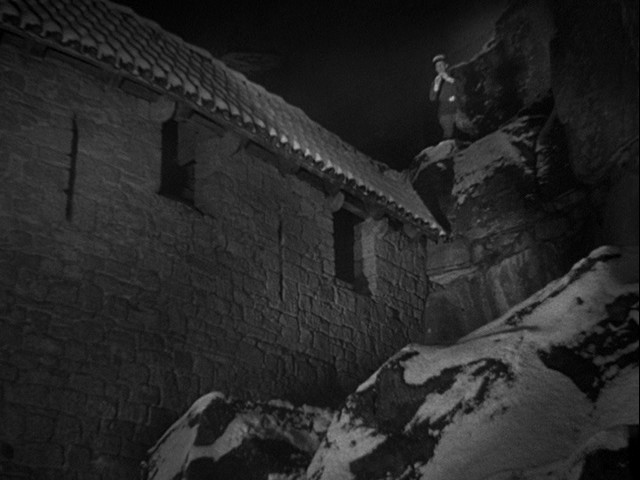 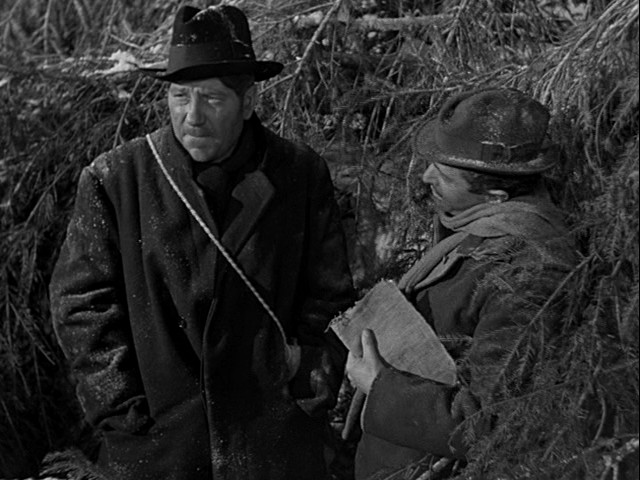 Criterion includes a French Dolby Digital mono track. It's not great but it gets the job done. The source materials are in better shape than I would have expected but still have some damage, including a slight hiss. Dialogue can come off a little edgy and flat, and music can be a little harsh.

Criterion also upped this release a bit in terms of supplements. The original laserdisc contained only a commentary and the DVD release was also only to contain this same commentary. But after reworking the transfer Criterion included a few more goodies, though admittedly not much.

First from the main menu is an introduction by Jean Renoir, which is actually, more or less, a theatrical trailer for the film. Running 4 and a half minutes it has Renoir talk a bit about the film, concentrating on the many versions of the film after it was censored by the Nazis, certain negatives thought to be destroyed. He is proud to present the most complete version of it. Nice addition.

The remaining supplements are found in the section aptly titles 'Supplements.'

Leading the pack is an audio commentary by Peter Cowie, the same one used for the laserdisc. Cowie's tracks are love-or-hate for most and I usually like them, including this one. Cowie gives a wonderful scholarly examination of the film and its themes, really digging into the meat of the film. He also talks about the film's production, its key players, and issues and controversy that surrounded the release. It is like sitting in some sort of seminar but I feel Cowie keeps it interesting and he has his thoughts nicely gathered.

Restoration presents a restoration demonstration comparing the DVD's new transfer to past presentations, including the original 1958 print of the film (which was a restoration of the film made up from both negative and positive elements) and the Criterion laserdisc transfer, which used the 1958 print. It's explained, through text notes, that while they tried their best there was only so much they could do considering the available film elements. Eventually they were able to find the original negative, thought to have been destroyed by the Nazis, making a rather striking transfer from that. Running almost 5-minutes it not only shows the striking differences between the three versions (despite this feature being interlaced) and a nice step-by-step of the restopration, but also gives a rather interesting (if brief) history of the film.

There is an archival radio presentation of the acceptance speech by Renoir and von Stroheim at the 1938 New York Film Critics Awards. This is actually in extremely good shape and is unbelievably clear with a few minor problems. I don't know if it was well preserved or Criterion restored it but it does sound good. Both von Stroheim and Renoir give thanks and talk about the film. At four and a half can't say I found it terribly gripping but it's a nice little addition and I'm glad they dug it up.

And finally there is The Press Book, which presents the text presented in the press book for the film's 1999 theatrical run and is divided into a few sections. They're all presented as text notes that you navigate through using your remote. About the Title explains the incorrect Enlgish translation of the film, which states the English title should actually be 'The Great Illusion'. The Lost Camera Negative gives a great history on the film's original negative, touched on throughout other supplements on the disc. Von Stroheim on Renoir presents a piece written by von Stroheim about his first meeting with Renoir and his working relationship with the man. And then finally there is a collection of Cast Biographies, giving brief bios for Jean Gabin, Pierre Fresnay, Erich von Stroheim, Marcel Dalio, Julien Carette, and Dita Parlo. While brief they're all decent reads.

And finally there is an insert with a small essay by Cowie, sort of encapsulating what he covers in his commentary track.

The package says that a "letter to the projectionist" is included as a supplement but I must admit I've never been able to find this supplement. I'm unsure if I've just missed it after all these years or if it's simply missing from the disc.

Despite that one thing it is a nice DVD release. Not jam packed but they're all quite good, covering the history of the film's negative, some information on the various versions, and also giving a great analysis of the film. All of it is worth working through.

Originally delayed for almost two years this DVD was worth the wait. The video transfer is quite sharp, a vast improvement, and the supplements are informative and interesting. One of Criterion's better early titles. 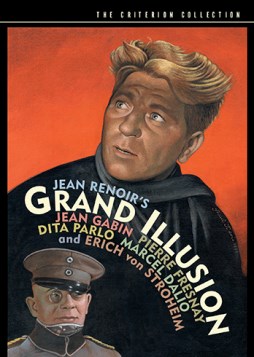 Rules of the Game (Blu-ray)

Jean Grémillon During the Occupation (DVD)