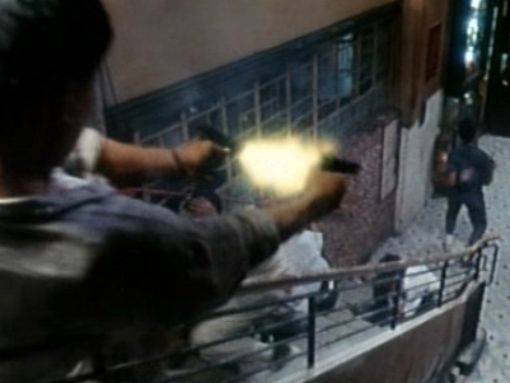 Criterion's now out-of-print edition of Hard Boiled is presented in the aspect ratio of 1.85:1 on this dual-layered disc. Like the Criterion edition of The Killer the image has not been enhanced for widescreen televisions.

I've never been all that impressed with the image on this disc feeling that even Criterion's The Killer, contained on a single-layer disc, looks better than this one. It's a smudgy looking picture with rather poor colour saturation and off blacks, the image looking a little washed throughout most of the film. The image has its fair share of artifacts and really looks blotchy.

The source materials also appear to be in rather awful condition, with plenty of marks and bits of debris and is much heavier than those found on The Killer. It's a rather disappointing looking image. 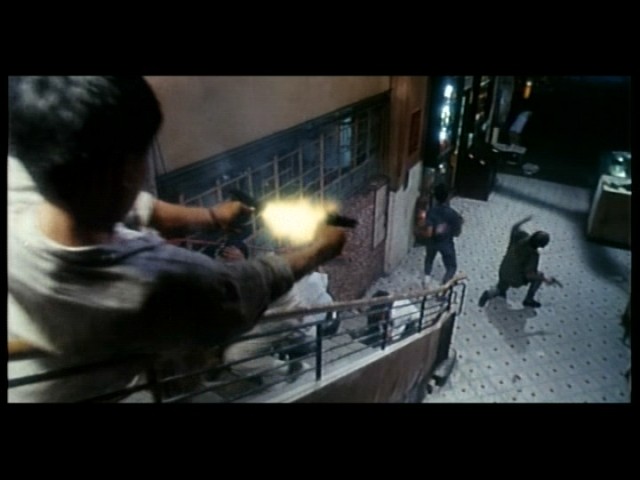 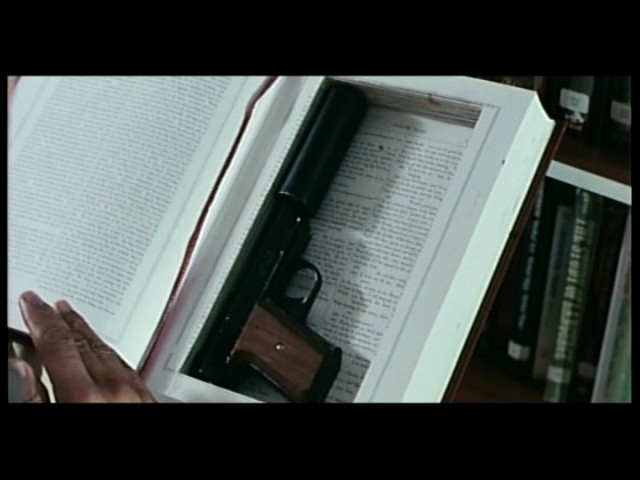 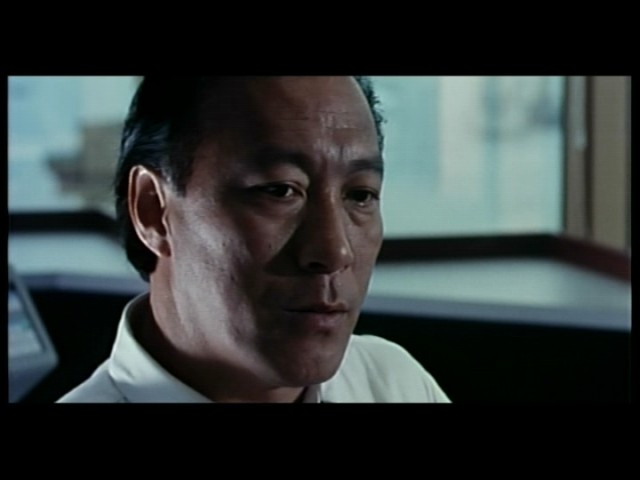 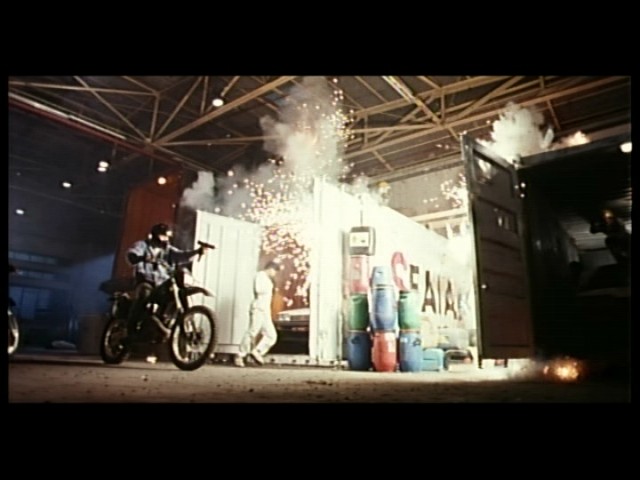 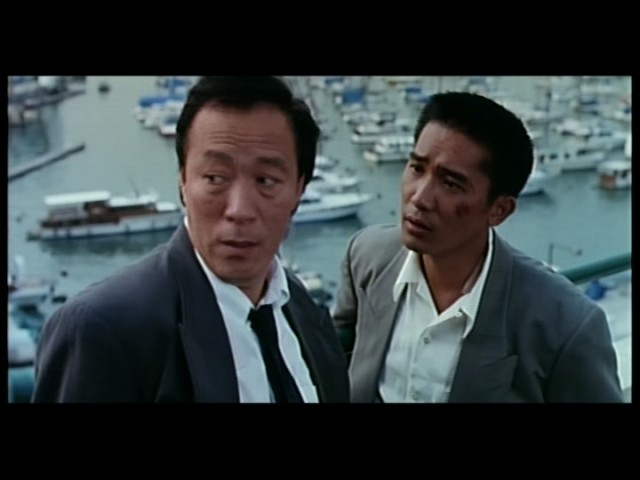 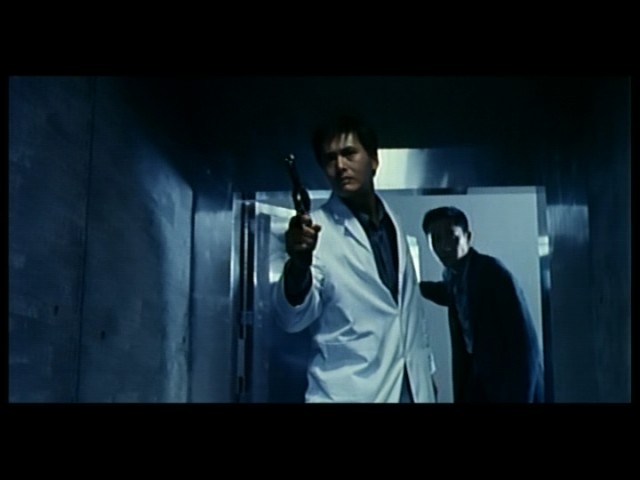 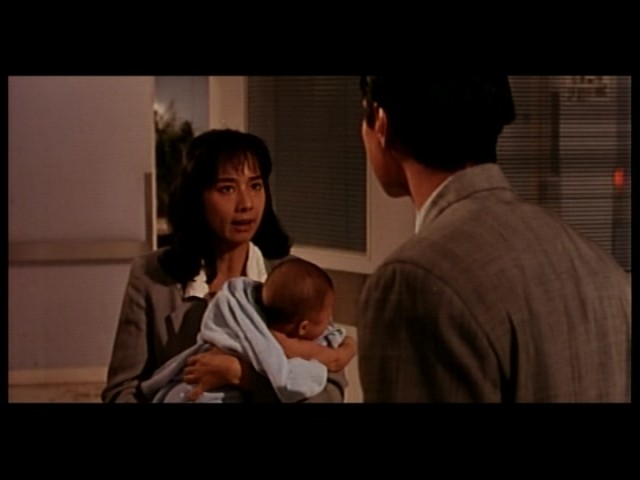 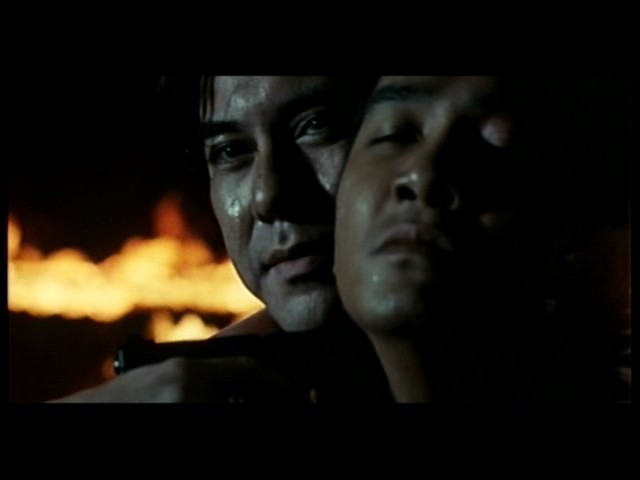 Again, like with Criterion's release of The Killer, Hard Boiled presents a flat, compressed Cantonese mono track. Voices are flat and unnatural, sound effects are a little louder but just lack that punch, and the music is a bit of a mess. An optional English track is also included but it's not any better actually come off more obnoxious since it's an obvious dub. Very poor.

Supplements are actually where this release shines.

It's a port of the Criterion laserdisc, carrying most of the features over. The big feature is the audio commentary from that disc featuring director John Woo, producer Terrence Chang, filmmaker Roger Avary, and critic Dave Kehr. Like most of Criterion's older commentary tracks (and some of their current ones) all of the participants have been recorded separately and then edited together, which I do admit liking on some level since it usually keeps the tracks going. Woo has the bulk of the track, and covers some of the same areas he covered on the Criterion commentary for The Killer, going over his influences and his shooting process, plus how he shoots his action sequences. Chang probably has the least amount of time on the track and talks about the more technical aspects of the production and Woo's style. Kehr offers a great analysis of the film and Woo's technique, praising him throughout, calling him the 'Jackson Pollack of action scenes'. And Avary may seem like an odd addition but he offers a film geek perspective that has some interesting moments, like his analysis on how home video is affecting new directors. I assume he was brought on to the track as he had written a script called Hatchet Man that was to be directed by Woo (the film, as of this writing, has never come to be.) Kehr and Avary also offer their own analysis on violence in current cinema. There's also a lot of mention about the original script and the drastic changes made to the film (Leung was to originally play a psychopath that kills babies, something that didn't sit right with Woo.) This is actually, over all, a rather informative and entertaining track, bringing in both a technical and analytical aspect that covers almost everything one can about the film. Definitely worth listening to.

The next feature is John Woo's Student Film, a black and white silent feature (in very rough shape) running about 10-minutes. It's called Accidentally and in all honesty I can't really explain what it's about (the best I can figure is it's about a boy who abducts a girl he's attracted to/obsessed with, and I only got that much because of the text intro provided by Woo in the menu.) There are Chinese intertitles but unfortunately they are not translated. I enjoy seeing student works from directors, and this one is interesting to view. There's actually no real sense of Woo's future style as it's a fairly slow paced feature, but it shows another side to the director.

Woo's Hong Kong Years presents 11 theatrical trailers. The trailers are for: The Young Dragons, Hand of Death, Princess Chang Ping, Last Hurrah for Chivalry, From Riches to Rags, A Better Tomorrow, A Better Tomorrow II, The Killer, Bullet in the Head, Once a Thief, and Hard Boiled. Each trailer is accompanied by notes written by Woo, Tony Rayns, Dave Kehr, and others. The presentation allows you to select the trailer from a list (which then takes you to notes related to the trailer and then the option to play the trailer) or scroll through each trailer using your remote.

Notes on Hard Boiled is a text feature (an essay by David Chute) that you navigate through using the arrows on your remote. The essay examines the film as Woo's farewell to Hong Kong, and goes over its box office and acceptance amongst critics and fans. It also offers more information on the drastic changes made from the original script. It's sort of annoying have to scroll through it (I'm sure if Criterion were to release this now they would have just included it in the booklet) but it's worth reading.

Chute also provides another essay called Guide to Hong Kong Crime Films, which is exactly what the title describes, giving a history of the genre and its popularity, starting with Woo's A Better Tomorrow and then looking at other films in the genre including films by directors other than Woo. Again, it's annoying to navigate through using the remote, but it's worth reading.

That closes off the disc supplements. There is an insert with a brief essay on the film by Barbara Scharres. I always assumed that these insert essays for Criterion's DVD releases came from the liner notes of the laserdisc releases but this looks to have been written for this DVD release since the laserdisc was released in 1995 and the essay mentions the Hong Kong Handover in 1997. It's a brief piece offering an examination of the film as Woo's goodbye to Hong Kong, and also as representing the mood in Hong Kong during those years leading up to the Handover.

And that covers it. One feature missing from the DVD that was included on the laserdisc is behind-the-scenes footage from the set of Hard Target. This isn't a huge loss, though, and I assume it wasn't included either due to rights issues or they figured it was unnecessary (which it would have been.)

Not a huge collection of supplements and not up to Criterion's latest releases, but it's a solid collection of features and offers a great analysis of the film and the genre, and gives a decent look into Woo's work.

The supplements are good but the transfer is lousy, and in this regard there are better DVDs (despite the DUB-titles, the Dragon Dynasty DVD would be the better option for the transfer.) Still, hardcore collectors and Woo fans may be somewhat interested, specifically for the extras which are still unique to this DVD. Well, if you can find it cheap enough. 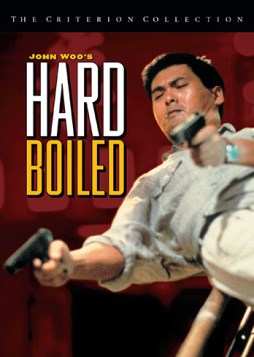