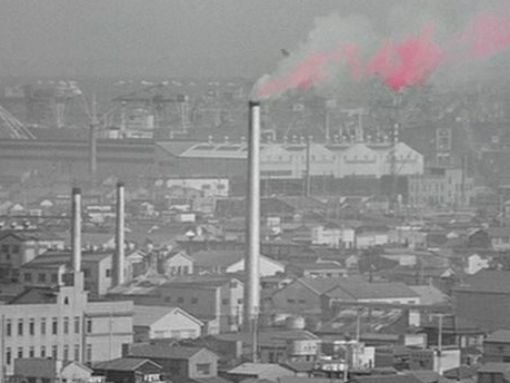 The Criterion Collection has re-released High and Low in a brand new 2-disc special edition. The previous edition was sort of a disappointment, presenting a non-anamorphic widescreen transfer of the film with no supplements and pricing it at $39.95. This release runs the same price but is a huge improvement over the original release. Criterion again presents High and Low in the aspect ratio of 2.35:1 on the first dual-layered disc and has been enhanced for widescreen televisions.

The anamorphic transfer is a big improvement alone, but Criterion presents a better looking print with only a few issues, the original release containing a good amount of damage. The image is definitely sharper and cleaner than the original, and contrast has been greatly improved, the original release sometimes looking too bright or too dark. Blacks are strong and grays look beautiful. It's a wonderful looking upgrade overall. 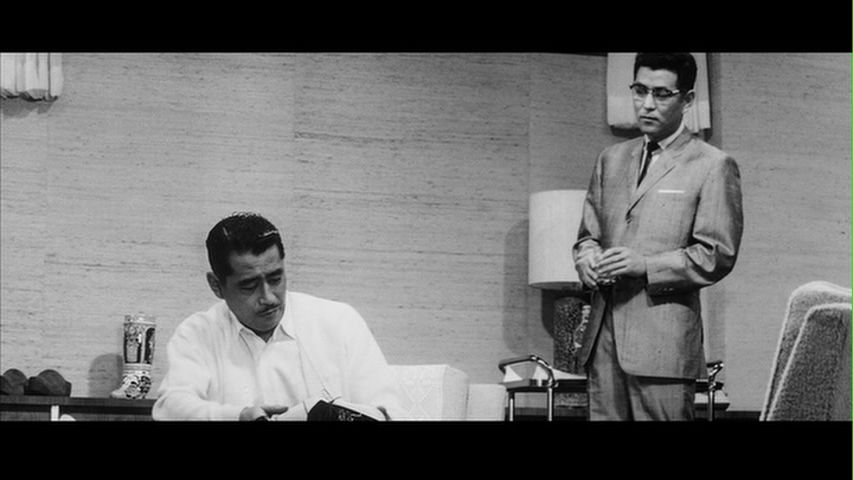 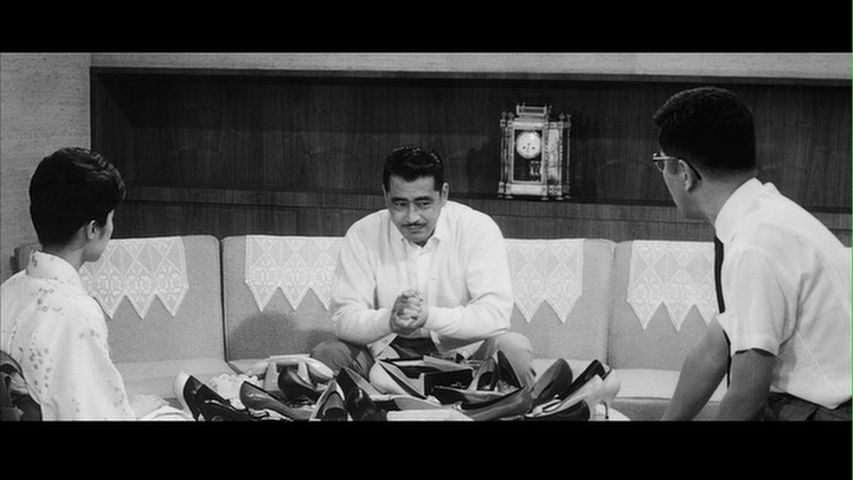 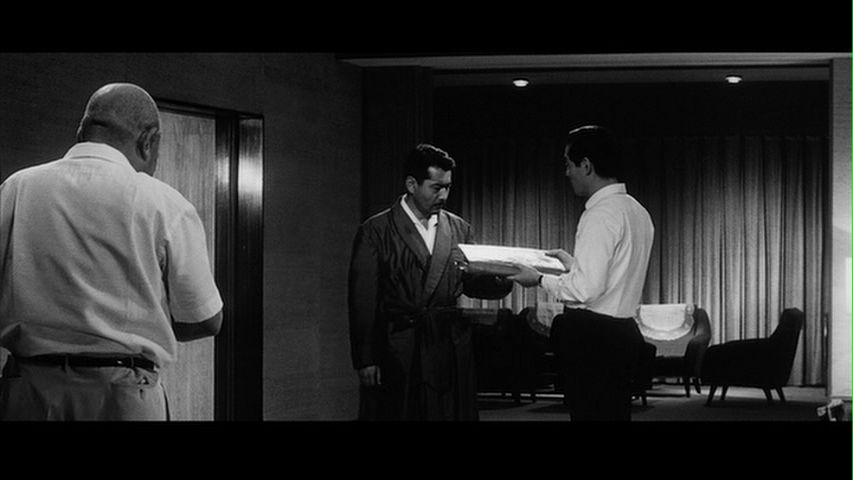 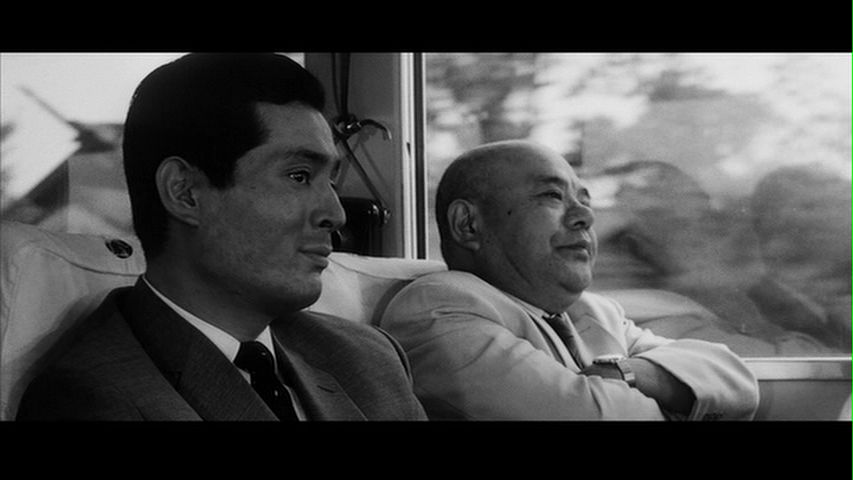 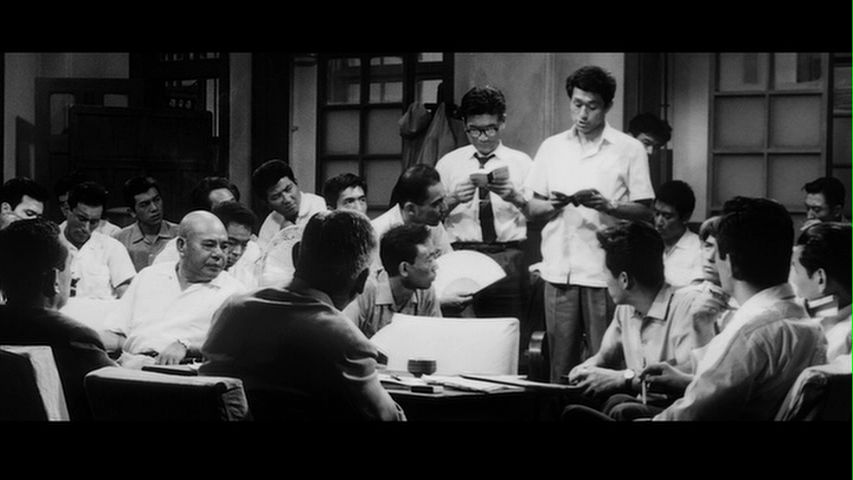 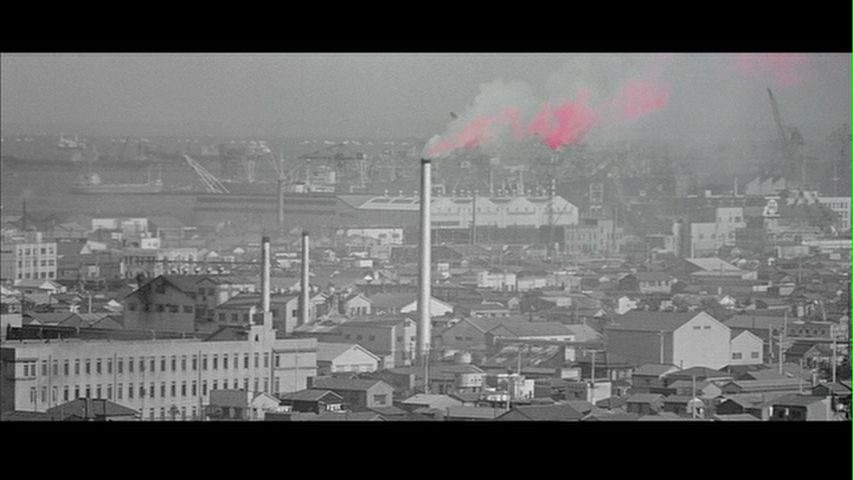 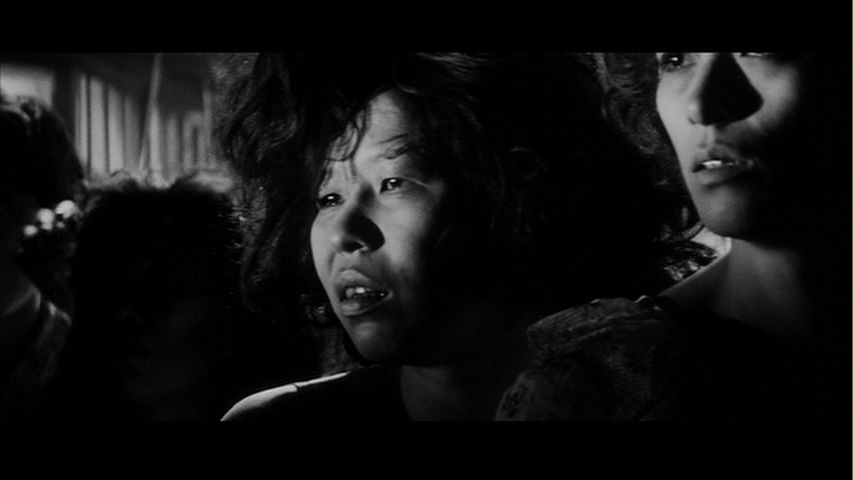 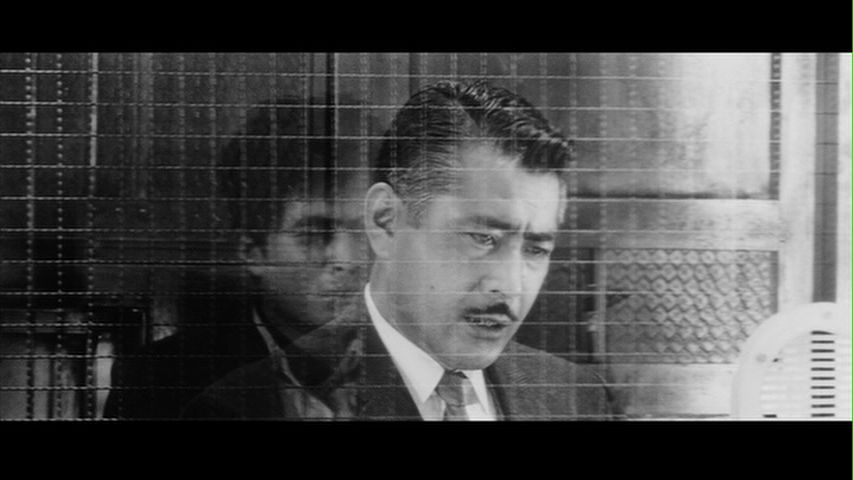 Criterion presents the film in a Japanese Dolby Digital 4.0 surround track, an upgrade of sorts from the original release's mono track, not only presenting a more active track but also sounding sharper and clearer. Music can still sound a little harsh and distorted at times, but voices are clear and distinct and the sound quality overall is clean. The track remains front heavy but with distinct movement between the front three speakers. Dialogue sticks pretty much to the center. The rears, working together, get a little to do, offering some subtle background effects, but they're only truly noticeable during the train sequence and the climax where the police follow their suspect, offering a decent surround environment. In all, a nice, solid sound presentation for the film.

This re-release contains a few strong supplements, making up for the previous releases lack of any supplements.

The first disc contains a lone supplement, a brand new commentary by Stephen Prince. Prince's commentary covers just about all aspects on the making of the film, focusing heavily on Kurosawa's techniques, especially during the first half of the film, which takes place primarily in Gondo's (Mifune) living room. He gives a lot of information about the shoot during other scenes, such as the sequence on the train and the climax in the seedier side of town. He makes some comparisons to the original novel and also touches on how Japan's judicial system treated kidnappings at the time (more like robberies) and how laws were changed around the time of the film's release and the film's reception at the time of its release (Kurosawa apparently received threats.) My favourite little bit comes where Prince mentions that Kurosawa wanted Nakadai to come off more like Peter Fonda, even shaving back his hairline. What I most appreciated about the track, though, was Prince pointing out of the nuances and even symbolism within the film that I've missed in the past. During the last half he does sort of resort more to commenting about the onscreen action but it's an excellent, informative track overall.

The remaining supplements are found on the second dual-layered disc. I think the fact it was dual-layered led me to suspect the extras would be more substantial, but in all they're just over 90-minutes in running time.

The first is another documentary from the Toho Masterworks series Akira Kurosawa: It Is Wonderful to Create. This just shy of 37-minute documentary pulls together interviews with members of the cast and crew, even getting interview segments with Kurosawa. It focuses on different sequences throughout the movie, members of the crew going over how the sequences were shot and some of Kurosawa's techniques. A lot of the material here is covered in the commentary as well, but the people gathered for the interviews offer interesting anecdotes (Nakadai commenting on having to shave his hairline back). I think most interesting was Kurosawa's issues with actor Kenjiro Ishiyama, Kurosawa having to take multiple takes of most of his sequences, which was an issue during the train sequence. As well (briefly discussed in the commentary) is the mention of an alternate ending that was actually shot but later abandoned by Kurosawa. Apparently the ending was a real issue for the director, having others come up with ideas, but he eventually chose the ending that the film has currently. I like this series overall and was pleased with the inclusion of this episode.

The next feature is probably my favourite one: An interview with Toshiro Mifune. Coming from a Japanese TV show called Tetsuku's Room, this particular episode airing in 1981. The focus is heavy on the TV film Shogun that came out during that period, so this was probably more a publicity piece. But still, it's an absolutely fascinating interview, at least for me since I've never seen an interview with Mifune before. Along with Shogun he discusses some of his other projects, including working with John Frankenheimer on The Challenge and (more amusingly, since he says the film has been in production for three years) Terence Young's Inchon (I would have actually loved to hear more about that one.) There's some fluffy bits in it, but thankfully most of it goes over Mifune's career and how he got into acting (purely by accident) and he also touches on his service in the army during the war. There's even mention of the acting school he is opening. The piece runs over 30-minutes and is worth watching if you're an admirer of Mifune's work.

The final big supplement is a 19-minute interview with actor Tsutomu Yamazaki, who plays the kidnapper in the film. This was shot exclusively for Criterion and is presented in anamorphic widescreen. He talks about how he got the role, Kurosawa looking for somewhat of a newcomer, and his nerves during the audition. He mentions it was a tough shoot, and reminisces fondly on making the film, recalling his relationship with Mifune (who would drive him to the station in his sports car so he could catch his train home), working with Kurosawa, and recalls a friend who also worked on the film who died shortly after completion. He also gives an analysis of his character and his motivations. It's a nice, reflective interview, and along with everything else is worth viewing.

Finally, closing off the disc, are three trailers. The first is the original Japanese trailer that actually contains footage from the original ending (this footage apparently doesn't exist anywhere else). There's also a Japanese teaser trailer, which starts with how this film apparently helped change Japan's kidnapping laws. And then closing off this section is the American trailer, which makes the film look more Hitchcockian.

And finally there's a rather thick 34-page booklet. It contains an essay by Geoffrey O'Brien, offering his own analysis of the film. And then there's an article by Donald Richie from a 1963 issue of Films and Filming coming from the set of Kurosawa's film, offering some insight into the making of the film (or at least one of the first sequences in the film) and Kurosawa's previous work. Both make for excellent reads.

And this closes off the supplements. Not much, but I thought they were all worth my time and all quite informative, more than making up for the previous shoddy release from Criterion.

For all of those holding off on purchasing the previous release of High and Low because of its high price point and lack of supplements and a non-anamorphic transfer, you can feel safe about purchasing this release. Still priced higher but the image has been improved and the supplements are great, making it more worthwhile. For those that own the previous release it is worth upgrading, even if you're only concerned about the film's transfer. It was a long wait, but Criterion got this release right. 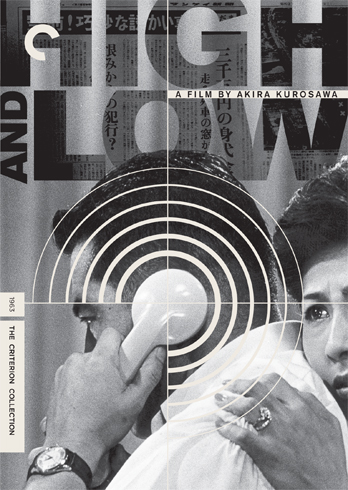