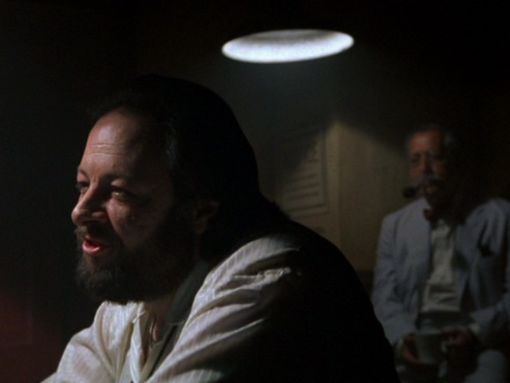 Pulitzer Prize-winning playwright and screenwriter David Mamet first sat in the director’s chair for this sly, merciless thriller. Mamet’s witty tale of a therapist and best-selling author (Lindsay Crouse) who must confront her own obsessions when she meets an attractive cardsharp (Joe Mantegna) is as psychologically acute as it is full of twists and turns, a rich character study told with the cold calculation of a career criminal.

In what was a bit of a surprise Criterion has released David Mamet’s first film, House of Games, on DVD, presenting the film in the aspect ratio of 1.78:1 on this dual-layer disc. The image has of course been enhanced for widescreen televisions.

Criterion has most certainly outdone MGM’s DVD release (which is still available) in the picture department (I don’t even believe that one was anamorphic.) The picture here is much sharper, smoother, and cleaner. Detail is surprisingly good, there are no obvious signs of compression artifacts, colours are beautifully saturated, and the print is in wonderful shape. Darker moodier sequences look very good, with some nice deep blacks.

It’s a wonderful looking image and for those that already own the MGM DVD I would say it’s worth upgrading to this edition just for the improved image alone. 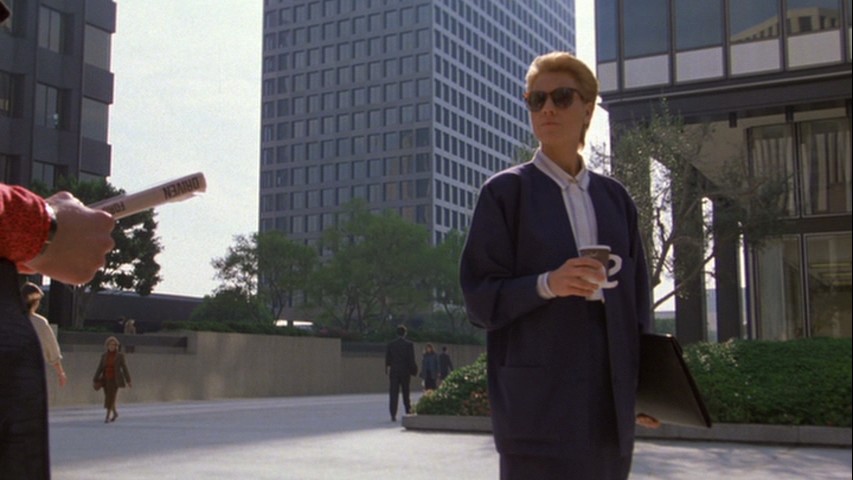 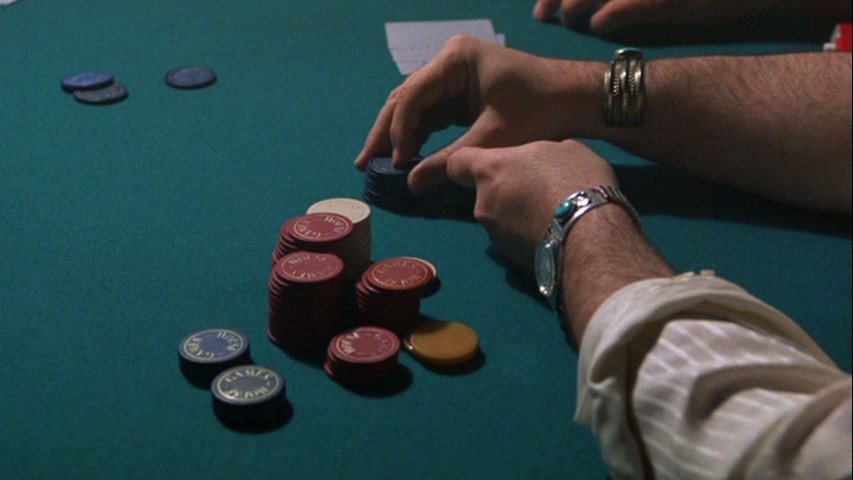 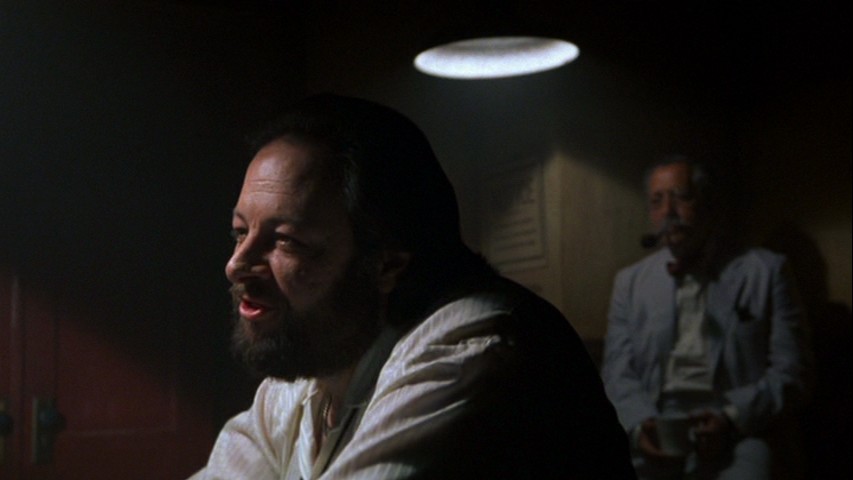 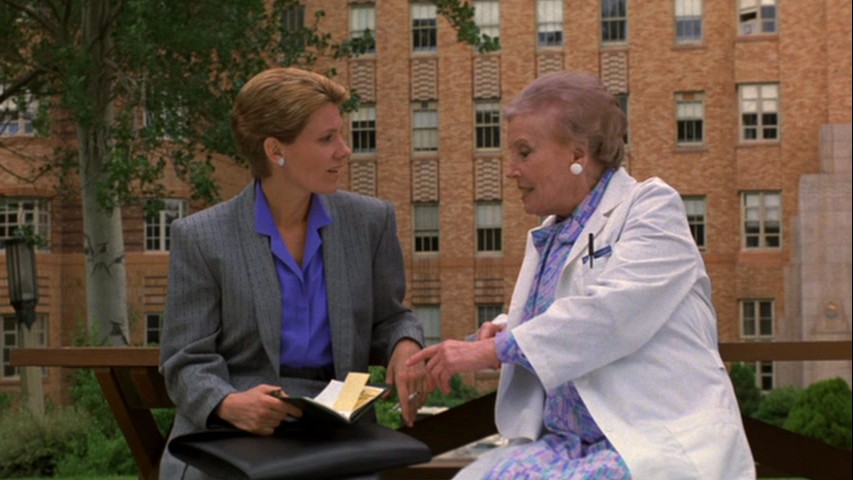 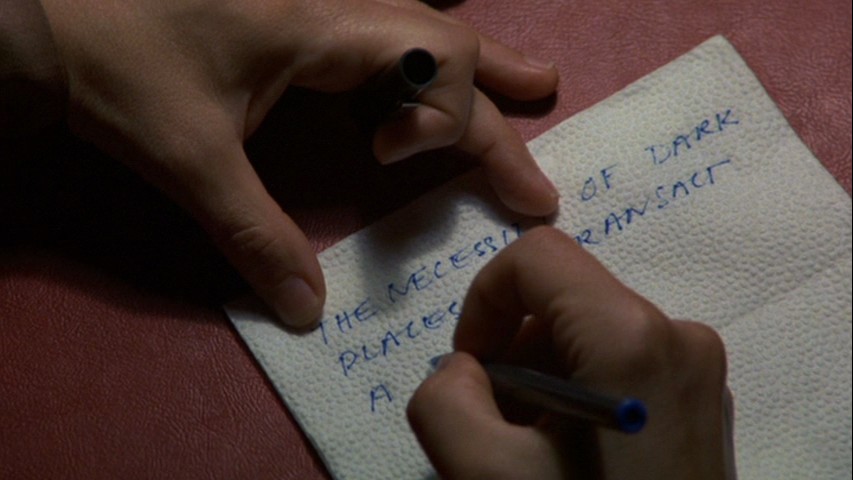 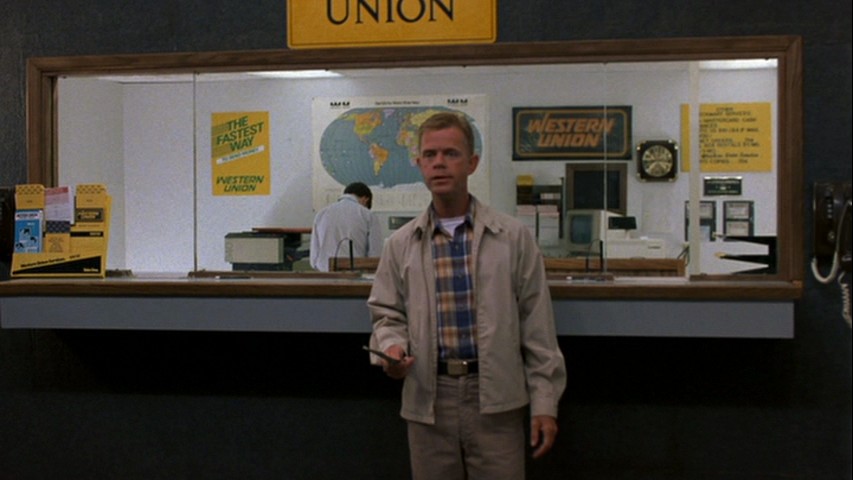 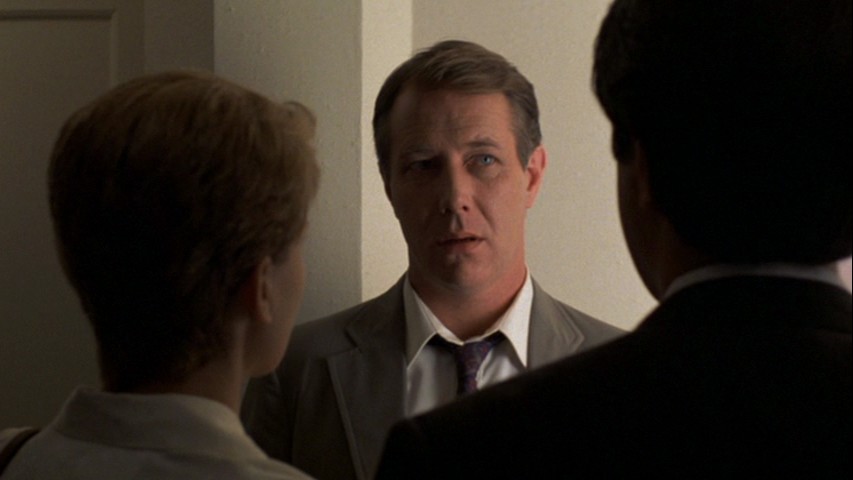 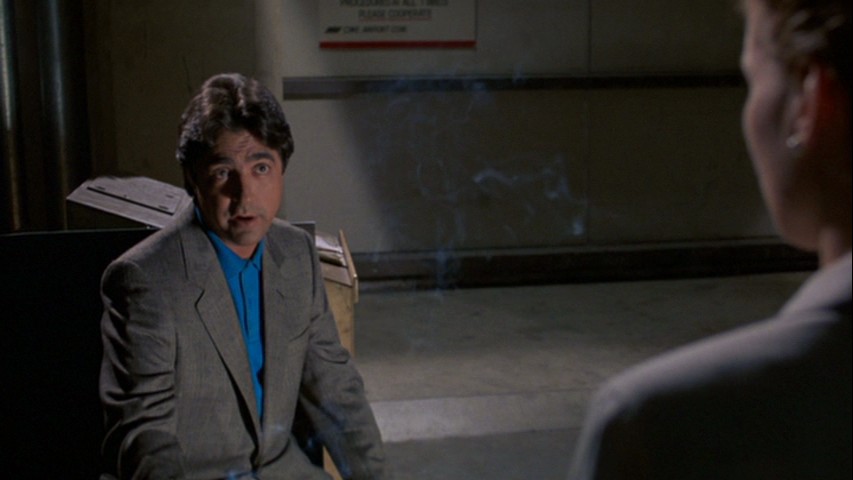 I can’t vouch for the audio on the MGM edition as I can’t recall it, which tells me it was probably at least serviceable. That’s about all I can say for the Criterion edition as well. The English Dolby Digital mono track presents a fine mono track that never really strives to be much more. Dialogue and music sounds adequate, the source materials sound to be good overall, though there are a few instances where there’s a slight hiss or scratching. Fine but nothing special.

The MGM DVD only contained a trailer (and the option of a full screen or widescreen version of the film.) The Criterion edition packs on a little more for supplements.

The big supplements on here is the audio commentary by director David Mamet and consultant/actor Ricky Jay. Mamet delves heavily into the film’s themes of lies and deception, his true disdain for psychiatry (which he considers a con) and reflects on his first time in the director’s chair and talks about the overall learning experience, touching on some of his influences (Carne’s Daybreak a huge influence apparently.) Despite all of this information, Mamet can come off a little full of himself at times, which can get sort of grating. Thankfully Jay offers some balance. His contribution is more fun since he comes from the world of confidence games and card sharks. He offers a bit of information on types of cons (and even mentions the Spanish Prisoner con,) some history, how con men adapt to technologies, and also contributes a bit about working on the film and acting as a consultant to Mamet. Without Jay I probably wouldn’t have been as enthusiastic with the track, but with him it makes the track a little more worthy of your attention. I actually wish there was more of Ricky Jay on this release.

Criterion has gathered a couple of interviews. Lindsay Crouse, star and Mamet’s former wife, talks for approximately 15-minutes about Mamet and making the film. She apparently got him into the movie business after introducing him to director Sidney Lumet and the long road to getting House of Games made. Originally Peter Yates was to direct but was unable to and Mamet was then offered the job, and Crouse then focuses on Mamet’s directing style, what it was like to work with him, and then her experience acting alongside Joe Mantegna, Ricky Jay, and others. The interview has been divided into 4 chapters.

Another 15-minute interview features Joe Mantegna and I enjoyed this one a little more. He covers most of his working career with Mamet starting with their rather low key introduction. He mentions his work on the stage play of Glengarry Glen Ross (who ironically got the role after Al Pacino turned it down, Pacino of course going on to play the same role in the film version) and how his not getting the same part in the movie version of the play led to him getting the role of confidence man Mike Mancuso. He continues on with how Mamet works with a close circle of friends, always using the same people, and is proud of the fact that he was able to once convince Mamet to allow him to change one line of dialogue. He also gives an interesting analysis of his character. This little segment, also divided into four chapters, was probably the best feature on the disc for me.

David Mamet on “House of Games” is a 25-minute documentary of sorts that is made up of video footage shot during the making of the film. It’s in rough shape, the whole segment obviously put together on some VHS tape (and looks to have been recorded in EP mode) but watchable. It includes interview segments with Mamet and Crouse, and then footage from the set and shoot are placed in. Amazingly half of the documentary focuses on poker. Mamet and his friends are poker enthusiasts and Mamet was obsessed in shooting the best poker sequence he could. During the shoot he and his poker buddies, who he flew out to Seattle, would get a few games in and we get some footage of their games. There’s also a primer in “card lingo” which explains some of the curious lines in the film, and an amusing anecdote about translators trying to translate the film into Italian. The rest focuses on Mamet’s spare style in writing and directing and even offers footage of him working with his actors (the style of acting in his films is “unique” and it’s interesting to actually watch him work with the actors to get the tone he’s going for.) And while again Mamet may come off as a little much, it was fascinating to watch how he works on the set.

”The Tap” presents a collection of storyboards presenting an alternate con that was to be shown in the film. According to the notes Ricky Jay didn’t want the details of the con exposed so he came up with another con that was used in the film. The scene in question involves the sequences where the tricksters give Crouse’s character an example of an old school con involving a $20 bill. In these alternate storyboards the sequence plays out pretty much the same in set up and conclusion, but just differs in the con used, which has notes with it giving step-by-step instructions.

The disc supplements then conclude with the theatrical trailer showing that Orion had no idea how to market the film.

And of course we get a booklet, this one 28-pages long, containing an essay on the film by Kent Jones, and excerpts from an introduction by David Mamet that appeared in a published version of the script, where Mamet offers in great detail the ordeal of getting the film made and what it was like directing his first feature. Both are excellent reads.

And that concludes the release. It’s a shame Ricky Jay didn’t have more to do over the supplements, but we still get a few good things on here. At any rate it’s still a far better release than MGM’s.

It’s an obvious winner over the MGM DVD with a far better video transfer and an actual set of supplements and for those interested in owning the film on DVD I would direct them towards this release. I would also recommend this release for those that already own the other DVD. A nice looking release and a pleasant surprise. 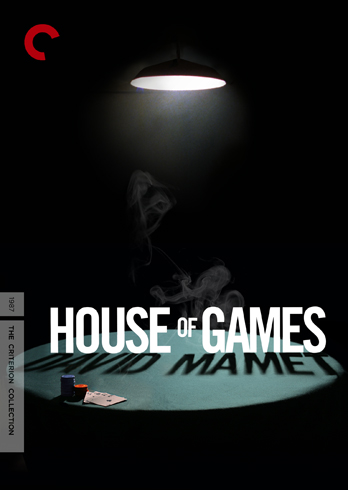