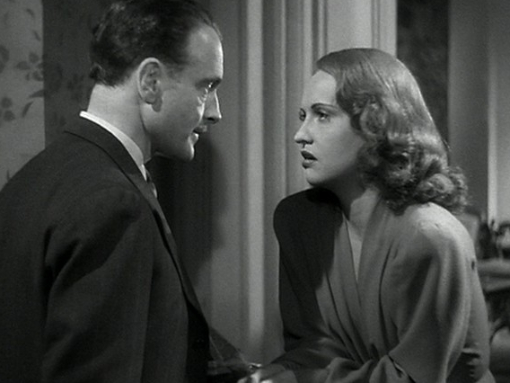 A mysterious writer of poison-pen letters, known only as Le Corbeau (the Raven), plagues a French provincial town, unwittingly exposing the collective suspicion and rancor seething beneath the community’s calm surface. Made during the Nazi Occupation of France, Henri-Georges Clouzot’s Le Corbeau was attacked by the right-wing Vichy regime, the left-wing Resistance press, the Catholic Church, and was banned after the Liberation. But some—including Jean Cocteau and Jean-Paul Sartre—recognized the powerful subtext to Clouzot’s anti-informant, anti-Gestapo fable, and worked to rehabilitate Clouzot’s directorial reputation after the war. Le Corbeau brilliantly captures a spirit of paranoid pettiness and self-loathing turning an occupied French town into a twentieth-century Salem.

Le corbeau is presented in its original aspect ratio of 1.33:1 on this dual-layer disc.

It’s an acceptable image, but most certainly not one of Criterion’s strongest. It’s unfortunately never really sharp, almost always looking slightly out of focus, and artifacts are an issue giving a slightly fuzzier look. The print is in fairly nice shape overall, though. Damage is limited to dirt and debris popping up, and a few scratches scattered about. Black levels are a little off and seem to vary throughout the film, whether coming off too light or looking way to dark in darker sequences. 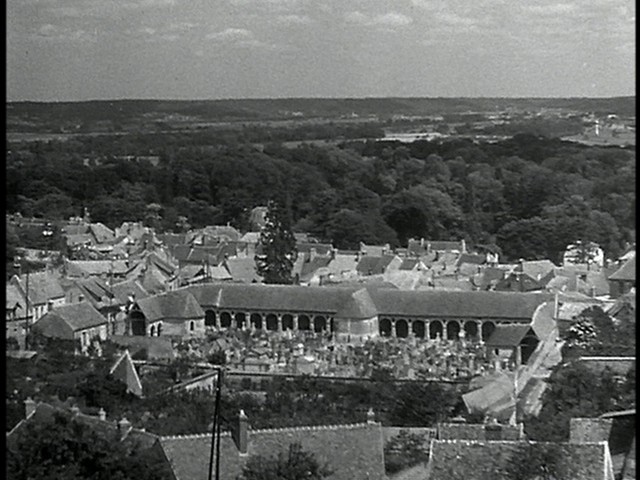 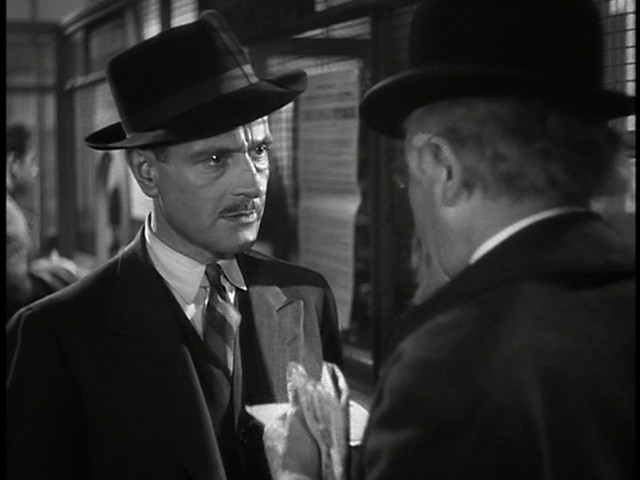 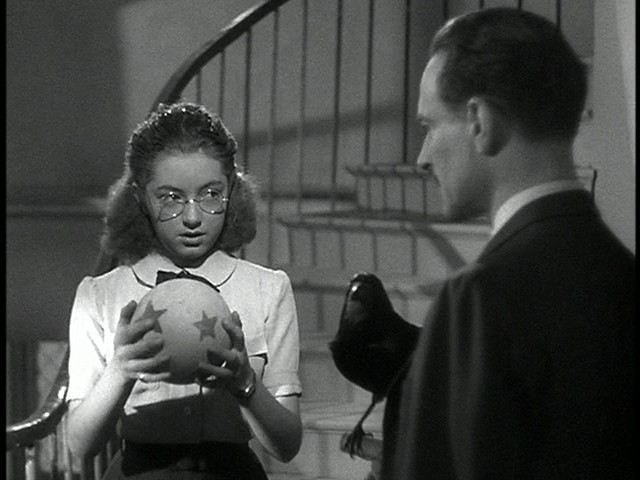 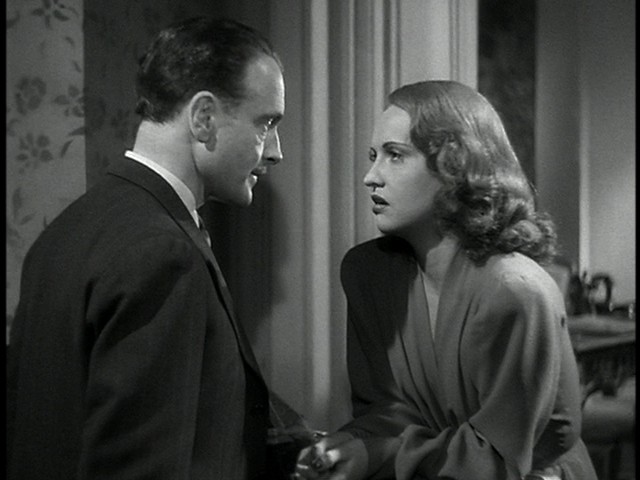 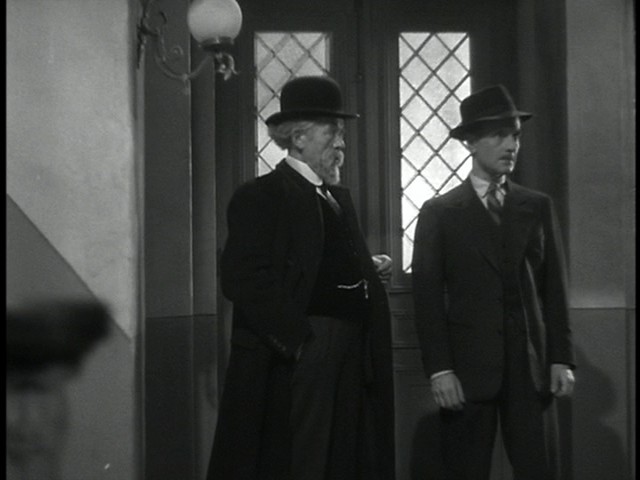 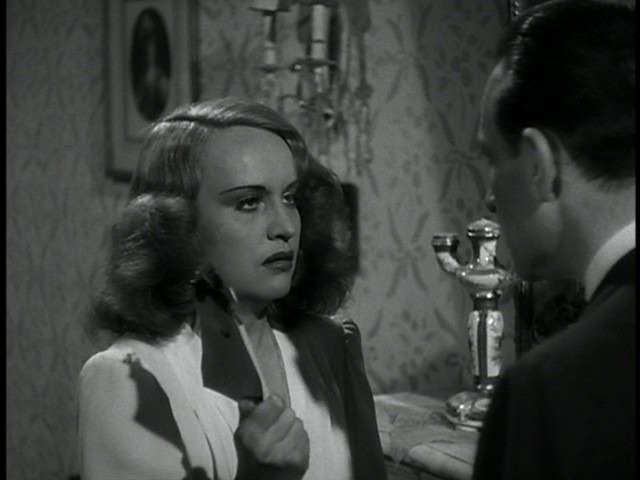 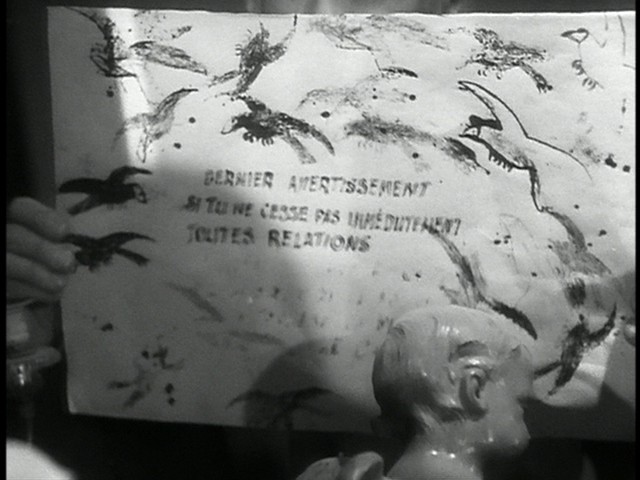 The French Dolby Digital mono track is fairly weak, coming off almost hollow. It actually sort of reminded me of the track on Criterion’s original Salo DVD in that it almost sounds detached from the film, though still nowhere near as bad. Voices are weak and music lacks any real power to it.

For a lower-tier release Criterion has put together a decent collection of supplements.

The big feature on here is a 21-minute interview with director Bertrand Tavernier, who had worked with Le corbeau’s director, Henri-Georges Clouzot. Divided into five chapters, Tavernier talks about the film’s controversy with both the left and right of the political spectrum, director’s taking up work during the Nazi occupation of France, the German film company Continental Films (which could get around censors and gave Clouzot more freedom) and the and the trouble Clouzot got into after the liberation of France. It offers a decent amount of detail about the making of the film and Tavernier even gives a decent analysis of Clouzot’s work from that time period.

And then we get an 8-minute excerpt from a 1975 documentary called The Story of French Cinema by Those Who Made It. In this quick, all-too-short excerpt filmmakers (including Charles Spaak, Jean Aurenche, Pierre Bost, Claude Autant-Lara, Andre Paulve, Christan-Jaque, Pierre Chenal, and of course Clouzot) recall making films during the occupation and the certain amount of freedom they had. There’s some discussion about Continental Films and its head, Alfred Greven, who was actually concerned about making quality films. A good chunk of it thankfully has Clouzot himself talk about his film, Le corbeau, and even explaining how the film film got him fired (because it discouraged people from anonymously reporting on other people.)

The booklet included makes for a great read, including an essay on the film and the German occupation’s influence on French films by Alan William. A great addition, though, are articles that appeared in the 1947 editions of the French paper L’Intransigeant where one writer, Henri Jeanson, defends Clouzot and the film Le corbeau, while another, Joseph Kessel responds and criticizes both the film and the director, specifically for working with the Germans. Nice addition.

I wish there was actually more in this set on the occupation and filmmaking during it as I find the subject fascinating and it’s really only lightly handled here. Still, as it stands it’s a nicely put together disc for the lower price point.

The disc was discontinued over a year ago and could be scarce to come by. Thankfully Criterion regained the rights and they’re releasing the DVD again on March 10th (it’s unfortunately not a newly done DVD but the same one.) The DVD can be a little underwhelming as a whole but admirers of Clouzot’s work will most appreciate picking it up. 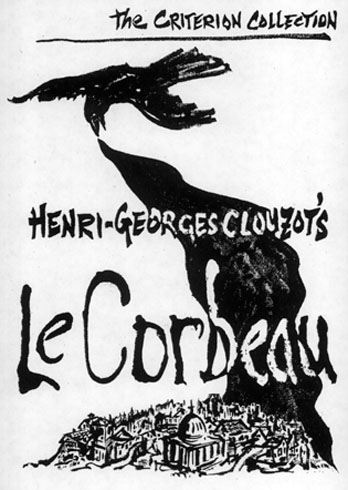