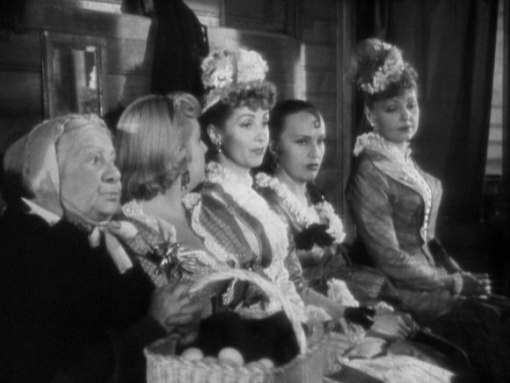 Roving with his dazzlingly mobile camera around the decadent ballrooms, bucolic countryside retreats, urban bordellos, and painter’s studios of late nineteenth-century French life, Max Ophuls brings his astonishing visual dexterity and storytelling bravura to this triptych of tales by Guy de Maupassant about the limits of spiritual and physical pleasure. Featuring a stunning cast of French stars (including Danielle Darrieux, Jean Gabin, and Simone Simon), Le plaisir pinpoints the cruel ironies and happy compromises of life with a charming and sophisticated breeziness.

Le plaisir is presented in the aspect ratio of 1.33:1 on this dual-layered disc. The image has been pictureboxed.

The black and white image found on this disc is a step above the transfer for La ronde, but only by a fraction. The print looks to be in much better shape presenting very little in the way of damage, just an occasional vertical line probably being the most noticeable blemish. But again I thought the transfer leaned a little too much on the dark side, even a couple of shots near the end coming off somewhat hard to see. Again this could have to do with the source materials, but it definitely works against the film, even making it a little fuzzier. Flickering is also present through most of the film. A slight step up from La ronde’s transfer, but nowhere near Criterion’s other black and white transfers in terms of quality, even including their release of The Earrings of Madame de…. Still watchable but a tad disappointing. 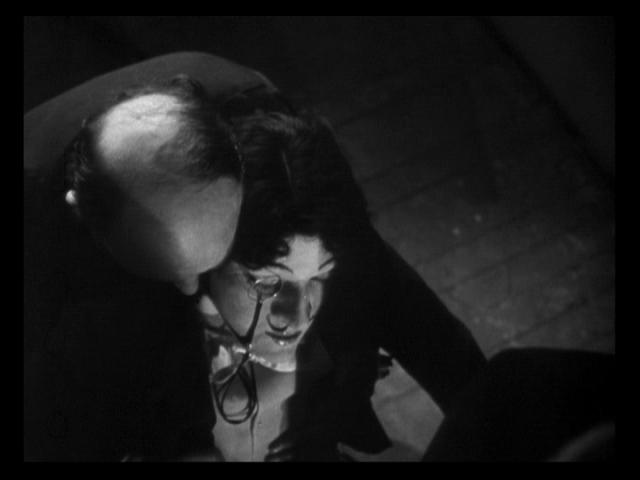 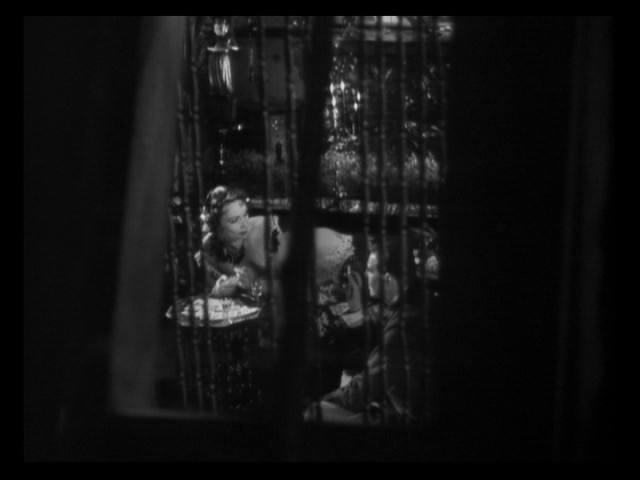 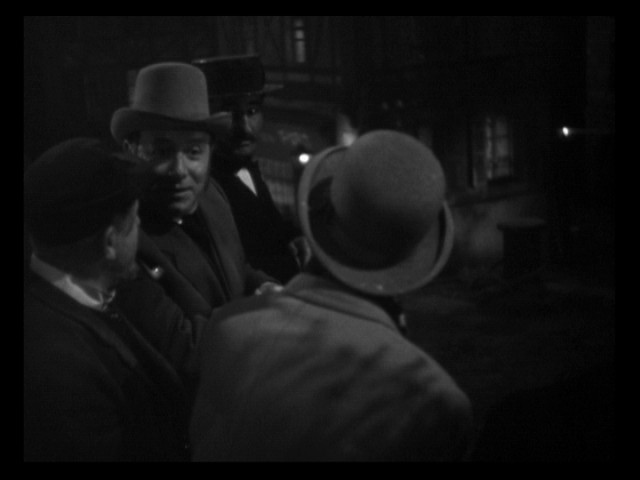 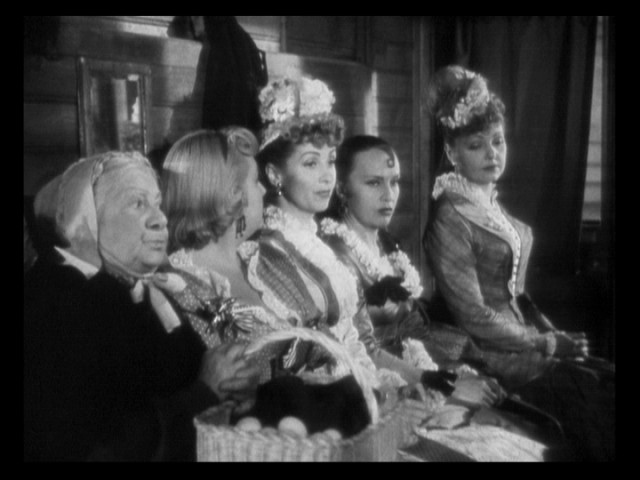 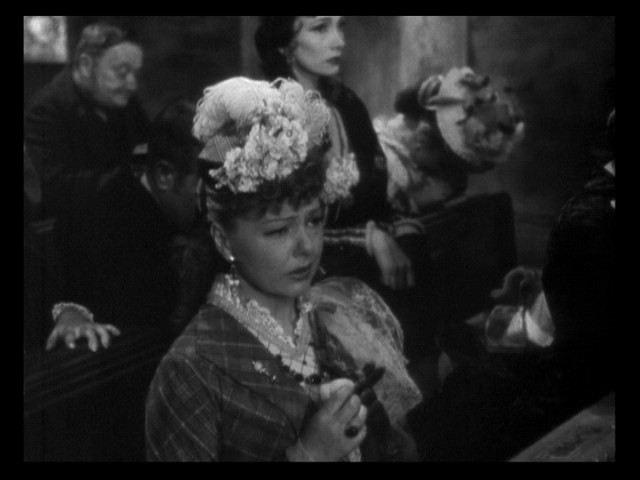 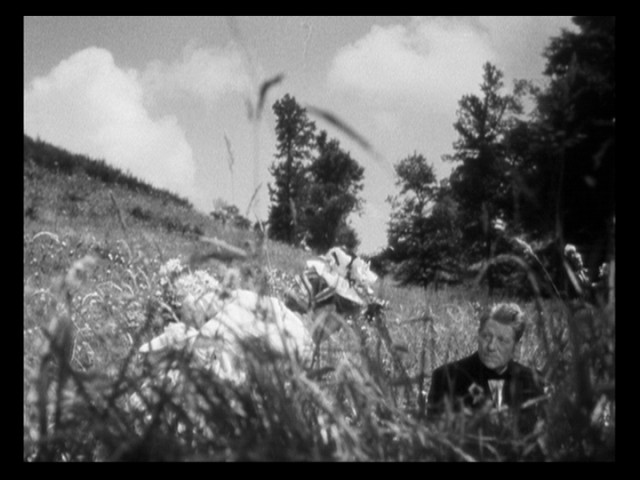 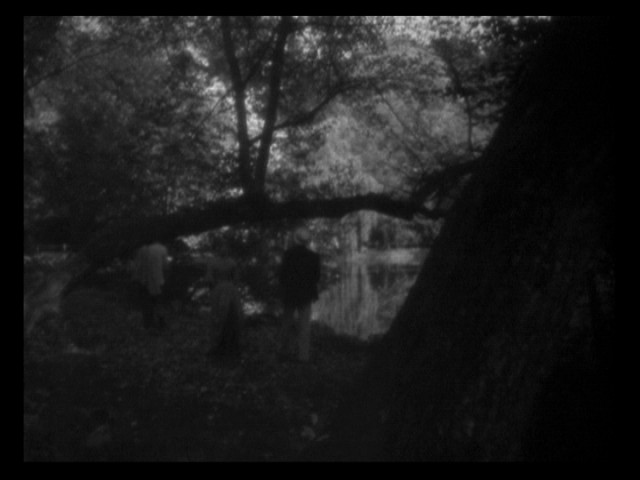 The French Dolby Digital mono track found on here is much cleaner than the one found on La ronde. I couldn’t detect any background hiss and the music was less harsh here. Dialogue sounds strong and intelligible. Overall Criterion presents a nice sounding mono track.

Criterion is releasing three of Max Ophul’s films on DVD (La ronde and The Earrings of Madame de… are the others being released along with Le plaisir) and have disappointingly decided not to release them in a box set. The packaging for this release and La ronde present a first for Criterion presenting a slim digipak placed inside a sleeve (the openings at the top and bottom.)

At any rate, moving onto the actual disc supplements I have to say of the three Ophuls releases from Criterion this may be the most disappointing one.

First up is a video introduction by Todd Haynes, which is also found on the region 2 Second Sight DVD release. Running almost 18-minutes and presented in full screen Haynes gets into what he loves about the film, specifically the camera techniques used by Ophuls along with the lavish sets. He also goes through each segment of the film and offers his own analysis (and as a warning he does spoil the movie so if you haven’t seen the film I would most definitely watch the introduction after watching the film.) He also touches on the last segment, which was a last minute replacement for another story (this is looked at more throughout other supplements on the disc.) A brief but informative examination of the film.

”English and German Audio” gives a brief look at the English and German versions of the film, presenting the opening sequences. First is the English version presenting voice over narration by Peter Ustinov. It skips the black opening and goes right to the dance hall. Interestingly, as stated in the notes, the voice over narration is in English but the rest of the film is in French with English subtitles. This segment only lasts a little over 3-minutes. The German version runs longer (over 5-minutes) keeping the voice over the black background, though it’s a bit longer than the French version and suggests not so subtly that the narrator is speaking from beyond the grave. Anton Walbrook does the voice over. But unlike the English version both the narration and the rest of the dialogue has been dubbed in German. While maybe each version in its entirety would have been a nice addition it was interesting comparing these two openings with the French version of the film.

The next supplement is also found on the Second Sight DVD release. “From Script to Screen” presents film scholar Jean-Pierre Berthomé sitting in a theater seat going over the production history of the film, concentrating a lot on the differences between the original script and the finished film. He also gets into more detail as to why the last segment of the film was changed. While this 20-minute feature has its interesting share of information it is incredibly dry. Berthomé is not the most energetic person and his English is hard to understand. It probably would have been better (and quicker) if he spoke in French and English subtitles were supplied.

A few interviews are then supplied. The first is with actor Daniel Gélin who plays the artist in the last segment. This appears to be a continuation of the interview recorded in 1989 with him that is found on the La ronde DVD. Like that clip this one also runs 12-minutes. He talks about his segment in the film and a suggestion he made that Ophuls went with and also talks about Ophuls’ charms, his personality, and his love of women. He also gives a great description for how the final shot of the segment was achieved. The most interesting bit of this interview includes his memories of a road trip he took with Ophuls. Charming interview that is worth watching.

The next interview is with assistant director Tony Aboyantz, also recorded in 1989. Running 13-minutes he begins with how he first worked with the director (never having heard of him) and then gets into the difficulty of doing the complicated shots that Ophuls wanted. He reminisces about the production problems (money becoming quite tight and the producer being replaced) and the extensive rehearsals. He then finishes with his opinion of what Ophuls might think of the film industry today. Another interview worth viewing.

The final interview is with set decorator Robert Christines, running 15-minutes. He explains what a set decorator is and then gets into how intent Ophuls was on making sure the film looked authentic when representing the period, even getting little details that would probably go unnoticed on screen. He shows some of the documentation, including labels that were collected for the film. Christines is an interesting interviewee and the fact he has some materials from the film makes this one of the more fascinating interviews over the three releases.

The release then closes with an 18-page booklet that contains an essay by Robin Wood. The essay offers an analysis of each of the segments and the themes within the film.

While the supplements are actually quite good the fact that this is the only release of the three Ophuls discs that doesn’t contain a commentary makes it a bit disappointing. I also question the higher price point of $39.95, a price usually reserved for two-disc releases or releases that at least contain a commentary. Still, fans of the film and Ophuls will more than likely enjoy what is supplied here.

The transfer overall is a step up from La ronde but leaves a little room for improvement. The supplements are decent but the lack of a commentary makes the higher price point more questionable. But for admirers of Max Ophuls' work they will still find plenty on here that will make it worthwhile. 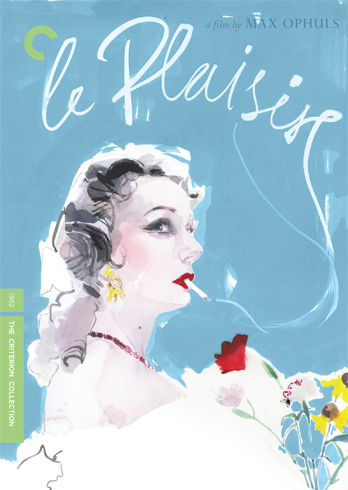