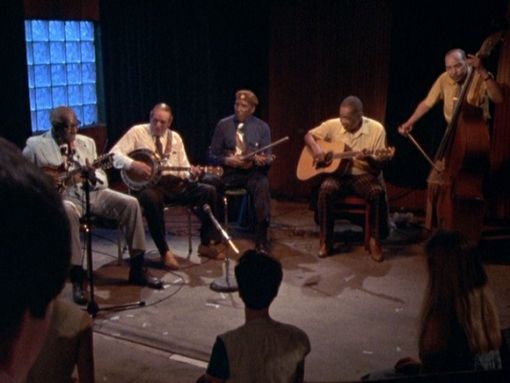 Crumb director Terry Zwigoff’s first film is a true treat: a documentary about the obscure country-blues musician and idiosyncratic visual artist Howard “Louie Bluie” Armstrong, member of the last known black string band in America. As beguiling a raconteur as he is a performer, Louie makes for a wildly entertaining movie subject, and Zwigoff honors him with an unsentimental but endlessly affectionate tribute. Full of infectious music and comedy, Louie Bluie is a humane evocation of the kind of pop-cultural marginalia that Zwigoff would continue to excavate in the coming years.

I am absolutely thrilled with the transfer Criterion presents us with on their new DVD of Terry Zwigoff’s first film, the documentary Louie Bluie, which is presented in its original aspect ratio of 1.33:1 on this dual-layer disc. The picture has unfortunately been window boxed, but this is about the only real issue I can come up with.

I think many will be rather shocked by what they see here, because, other than some possibly dated items within the film itself, it looks as though it was made recently. Colours, especially the blues and reds on the clothes that Howard Armstrong (the film’s titled protagonist) wears are wonderfully presented here, looking bright and lively, with perfect saturation. The image is incredibly sharp, with excellent detail, and, other than a couple of darker scenes, there is very little in the way of noise and artifacts.

Grain is present, which ends up coming off looking fairly natural thanks to the fairly clean transfer, and there is very little damage present, limited to a few bits of debris. I was certainly not expecting it to look this good, and after listening to the commentary track, where Zwigoff mentions early on that the original film materials were already deteriorating (crediting Criterion with saving the film) I’m even more impressed. I’m disappointed this isn’t being released on Blu-ray but there’s nothing to really complain about here; it’s one of the sharpest looking documentaries I’ve seen on DVD. 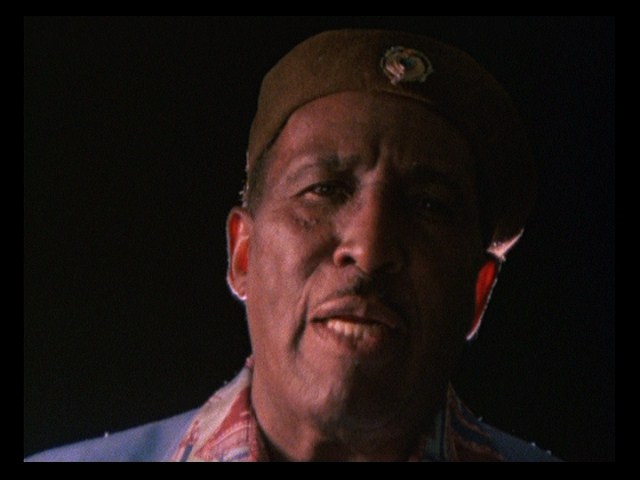 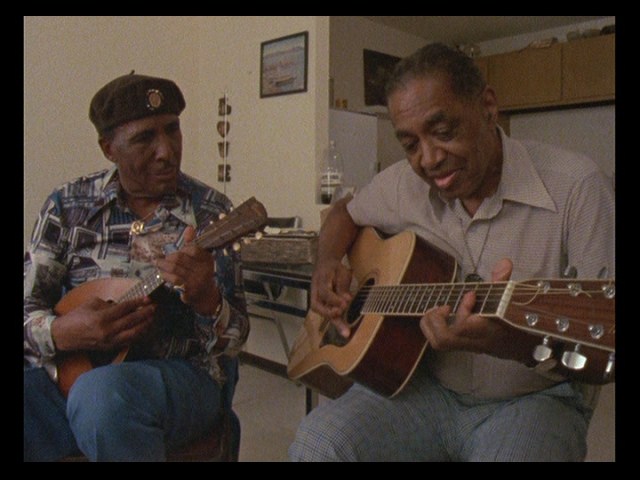 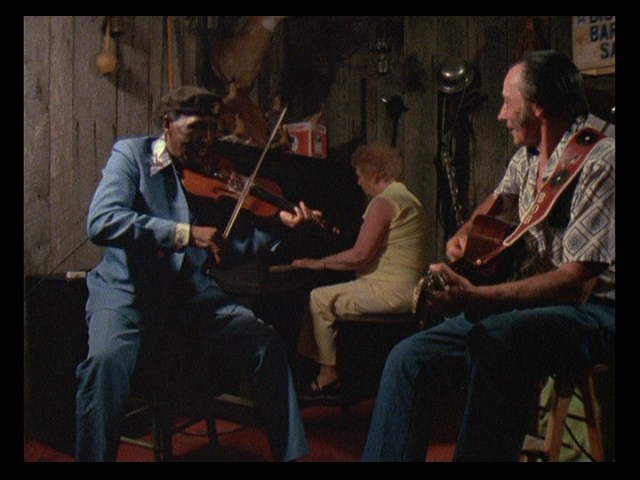 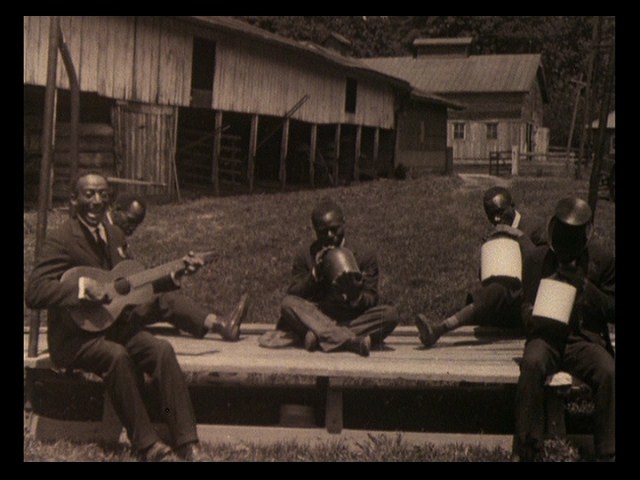 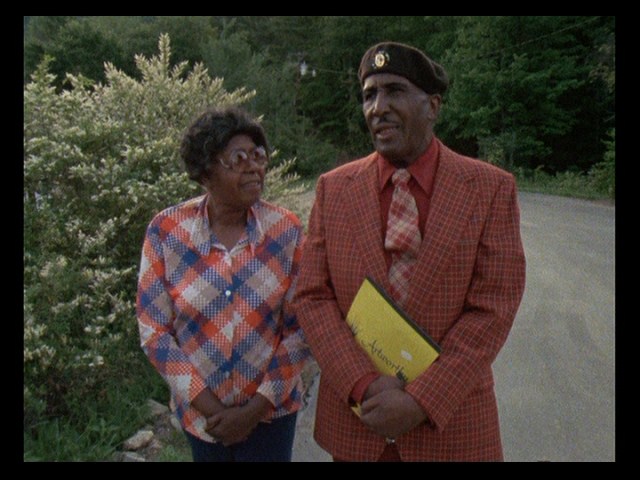 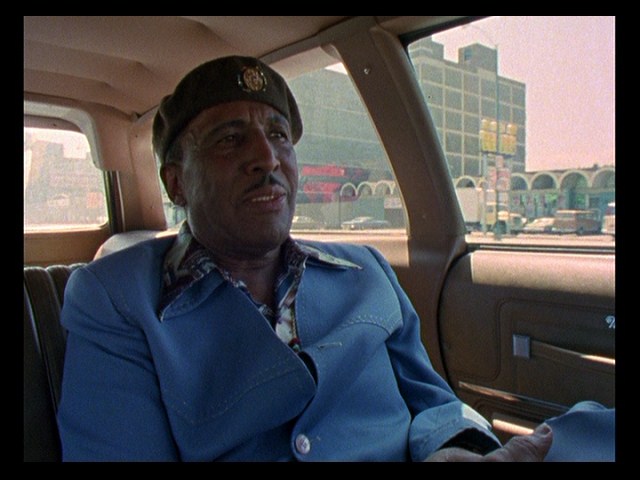 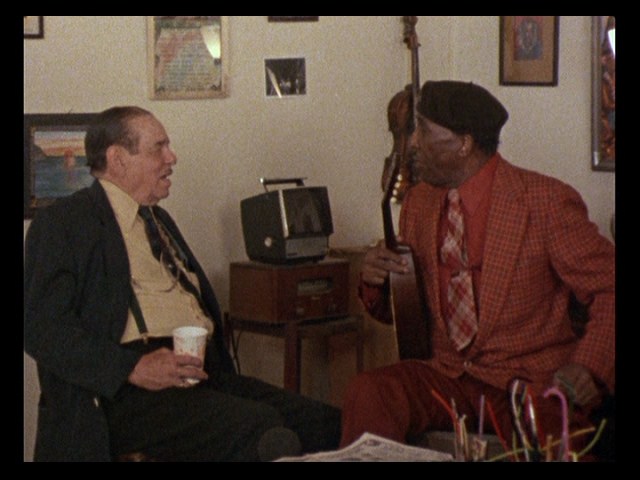 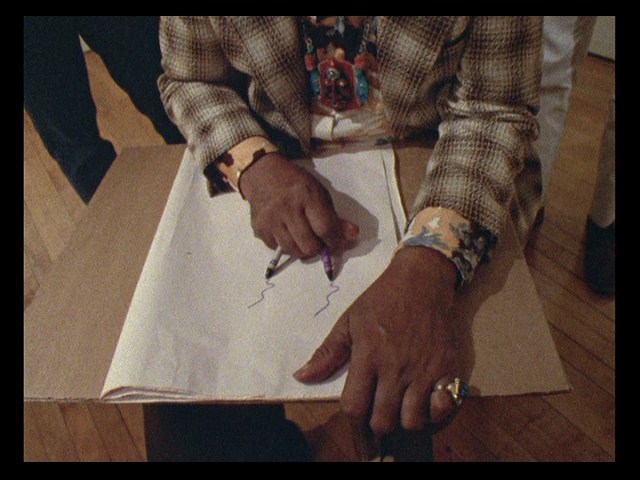 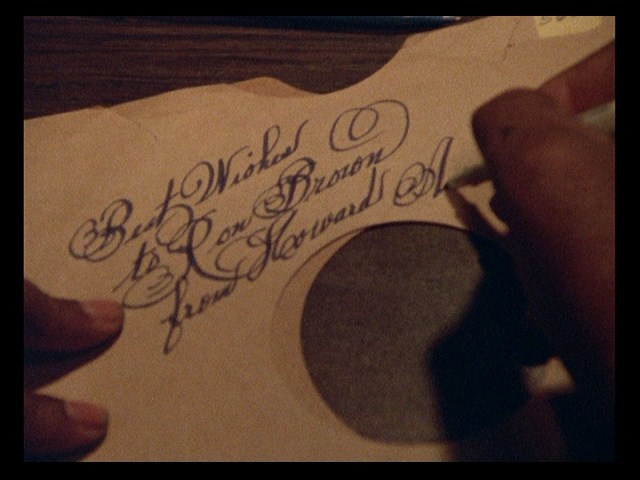 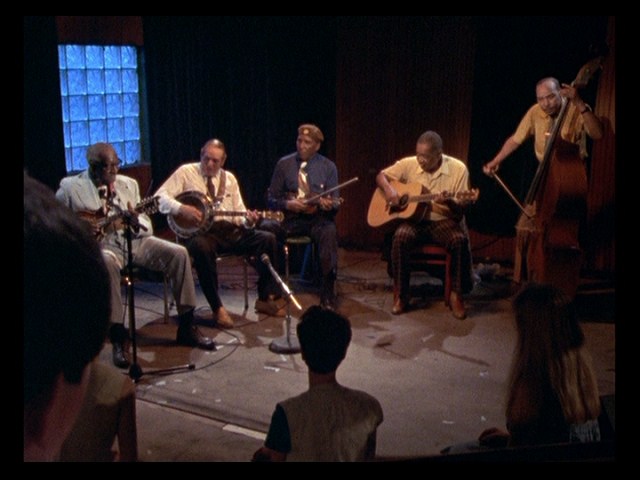 Criterion presents the film with a Dolby Digital 1.0 mono track that doesn’t sound terrible but is certainly limited by the materials and how it was shot. Unfortunately some of the dialogue can be a little low and hollow, leading to times where I needed the subtitles. Music, surprisingly, sounds fairly good, even the live performances presented in the film, presenting some strong range and volume. In the end it’s fine enough but that’s about it.

Criterion presents a small set of supplements, but considering the length of the film (just over an hour) and the price of the DVD (less than $25) it’s actually a pretty good deal.

Despite hating audio commentaries Terry Zwigoff again provides an audio commentary here, though he states he’s doing it in this case to more or less explain the film to those that may not completely understand the subject matter. While he gets into great detail about why he made the film (after discovering this obscure record with the song “State Street Rag” by Louie Bluie and Ted Bogan, he became obsessed with it and decided to track down the musician known as Louie Blue, the stage name for Howard Armstrong) he also shares plenty of anecdotes about the shoot, about Armstrong, and even talks a lot about the music presented, even getting into the history. He explains the background behind a lot of the scenes in the film, which involved a shocking number of coincidences, and also reveals how he was able to set up some sequences, and his regrets in keeping some of the more obviously staged scenes. Howard’s artwork is also covered in great detail (apparently Robert Crumb was absolutely thrilled by it) and Zwigoff talks a bit more about Armstrong’s book, “The ABCs of Pornography” that shows up midway through the film. It’s short of course, but it’s a fantastic and incredibly informative track, Zwigoff coming off looser and more natural here on his own. And he’s also quite funny.

The next supplement is unused footage, 11 sequences in total, running about 32-minutes. There are some great music sequences here, including a performance of “State Street Rag”, and there’s a little more from Armstrong’s “ABCs of Pornography.” You also get some more great banter between Armstrong and his friends, and we even get a story from Yank, which is quite funny and I won’t ruin it here. Since Zwigoff filmed this over a period of years I’m disappointed there isn’t more, but Zwigoff and/or Criterion have picked some great material here. The segments have not been restored, but they have been given some great progressive digital transfers.

The final disc supplement is a fairly big stills gallery featuring plenty of photos taken during the filming (I especially liked a photo of Zwigoff, Armstrong, and the film crew at a Long John Silver restaurant) and there’s also a photo of Roger Ebert at the Telluride Film Festival listening to Armstrong perform (Ebert expresses his fondness for Armstrong and the film Louie Bluie in his commentary with Zwigoff on the Crumb Blu-ray/DVD.) Robert Crumb’s one-sheet for the film is also presented (which is what was used for the cover of this Criterion DVD) along with photos of Armstrong’s artwork. It’s a decent size and actually a more satisfying collection than what was presented on Criterion’s Crumb Blu-ray.

The booklet includes an excellent essay on the film, Armstrong, and Zwigoff by Michael Sragow. The booklet also opens with a brief but nice introduction by Woody Allen about his fondness for the film and Zwigoff’s work in general. Also scattered throughout the booklet is some of Armstrong’s artwork, representing some of the stories he tells throughout the film.

Overall they’re all strong supplements. I’m sure more material could be here but what is here is incredibly fun and satisfying.

Taking everything together, the film, the commentary, and the deleted scenes, this is an incredibly fun release. Top on an excellent transfer for the feature film and the low price point this release comes off as a great deal and one I highly recommend. 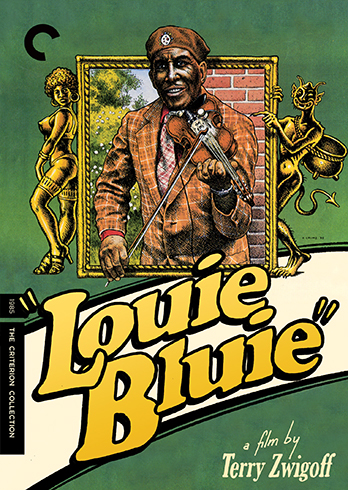