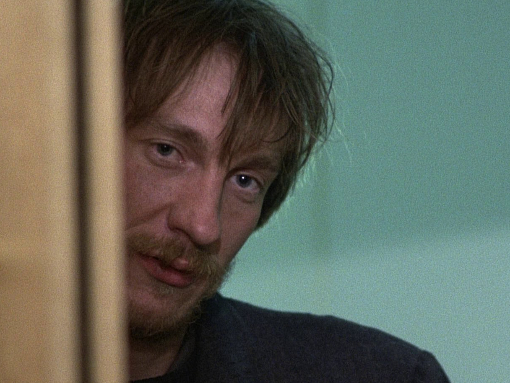 The brilliant and controversial Naked, from director Mike Leigh, stars David Thewlis as Johnny, a charming and eloquent but relentlessly vicious drifter. Rejecting anyone who might care for him, the volcanic Johnny hurls himself around London on a nocturnal odyssey, colliding with a succession of other desperate and dispossessed people and scorching everyone in his path. With a virtuoso script and raw performances from Thewlis and costars Katrin Cartlidge and Lesley Sharp, Leigh’s depiction of England’s underbelly is an amalgam of black comedy and doomsday prophecy that took the best director and best actor prizes at the 1993 Cannes Film Festival.

Mike Leigh’s Naked makes a surprising debut on Blu-ray from Criterion, presented in a new 1080p/24hz transfer on this dual-layer disc in its original aspect ratio of 1.85:1.

Naked has always been a bit of a dingy looking film so I didn’t have high hopes for it but amazingly, despite the drab, sometimes depressing look of the film, it really looks sharp on Blu-ray. Definition is still excellent (the DVD did look quite good and still does) but finer details come through clearer in close-ups and even long shots. Browns and grays are the primary colours of the film but they still look perfectly saturated and clean, and colours do pop when the few brighter ones do appear.

Grain is still presents and looks less like noise in comparison to the DVD. Blacks are generally strong but look crushed in a few sequences. The print is in near-perfect shape and I was hard pressed to find any problems in this area.

In total a sharp improvement over the DVD, and the best I’ve ever seen the film.

The lossless DTS-HD MA 2.0 surround track also offers a significant improvement, with a far clearer and sharp track. It’s limited since it’s a talky picture (and the accents may be a problem for some) but there’s some impressive range to it and the film’s music fills out the environment beautifully.

The audio commentary, originally found on the laserdisc, is still a strong one featuring Mike Leigh, David Thewlis, and Katrin Cartlidge. With anecdotes about the production the track primarily concentrates on Leigh’s style of filmmaking, at least during this film. There’s a lot of improvisation within the film, sounding as though most of it was made up during rehearsals, and the participants address what it was like to work this way. On top of that everyone talks about the characters, the film’s black humour, and the film’s critical success. In all it’s still an engaging track and the best item on here.

Following this is an interview with director Neil LaBute. Running 12-minutes he talks about his love of Leigh's work and also touches on the similarity with his films, like the "Misogynist" charges both have received about their work. As a whole he offers a brief but interesting analysis of Naked, it’s look and style, and its characters in this short piece.

A little disappointing is the interview with Leigh. Coming from a BBC program called The Art Zone, Will Self talks to Leigh about his career and Naked in what looks like a cafe. There's some interesting stuff but overall I have to say I found it a tad dry. The commentary with Leigh proved to be more interesting. The interview runs over 36-minutes.

And finally we get a short film by Leigh called The Short & the Curlies starring Thewlis as an odd little man trying to win over a Chemist/Pharmacist employee. It's rather charming and has a few smiles so it's worth checking out (it's also the complete opposite of Naked.) Leigh also provides an optional commentary over the film, talking about the humour and the performances, as well as pointing out some dated elements. Disappointingly like every other feature on here it looks to be simply upscaled from a standard definition source and is laced with a number of artifacts. The film runs 17-minutes.

The disc then includes the American Fine Line trailer, not the UK one like the laserdisc edition did.

The booklet contains the same two essays as the DVD edition, one by Derek Malcolm on the film and its place in Mike Leigh's filmography, and another essay by Amy Taubin, which focuses on the character of Johnny. Other than some minor adjustments (like placing dates next to film titles) the essays look to be the same.

Unfortunately, for some reason (maybe a rights issue) Criterion has still not included two supplements from the laserdisc release, which also never made it to the DVD. One was a Leigh filmography with clips, and the other was a radio drama called Too Much of a Good Thing Disappointing, but I assume it has to do with rights issues as there is more than enough room for these supplements on here.

Overall they’re decent but I’ve always been sort of surprised there wasn’t more, and I’m a little shocked Criterion didn’t use this edition as a chance to maybe offer some more analytical features now that the film is almost 20 years old (which is a scary thought since I remember when this film came out and all of the accolades it received.) But at least what we get is good.

The supplements are generally good in quality but I still expected a little more. But the transfer is really quite stunning and offers a noticeable improvement over Criterion’s previous DVD. 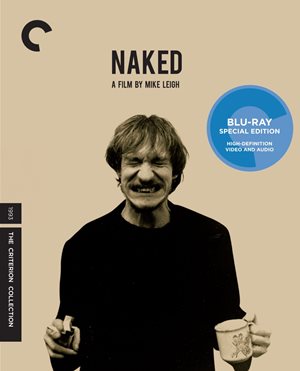