One Sings, the Other Doesn't 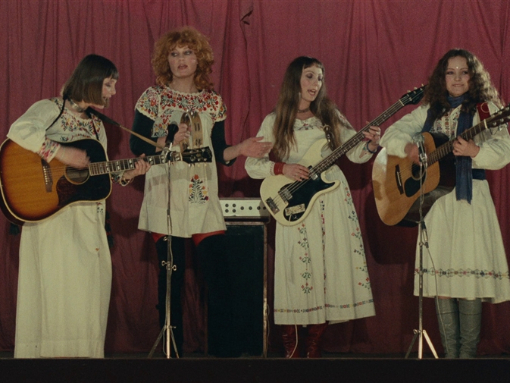 In the early 1960s in Paris, two young women become friends. Pomme is an aspiring singer. Suzanne is a pregnant country girl unable to support a third child. Pomme lends Suzanne the money for an illegal abortion, but a sudden tragedy soon separates them. Over a decade later, they reunite at a demonstration and pledge to keep in touch via postcard, as each of their lives is irrevocably changed by the women’s liberation movement. A buoyant hymn to sisterly solidarity rooted in the hard-won victories of a generation of women, One Sings, the Other Doesn’t is one of Agnès Varda’s warmest and most politically trenchant films, a feminist musical for the ages.

The Criterion Collection presents Agnès Varda’s One Sings, the Other Doesn’t on Blu-ray in its original aspect ratio of 1.66:1 on a dual layer disc. The film is encoded at 1080p/24hz and comes from a new 2K restoration sourced from the 35mm original camera negative.

The final image has a very film-like look in the end, rendering the film’s fine grain structure superbly, which in turn leads to the sharp details and incredible clarity. There are a handful of minor marks but overall, the clean-up has been thorough; it’s very clean. The encode is also quite nice and I couldn’t find any notable digital issues.

What impacts the image, though, is another case where a heavy yellow tint has been applied. Or maybe it’s more of a case of the blues being sucked out because it’s hard to find anything in this that looks remotely blue, and as I go through these newer restorations, I find myself longing for that colour. There’s cyan, lots of it, but that’s it. It ultimately lends the image this ugly, jaundiced touch and then ends up impacting the blacks, making them muddy and murky. It’s possible that this is maybe how it (and other films that look like this) is supposed to look, but I really feel more and more it isn’t with each film I see impacted with this over the years. It’s really ugly and the film, which looks to have had a lot put into its colour design (like a lot Varda’s films), doesn’t benefit from it. It’s really getting tiring, actually. 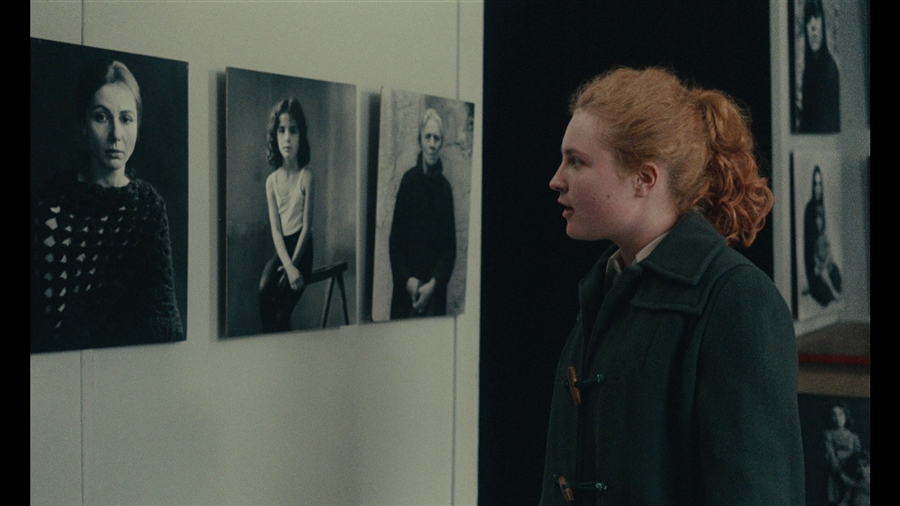 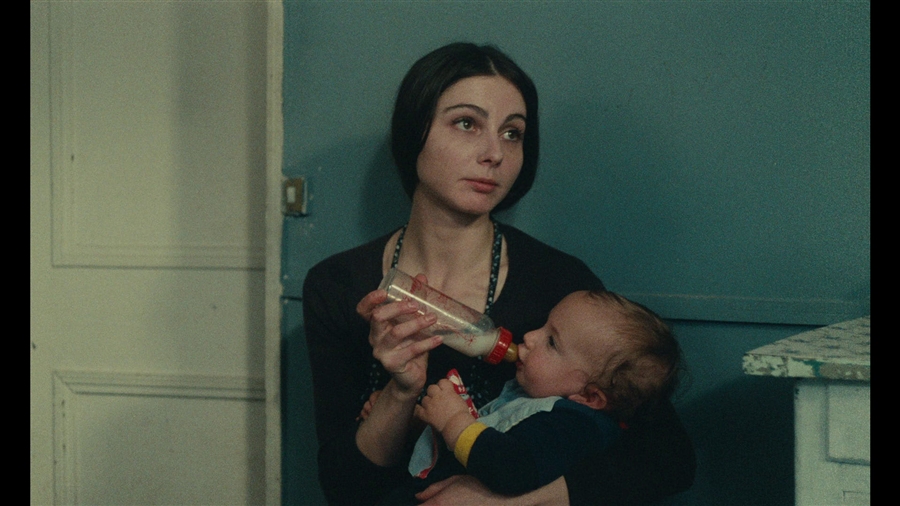 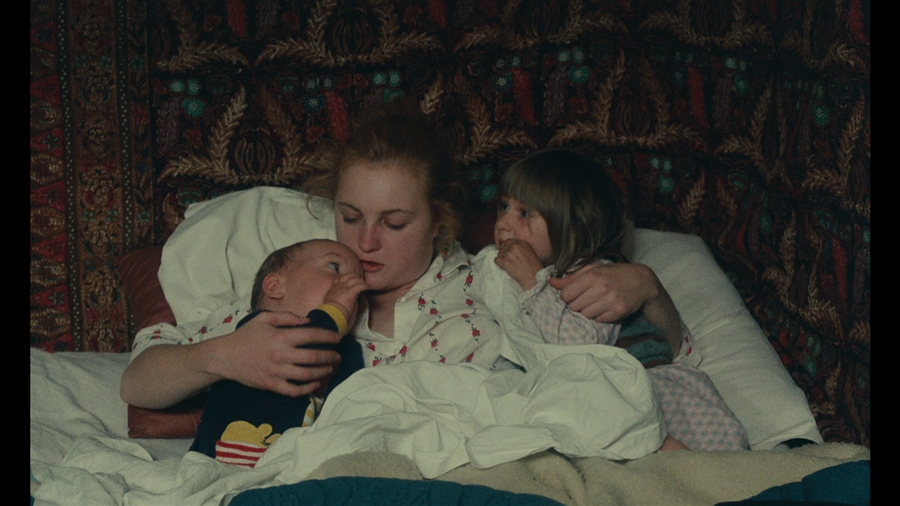 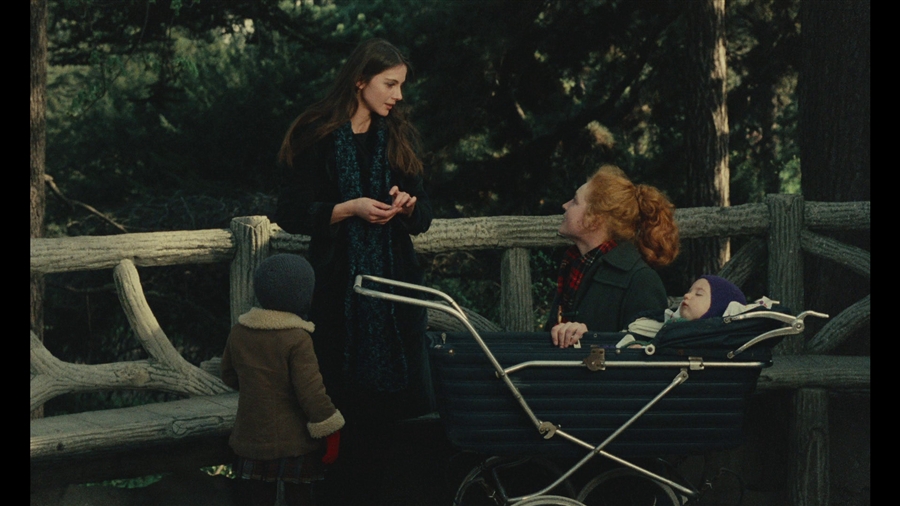 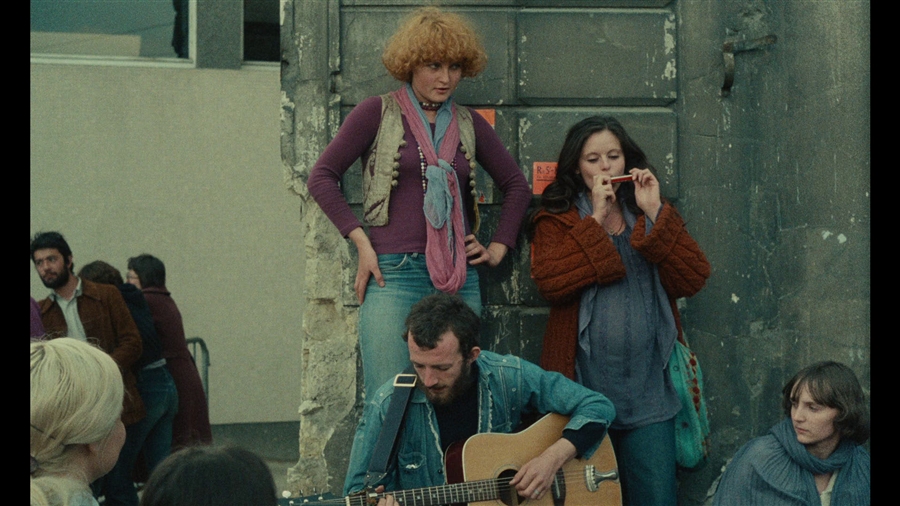 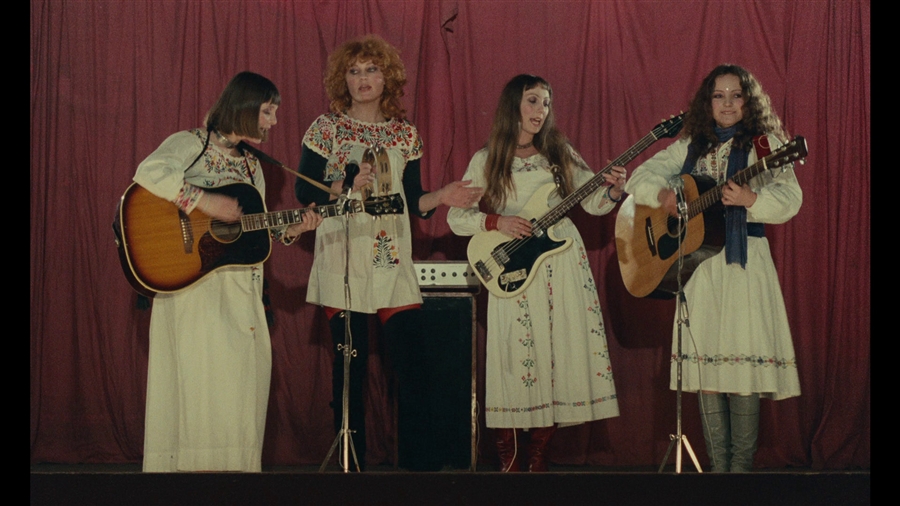 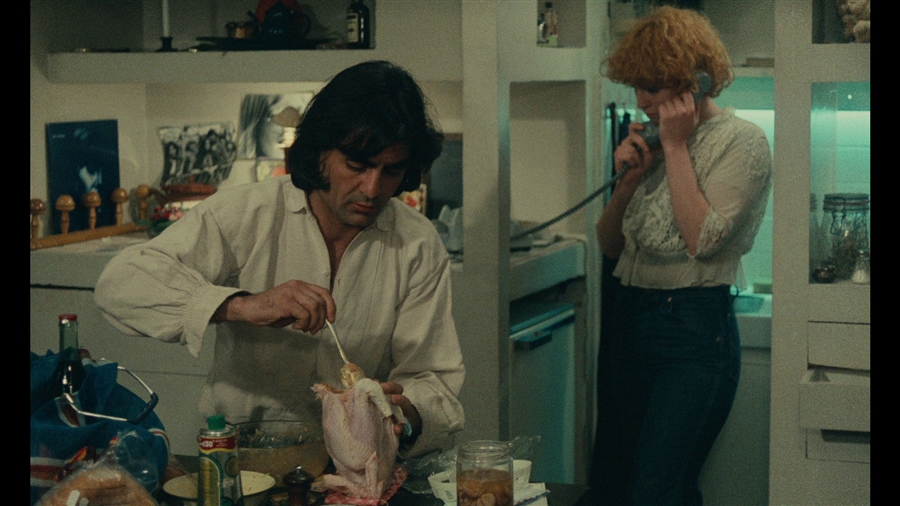 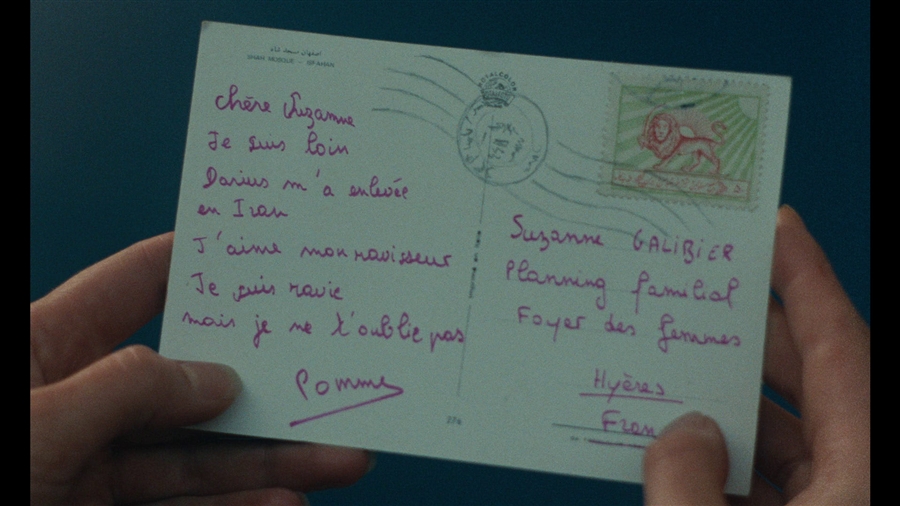 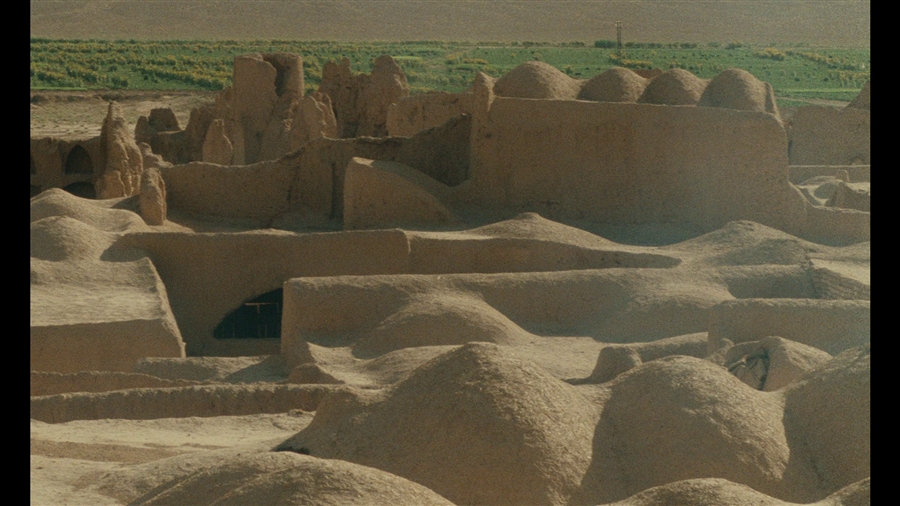 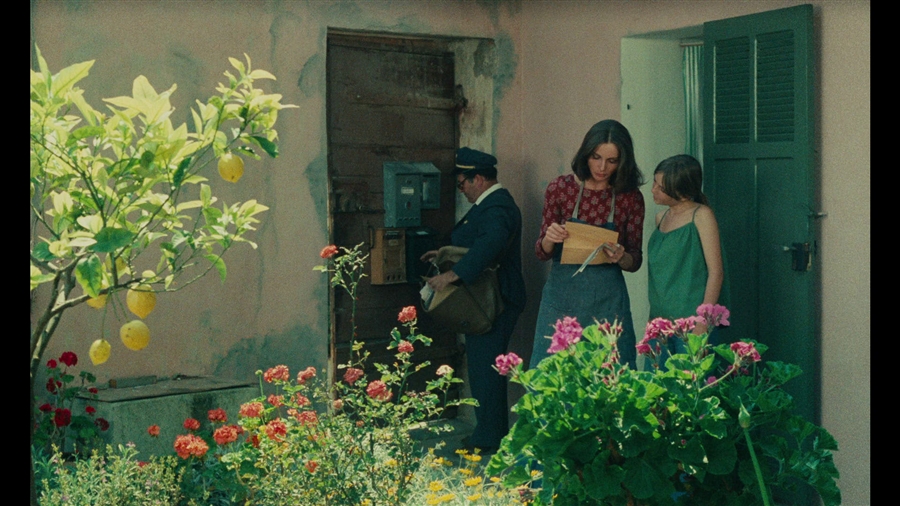 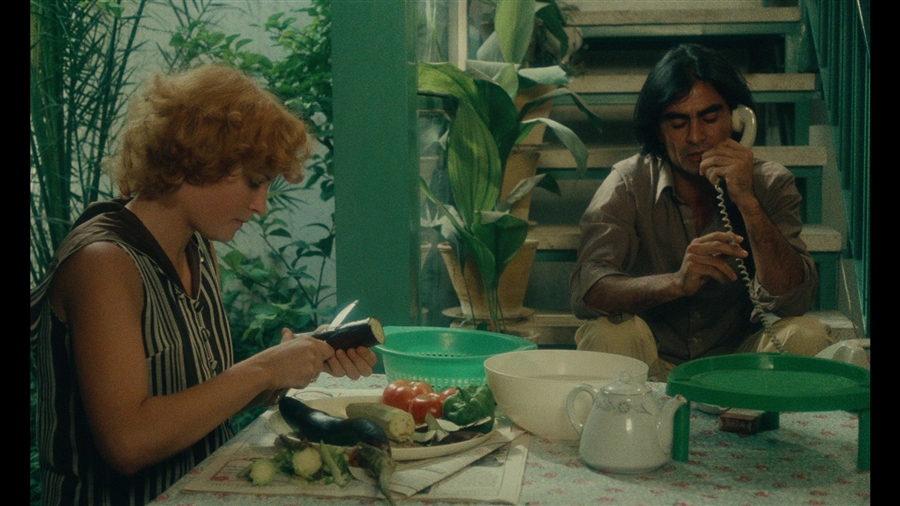 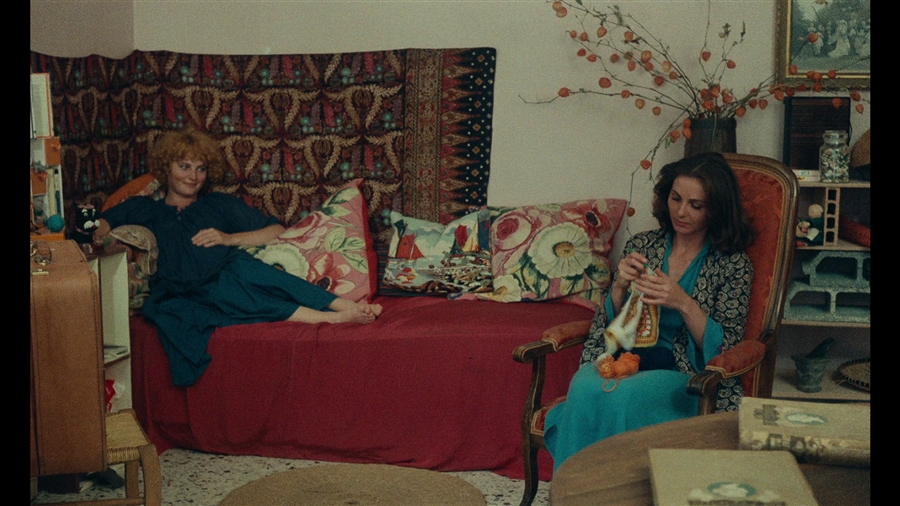 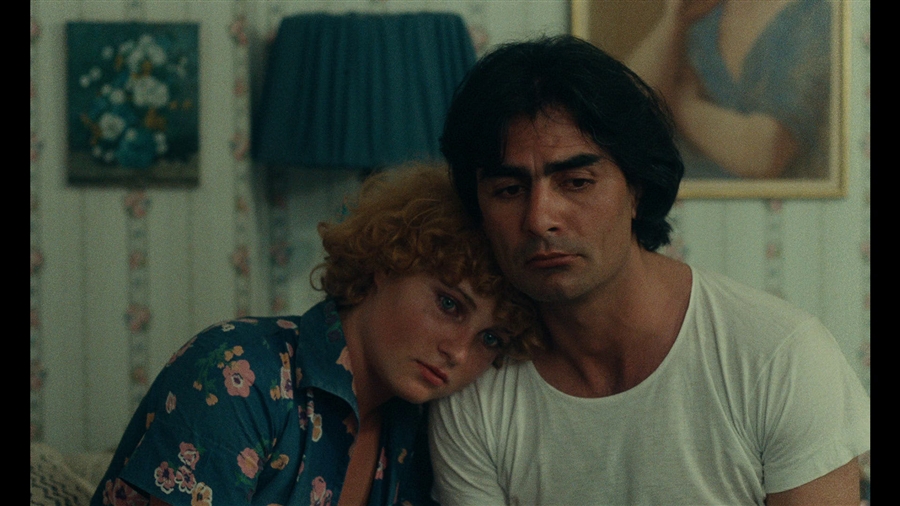 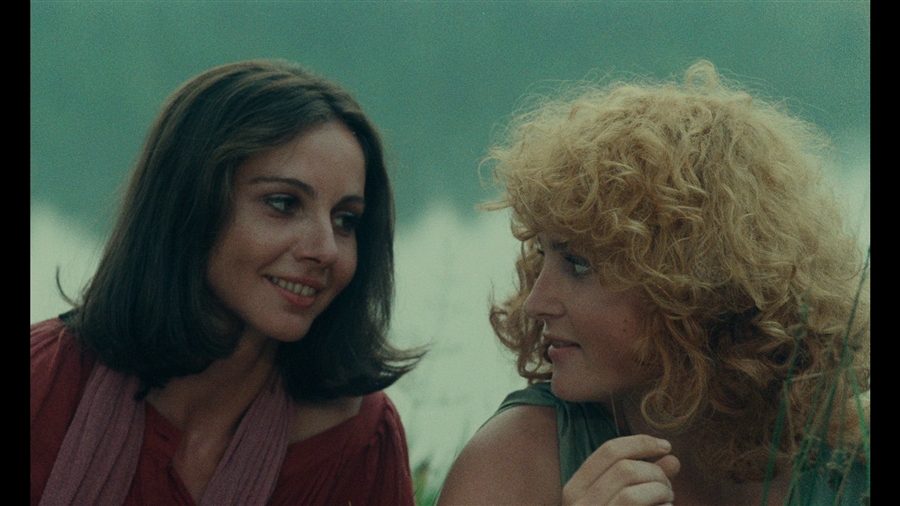 The film comes with a lossless PCM 1.0 monaural soundtrack. The sequences featuring music manage to come off a bit more dynamic, but the track as a whole is otherwise flat. Still, it’s clean, dialogue is clear, and there are no major drops, pops, or cracks.

De femmes was made for French television and was part of series of shorts made by women filmmakers responding to the question what does it mean to be a woman? The film responds to the misogyny that women have to face, which also includes how women are exploited for advertising purposes. It features Varda’s bluntness (one woman responds that women are “not just men with no cock or brains”) and her humour (showing a print ad for a desk that features a naked women sitting at it you can make out someone saying “nice desk!” in the background).

Plaisir is actually a companion film to One Sings, the Other Doesn’t and features the characters Pomme and Darius. It’s a charming little film on its own and features the two—while sightseeing the architecture of Isfahan, Iran—either reciting poetry (Pomme writes hers on a roll of toilet paper) or complimenting the physical attributes or each other, all while the film intercuts with the architecture of Iran.

The disc also features a 47-minute documentary directed by Katja Raganelli, Women Are Naturally Creative. The documentary ends up being a combination making-of documentary for One Sings, the Other Doesn’t and portrait of its director. There’s quite a bit of production and post-production footage, which Varda narrates, mixed in with interviews. Raganelli also gets in interviews with Varda and the two talk about some of her previous work, the representation of women in them (as well as “female language in film”), and even talk a bit about her time in California and the work that came from that. And hey, you even get see Varda as a parent, like in one sequence where she has to tell her son Mathieu to go off to bed. It’s a well-done portrait of the director, even in its brief time, and a nice inclusion.

The disc then closes with the film’s trailer. The included insert features an essay by Amy Taubin along with a director’s statement Varda wrote for a 2018 screening. In the statement explains how difficult it was to get the film made, addresses some dated elements (sort of joking about some of the fashions) and then explains how things have changed but more work is needed.

The best inclusion with this release, though, is a 28-page booklet that recreates portions of the 1977 press book for the film. It’s wonderful (even looking like it was done using a carbon copy technique) and filled with some great material, including Varda’s original director’s statement, bios for Varda and members of the cast, a music sheet for the song “Mon corps est moi,” and information around the photos in the film, plus more. It’s a great read and I really wish Criterion would do things like this more often.

And that covers it. Though it doesn’t look like a lot, with the on-disc supplements only taking up just a little over an hour all together, the material is great, and I love the inclusion of the press book. 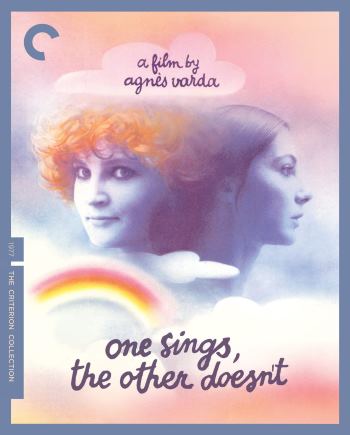