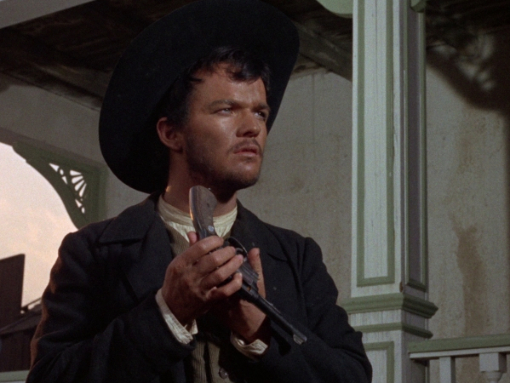 Directed by Carlo Lizzani (Wake Up and Kill, The Hills Run Red) and with a superb soundtrack by Riz Ortolani (Day of Anger, Cannibal Holocaust), Requiescant - Latin for Rest in Peace - ranks among the finest Spaghetti Westerns. Alex Cox named it the one film to prove that the Italian Western was not solely Sergio Leone's .

Lou Castel (Fists in the Pocket, A Bullet for General) plays a young man who was raised to be a pacifist by a travelling preacher after Confederates massacred his family. But when his step-sister runs away, the pursuit reveals a natural talent as a sharp-shooter as well as a bloody and unexpected confrontation with his past.

Joining Castel are an impressive array of performers, including Mark Damon (Black Sabbath, The Fall of the House of Usher) as the sadistic aristocratic villain, Franco Citti (Accattone, The Godfather) as his henchman, and the great Italian filmmaker Pier Paolo Pasolini (Salò) in a rare acting role as a revolutionary priest.

Arrow video presents Carlo Lizzani’s Requiescant on Blu-ray in a new dual-format edition, presenting the film in its original aspect ratio of about 1.85:1. The new 2K restoration is presented here in 1080p/24hz.

Arrow again goes above and beyond with their presentation, giving this little genre film the same love that one would probably only expect for bigger prestige pictures. Damage remains, like some specs, scratches, and minor fluctuations, but they’re very mild and rarely register. The clean-up job has been quite thorough and very little damage ultimately remains.

The digital transfer itself looks really good. Film grain looks to be naturally rendered and nicely controlled, and artifacts don’t creep up. Contrast looks pretty good with decent black levels, and colours, particularly blues and reds, look surprisingly good, coming off bright and vivid without any bleeding and smearing.

It’s a top notch presentation, much better than I would have expected. Oddly I always severely lower my expectations for Arrow’s releases for these Italian westerns and it’s obvious I can stop doing that. Yet again this looks quite wonderful. 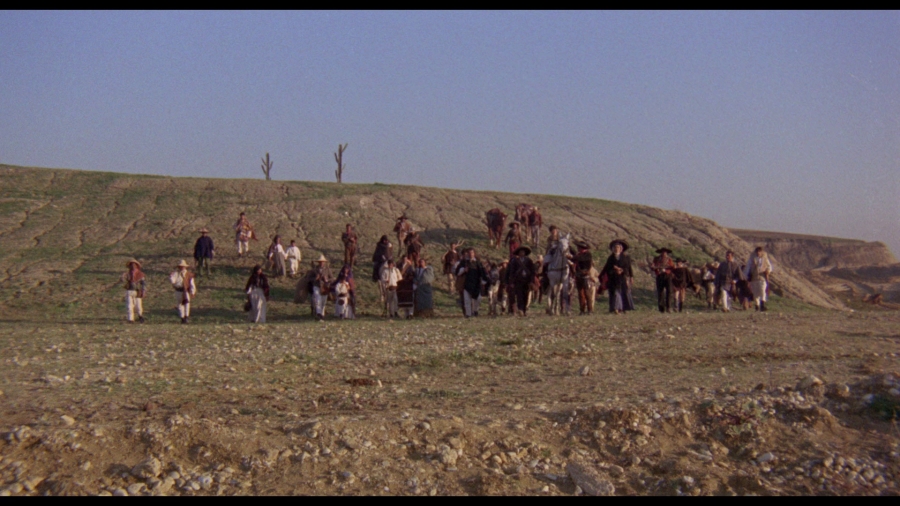 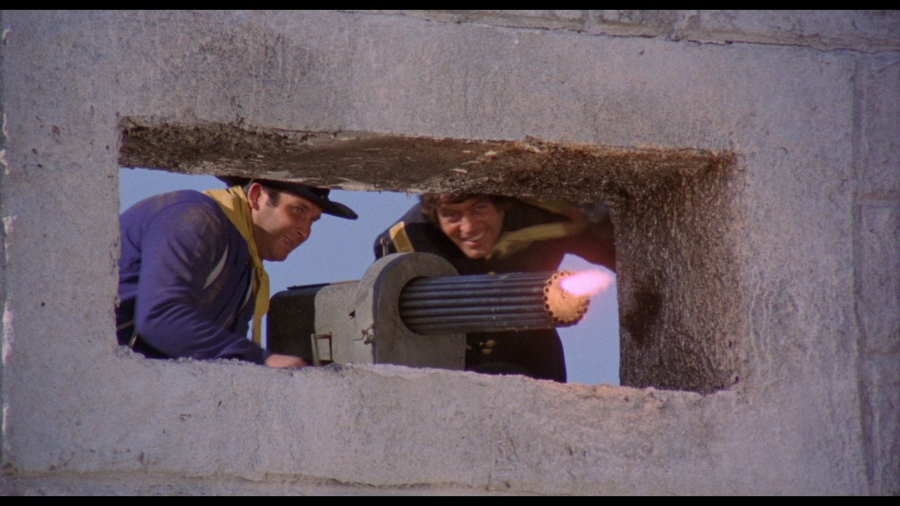 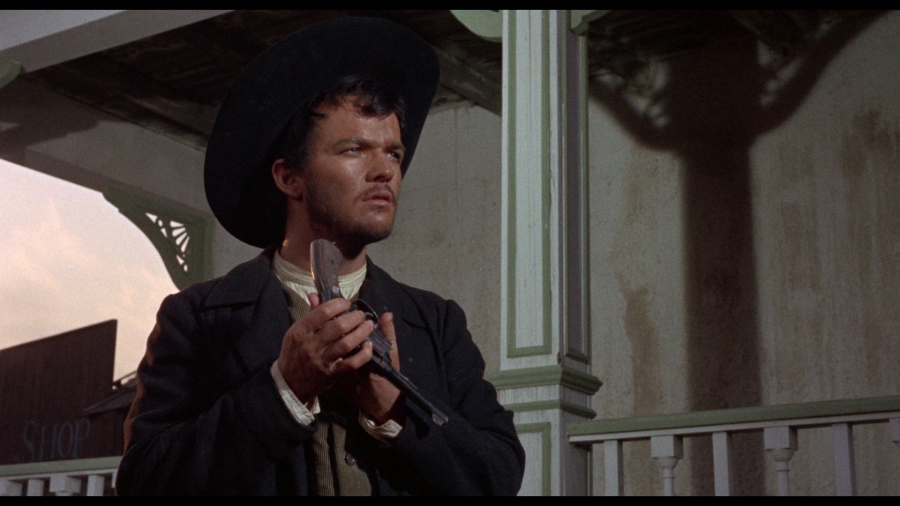 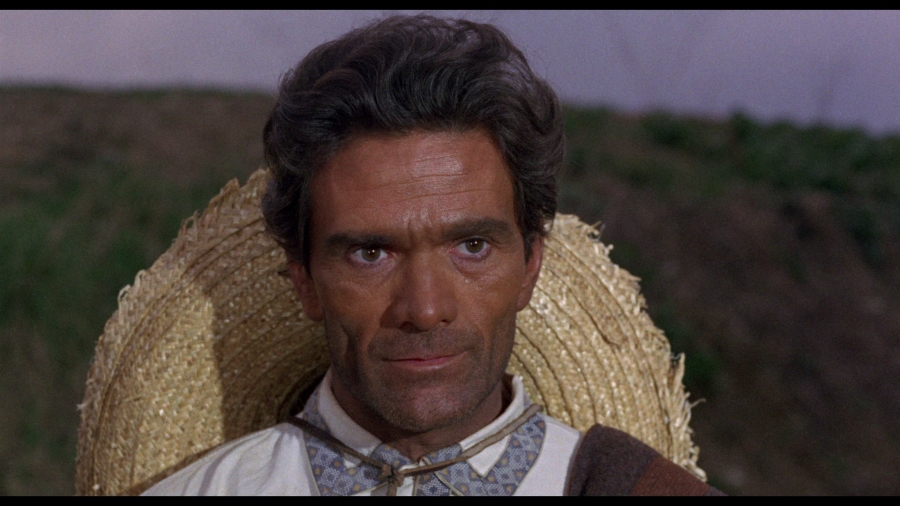 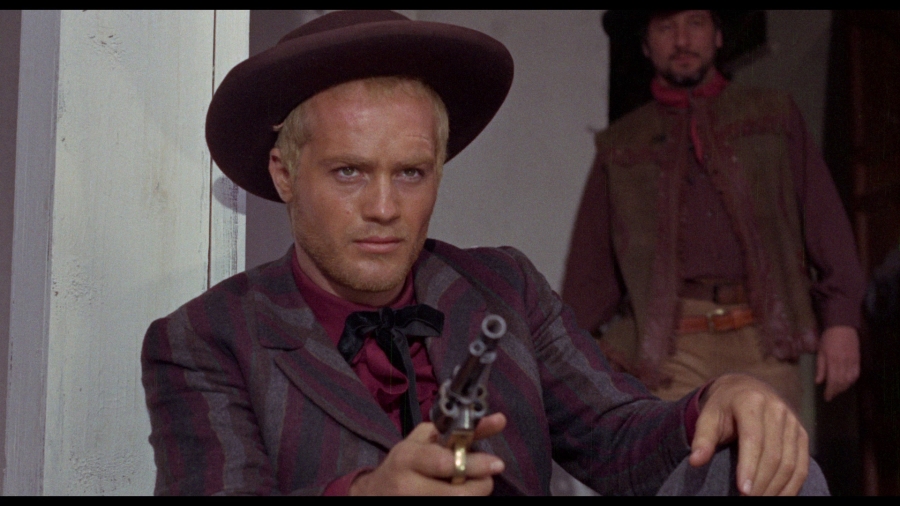 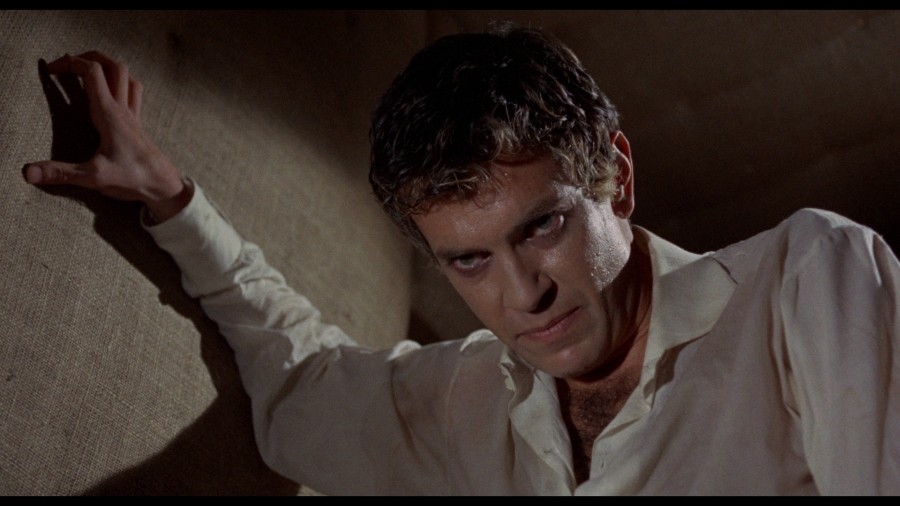 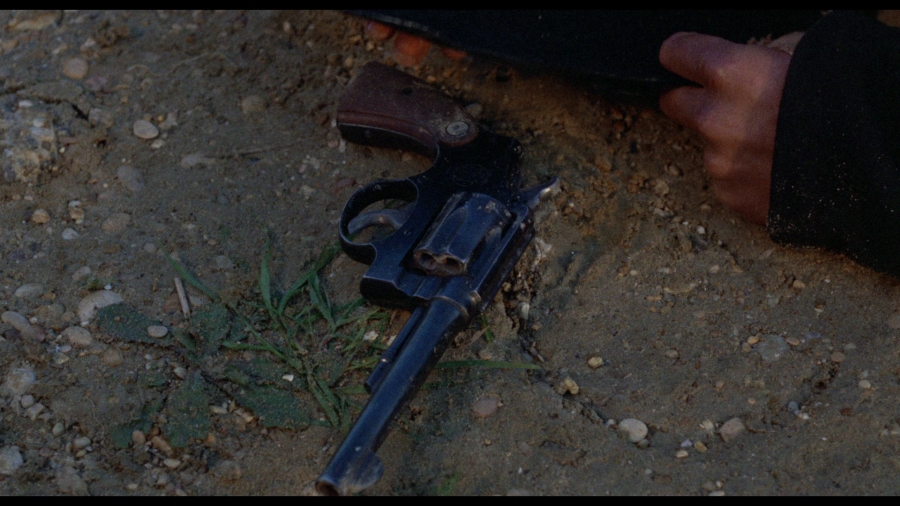 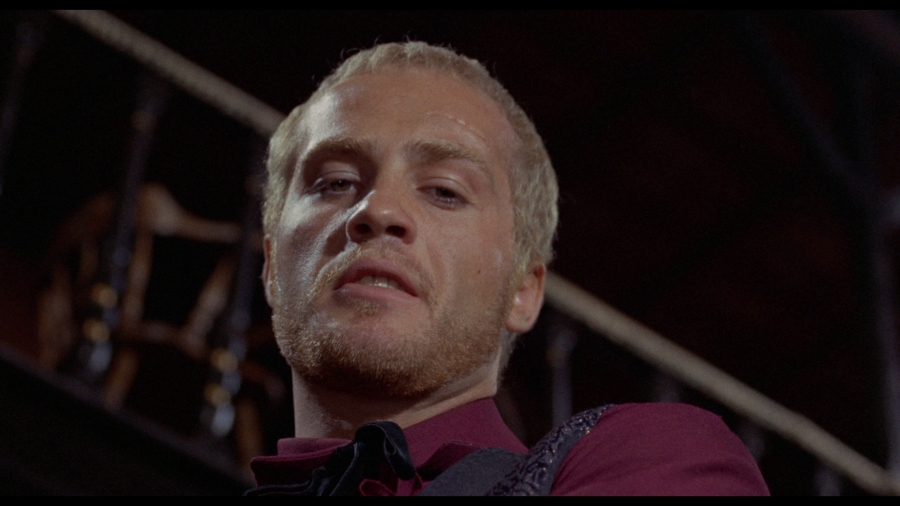 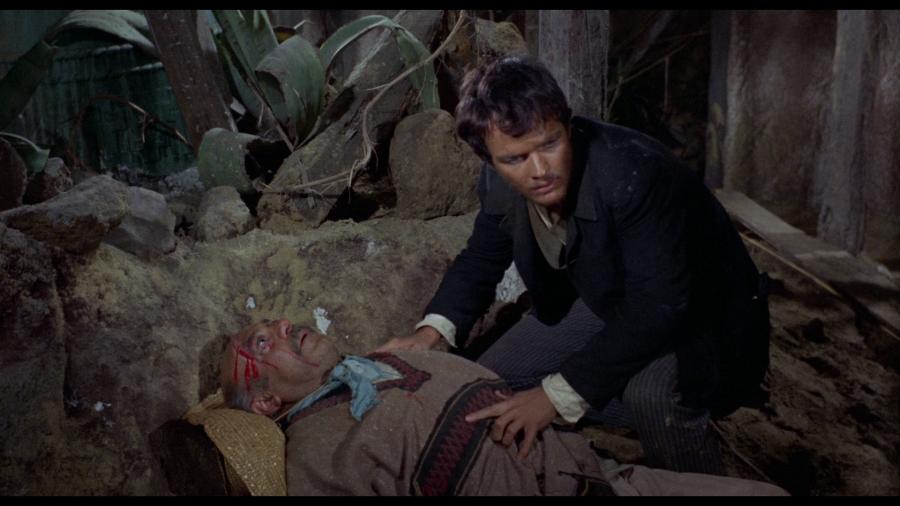 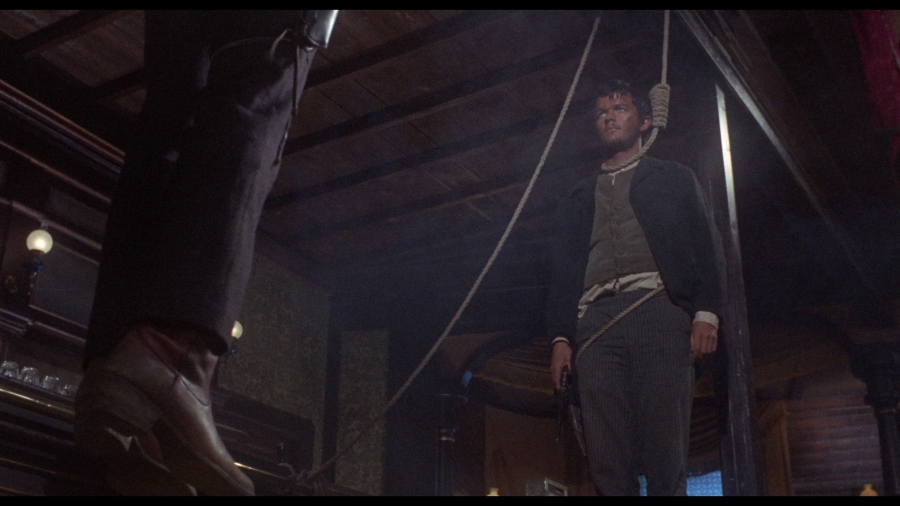 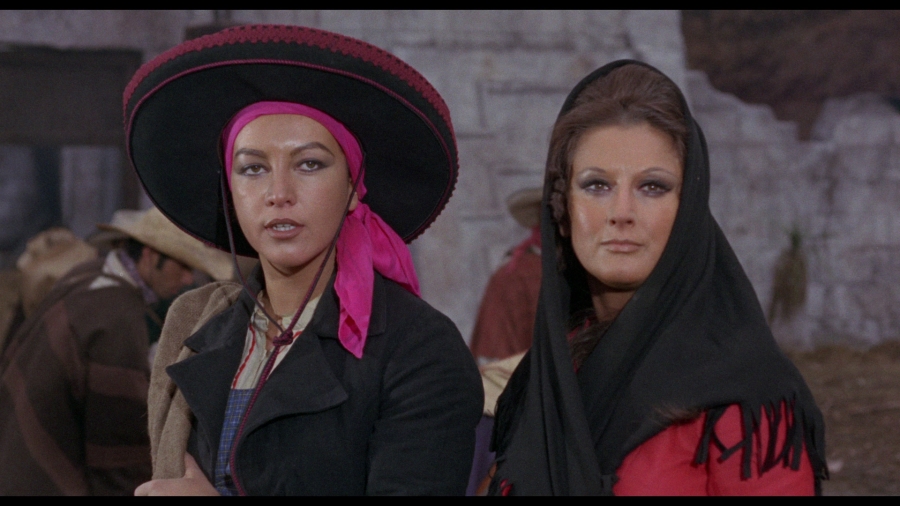 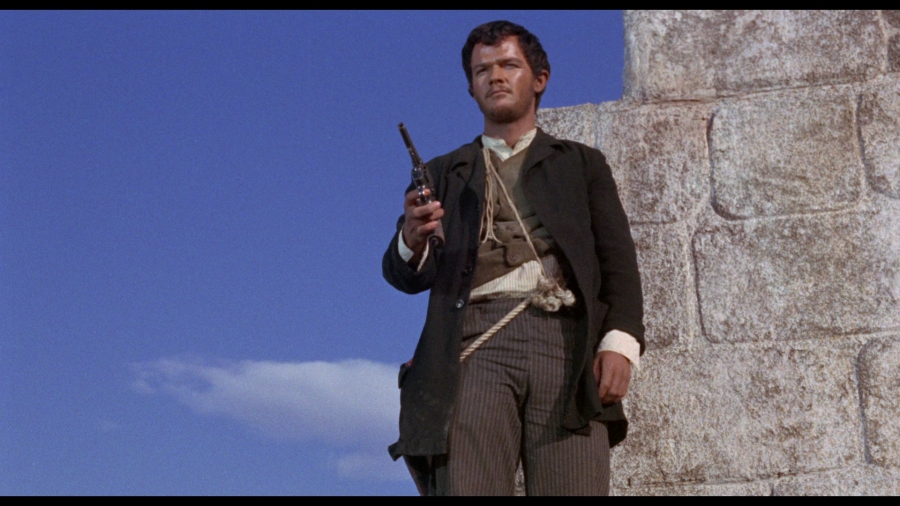 The film comes with an Italian track and an English track, both in lossless PCM. Both were obviously dubbed in post-production and in both versions lip movements rarely match what is being said, so it will come down to preference. I ended up watching the film in English in its entirety and I admit that I only sampled certain scenes for the Italian. In terms of quality they both sound to be about the same: they’re both a bit hollow, sound tinny, lack depth and fidelity, and can be edgy when it comes to music, though the music may be a little harsher on the English track. Still, the clean-up job has been good and I don’t recall any glaring problems. It’s fine but a product of its age.

(I read online that the Italian track, which comes with its own set of English subtitles—there are also subtitles for the deaf and hearing impaired matching the English track—had synching problems with the subtitles, though this seemed to be only on test discs. The final product, which is what I have, didn’t have this issue. It looks as though this was only an issue with test copies.)

Arrow adds a couple of supplements, starting with a new interview with actor Lou Castel. For 14-minutes he talks about his career and the film, particularly its political aspects. This is followed by an older interview with director Carlo Lizzani, which is unfortunately a bit dryer and more long-winded at 28-minutes, but Lizzani gives a brief background to his career and the work he did in Italian neorealist cinema (which became frowned upon by the more conservative government in the 50s) and eventually covers the development and release of Requiescant. It gets a little more interesting when he talks about working on the film, particularly with Pasolini, who appears in the film, but Lizzani is unfortunately a very monotone speaker. Even a rare moment where the interviewer interjects to ask a question doesn’t really liven things up any.

The disc then closes with the film’s theatrical trailer. And as usual with Arrow’s releases the real gem here is the included booklet, featuring a rather thorough essay by critic Pasquale Iannone, covering Lizzani’s career, as well as Pasolini’s, at least leading up to this film, and then writes quite a bit on the film. As usual with Arrow’s booklets it’s a great read and adds a lot to this edition.

Ultimately I wasn’t really expecting much but Arrow’s put together a decent edition here. Though Lizzani’s interview is a bit dry I enjoyed going through everything here.

It lacks in supplements but the presentation far exceeded what I was expecting. A rather nice little release for the film. 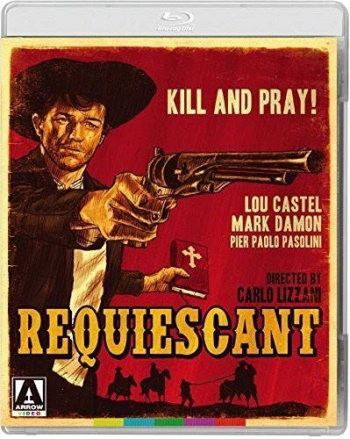 The Fall of the House of Usher (Blu-ray)

Fists in the Pocket (DVD)