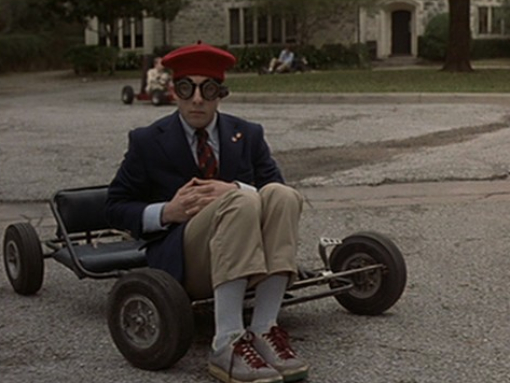 Wes Anderson's dazzling sophomore effort is equal parts coming-of-age story, French New Wave homage, and screwball comedy. Tenth grader Max Fischer (Jason Schwartzman) is Rushmore Academy's most extracurricular student-and its least scholarly. He faces expulsion, and enters into unlikely friendships with both a lovely first-grade teacher (Olivia Williams) and a melancholy self-made millionaire (Bill Murray, in an award-winning performance). Set to a soundtrack of classic British Invasion tunes, Rushmore defies categorization even as it captures the pain and exuberance of adolescence with wit, emotional depth, and cinematic panache. Criterion is proud to present one of 1998's most acclaimed films in a Director Approved special edition.

Criterion’s edition of Rushmore is presented in the aspect ratio of 2.35:1 on this dual-layer disc. The image has been enhanced for widescreen televisions.

It’s an improvement over Disney’s previous non-anamorphic release, presenting a sharper picture with better colours and a cleaner print. It still has a few issues, though. Artifacts are present with some noticeable noise and edge-enhancement. There’s still a bit of print damage as well, a surprise considering how new the film was upon the DVD’s release (the film was barely a couple of years old when this DVD was released.)

But it’s still a rather sharp looking picture with a decent amount of detail. Colours look nicely saturated, with strong greens and reds. Blacks are also nice a deep.

For the transfer alone the Criterion edition is worth picking up over the Disney release. Despite a few issues it’s a rather nice early transfer from the company. 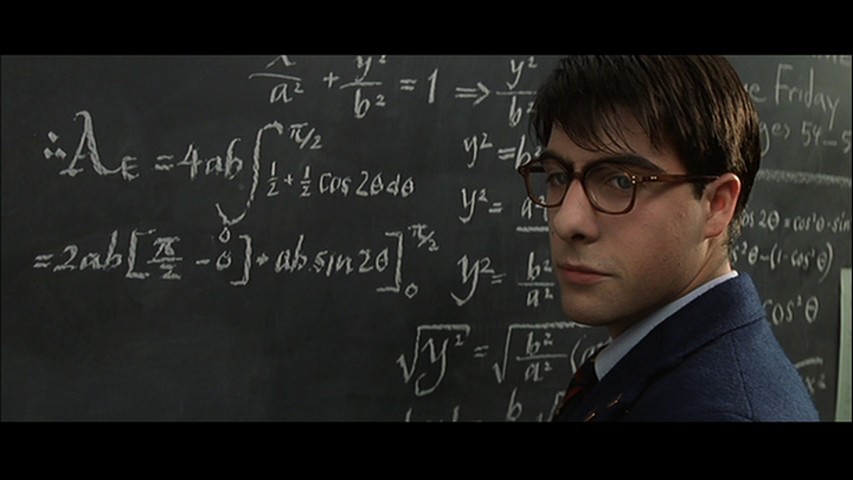 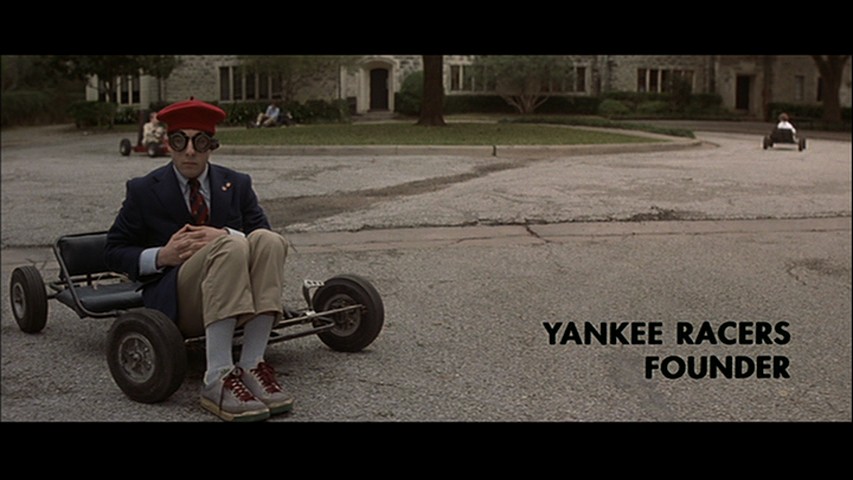 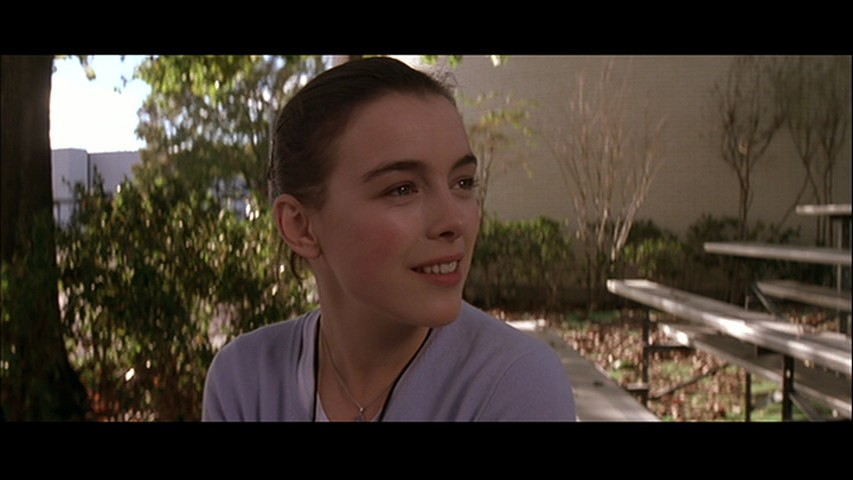 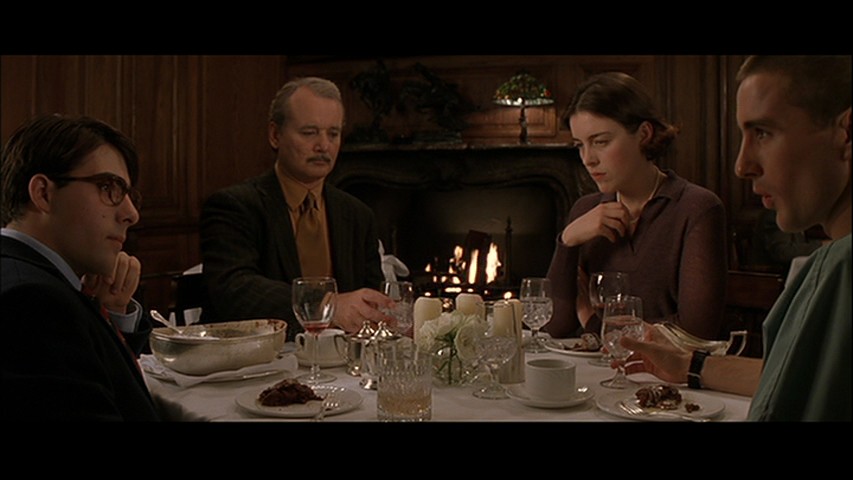 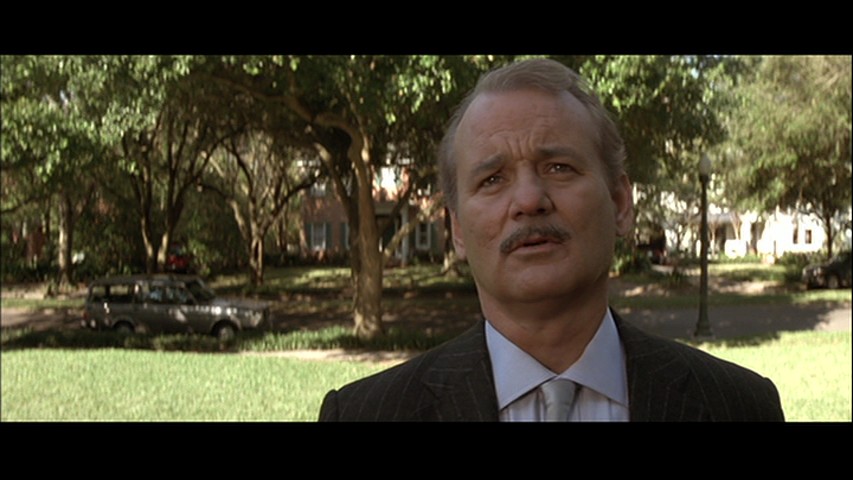 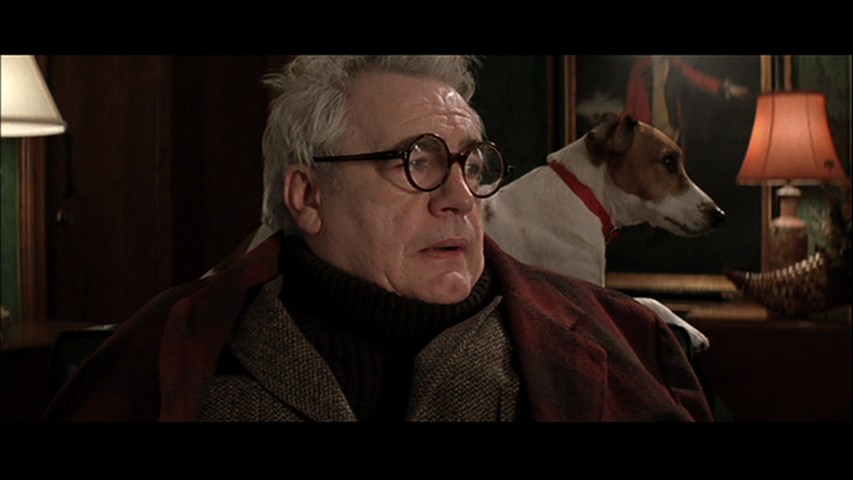 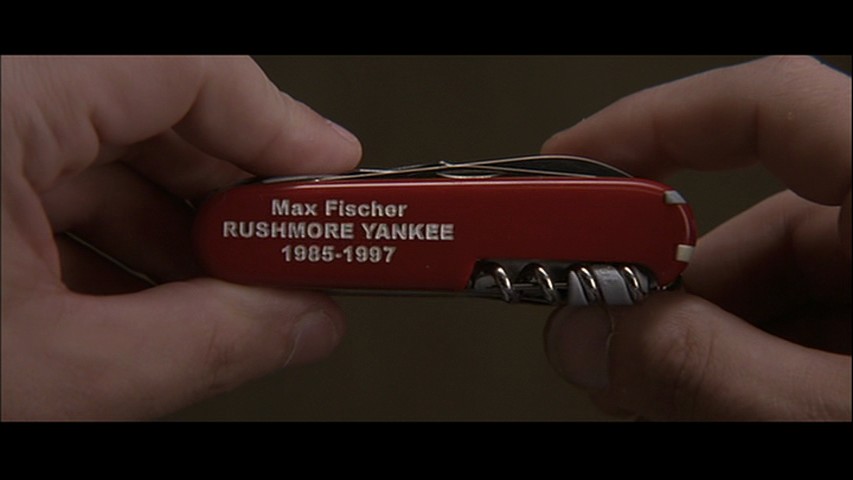 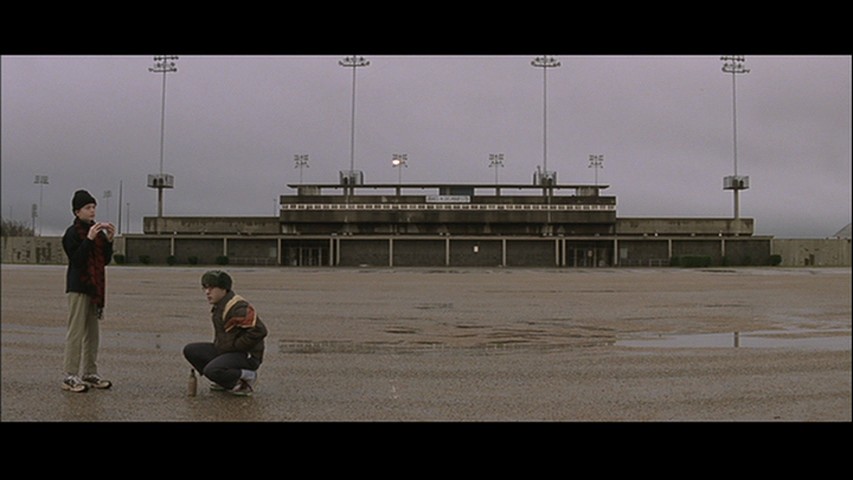 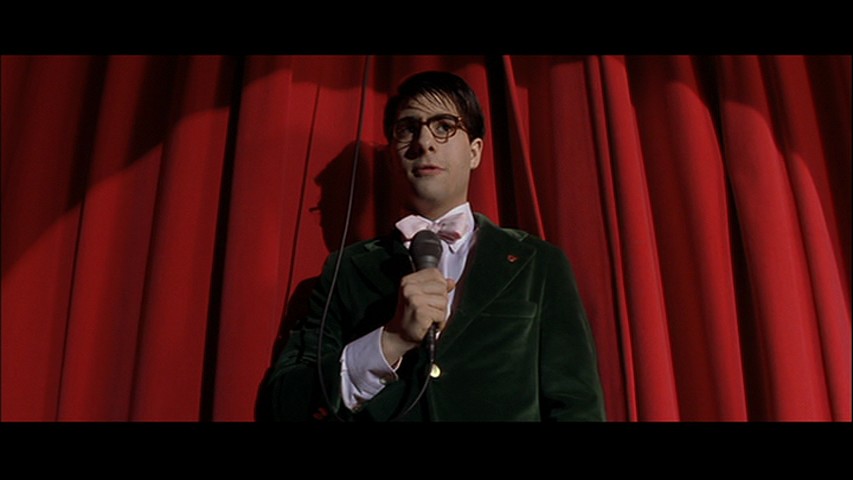 Criterion includes a Dolby Digital 5.1 surround track for the film, and it’s surprisingly active considering the film. Most of the soundfield is confined to the front speakers, handling a bulk of the dialogue, music, and effects. But the surrounds get some background effects and some of the score, but the rears (and the woofer) really kick in during moments where British invasion songs are playing.

But it starts really showing its stuff during the finale involving Max’s Vietnam play, where helicopters can be heard hovering around, and gunfire and explosions pop up constantly. For what the film calls for the track does go the extra little bit. Pretty impressive.

Disney’s original DVD contained only a theatrical trailer. Criterion of course adds on quite a few things.

First up is an audio commentaryfeaturing director Wes Anderson, co-writer Owen Wilson, and actor Jason Schwartzman. Anderson and Wilson talk mostly about their inspirations and their take on the characters. Anderson talks about some of his real life experiences that were used in the film, including getting kicked out of school himself. There’s also mention of film influences. Schwartzman offers some amusing anecdotes and stories and makes it clear that for the movie he "shaved his chest!" I rather liked this track, finding it quite entertaining and funny. Unfortunately everyone was recorded separately (common to early Criterion tracks) but it’s still quite informative, and also still the best one of all of the Criterion Wes Anderson tracks.

The rest of the supplements are divided into sections, the first called “AV Club.”

A making-of featurette on the film by Wes' brother Eric is also included. Running 17-minutes it doesn’t really get that in-depth, only offering a shallow look from the set. It’s interesting, giving an idea of the feel from the set but that’s about it. I guess I liked watching it but have to be honest in saying if it wasn’t here I probably wouldn’t have missed it.

An interview with Anderson and Murray on The Charlie Rose Show is also included on the disc. I’ve never really watched the show so I am unfamiliar with his interview style, but I can’t say I was all that impressed. At 54-minutes he sort of meanders around with Rose concentrating on aspects that don’t have to do much with the film. Murray’s portion takes up the most time, around 36-minutes or so, and Anderson gets the rest. The only interesting portion of the interview (that I can recall) is Anderson recalling how he was able to convince Murray to be in the film, which included sending him copy after copy of Bottle Rocket in hopes of convincing him. But I don’t even think Rose watched the film and has very little interest in it (I felt anyways.) I actually question the inclusion of this as a feature, though wonder if Anderson felt it was somewhat funny (and I suspect this was the inspiration for the joke interviews that appear on the other Criterion DVDs of his films.) Worth watching only for its bizarre qualities.

Storyboards and a storyboard comparisons are also here. While the drawings are crude, I rather liked them. The scene compared is the opening sequence of Max figuring out the hardest possible math question. Finally you'll find the rather amusing theatrical trailer for the film.

"Archiva Graphica" is a photo gallery but has a very nice set-up. For example it shows the portrait displayed at the beginning of the film (the Bloom family portrait) and allows you to navigate through (using the arrows on your remote) to see close-ups of the portrait and even a photo of Murray posing for it. You can see the original concept for the theatrical poster (which I actually liked) and some close ups on that. Production stills are thrown about but the one bit I liked was the speech Max read to his new class is also included, presented over multiple cue cards. You can even find Mr. Blumes opening speech in here.

"The Max Fischer Players Present" section contains more photos, like the pamphlets and poster that were used for Max's plays.

An amusing extra are a bunch of shorts used for the MTV Music Awards that have Max and his gang perform their own takes on The Truman Show, Armageddon and Out of Sight. They’re rather amusing, if too short.

We also get two inserts. We get a booklet written by film critic Dave Kehr and we also get a map that displays all of Rushmore's key events drawn by Eric Chase Anderson.

It’s a nice release, though future Criterion/Anderson releases were a little more impressive. Still I rather liked the commentary, the MTV Award skits, and the photo galleries. Plus it’s better than the Disney DVD, which contained only a trailer.

Nice DVD overall. The transfer is an improvement over the Disney DVD, though has some issues. The audio is a pleasant surprise, quite active for this type of film. The supplements are hit and miss, but the good ones are worth the time and effort. Nice, if less than stellar Criterion release. 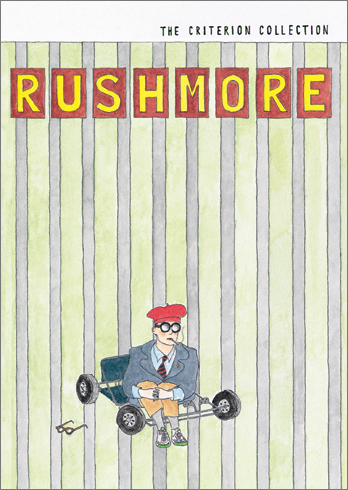