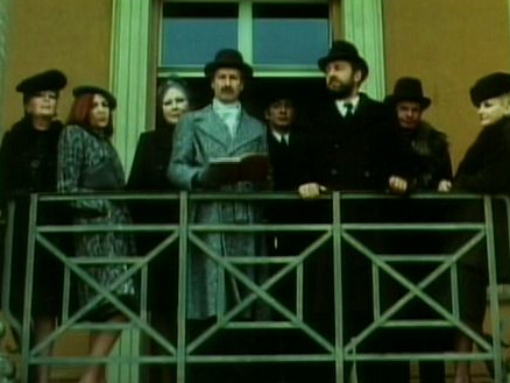 A loose adaptation of the Marquis de Sade's The 120 Days of Sodom, Pier Paolo Pasolini's Salo is perhaps the most disturbing and disgusting film ever made. It is also one of the most important, offering a blistering critique of fascism and idealism that suggests moral redemption may be nothing but a myth. Criterion presents Salo in its uncut, uncensored version.

There's really only one word for this transfer: Abomination. That might be a little unfair as this is an earlier release from Criterion, and there are probably worse transfers out there (I often wonder how the video quality of those $1 DVDs you see at the Wal-Mart check outs rate.) But Criterion's early releases still presented decent video transfers, usually ported from their laserdiscs. The problem with this transfer is it doesn't look like any effort was put into it, slapping whatever horrid print they could find onto the disc and what we get is a fuzzy, yellowish, interlaced mess of a transfer.

Presented in its original aspect ratio of 1.85:1 on this single-layered disc, Criterion's original release of Salo has not been enhanced for widescreen televisions. First off, the print used is not in great shape. It has its fair share of dirt, scratches and large tears, as evident near the beginning. While more clean up would have been nice, I'm sure the bigger bits of damage would have been harder to repair and I can only guess this was the only print of the film they could gain access to. The biggest issue presented from the print, though, is that it pretty much falls on the yellow side. Everything has a good dose of yellow to it.

The digital transfer itself actually makes things much worse. The image is soft and blurry. Long shots come off like a blobby mess, and close ups only look slightly better. The biggest annoyance, though, is that the transfer is interlaced and combing is a huge issue. While taking screen grabs I was actually hard pressed not to take one that didn't show signs of combing. Other artifacts, such as ghosting, are also present.

My opinion of the film has changed drastically over the years and I'm beginning to appreciate it more, yet even when I hated this film with all of my being I still felt it deserved better than this. It pains me to say it, since I, like many others, hold a high opinion of Criterion in general, but this may be the worst transfer I've come across (though that could change if I decide to splurge on one of those $1 DVDs.) Incredible disappointment. No matter what Criterion does with their upcoming rerelease, they can only go up in quality. 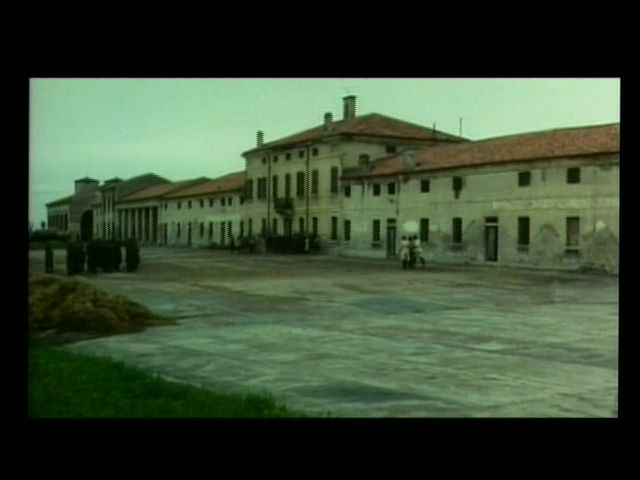 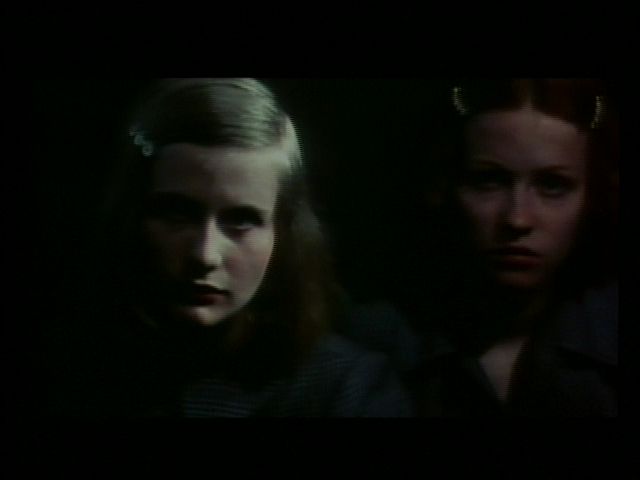 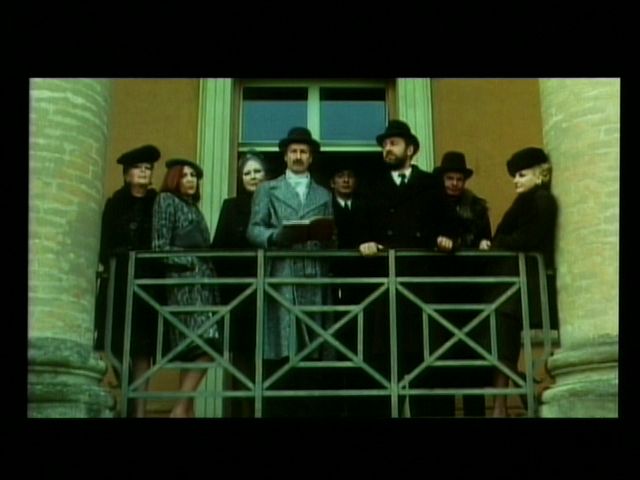 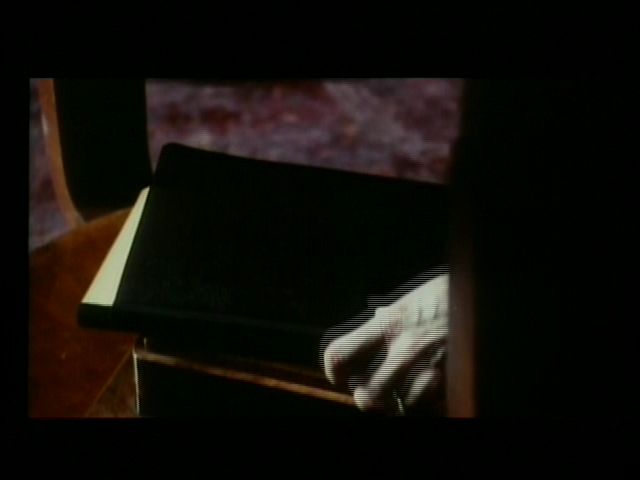 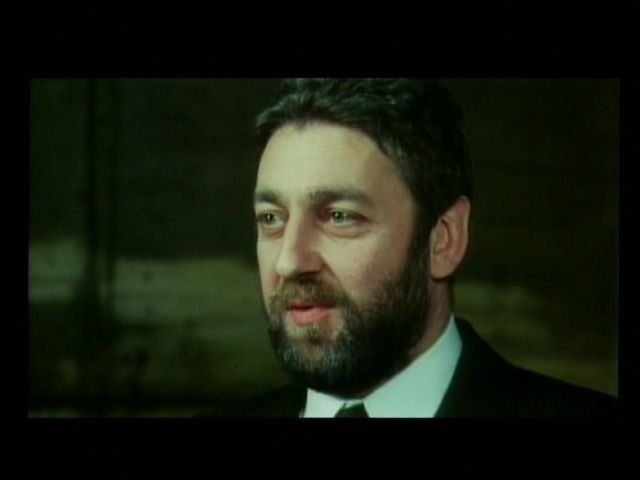 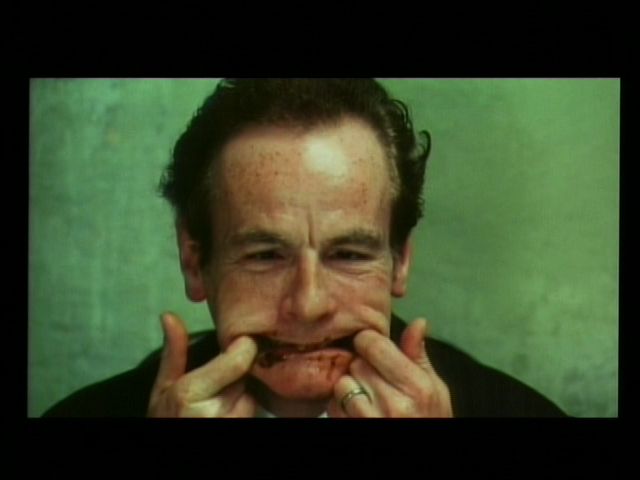 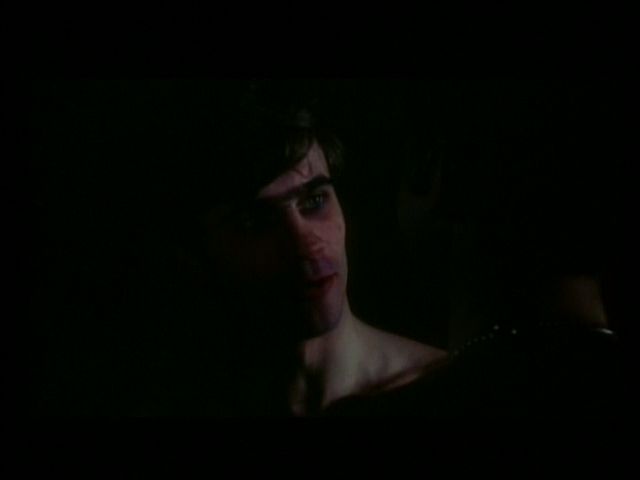 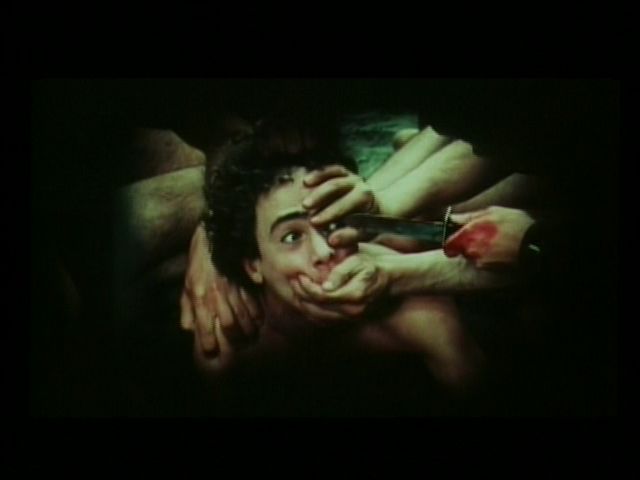 The mono track presented on this disc doesn't fair much better but at least I can't call it an abomination. It also has issues that have to do with the source used, but again not much seems to have been done to fix it. Judging by the sound overall I'm guessing the dialogue was looped in post-production, which I feel may be the source of all of its problems. The track is really just lifeless, sounding fairly hollow. Dialogue sounds a little fuzzy, shallow, and along with the music, distorted. It really sounds detached from the rest of the film, that's the best I can describe it. Not the worst track I've heard, but along with everything else on this disc, it doesn't help. I'm hoping for the best from the new release.

If ever a film a called for a lavish special edition, the true 'Criterion treatment' it's Salo. Unfortunately this original DVD release has nothing, other than an essay by John Powers, which isn't very insightful, even throwing an almost passé comment about Pasolini's violent death. I should probably mention that the subtitles are also a bit of a mess. My biggest issue with them is they don't seem to 'flow' correctly. When multiple people are talking the subtitles are usually shown for both people at the same time and seem to flow into one another making it a little harder to keep up with who is saying what. This is the only foreign release from any studio I've ever had this problem with (but hey, I'm willing to admit it could just be me.)

This release would benefit most from a commentary, but there isn't one here (and by the looks of it the new release won't contain one) or anything else. This was a missed opportunity that I hope Criterion finally does right.

At one time the most sought after DVD out there, prices getting ridiculously high on auction sites, I have to say the DVD wasn't even worth the original $29.99 price tag. Easily Criterion's worst release, the disc is just a big missed opportunity. I admit my original reaction to the film was not good, but my reaction to the DVD was worse. Now that Criterion is rereleasing this on DVD again almost 9 years after being discontinued I hope they get it right this time. 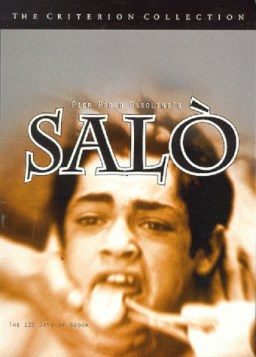