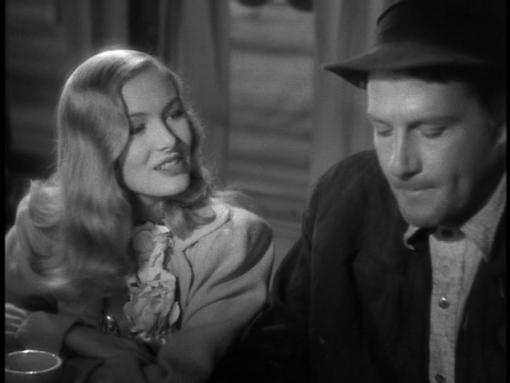 This masterpiece by Preston Sturges is perhaps the finest movie-about-a-movie ever made. Hollywood director Joel McCrea, tired of churning out lightweight comedies, decides to make O Brother, Where Art Thou-a serious, socially responsible film about human suffering. After his producers point out that he knows nothing of hardship, he hits the road as a hobo. He finds the lovely Veronica Lake-and more trouble than he ever dreamed of.

Preston Sturges’ Sullivan’s Travels received a special from Criterion, presenting the film in the aspect ratio of about 1.33:1 on a dual-layer disc.

It’s altogether bad for one of their earlier DVD transfers. This standard-definition transfer was apparently taken from a 35mm duplicate negative and looks to have been in good shape, little damage being present. What remains are a few stains scatter about, the odd speck and blotch, and some tram lines. There are some heavy fluctuations throughout, though, possibly the remnants of stains or mold. But all things considered it’s in great shape.

The progressive digital transfer itself is okay but a bit underwhelming. It’s surprisingly clean around the edges and halos aren’t a real concern. Unfortunately the image just looks a bit too soft, and I suspect it might be a side effect of grain reduction or control. Since it comes from a negative, even a duplicate, I would suspect it to look a bit sharper than what we get. 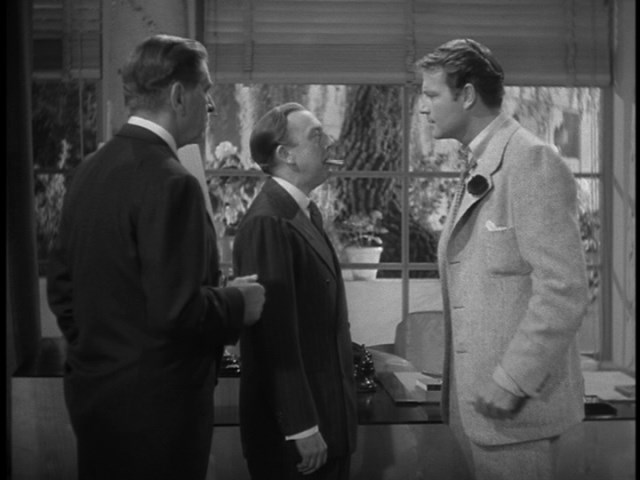 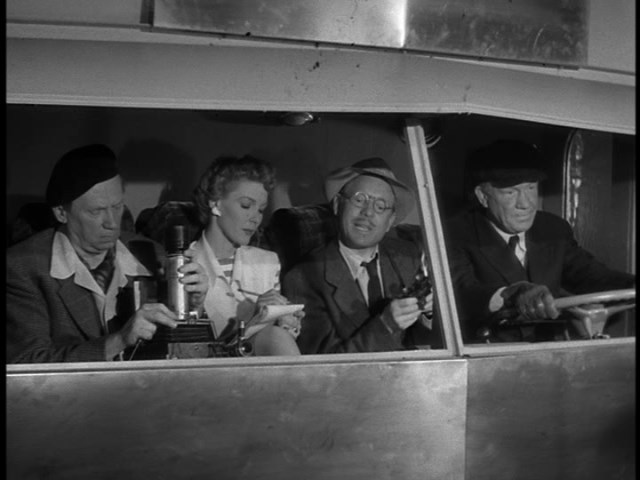 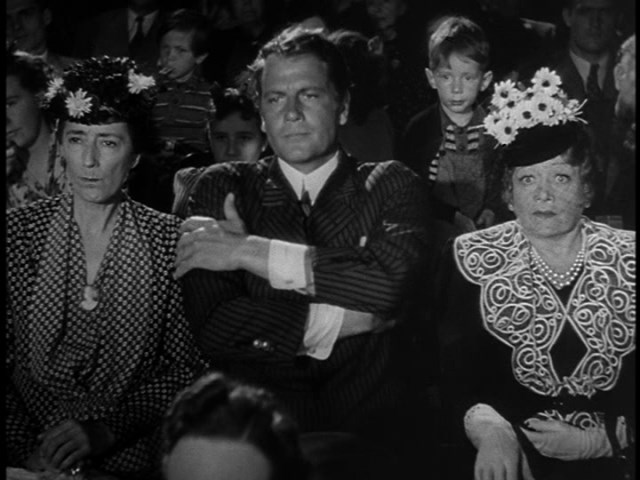 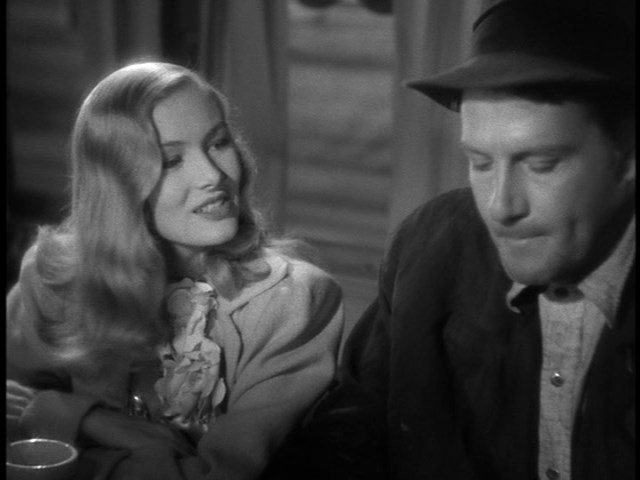 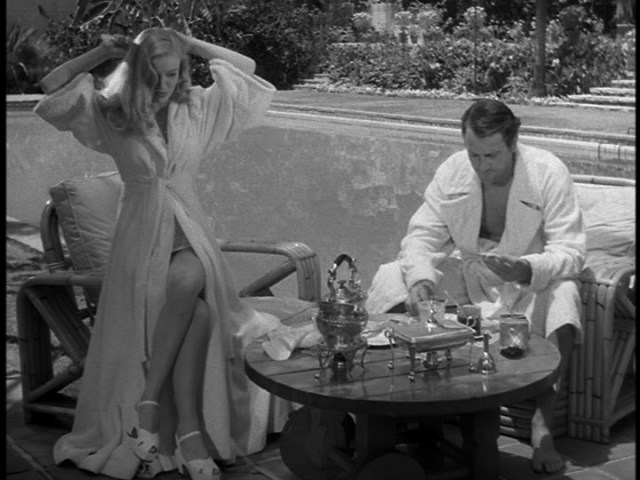 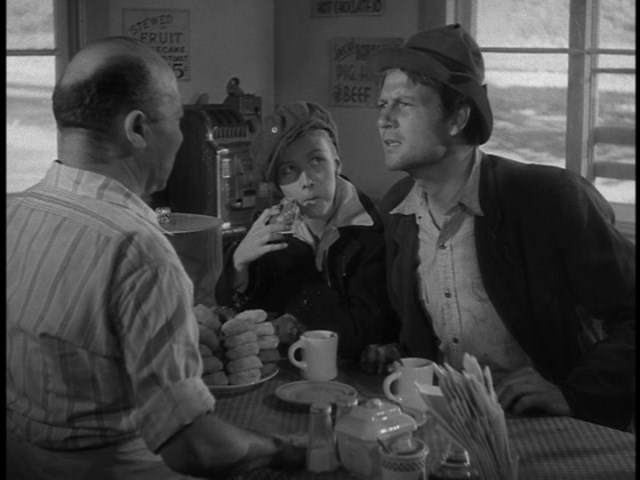 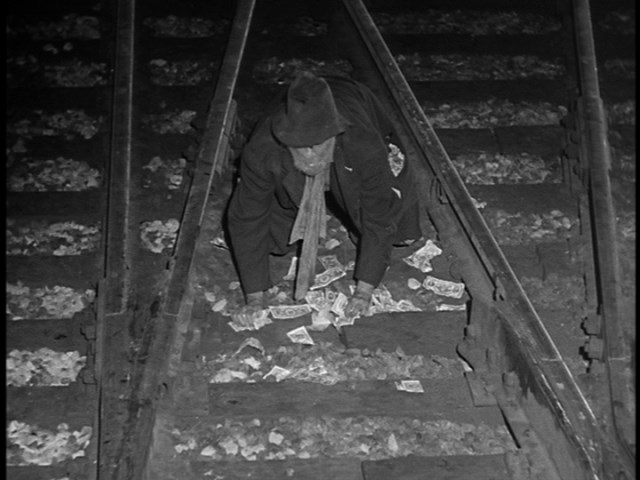 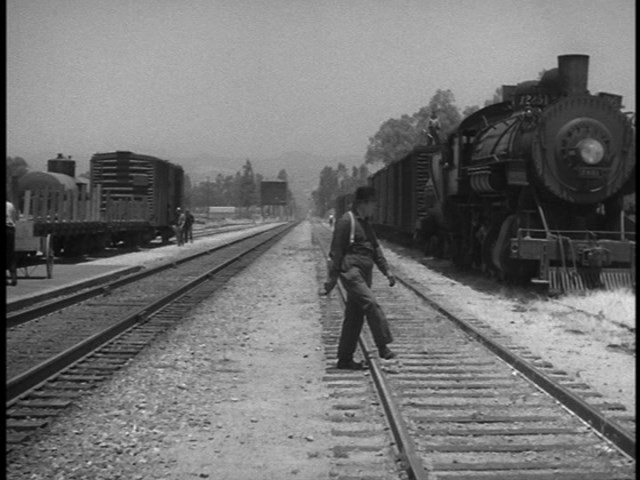 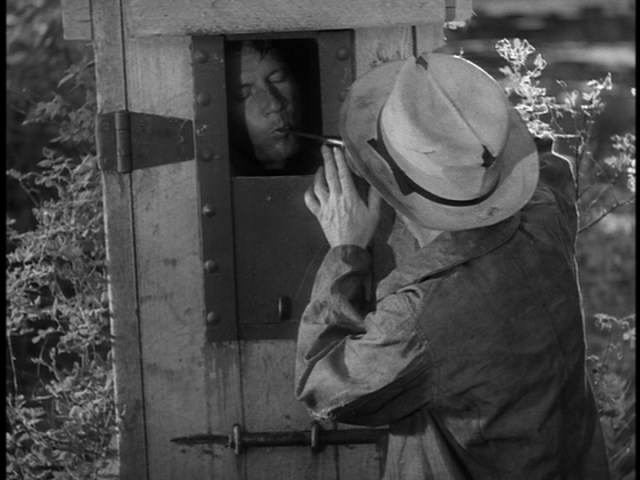 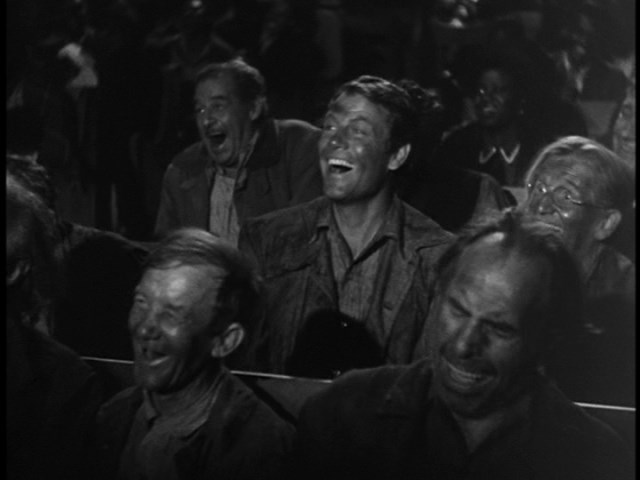 The film’s mono track is delivered in Dolby Digital 1.0. There’s a little bit of background noise but nothing I would call overly obtrusive. And though music sounds flat on the whole, dialogue is clear and easy enough to understand.

Criterion’s special edition starts out with an exclusive audio commentary featuring Michael McKean, Christopher Guest, director Noah Baumbach, and Kenneth Bowser. Though there are times where the participants acknowledge another’s existence, usually stating “take it away so-and-so” when passing off, it sounds like everyone was actually recorded separately. Bowser, who directed the documentary Preston Sturges: The Rise and Fall of an American Dreamer, which is included as a supplement on this disc, takes the more scholarly/historian task, giving more details on the production and Sturges’ career, while also covering how the film differs from other films of the same genre and period, and how it broke new ground. He also covers the Hollywood system of the time and how it’s presented in the film. The other three talk more about how the film has influenced them and what they admire about the film and Sturges’ work. It’s a nice track, fairly humourous primarily thanks to Guest and McKean, and has a few interesting trivia bits (like Sturges apparently wanted to use a Chaplin film in place of the Mickey Mouse short screened at the conclusion, though there is no mention why this didn’t happen). Worth a listen.

Bowser’s 75-minute documentary, Preston Sturges: The Rise and Fall of an American Dreamer is next. It’s a very thorough documentary using a mix of archival interviews, home movies, and newer interviews to lay out Sturges’ career and work, from his success to his rather sudden and steep fall within Hollywood (sped up during his brief partnership with Howard Hughes) and his late-in-life run in with the unforgiving IRS. It’s a nicely put together reflection on his career, moving at a nice beat and keeping it interesting.

Sort of adding on to that is then a 13-minute interview with widow Sandy Sturges, who expands on some details found in the documentary. She talks about his working his way into Paramount as a filmmaker, how he would act out the parts when writing his scripts, and then explains why Sturges made Sullivan’s Travels, which was his response to all of the “message movies” being made by other comedy directors like Leo McCarey and Ernst Lubitsch. It has been divided into four sections that can be viewed one at a time or you have the option to “Play All.” The interview, though short, proves to be invaluable as she adds a far more personal slant to the supplements in comparison to the (still) rather thorough documentary.

In a section called “Archival Material” we first get a few galleries. The stills gallery presents a number of “Production Stills” and “Behind-the-Scenes Photos.” There’s a fairly large amount of each but the Productions stills actually present shots from scenes not in the film, including what might be a slightly different ending. Storyboards and Blueprints present a small number of each, the blueprints seeming to plan out camera placements and staging. There’s then a Scrapbook gallery. This seems to be an “odds and ends” gallery, showing promotional art, newspaper clippings related to the film, clippings of articles, promo books, and correspondence like a telegraph about the film’s box office. A great little addition.

This section also presents a number of audio-only features that play over the menu. Criterion has managed to round up a few recordings taken of Sturges, first of him reciting the poem “If I Were a King” where he ends up having to start over a few times after good heartedly being interrupted, and then of another where he sings one of the songs he composed, ”My Love.” Both are over a minute in length.

The most fascinating of this audio material, though, is a 4-minute interview between him and Hedda Hopper, taken in 1951. Here Sturges talks about the current state of Hollywood, which was seeing a drop in box office thanks to television. Sturges was (rightfully as it turns out) optimistic as he argues that television will actually force Hollywood to change and produce better pictures. While Hopper may slightly hint that television is an inferior medium, Sturges sees it, along with film and stage plays, as all being the same thing, a way of delivering theater, and all equally important. It’s short but I found it a particularly fascinating (even if it at least feels somewhat scripted) discussion and I’m disappointed Criterion couldn’t round up more material featuring Sturges.

The disc the closes with a theatrical trailer, while Todd McCarthy provides an essay by Todd McCarthy on the film’s subtle complexities.

It’s a nicely put together edition, though a bit scant on the scholarly material. Still, the commentary is fun and the documentary and interviews are great primers on Sturges and his work.

Though I would direct everyone to the new Blu-ray edition, this DVD still offers a decent if unspectacular standard-definition presentation, as well as some strong supplements, the galleries still exclusive to this edition. 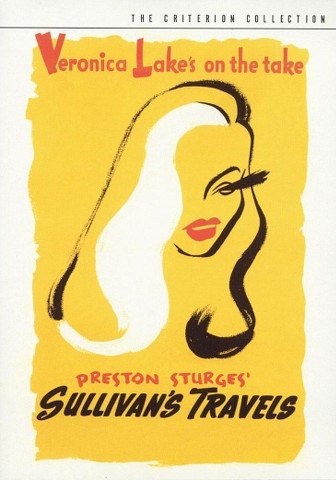