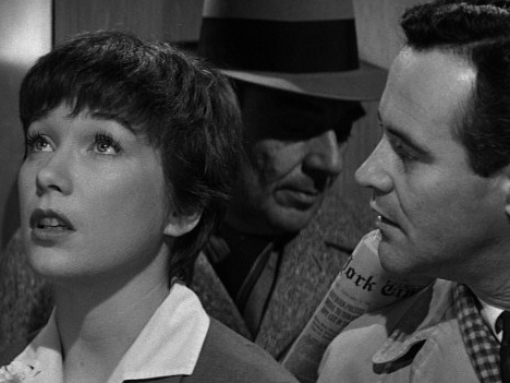 C.C. "Bud" Baxter (Jack Lemmon) knows the way to success in business.it's through the door of his apartment! By providing a perfect hideaway for philandering bosses, he reaps a series of undeserved promotions. But when Bud lends the key to big boss J.D. Sheldrake (Fred MacMurray), he not only advances his career, but his own love life as well. For Sheldrake's mistress is the lovely Fran Kubelik (Shirley MacLaine), the elevator girl of Bud's dreams. Convinced that he is the only man for Fran, Bud must make the most important executive decision of his career: lose the girl.or his job.

MGM and Fox Home Entertainment present Billy Wilder’s The Apartment on a dual-layer Blu-ray disc in its original aspect ratio of 2.35:1 in a 1080p/24hz high-definition transfer.

It looks like it’s the same transfer that was the source for the MGM Collector’s Edition DVD but gets the full benefit of being presented in 1080p. Detail is higher and the image is far sharper, and remains crisp and clean throughout. Noise reduction appears to have been applied but not vigorously so it still retains a film-like look and the finer details, like stubble on the face and textures in clothing and set walls, still come through. Contrast looks about the same as the DVD edition and blacks still come off looking a little too deep but this could possibly be the intended look. There is some shimmering in tighter patterns in a few places but artifacts are otherwise unnoticeable.

The source materials are in very good condition, with a few blemishes scattered about, as well as some minor stains and pulsating, but nothing overly distracting. In all it could probably be better but it manages to offer a nice upgrade over the DVD, looking far sharper. 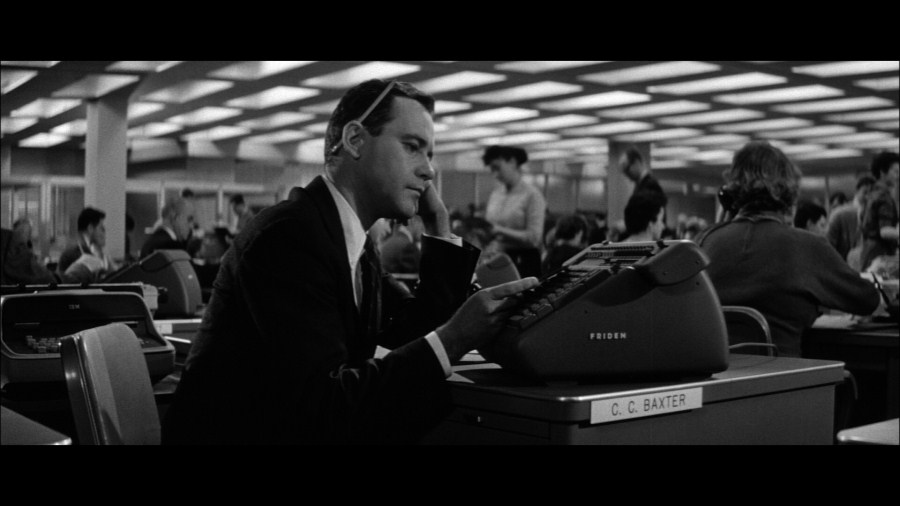 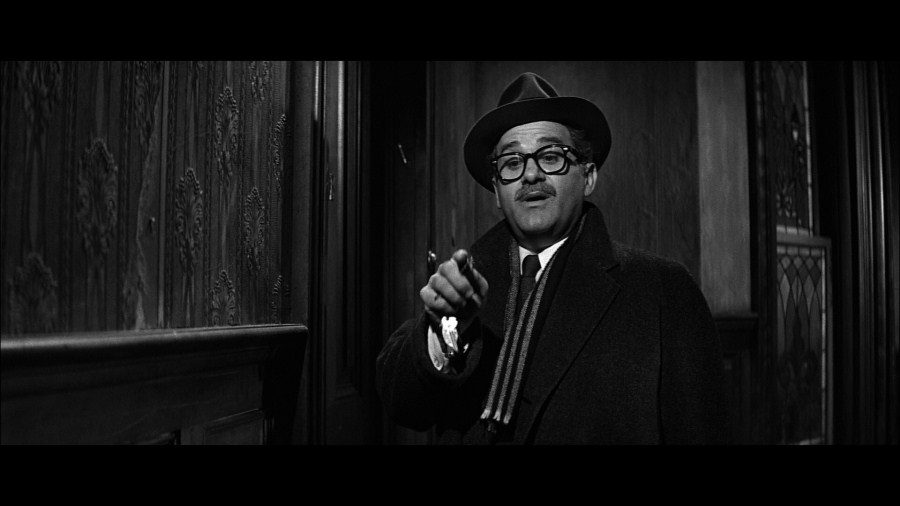 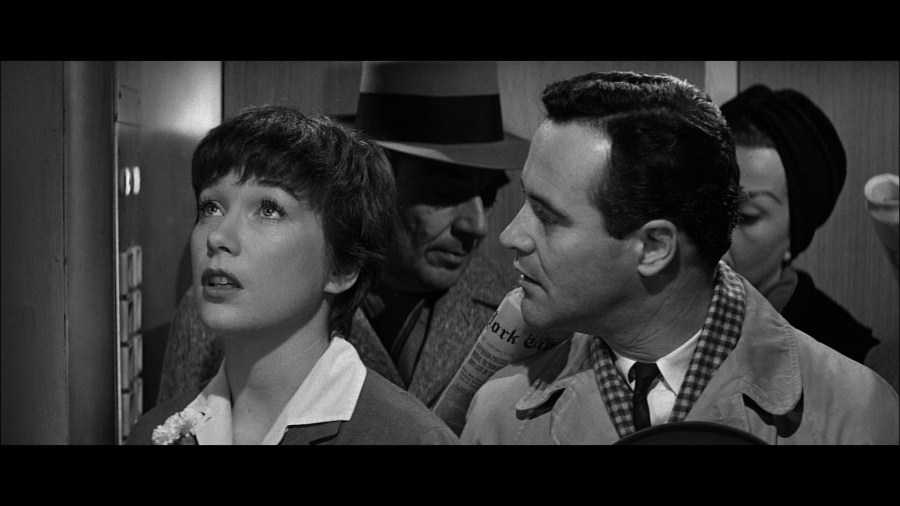 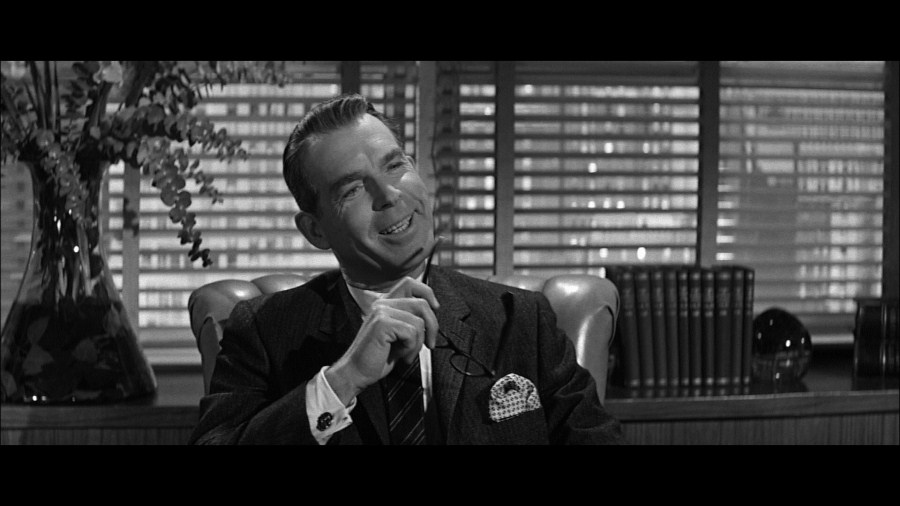 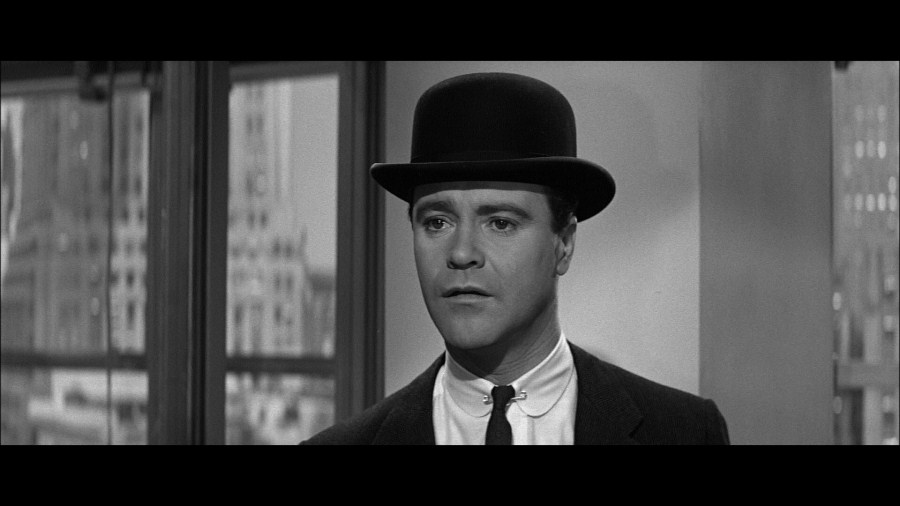 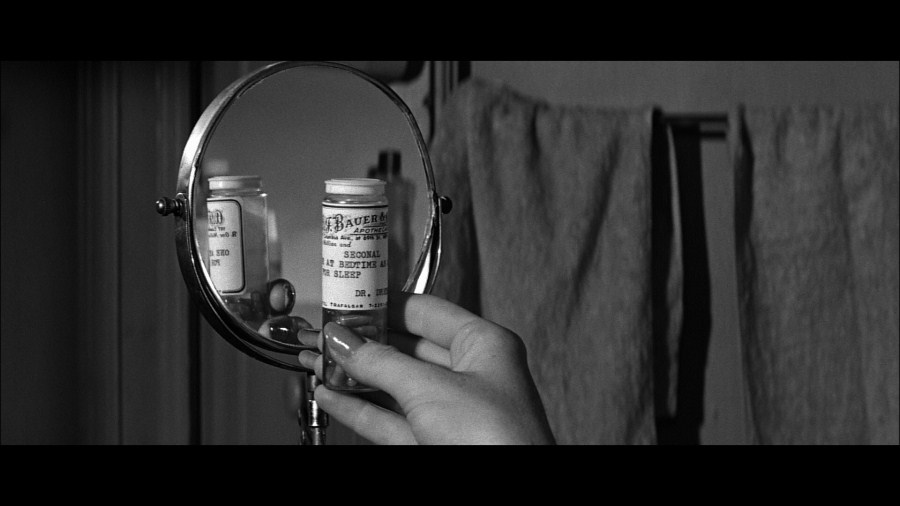 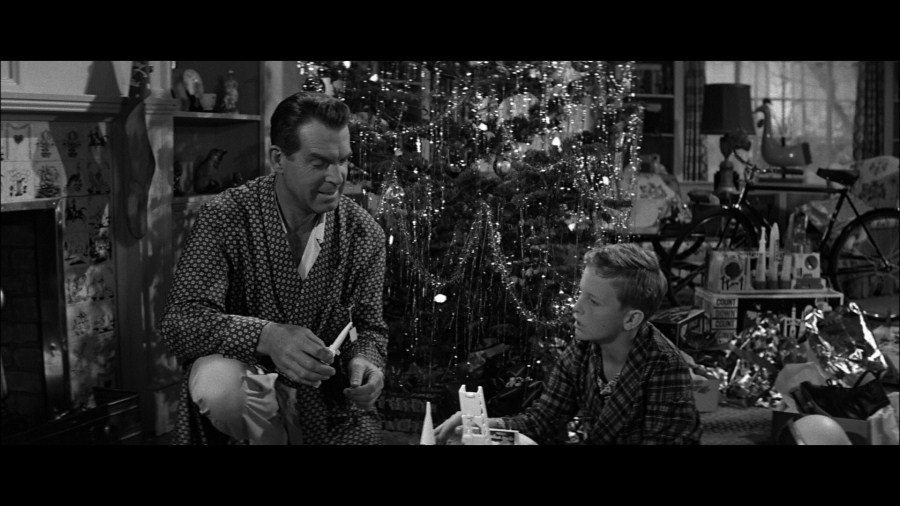 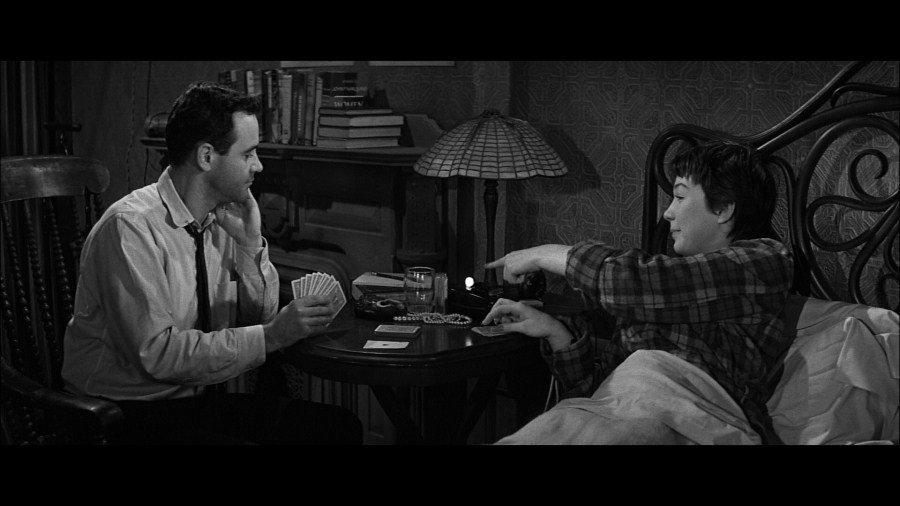 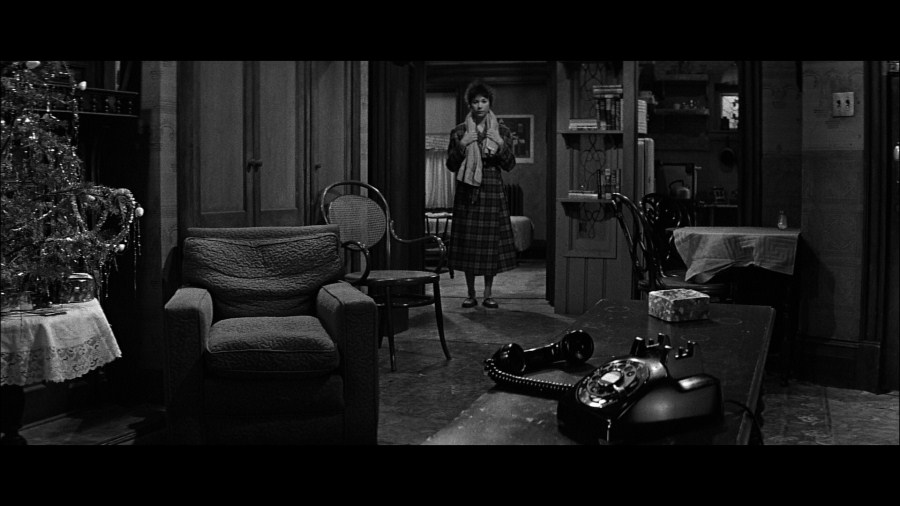 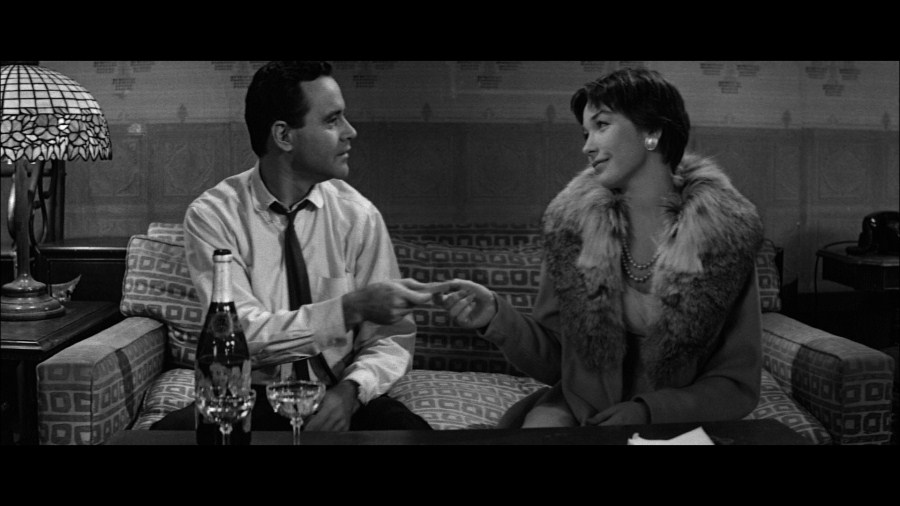 Whatever the reasoning may be the film receives a DTS-HD MA 5.1 surround track, which is in name only. It’s primarily mono, at best stereo. Some music creeps to the rears but otherwise I didn’t notice much activity back there. The audio sticks primarily to the front center, with some panning to the left and right speakers in a couple of places, but that’s about it. I would have preferred the original mono but at least sound quality is excellent, with clear dialogue and clean music, and it hasn’t been hampered by the remix.

The supplements from the MGM DVD get ported over.

First is an audio commentary by historian Bruce Block. It’s a fine track, though not essential listening. He can drain some of the fun from the film when he analyzes shots, and also points out the obvious, but he does provide some interesting notes about the production, explaining how some of the sets were constructed (like the Orwellian office Lemmon works in,) talks about scenes or segments snipped from the script or from the finished film, and offers a history for many of the actors that appear. In the end it’s not terrible by any means, and is well researched, but I didn’t find it especially eye-opening.

Probably more worthwhile is the 29-minute documentary Inside The Apartment, covering the film’s production and release. It starts off with a little about Billy Wilder’s arrival into the States, Some Like it Hot, and then how Lean’s Brief Encounter influenced The Apartment. From here it goes over the controversies surrounding the plot, the risks it took for the time, general stories about the production, and then its release and standing today. It’s pretty standard fare, similar to most MGM documentaries of this sort, but it is fairly interesting and worth viewing if you are curious about the film’s making.

Magic Time: The Art of Jack Lemmon is a 12-minute tribute piece to Lemmon, getting together historians and those that knew him to talk about his life and career. Charming piece but incredibly fluffy.

The disc then closes with the theatrical trailer.

There’s a couple of things but in the end they’re all fairly standard and nothing to get too excited about.

Supplements are fairly average, the making-of being the one supplement I would probably recommend. The image is open to improvement but it does look better than the DVD, presenting a more filmic look. 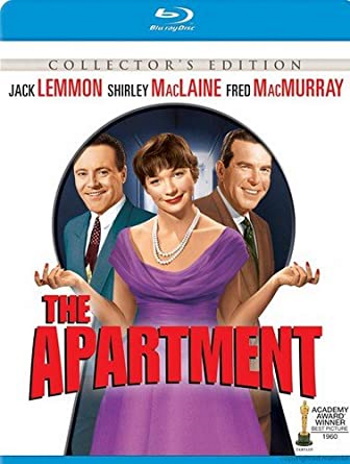