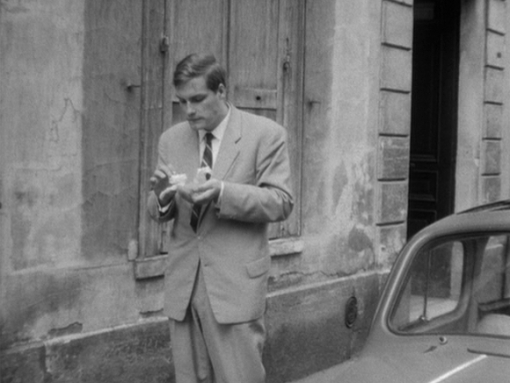 Simple, delicate, and jazzy, the first of the “Moral Tales” shows the stirrings of what would become the Eric Rohmer style: unfussy naturalistic shooting, ironic first-person voice-over, and the image of the “unknowable” woman. A law student (played by producer and future director Barbet Schroeder) with a roving eye and a large appetite stuffs himself full of sugar cookies and pastries daily in order to garner the attentions of the pretty brunette who works in a quaint Paris bakery. But is he truly interested, or is she just a sweet diversion?

The first part of Eric Rohmer’s Six Moral Tales, The Bakery Girl of Monceau, finds itself on the first dual-layer disc of Criterion’s six-disc box set. The film is presented in the aspect ratio of 1.33:1 and has been sourced from a high-definition restoration, in turn scanned from a 35mm duplicate negative. The image has also been window-boxed.

The film only runs 23-minutes (the dual-layer disc is required for the length of one of the disc’s supplements) so the film gets a lot of room to breathe, ultimately limiting the issues down to the source rather than the digital presentation itself. Though not in terrible shape, the source materials still show a significant amount of damage throughout, primarily through tram lines which vary in thickness. There are also other blotches scattered about, frame shifts, and the image can look severely faded at the bottom of the frame at times.

Despite this, though, the digital presentation is clean, and upscaled it still looks strong. Details are not altogether that impressive and the image has a softer look, but I put that down more to the source materials. Grain is actually visible and nicely manages, and grayscale looks impressive. Despite the damage the standard-definition presentation does manage to offer a decent, photographic look overall. 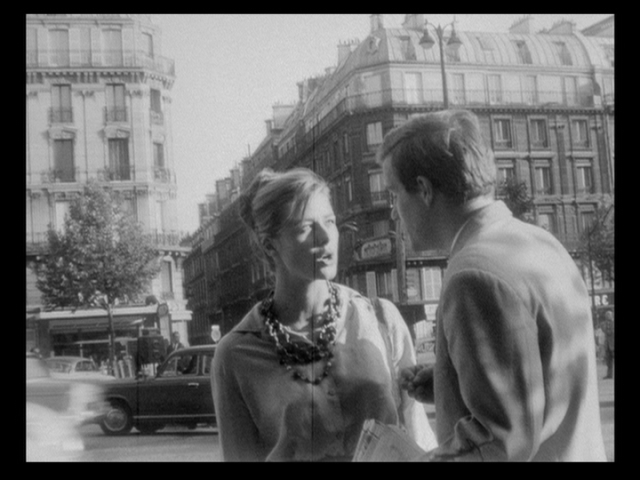 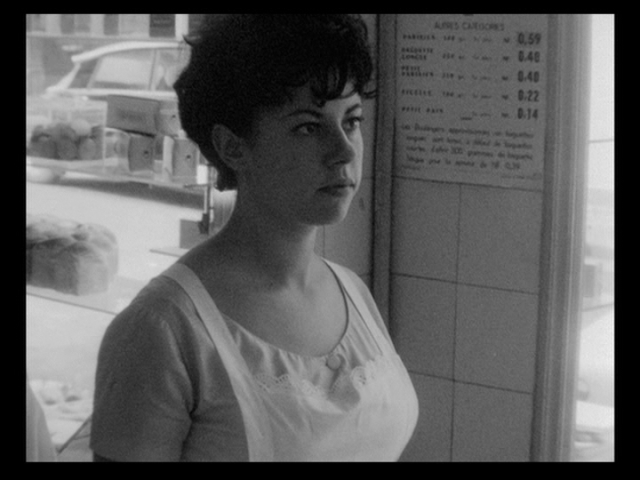 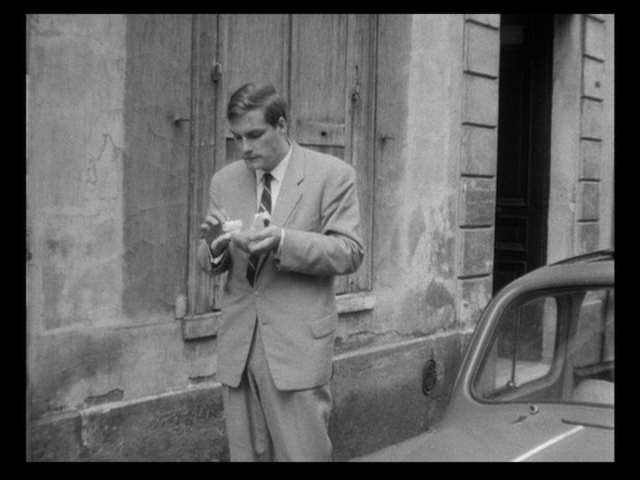 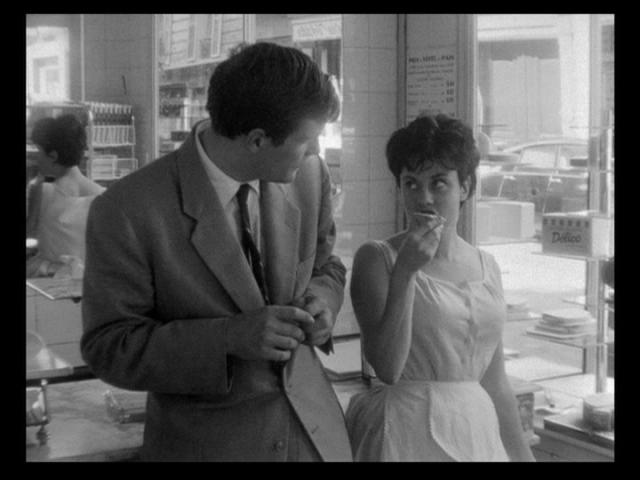 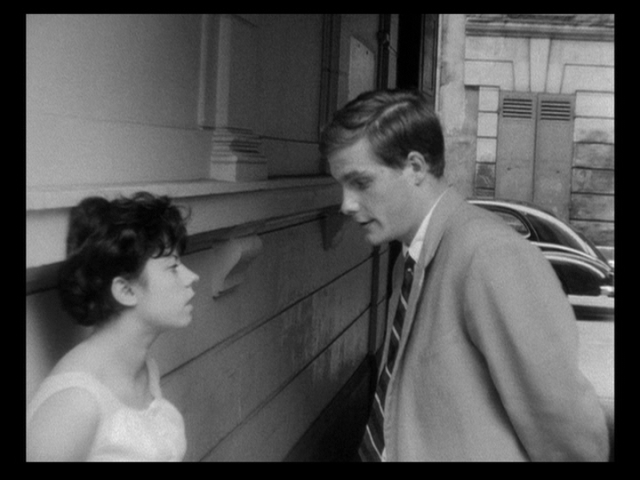 The film comes with a simple Dolby Digital 1.0 mono French soundtrack. It’s incredibly flat and hollow, and dialogue has obviously been post-synched (Rohmer confirms that both this and Suzanne’s Career were the only two films not to use live audio), which lends it a detached, artificial sound. But other than a minor hiss there is no damage to speak of and the track is pretty clean.

Criterion’s box set presents all six of the films on their own individual discs and presents special features on each one. Throughout the set Criterion includes a number of interviews and short films directed by Rohmer. On this disc Criterion includes the 9-minute short Presentation, or Charlotte and Her Steak, which “stars” a super young Jean-Luc Godard. It’s similar to the Moral films in the set in that it features a man (Godard) and issues that arise involving two women. The young man in this case is attempting to make the woman he is currently with, Charlotte, jealous over another woman they meet earlier, all while she eats a steak because, you know, what’s a better snack than a full-on steak? It’s narrative is simple and it’s not the most visually arresting film, with it composed primarily of the two in a room while Charlotte cooks a steak. But there’s something about it that makes it arresting in its own way. I’m not sure what makes it arresting exactly, and it could be just the playful nature between the two characters, but the film feels more like Rohmer just messing around, making a film, using themes that interest him.

Criterion also includes a new interview between Barbet Schroeder and Eric Rohmer, recorded by Criterion for this edition. This proves to be one of the most invaluable and lengthy features found in the set, running a staggering 84-minutes! It opens with Schroeder, speaking in English, giving a history of his company Les films du losange, and then cuts to him and Rohmer talking about their work together, which is conducted in French. Though there are no spoilers per se, I would recommend maybe watching it after you’ve seen all six films only because they do go over some structural choices in some of the films. At any rate, the two discuss in detail how each film came to be, explain why they were technically filmed out of order (the third film, My Night at Maud’s, was filmed after the fourth), talk about the original written stories (which were modified and adjusted) and the book, Six Moral Tales, the common themes that link the stories (which Rohmer claims he never really noticed while originally writing the stories), and what Rohmer means when he calls them moral tales. They also talk about the visual language, the cinematic techniques employed, the use of sound, the voice-over narration (where Schroeder asks Rohmer why he had Bertrand Tavernier do the voice-over for his character in the film), and more. The one drawback here is that it’s not the most dynamic interview to sit through for 84-minutes: it’s comprised primarily of long shots of the two at a table edited in with back and forth shots of the two. But the two seem excited to be talking about the films, leading to, at the very least, an engaging conversation that thoroughly covers the production of the films and the shared themes between them.

And that covers it. Though more material is spread out through the discs in the box set, Bakery’s lengthy interview is great all on its own.

Though only a small part of a rather impressive box set, the disc for The Bakery Girl of Monceau starts things off swimmingly, with a decent presentation and a great, lengthy interview between producer and director. 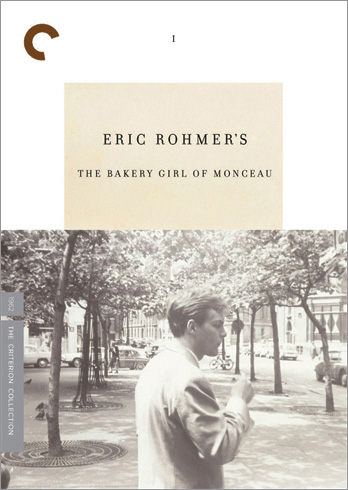