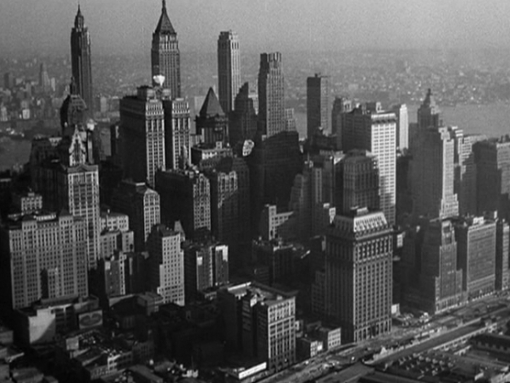 “There are eight million stories in the Naked City,” as the narrator immortally states at the close of this breathtakingly vivid film—and this is one of them. Master noir craftsman Jules Dassin and newspaperman-cum-producer Mark Hellinger’s dazzling police procedural, The Naked City, was shot entirely on location in New York. As influenced by Italian neorealism as American crime fiction, this double Academy Award winner remains a benchmark for naturalism in noir, living and breathing in the promises and perils of the Big Apple, from its lowest depths to its highest skyscrapers.

The Criterion Collection's 2007 DVD edition of Jules Dassin's The Naked City presents the film in the aspect ratio of 1.33:1 on a dual-layer disc. The standard-definition presentation comes from a high-definition restoration, which was scanned from a composite print. The image has been window-boxed.

At the time I was pleasantly surprised by the restoration and final presentation, but even then it was still open to improvement and its weaknesses are clearer now. The image is pretty sharp for the most part, a few shots looking a bit fuzzier and dupey. In general, though, detail is pretty high and even tighter patterns manage to come off fairly clear. The restoration work has managed to clean up a lot, but there are still a number of marks remaining, with scratches and other marks raining through consistently throughout the film. The frame also jumps around and pulsing comes up frequently.

The picture can also be a bit noisier than other standard-definition digital encodes of the period, but I've seen worse. Upscaled the image isn't too bad. Unfortunately the window-boxing is still fairly annoying.

The film has been passed around through the years, so it's a wonder it's held up. This still looks stronger than I had initially expected but it's certainly open to improvement. 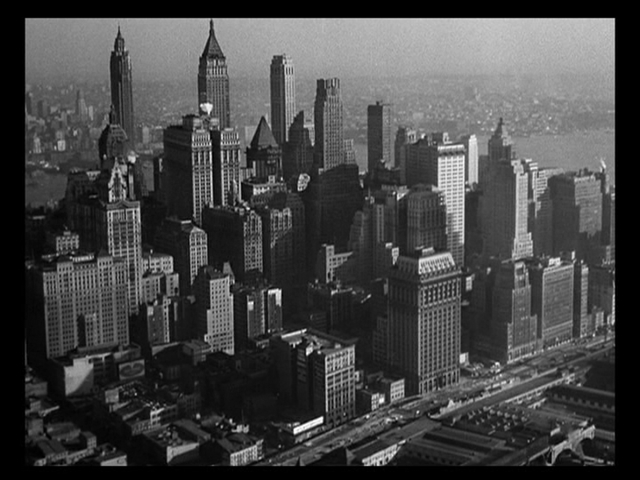 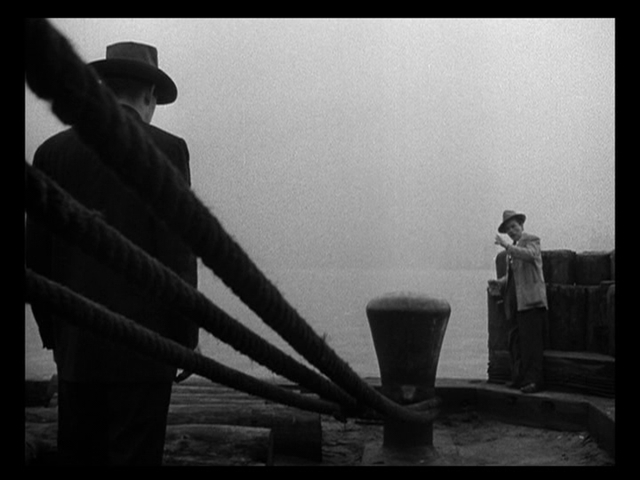 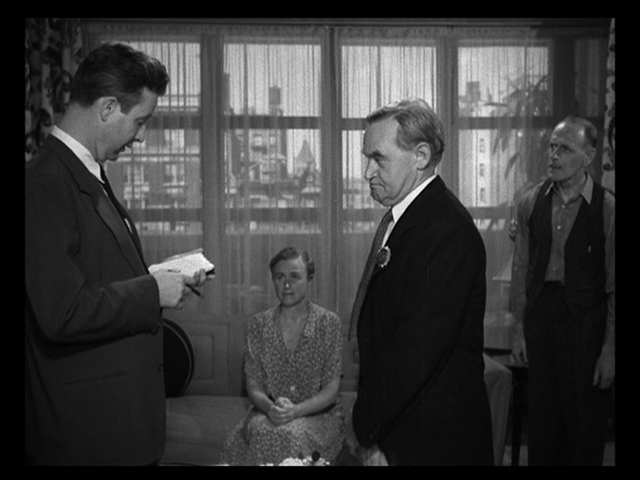 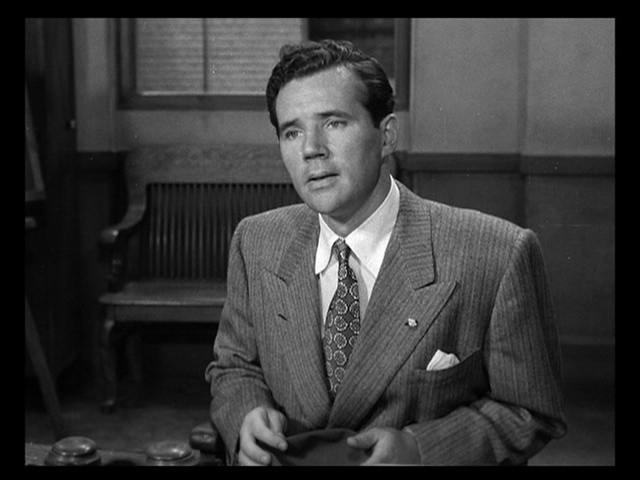 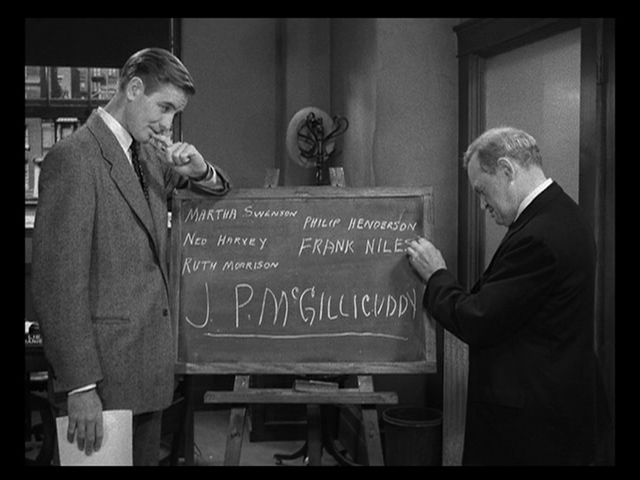 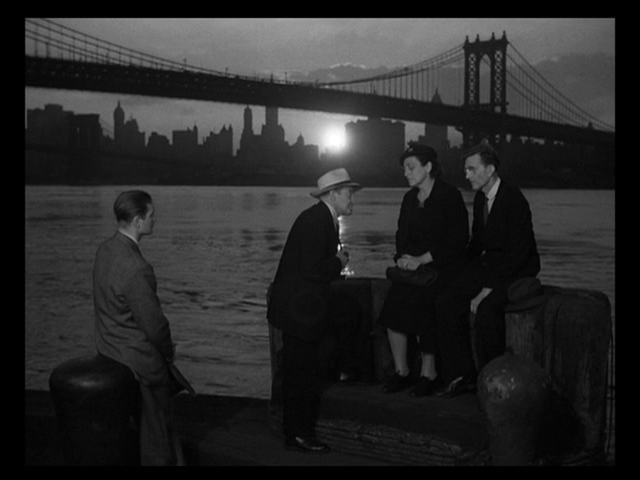 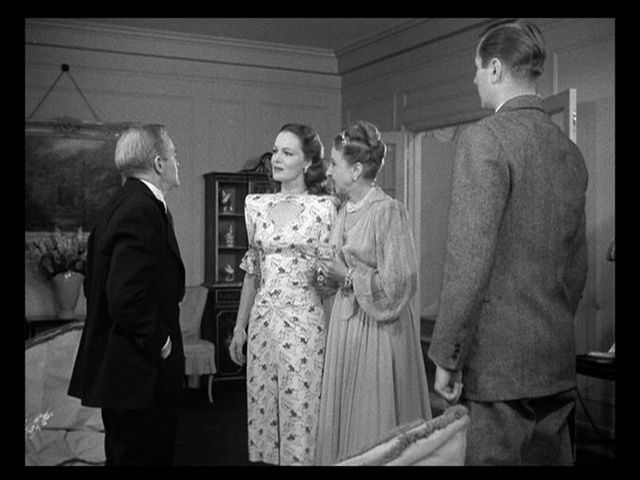 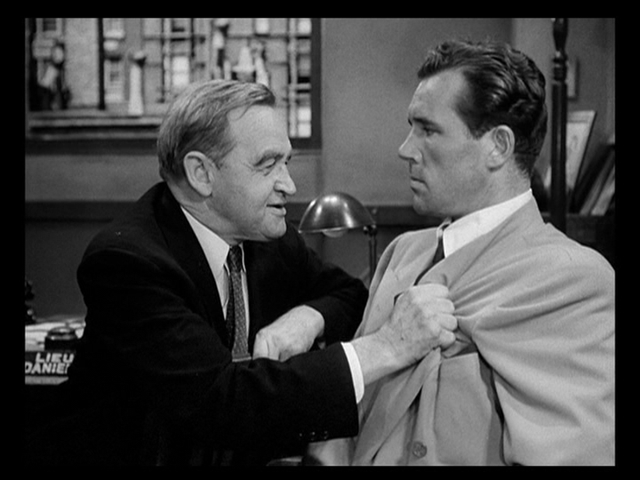 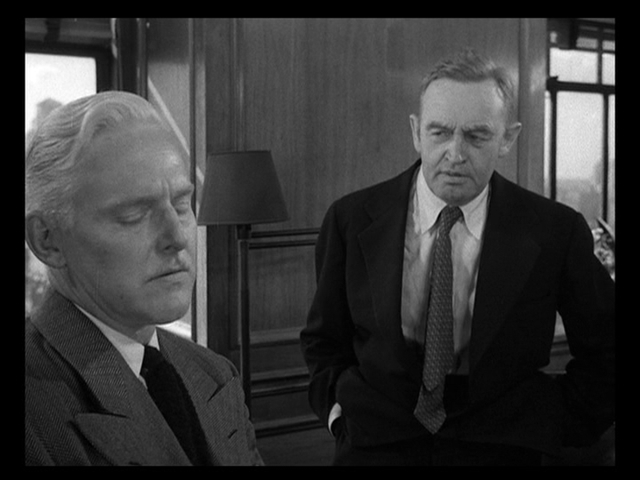 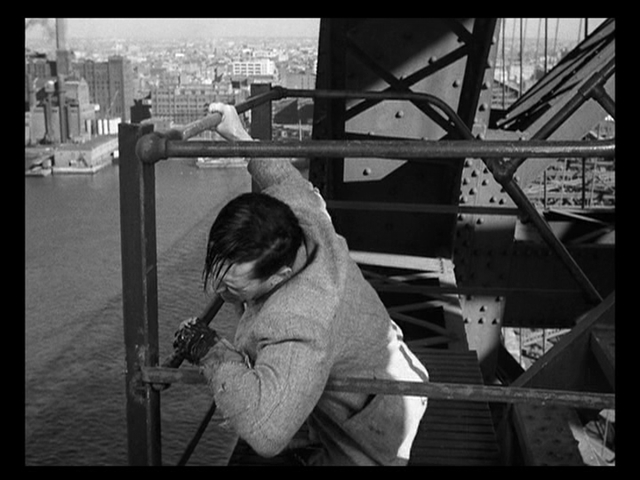 The Dolby Digital 1.0 monaural soundtrack is a bit flat and muffled: the narration is especially weak. Music is okay, but louder moments come off a bit harsher.

Criterion presents a small number of features for their edition, starting things off with audio commentary featuring The Naked City’s screenwriter, Malvin Wald. Wald does talk about how he, Dassin, and producer Mark Hellinger were intent on making a realistic police procedural, which called for focusing on the more mundane elements of police work: it wasn’t a thriller per-se, but an examination. He contextualizes this by talking about most crime films of the time, and then explaining the impact this film had (comparing it to how critics and audiences would have reacted to Pulp Fiction for example). He also talks about issues that arose because of the investigations by the House of Unamerican Activities Committee (which of course effected Dassin) and how this (and the fact the film showed the disparity between the wealthy and the poor) gave Universal cold feet on the film.

All of this, along with Wald going over his research, which included actual cases, is interesting, but Wald can unfortunately drone on at times, and I feel it’s because he’s just trying to fill the track. At best it’s probably best to sample the track, and one can use the chapter index for the commentary to touch on the subjects that interest them.

Things get better with the remaining supplements. Criterion provides two video interviews: a 28-minute one featuring film scholar Dana Polan and another, running 26-minutes, featuring author James Sanders. Polan’s contribution looks at the film in relation to other crime films of the time, particularly film noir, which this film doesn’t fall under he feels because, as a police procedural that follows the police, it offers a feeling of order and hope. He also looks at it in the context of the time period in which it was made and how the film shows a post-war America in relation to the family structure, economics, and so forth. He also gets a little into the impact the film had on crime films since, and even gets into the television series of the same name, which captured the redundancy of police work in that after a crime is solved the detectives just move on to the next case.

It's a good overall examination, though at first comes off lacking a focus. I preferred Sanders’ contribution and his observations on how the film makes use of New York and how it compares to New York’s presentation in previous films. Since films were rarely shot on location and produced in California, New York was always reconstructed on stage, which led to a mythical, fantasy-like quality. This film uses the real New York and creates a harsher environment, and Sanders admires how the filmmakers didn’t just use a small area of the city, but actually spread out and covered a vast area, which leads to representation of the various cultures and communities throughout. It’s a rather in-depth and fascinating look at the city at the time, as well as how it has been represented in Hollywood before and since.

Criterion then closes off the video supplements with a recording of discussion with Jules Dassin, which was conducted in front of an audience at the Los Angeles County Museum of Art (I assume for some retrospective) in 2004. It’s a very loose and surprisingly funny discussion with the director (he first-off reminds his audience he’s an American director, not a French one), who recounts his career and shares a number of stories around the production of his films. He doesn’t focus too long on any particular film, with The Naked City and Rififi receiving most of the allotted time, but it’s an enjoyable and fun inclusion.

The disc then closes with a small stills gallery that offers a collection of behind the scenes photos and promotional material. The disc also comes with a booklet, which features a short essay on the film and its production by Luc Sante, along with a reprint of a letter producer Mark Hellinger wrote to Dassin, addressing his concerns around the film’s ending. They actually didn’t have a solid ending, which is brought up in the commentary and Dassin’s interview, and Hellinger writes out his ideas for it here.

The supplements are solid for the most part, the commentary maybe being the weakest inclusion. Missing, though, is more around the television series that followed, along with material photography book Naked City by Arthur Fellig (aka, Weegee), which also inspired the film (both are only mentioned in passing throughout the features). Otherwise, the material is decent enough.

Good for the time the DVD has been bested by a recent Blu-ray edition from Criterion, which makes use of a sharp looking 4K restoration. 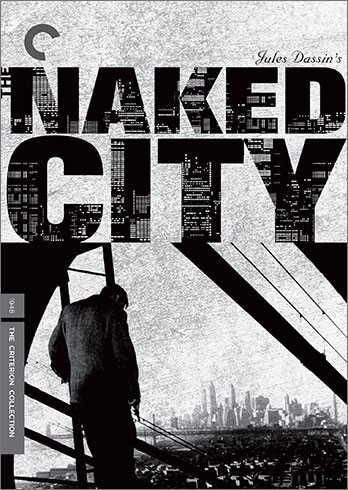