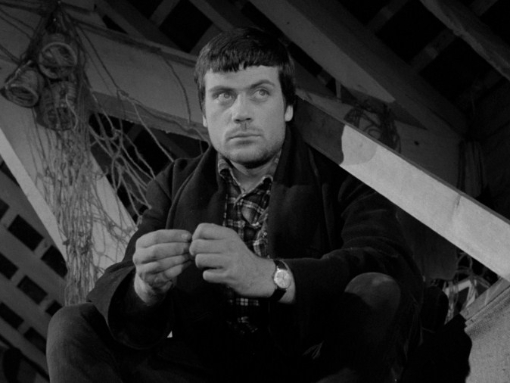 Enigmatic young Melina (Louise Sorel) has fallen in with a group of Chelsea beatniks, catching the attention of the gang's defiant leader Moise (Oliver Reed). But wild and drunken partying has terrible consequences, and when Melina's fiancé Carson (Clifford David) begins investigating, the shocking truth is soon revealed.

Written by Marc Behm (Help!) and scored by the legendary John Barry, this controversial film originally fell foul of the British Censors, forcing director Guy Hamilton to remove his name from the credits, but is now finally made available in its never-before-seen pre-release version.

BFI Video presents Guy Hamilton’s The Party’s Over in its original aspect ratio of 1.66:1 on the dual-layer Blu-ray disc, with the option of watching the film in its extended pre-release version or in its original theatrical version (thanks to seamless branching.) The transfers for both versions are presented in 1080p.

Since both versions are presented thanks to seamless branching the transfers look the same through much of the film, except for the additional scenes presented in the longer version. The black and white transfer is quite crisp and clean with strong, distinct gray levels, nice whites, and surprisingly deep blacks. Detail and definition is excellent and the picture remains sharp when the source allows.

The only fault really comes in the source materials used, though I’m sure BFI did everything they could. The theatrical version looks very clean through the entire presentation with just some mild damage scattered about. The longer pre-release version looks the same through a good chunk of its running time but when an extended or alternate sequence shows up damage can get very heavy, ranging from scratches and marks to jumping in the frame. This can last for a little while and then it will quickly go back to clean and practically spotless. This more than likely has to do with the source used and there wasn’t much that could be done. It sounds as though a negative was used for the theatrical version, and then in constructing the longer version BFI pulled material from another print, in far worse shape, and worked it into the theatrical version where it belongs. It’s unfortunately noticeable but isn’t a deal breaker in any way, especially since these sequences are fairly brief. As a note the film does open with some fairly heavy damage present (when watching the longer version at least) but don’t fret because the picture does improve drastically.

Past the material BFI has done a lovely job. It looks natural, isn’t worked over, and it’s quite clean through most of it’s running time.

(This edition also comes with a DVD containing the extended version. Though this review is simply sticking to the Blu-ray I will say the DVD transfer looks to come from the same high-def transfer as the Blu-ray, only downscaled. It is enhanced for widescreen televisions. Only the complete extended version is included on the DVD. The Blu-ray is region free and should play on all players; I had no issues with my PS3. The DVD is region free but is presented in PAL.) 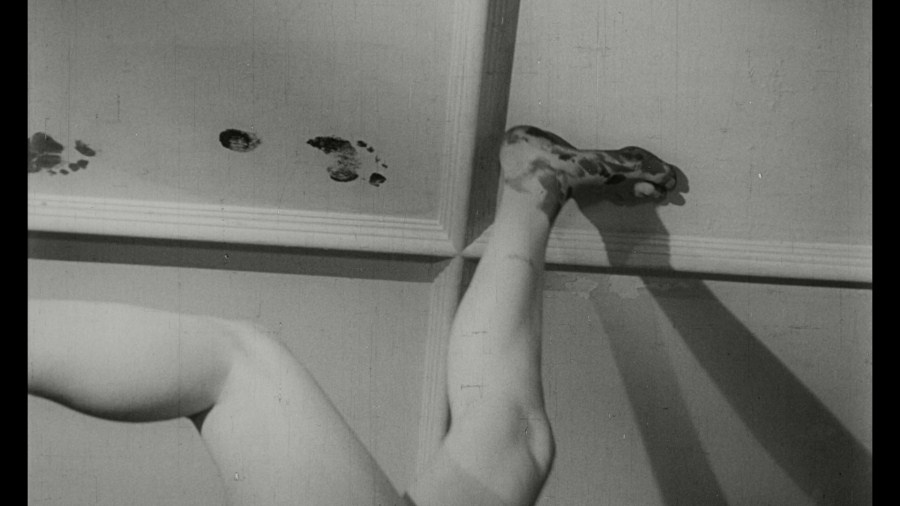 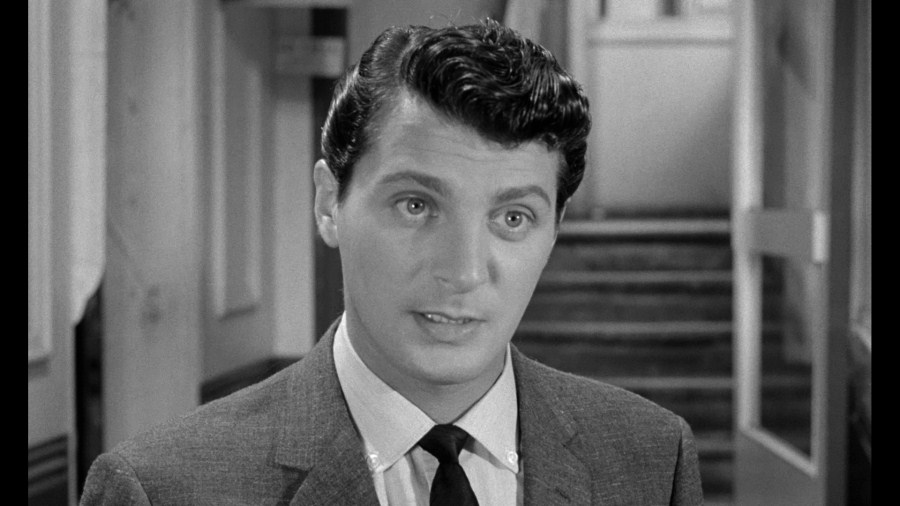 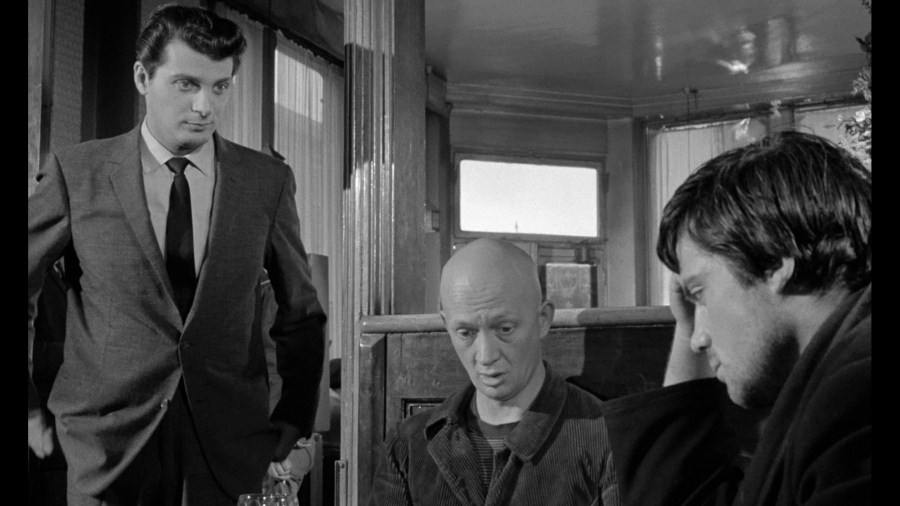 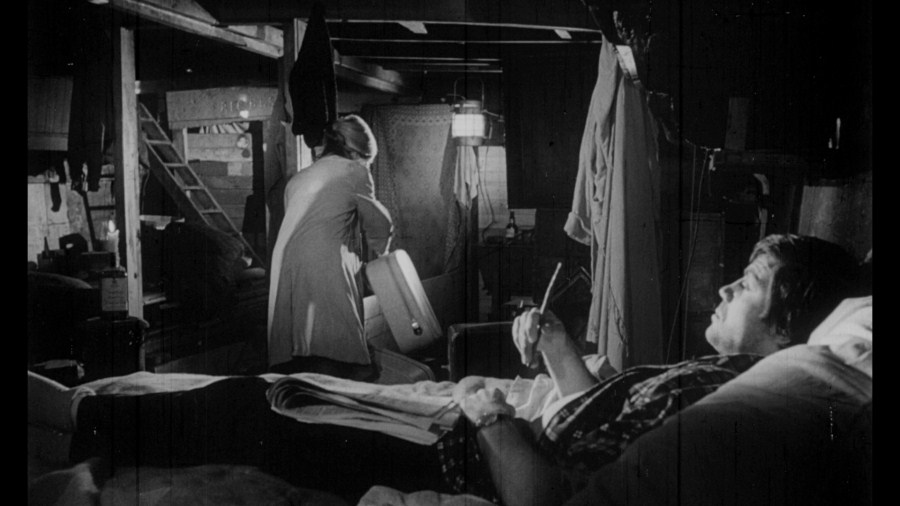 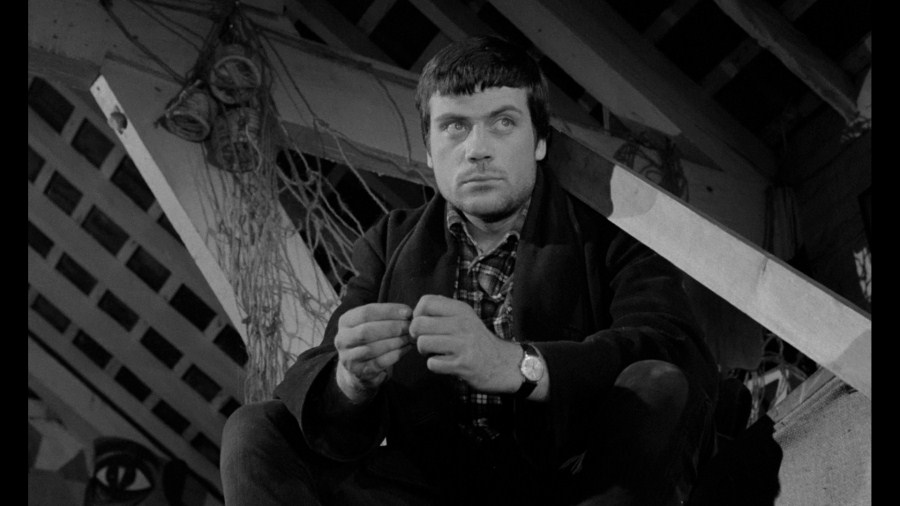 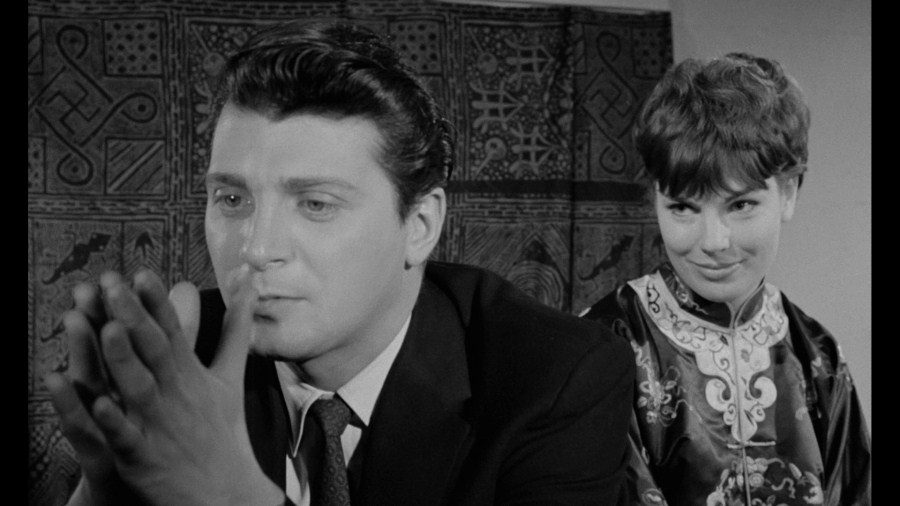 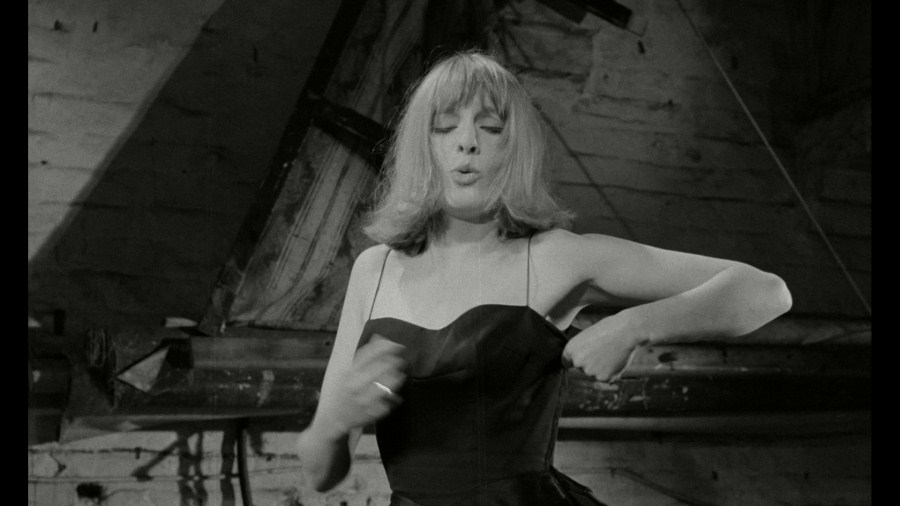 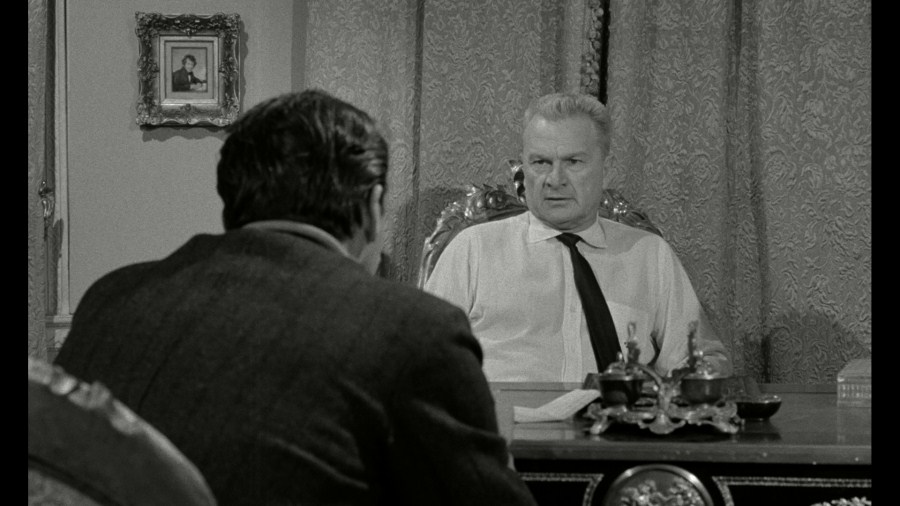 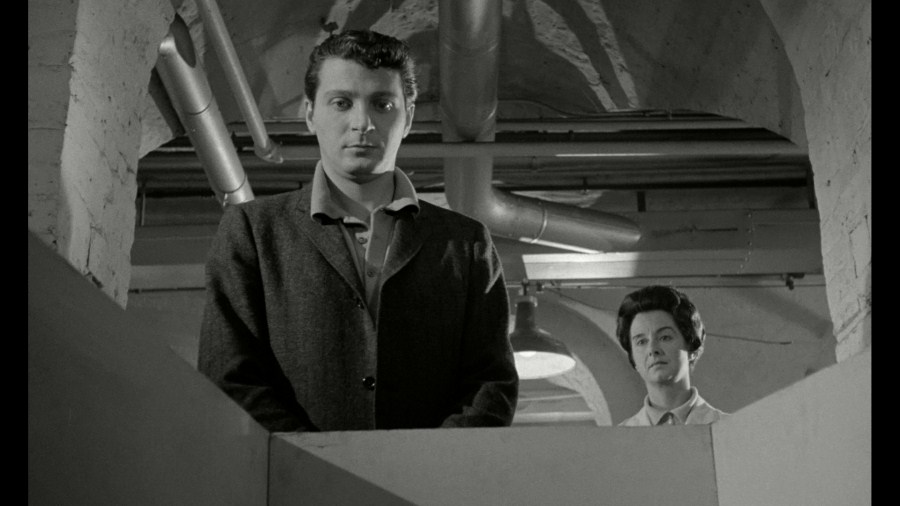 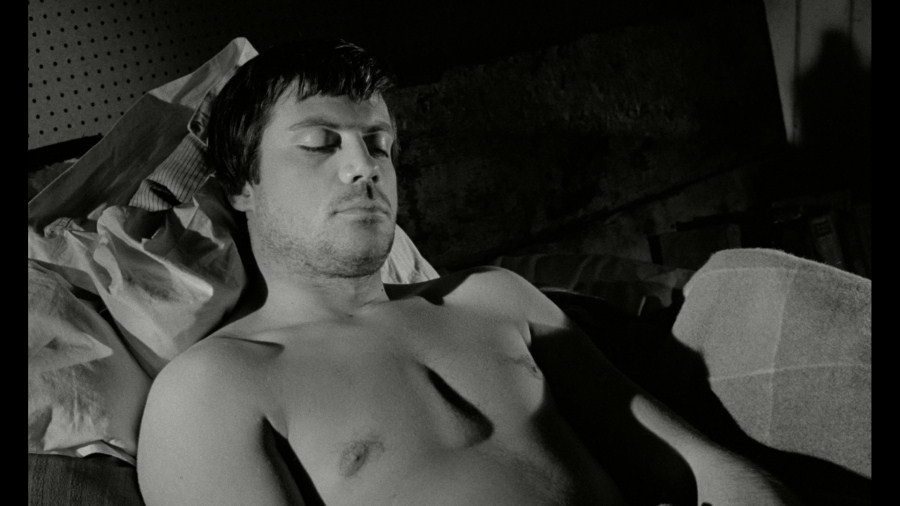 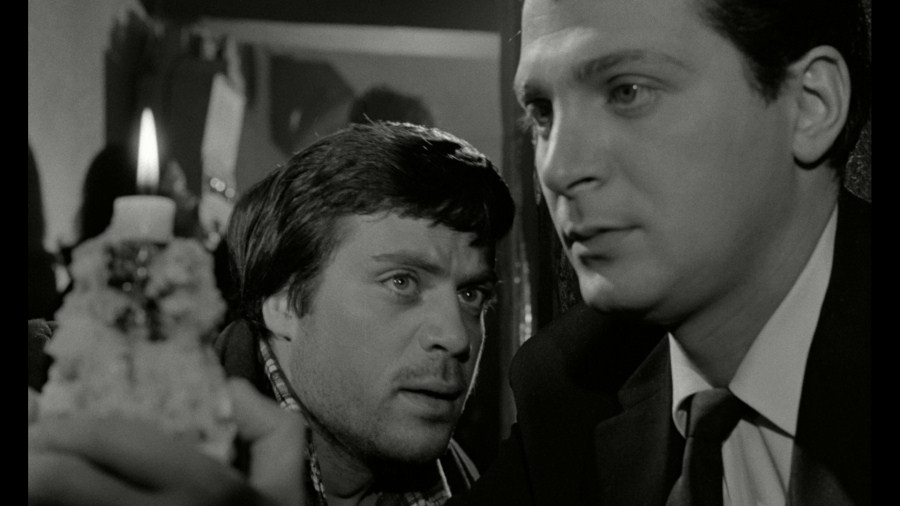 I can’t say the lossless PCM mono track was anything special but I also can’t say I was expecting much. Voices sound clean, music sounds fairly good if hollow, and the track does sound to be free of distortion. Some of the additional sequences from the longer version do sound a little rough, but they didn't register too much of a difference.

There are a few extras included here. The Blu-ray contains the alternate theatrical version, which is a few minutes shorter than the main feature. It has a few trims and a couple of alternate sequences, most notably the opening and the ending, which also has a slightly different tone to it. Some more “gratuitous” sequences have been chopped are changed around a little. I think it’s more of a curiosity since I would stick with the main feature.

BFI have also included two short films: First is The Party, a 16-minute film that follows a young man who meets a girl at a party only to embarass himself. It’s not particularly good but it’s not without it’s super-indie charms. The second film, Emma is quite a bit better. At 12-minutes this heavily-symbolic film follows a young girl as she ventures into a cemetery, meets a young boy, and, well, I guess I can’t say without ruining it. With no dialogue, moved by a rather upbeat score, it has a definite effect on the viewer, especially in its sudden ending. Both are presented in 1080p and have been restored decently enough, though Emma is the better of the two.

And as usual, BFI includes one of their fantastic booklets. We first get a rather engaging essay on the film by Andrew Roberts followed by a note on the film and its history by Guy Hamilton (written in March of 2010.) BFI then includes notes explaining the versions of the film on the Blu-ray, as well as a note on the cuts/additions and general differences between the two different versions. William Fowler then offers an essay on the film and its presentation of Beatnik culture, BFI offers a brief bio about director Guy Hamilton, and then concludes with some notes on the two short film, and then the transfer for The Party’s Over. Scattered throughout the booklet are photos and copies of lobby cards. Another great booklet that offers a lot of value to this edition.

In all not much, but the short films were intriguing and the booklet is excellent.

A rather fascinating film that teeters close to “educational” warning piece but never really crosses it. It has some excellent performances and a fairly intriguing storyline. BFI’s Blu-ray is of exceptional (no surprise really) presenting a rather stunning transfer for what is yet again a film doomed to be forgotten. Another fantastic release and one that comes hightly recommended. 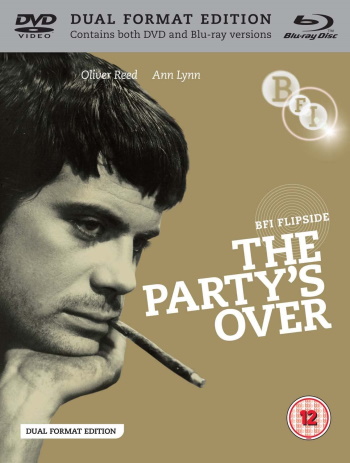