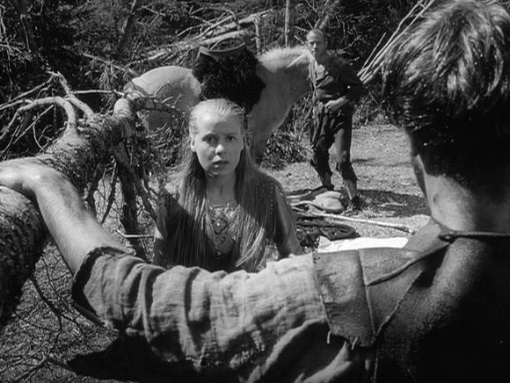 Winner of the Academy Award for Best Foreign Language Film, Ingmar Bergman’s The Virgin Spring is a harrowing tale of faith, revenge, and savagery in medieval Sweden. Starring frequent Bergman collaborator and screen icon Max von Sydow, the film is both beautiful and cruel in its depiction of a world teetering between paganism and Christianity, and of one father’s need to avenge the death of a child.

The Virgin Spring is presented in its original aspect ratio of 1.33:1 on this dual-layered disc and the image for it is excellent.

The image is unfortunately picture-boxed, and if I recall correctly it was around the time this DVD was released when Criterion started doing this with most of their 1.33:1 titles. It’s unfortunate but the video transfer still looks quite strong.

What first grabbed my attention were the blacks. Bergman’s use of shadows in the film is captured perfectly in this release. I wouldn’t call the blacks pure but they’re strong and contrast is perfect. Whites look great and gray levels are wonderful. Sharpness and detail are both pretty strong all throughout the film and the print has been cleaned up to near-perfection. In all this transfer looks absolutely wonderful. 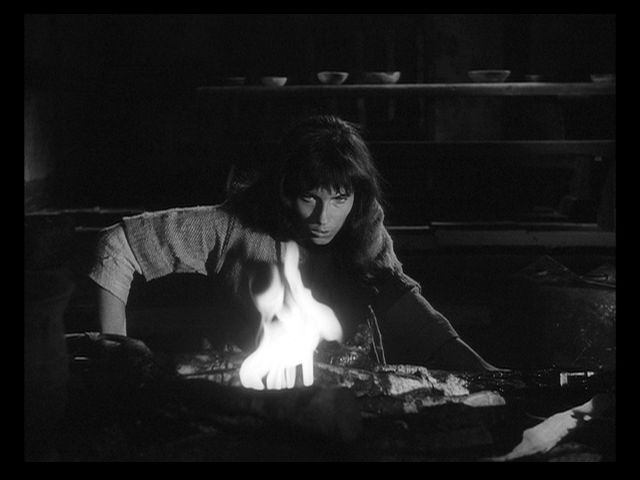 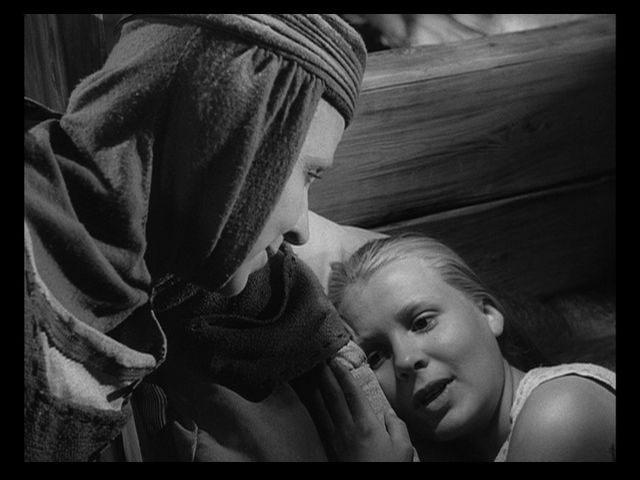 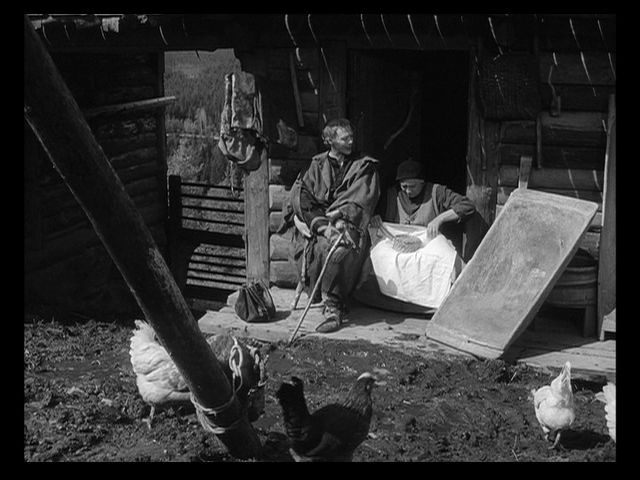 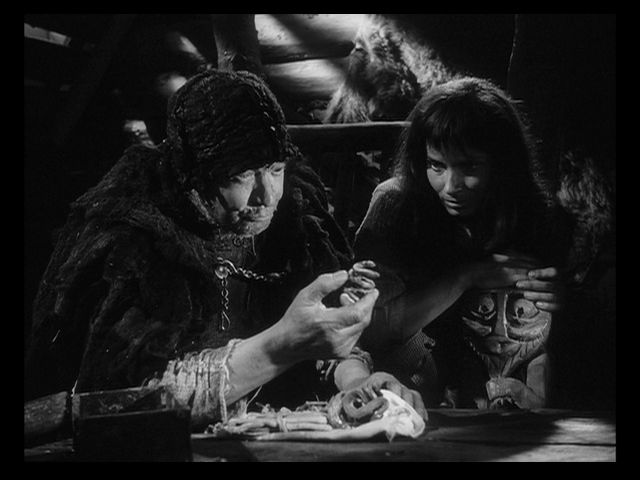 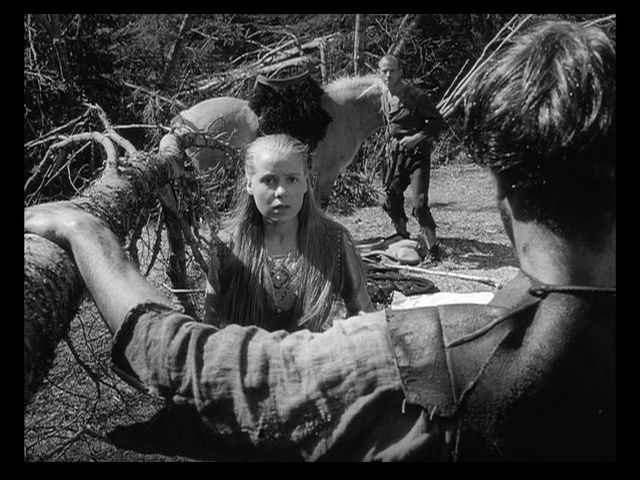 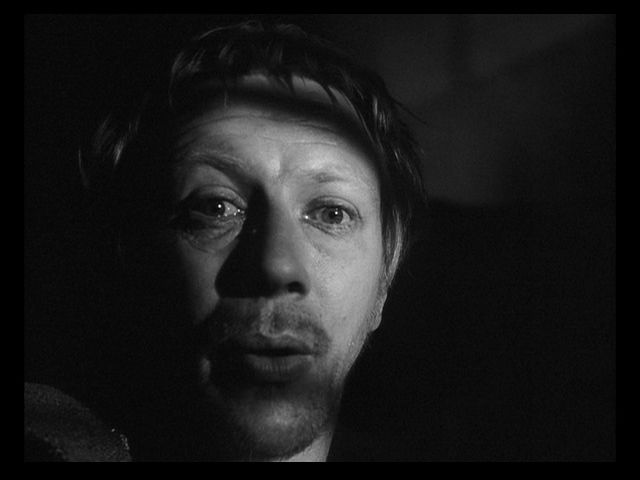 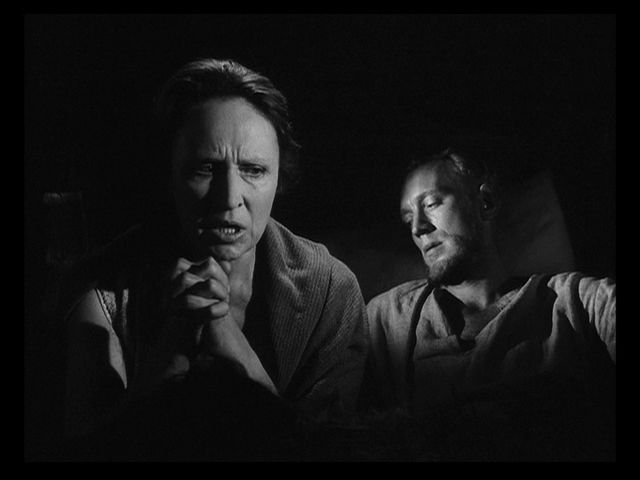 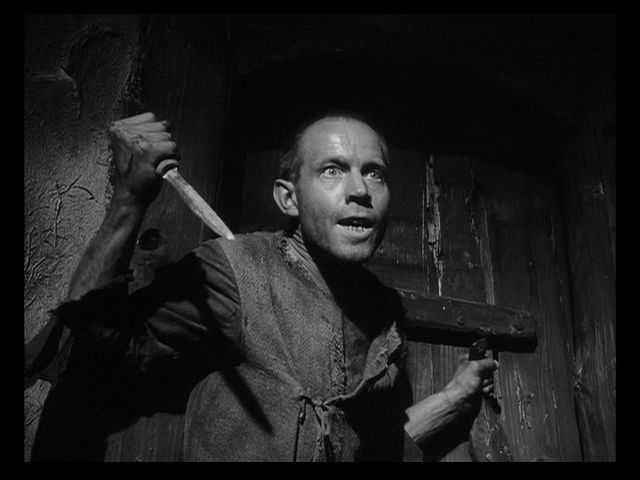 Like with pretty much all of their releases for Bergman’s films (almost) Criterion includes both the original Swedish track, as well as the English dubbed track, both presented in Dolby Digital 1.0 Mono. The Swedish track has really been cleaned up. Voices sound clear and crisp, and the what little music we get sounds very clean. Background effects, like bird chirps, are very clear.

The English track, on the other hand, leaves a bit to be desired. I was a little confused because I didn’t notice too much of a difference between the music and sound effects when comparing to the Swedish track, but the voices sound much weaker, and are somewhat distorted, sounding hollow.

I do question Criterion including optional English tracks sometimes, unless it offers something interesting to the film’s history (like their inclusion of the English track on their Contempt DVD, which showed how the American distributor still found a way to get around Godard’s purposeful attempt at making it harder to add an English dub.) With this release, though, and other Bergman releases I don’t see much of a point, especially since Criterion’s target audience usually spits at the idea of listening to an “alternate” language track. But thankfully they at least put their all of their remastering efforts into the original track.

A single-disc release, Criterion still packs on a few supplements, though in the end I was disappointed overall with them.

First is a 7-minute introduction by director Ang Lee. It’s actually an interesting interview with Lee but am not too sure why they bothered to include it. Lee discusses when he first saw the film and the impact it had on him. It was his first “art film” and it showed him that movies could be more than just stories, but could also make you “feel and think.” He says that the film really did influence his style of movie-making today. It’s a decent interview with Lee, but it’s not one I would recommend you have to look at (and definitely don’t look at it if you haven’t seen the film yet as, like the menu warns, it does contain spoilers.) I found it to be more about Lee rather than The Virgin Spring. This feature has been enhanced for widescreen televisions.

Next up on the menu is an audio commentary by Bergman scholar Birgitta Steene. It’s a decent commentary track, but I think I would have preferred a Cowie track (and I’m not sure if that’s actually a good thing or a bad thing.) She talks about the pagan/Christian set up in the film, and also points out beliefs of the time, which did help me improve my understanding of some moments in the film (like the use of the toad early on.) There’s plenty of standard material one would expect, such as the filming techniques, the look of the film, Bergman’s influences (Kurosawa seems to have been an influence for this one) and its place in his filmography. There are some interesting tid bits, like how Bergman intended this film to be the first of his trilogy (which was made up of Through a Glass Darkly, Winter Light and The Silence) but he changed his mind later, and she also touches on its reception throughout the world (the U.S., where it won the Academy Award for Best Foreign Film, seeming to have received it better than most other places, including Sweden.) It has its moments but I didn’t feel it offered too deep an insight into the film or offer anything new about Bergman’s career to truly warrant it as a track one had to listen to.

Running a little over 20-minutes the next feature, presented in anamorphic widescreen, is an interview with actresses Gunnel Lindblom and Birgitta Petersson. They talk about the characters they played in the film, and also touch on the basis of the story. They mention what it’s like to work with Bergman in theater and on film, how he likes to work with his actors, and the friendship he usually develops with them. Birgitta talks a little bit about the rape sequence and how it was only not hard on her, but may have been even harder on the men during that sequence. It’s actually a fairly informative interview and worth watching.

The best feature, though, may be the 40-minutes worth of audio from an October 31st, 1975 Q&A session with Bergman at the American Film Institute. In this segment (edited down, according to Criterion) Bergman talks with who I assume are members of the press about his techniques, including how he works with the actors, his characters, and that if he has nothing to say there is no point in making the film. It’s in English, and he does occasionally question his English. But it’s a very good clip and an excellent interview with Bergman. It’s presented over a menu displaying six chapter stops.

Rounding out the release is a 28-page booklet containing a variety of things. An essay by Peter Cowie offers an analysis of the film. From the press book for the American release are notes by Swedish author Ulla Isaksson, who writes about the film and the ballad on which it is based. The ballad itself, “Tore’s Daughter at Vanze” is also included, sections of which are read by Steene in the commentary. And then finally there is a brief bit about the censoring of the rape sequence, including a letter from Bergman who explains the sequence.

All together the supplements are a little disappointing, but I found the interviews with Lindblom and Petersson rather interesting, as well as the audio supplement featuring Bergman. These two, along with the booklet, were worth the time going through.

If it were at the lower price point this would be an easier recommendation from me, as the transfer would more than be worth it. At the higher $39.95 I can only really recommend the release to true fans of Bergman’s films or this film in general. They’ll be more than happy to have the excellent transfer for this film, but they may find the supplements less than fulfilling. Decent but disappointing. 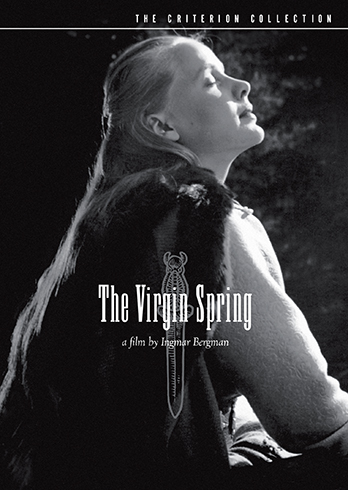