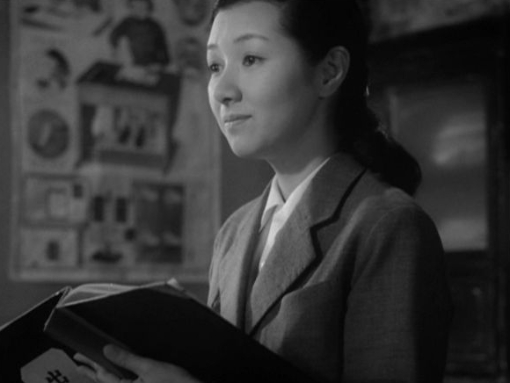 Keisuke Kinoshita’s Twenty-Four Eyes (Nijushi no hitomi) is an elegant, emotional chronicle of a teacher’s unwavering commitment to her students, her profession, and her sense of morality. Set in a remote, rural island community and spanning decades of Japanese history, from 1928 through World War II and beyond, Kinoshita’s film takes a simultaneously sober and sentimental look at the epic themes of aging, war, and death, all from the lovingly intimate perspective of Hisako Oshi (Hideko Takamine), as she watches her pupils grow and deal with life’s harsh realities. Though little known in the United States, Twenty-Four Eyes is one of Japan’s most popular and enduring classics.

Criterion presents Twenty-four Eyes in its original aspect ratio of 1.33:1 on this dual-layered disc, unfortunately also picture-boxing the image.

The source materials have probably seen better days. The print used presents plenty of scratches that rain through a lot of sequences, transitions presenting an even heavier amount. Blotches appear every once in a while, and specs of debris and hairs also make appearances. These issues don’t take away from viewing the film and are not distracting in the least but they still make their presence obvious.

Contrast is decent, though during some of the darker interior shots the film can look a little washed and murky. Brighter sequences look very good, presenting excellent whites and grays. Sharpness and detail is decent but nothing exemplary.

I haven’t seen any of the other DVD releases for this film but by the sounds of it, from looking up information on those releases, they were also limited by the source materials. The damage is pretty extensive and only so much can be done so anybody expecting a super clean transfer will be disappointed. For those that don’t own one of the previous releases, though, I wouldn’t let that stop you. The digital transfer itself is still very good and the film is still quite watchable. 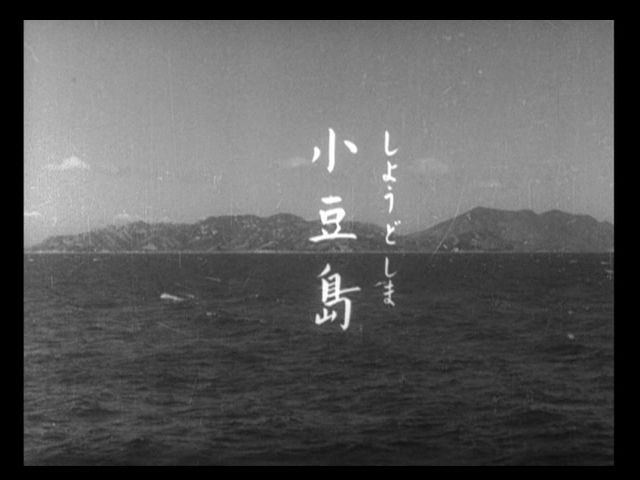 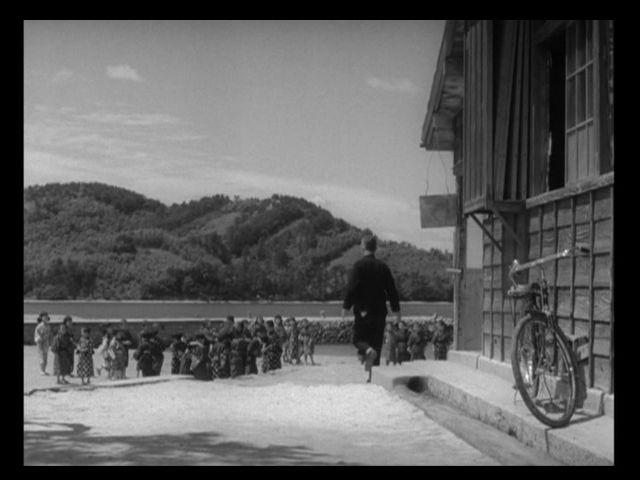 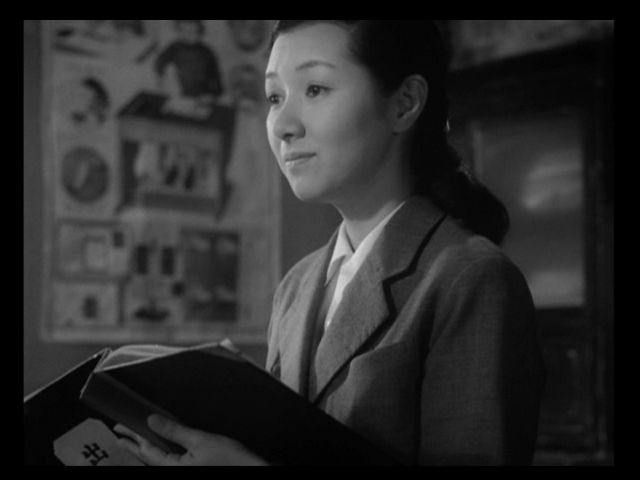 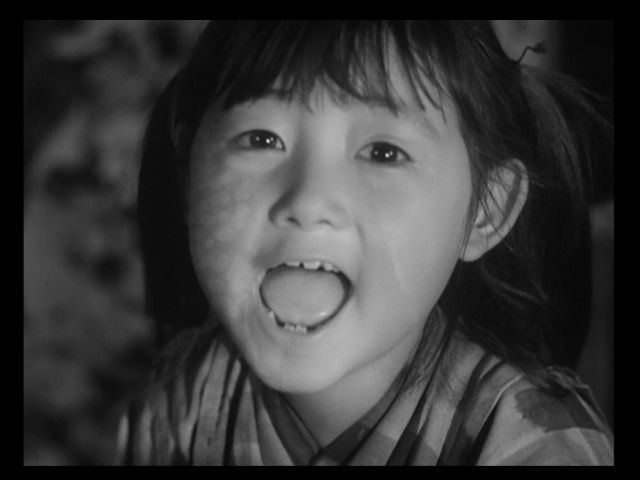 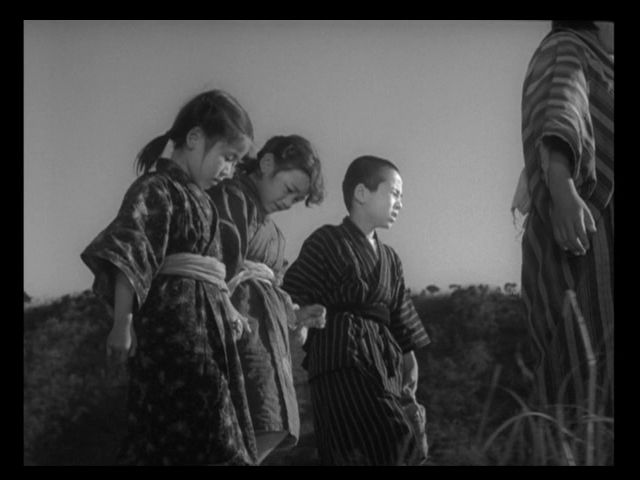 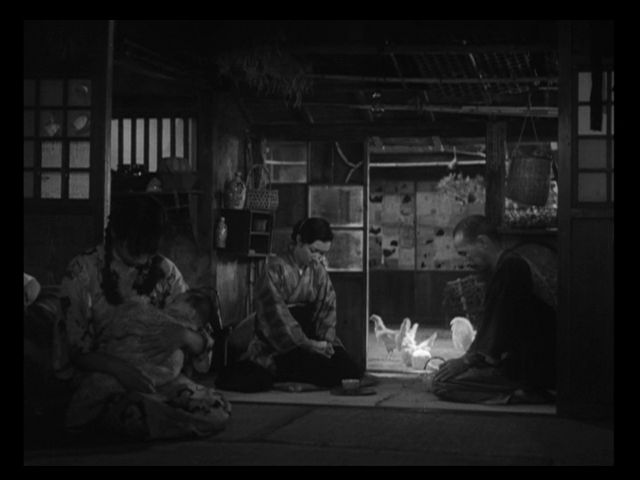 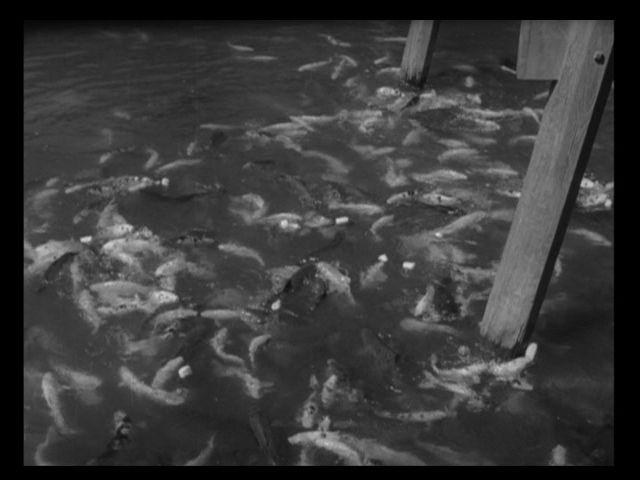 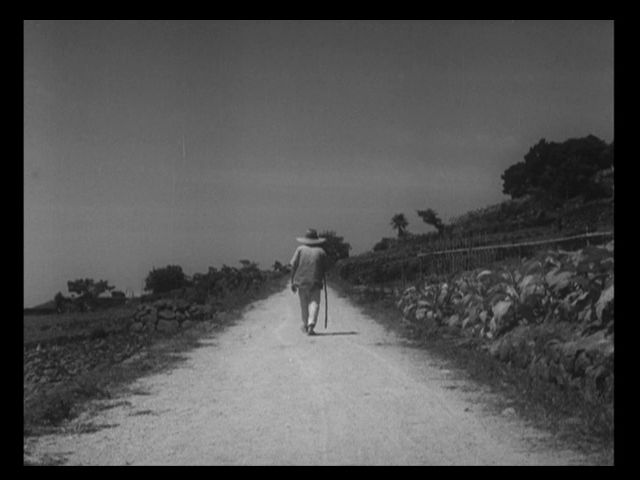 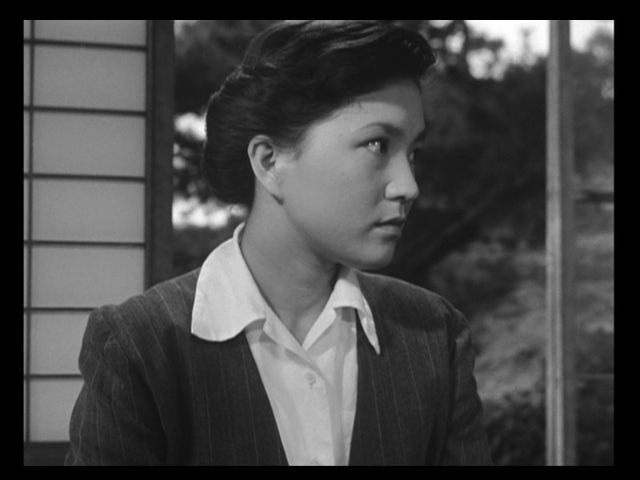 The audio for the film, presented in Dolby Digital mono, also presents some problems, though it can be blamed again on the source materials. There’s a noticeable scratchy/gravelly noise in the background of the track that varies in volume throughout. Voices come off a little harsh as does music, which also gets a little screechy at times. It’s not hard to listen to overall but it’s still nowhere near as clean as some of Criterion’s other recent mono tracks.

This release was originally announced as a two-disc set in their higher price point, containing only a couple of supplements such as an interview with the director and an interview with Japanese cinema historian Tadao Sato. I can only guess that the reason for the second disc with only two substantial supplements had to do with the length of the film, running 156-minutes, which takes up a good chunk of the DVD. Criterion eventually dropped one of the supplements (unfortunately it was the interview with the director, Keisuke Kinoshita) to keep everything on one disc and in the lower price point.

Running about 19-minutes and presented in anamorphic widescreen (and in Japanese with English subtitles) the interview with Tadao Sato touches briefly on director Kinoshita’s career (his films were so successful that the studio gave him a vacation in Paris) and gets into the popularity of the film and how after World War II, the country’s morale being rather low, the film hit the right nerve with the public making it a hit. He also offers some “making-of” notes, most interestingly on the casting of the children, Kinoshita casting brothers and sisters with a 5 to 7 year age difference to play the children at different ages. He also tried his best to cast adults that looked like the children (even just grabbing crew members) for their adult years. Excellent interview worth watching.

Closing off the release is the booklet containing a decent sized essay by Audie Bock, who gives an analysis of the film and expands on its impact with the public still feeling lost after the war.

I liked this release and give it a recommendation to those that don’t already own the film on DVD. The picture has its problems because of the source, and the audio isn’t one of Criterion’s better sounding tracks, but the presentation is still quite watchable and the interview with Sato nicely rounds up the release. 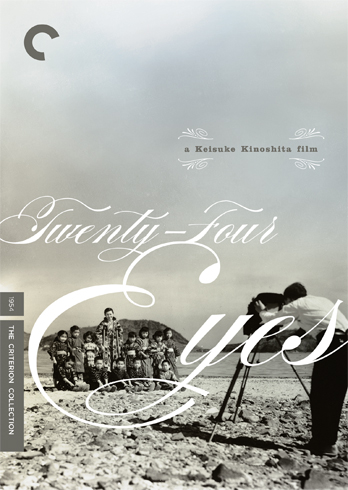 The Ballad of Narayama (Blu-ray)