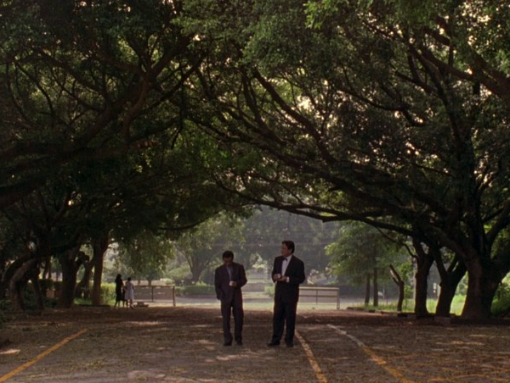 The extraordinary, internationally embraced Yi Yi (A One and a Two . . .), directed by the late Taiwanese master Edward Yang, follows a middle-class family in Taipei over the course of one year, beginning with a wedding and ending with a funeral. Whether chronicling middle-age father NJ’s tentative flirtations with an old flame or precocious young son Yang-Yang’s attempts at capturing reality with his beloved camera, the filmmaker deftly imbues every gorgeous frame with a compassionate clarity. Warm, sprawling, and dazzling, this intimate epic is one of the undisputed masterworks of the new century.

Edward Yang’s Yi Yi comes to Blu-ray from Criterion in a 1080p/24hz transfer on this dual-layer disc presented in its original aspect ratio of 1.85:1.

The previous edition released on DVD by Criterion in 2006 presented a nice image but was littered with compression artifacts. The new Blu-ray loses that issue and comes off much smoother and more film like, with better, more natural looking film grain and some improved details. Having said that the image still lacks a bit in definition and can look fuzzy around the edges, but considering the decent clarity of the film grain I’m guessing this is an artifact from filming or at the very least the source materials.

Colours do pop a little more here in comparison to the DVD, and reds look deeper and purer. Blacks are fairly deep but can look crushed in some of the external night sequences.

Despite its problems it’s still much better than the Criterion DVD, and a vast improvement over the awful Fox Lorber release (for those that still own that one.) I think many will still find the upgrade worth it somewhat just for the smoother image. 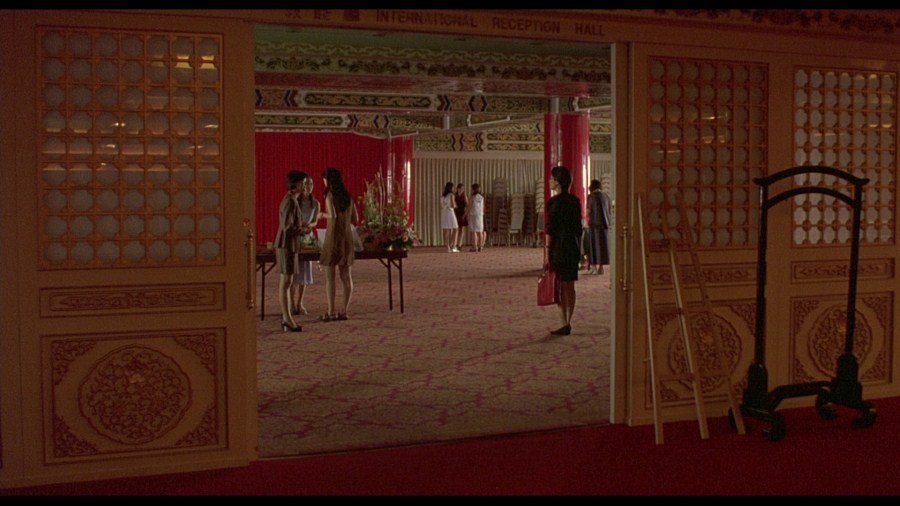 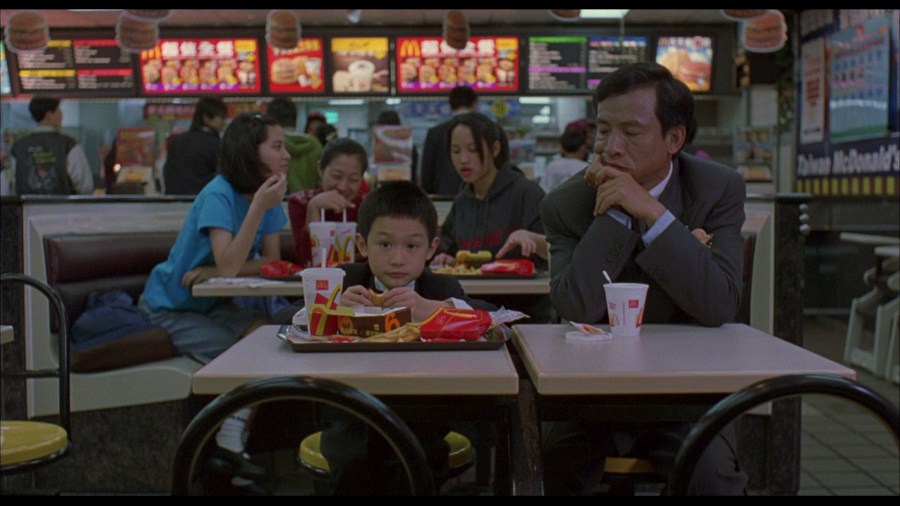 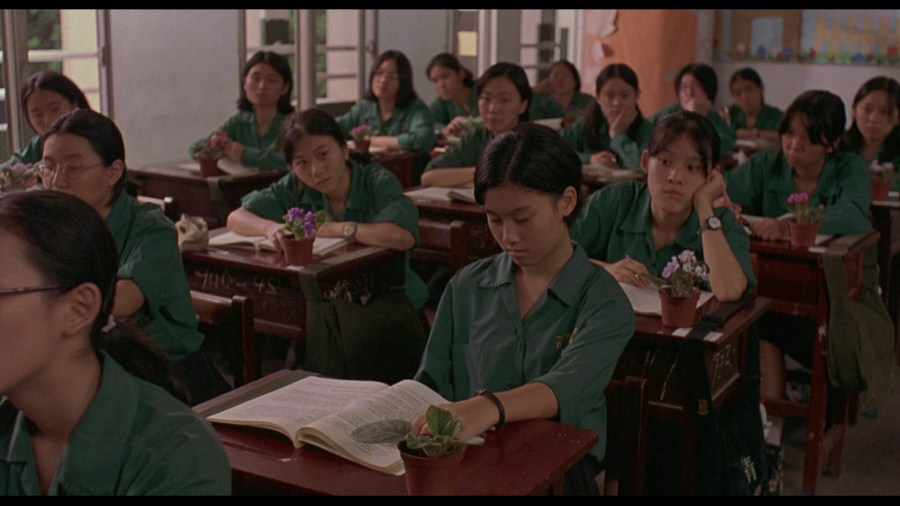 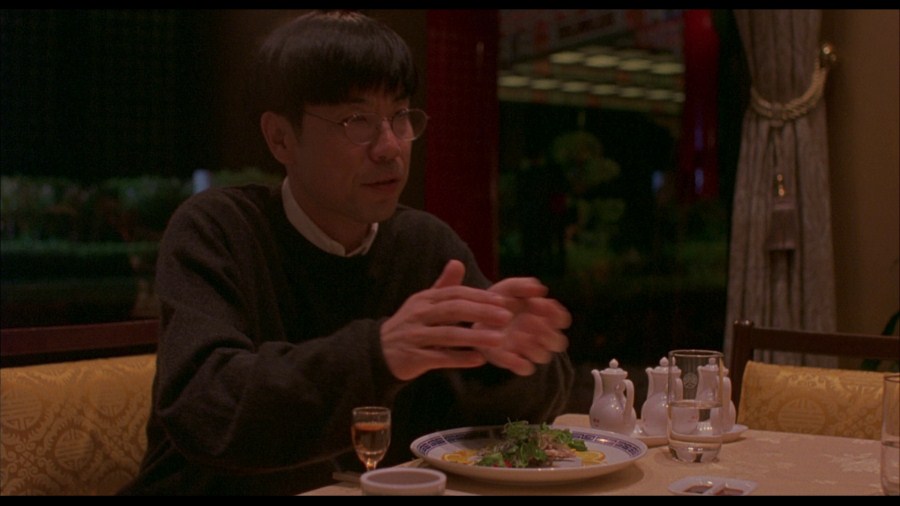 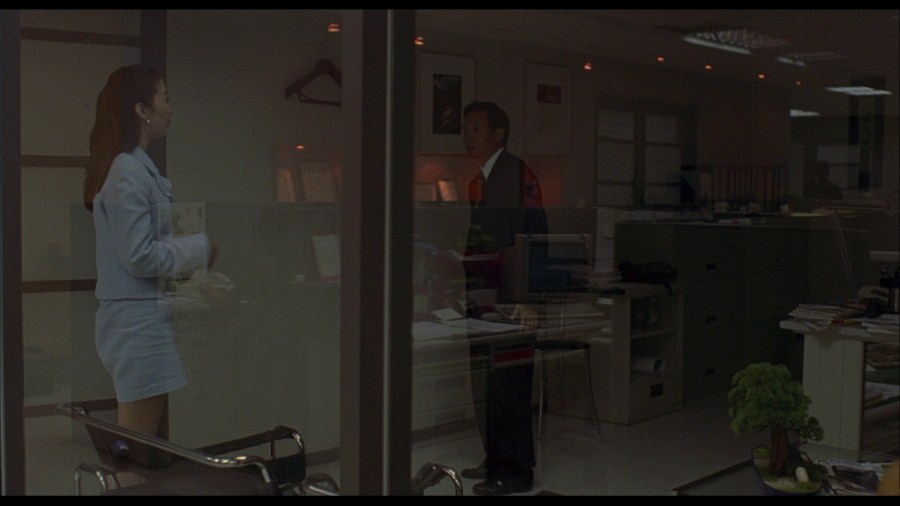 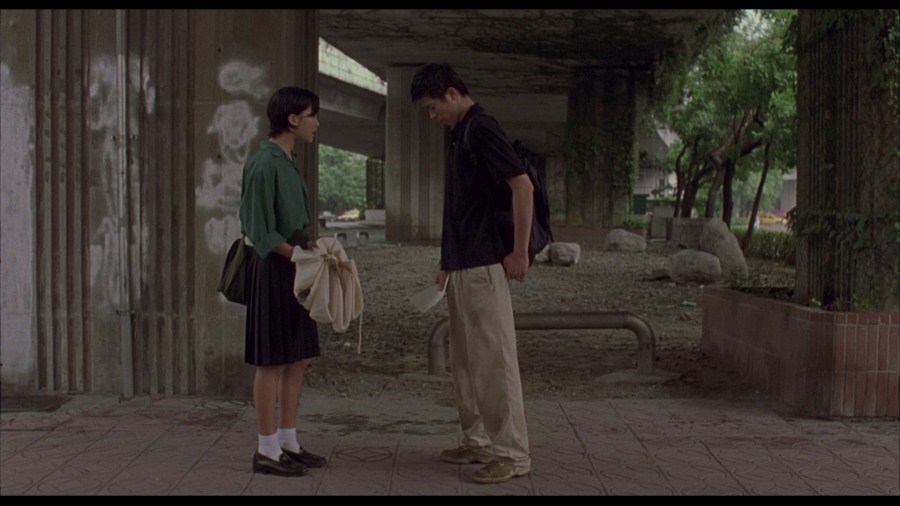 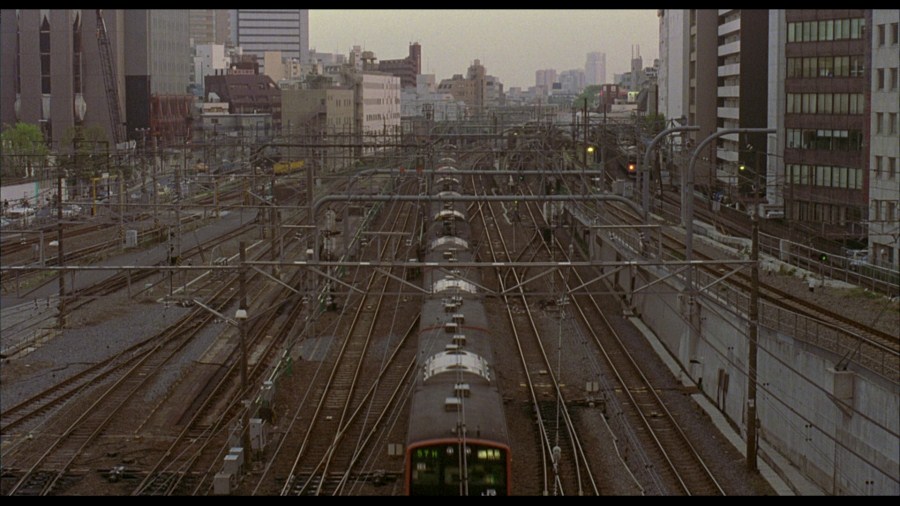 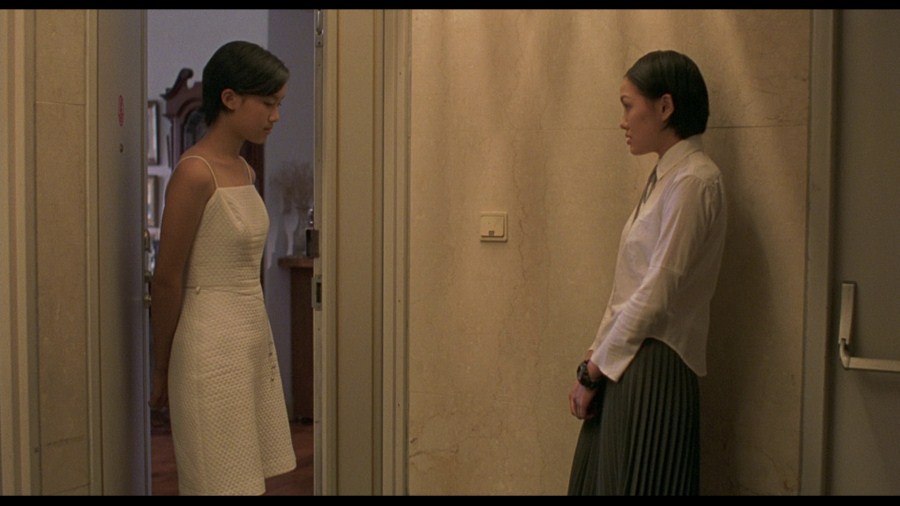 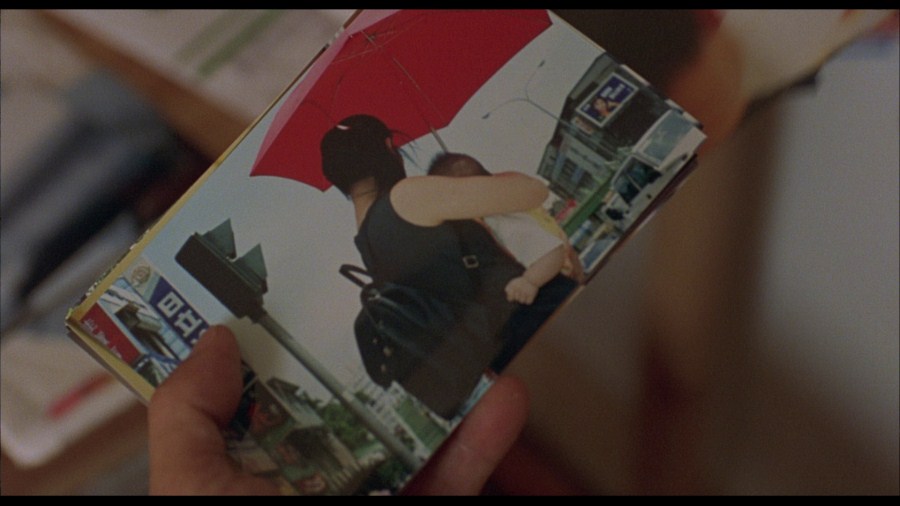 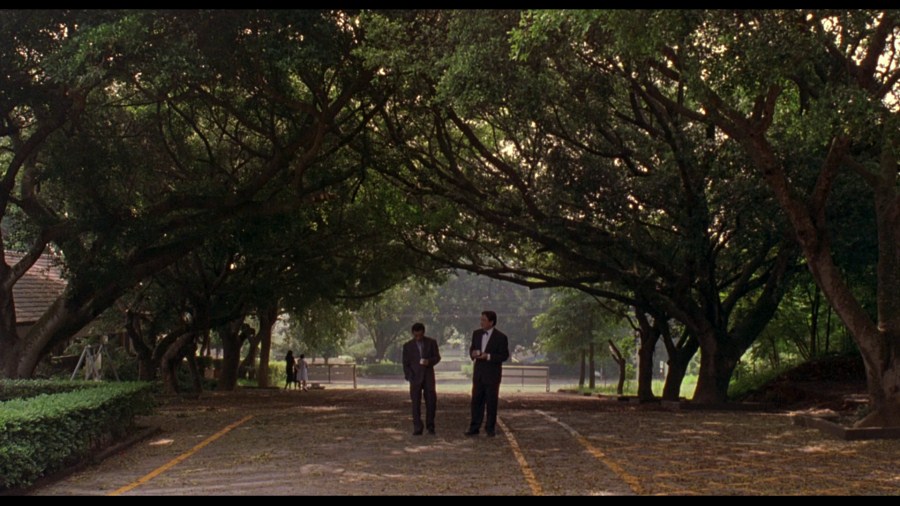 Criterion upgrades the Dolby Surround track on the previous DVD to a 2.0 DTS-HS MA surround track here. The lossless track does present a subtle improvement with more depth, range, and better volume levels. Music is sharp and clear as is dialogue. Music and some effects make it to the rear speakers but the track generally remains in the fronts. Overall it’s clear and effective for the film.

Everything has made it over from the Criterion DVD, though there wasn’t that much to begin with.

Again we get an audio commentary featuring film scholar Tony Rayns and director Edward Yang together, which I believe was originally recorded for another DVD edition. It’s a pleasant track and surprisingly breezy for being just shy of 3 hours. Rayns appears to be there possibly to coax Yang along but Yang is surprisingly talkative and I feel he actually takes up most of the running time. Rayns constantly asks Yang questions throughout, whether technical in nature or about the story or characters. Yang freely shares his reasoning for the choices he made and offers many insights on his ideas of filmmaking. The two also talk about the state of Taiwanese cinema, the actors, Yang’s previous films, and even reminisce on their own personal visits to Japan. Rayns offers his own thoughts on the film but this is primarily Yang’s show and is more technical in nature than scholarly. Still, it’s a rather enlightening and even entertaining track.

Other than the 2-minute theatrical trailer the only other feature is a 15-minute interview with Tony Rayns on his own, talking about Taiwanese cinema and its history, from its early days in the 50s, where it was used more for propaganda, to the 80s where there was rebirth of sorts in the New Taiwanese Cinema movement. Here Rayns talks about various directors including Yang and, to an even greater extend, Hou Hsiao-Hsien. An interesting crash course but it does ultimately feel very brief (and despite the 15-minute length it has still been divided into 8 chapters.)

The booklet then carries over an excellent essay on the film by Kent Jones and then a small collection of notes on the film by Edward Yang about the title and casting, some of which is mentioned in the commentary.

The commentary is good but it’s still a fairly barebones edition. This aspect was disappointing when Criterion released the film on DVD in 2006 and is still disappointing here.

Those that don’t already own the film and have been meaning to will certainly want to pick up this Blu-ray; though open to improvement it’s still a decent edition. The transfer does offer a noticeable improvement over the DVD, giving us a cleaner image, and may be worth the upgrade in this regard to those that already own one of the previous DVDs. 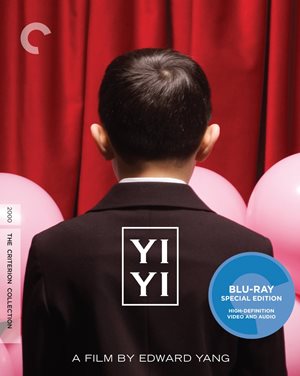