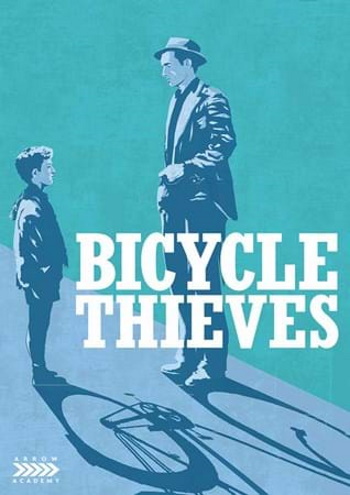 Discuss Compare
Buy At:
Directed by: Vittorio De Sica
Featuring: Lamberto Maggiorani, Enzo Staiola, Lianella Carell, Gino Saltamerenda, Vittorio Antonucci, Giulio Chiari
Heralded as the greatest film ever made on release, winning an Oscar in 1949 and topping the Sight & Sound film poll in 1952, De Sica’s seminal work of Italian neorealism has had an impact on cinema worldwide from release to the present day, with filmmakers such as Satyajit Ray and Ken Loach claiming the film as a direct influence on their own.