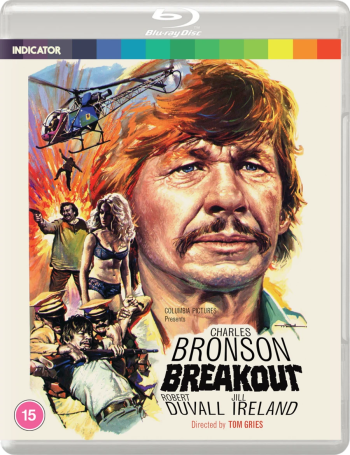 Charles Bronson achieved superstar status in the 1970s with box-office successes such as The Mechanic, Mr. Majestyk, and Death Wish; and 1975’s Breakout was one of Bronson’s biggest hits.

Inspired by real events, this tense adventure thriller casts Bronson as a tough mercenary pilot hired to fly into Mexico on a rescue mission – only to discover the real plan is to break a wealthy convict from a notorious prison.

Co-starring his real-life wife Jill Ireland, along with Randy Quaid, John Huston and the ever-exceptional Robert Duvall, Breakout is a thrilling action-ride, all set to a terrific Jerry Goldsmith score.