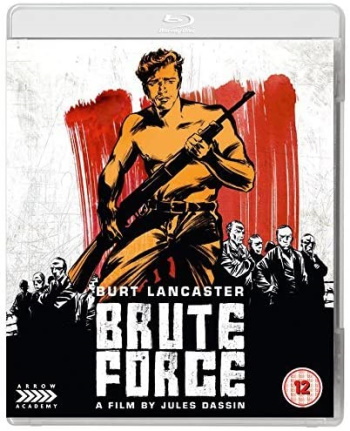 Directed by: Jules Dassin
Featuring: Burt Lancaster, Hume Cronyn, Charles Bickford
Before making the French crime classic Rififi, Jules Dassin was arguably the greatest of film noir directors, responsible for a string of gems including The Naked City, Thieves Highway and Night and the City. Brute Force kickstarted that run of pictures and never did a film live up to its name more.

Burt Lancaster is Joe Collins, one of a number of convicts squeezed into cell R17 intent on staging a prison break. Not only does he need to return to the side of his cancer-ridden wife (Ann Blyth), he also wants to escape the clutches of sadistic warden Captain Munsey (an unforgettable performance from Hume Cronyn) who enjoys a reign of terror over the inmates.