Buffalo Bill and the Indians, or Sitting Bull's History Lesson 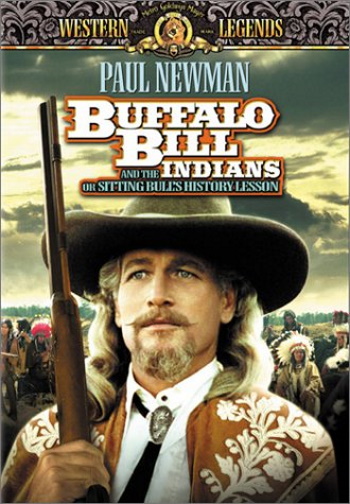 From director Robert Altman (M*A*S*H, The Player) comes an uproarious, high-spirited look at "Buffalo Bill" Cody, the legendary Western adventurer. With a fine cast that includes Paul Newman, Harvey Keitel, Burt Lancaster, Joel Grey and Geraldine Chaplin, Buffalo Bill and the Indians is a hilarious yet poignant comedy that shows the Old West as you've never seen it before! Although Buffalo Bill (Newman) has fought Indians and Civil War battles, nothing can prepare him for his newest challenge: show business! His "Wild West Show" is hugely popular, but when he signs a former enemy, Sioux Chief Sitting Bull (Frank Kaquitts), for a featured role, a hysterical clash of cultures reverberates far beyond the boundaries of their sprawling outdoor theater. And the complications only multiply when the troupe discovers it must put on a special command performancefor none other than the President of the United States!