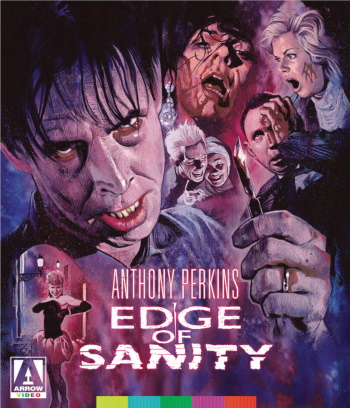 When his experiments into a powerful new anaesthetic go hideously awry, respected physician Dr Jekyll (Perkins) takes off into the night, casting aside the shackles of upper-class propriety as he disappears into the shadowy decadent demimonde of Whitechapel in pursuit of sensual pleasures under the guise of ‘Mr Hyde’. As his wife Elisabeth (Glynis Barber) passes her time in charitable work, rehabilitating the district’s fallen women, Hyde is drawn into an escalating cycle of lust and murder that seems to know no bounds.

Produced by exploitation maestro Harry Alan Towers (The Face of Fu Manchu, Count Dracula) and directed with a hallucinogenic intensity by Gérard Kikoïne (Lady Libertine, Buried Alive), Edge of Sanity plunges the viewer into a labyrinth of depravity from which there is no escape.