History Is Made at Night 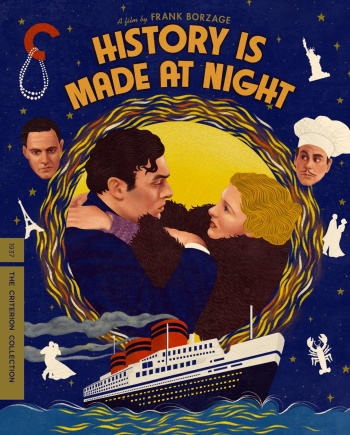 Suffused with intoxicating romanticism, History Is Made at Night is a sublime paean to love from Frank Borzage, classic Hollywood’s supreme poet of carnal and spiritual desire. On the run through Europe from her wealthy, cruelly possessive husband, an American (Jean Arthur) is thrown together by fate with a suave stranger (Charles Boyer)—and soon the two are bound in a consuming, seemingly impossible affair that stretches across continents and brings them to the very edge of catastrophe. Lent a palpable erotic charge by the chemistry between its leads, this delirious vision of lovers beset by the world passes through a dizzying array of tonal shifts—from melodrama to romantic comedy to noir to disaster thriller—smoothly guided by Borzage’s unwavering allegiance to the power of love.