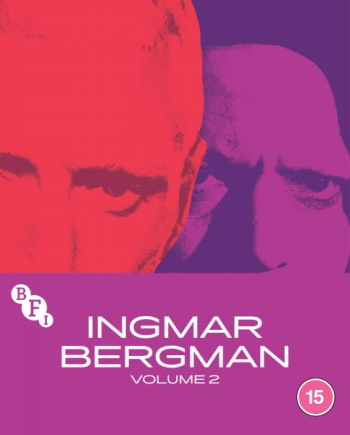 For over 50 years, Ingmar Bergman produced ground-breaking works of cinema that established him as one of the world’s most acclaimed, enduring and influential filmmakers.

In the 1950s he firmly established himself at the vanguard of world cinema. Following his breakthrough success Summer with Monika (1953), Bergman continued with a series of ground-breaking productions, many of which are still considered some of the greatest films ever made.

Presented over six discs, Ingmar Bergman: Volume 2 features eight landmark titles by the iconic filmmaker – presented together on Blu-ray for the first time in the UK. These include the Palme d’Or-nominated comedy Smiles of a Summer Night (1955), the introspective meditation on old age and human existence, Wild Strawberries (1957) and the iconic exploration of faith and death, The Seventh Seal (1957).

Smiles of a Summer Night

A Lesson in Love