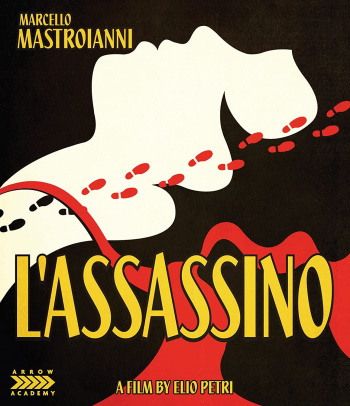 Directed by: Elio Petri
Featuring: Marcello Mastroianni, Micheline Presle
Released within months of Fellini's La Dolce Vita and Antonioni's La Notte, Elio Petri's dazzling first feature The Assassin (L'Assassino) also stars Marcello Mastroianni, this time as dandyish thirtysomething antiques dealer Alfredo Martelli, arrested on suspicion of murdering his older, far wealthier lover Adalgisa (Micheline Presle). But as the increasingly Kafkaesque police investigation proceeds, it becomes less and less important whether Martelli actually committed the crime as his entire lifestyle is effectively put on trial. Best known for Investigation of a Citizen Above Suspicion and The Tenth Victim, Petri was one of the finest and yet most underrated Italian directors of the 1960s and 70s. Highly acclaimed on its original release but unjustly neglected since, The Assassin is a remarkably assured debut from one of the cinema's sharpest chroniclers of Italian social and political realities. Petri said that he wanted to reflect the changes wrought by the early sixties, and to examine "a new generation of upstarts who lacked any kind of moral scruple". Arrow Academy is proud to present The Assassin in a gorgeous high-definition restoration created by the Cineteca di Bologna.