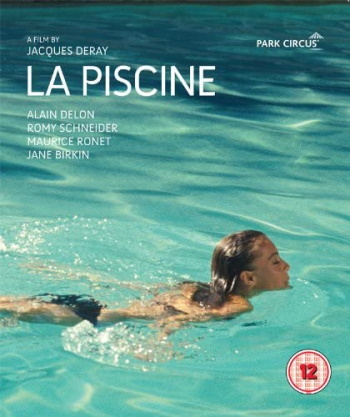 Jacques Deray's 1969 classic La Piscine is set in a magnificent villa near a sun-drenched St. Tropez, where Jean-Paul (Alain Delon) and Marianne (Romy Schneider) are spending a happy, lazy summer holiday. Their only concern is to gratify their mutual passion - until the day when Marianne invites her former lover and his beautiful teenage daughter to spend a few days with them. From the first moment, a certain uneasiness and tension begin to develop between the four, which soon escalates in a dangerous love-game.

Beautifully shot, and with music composed by three-times Academy Award-winning Michel Legrand, this slow-burning, sensual thriller is now available for the first time on Blu-ray. This release features a brand new HD restoration of the original, French version of the film and the English version in a new standard definition digital transfer.