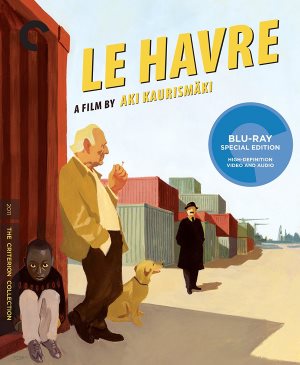 Directed by: Aki Kaurismäki
In this warmhearted comic yarn from Aki Kaurismäki, fate throws the young African refugee Idrissa (Blondin Miguel) into the path of Marcel Marx (André Wilms), a kindly old bohemian who shines shoes for a living in the French harbor city Le Havre. With inborn optimism and the support of his tight-knit community, Marcel stands up to the officials doggedly pursuing the boy for deportation. A political fairy tale that exists somewhere between the reality of contemporary France and the classic French cinema of the past, Le Havre is a charming, deadpan delight and one of the Finnish director’s finest films.