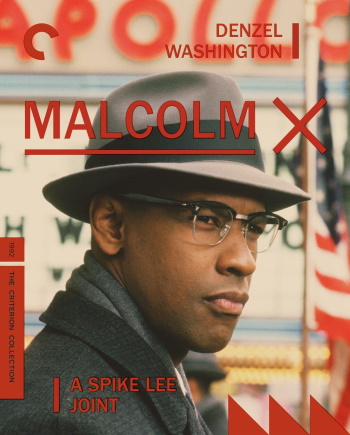 One of the most electrifying heroes of the twentieth century receives an appropriately sweeping screen biopic, rich in both historical insight and propulsive cinematic style, courtesy of visionary director Spike Lee. Built around an extraordinary performance from Denzel Washington, Malcolm X draws on the iconic civil rights leader’s autobiography to trace his journey of empowerment, from a childhood riven by white-supremacist violence to a life of petty crime to his conversion to Islam and rebirth as a fearless fighter for Black liberation, whose courage and eloquence inspired oppressed communities the world over. An epic of impeccable craft that was made with Lee’s closest creative collaborators and is buoyed by commanding performances from Delroy Lindo, Angela Bassett, Al Freeman Jr., and others, this is a passionate monument to a man whose life continues to serve as a model of principled resistance.