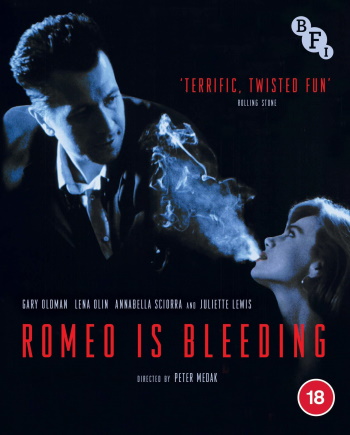 Corrupt cop Jack Grimaldi (wonderfully played by Oscar-winning actor Gary Oldman) is about to get in way over his head. In bed with the mob, Jack has made a lot of money but when he gets an assignment from the Feds to protect the beautiful but deadly Mona Demarkov (Lena Olin), orders from the mob to kill her, and an entirely different offer from Mona herself, he finds himself lured into a web of treachery in which nobody can be trusted.

Directed by Peter Medak (The Krays) and with a screenplay by Hilary Henkin (Wag the Dog), this neo-noir thriller features a superb supporting cast that includes Annabella Sciorra, Juliette Lewis and Roy Scheider.