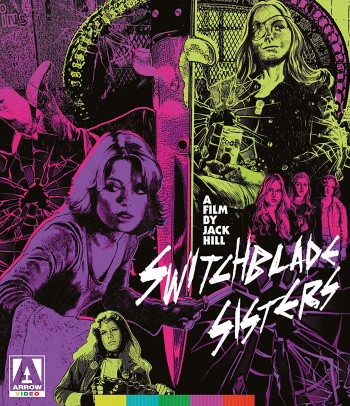 THE WILDEST GIRL GANG THAT EVER BLASTED THE STREETS!

Lace (Robbie Lee), the leader of inner city girl gang The Dagger Debs, meets her match when new girl Maggie (Joanne Nail) moves into the neighborhood. Mistrust and conflict turn to friendship as the girls end up in Juvenile Detention together at the mercy of abusive guards. Meanwhile, The Dagger Debs male counterparts The Silver Daggers have to contend with the arrival of a new gang, led by the villainous Crabs (Chase Newhart). But when the girls get back on the streets, a planned retaliation strike in tandem with The Silver Daggers backfires and puts Lace in hospital. Maggie assumes control, teaming up with Muff (Marlene Clark) and her gang of African-American militants from across town to declare all out war. But there s a traitor in their midst...