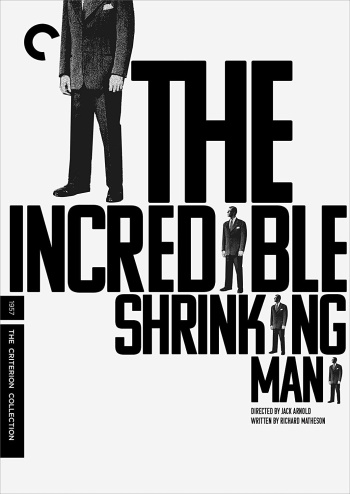 Existentialism goes pop in this benchmark of atomic-age science fiction, a superlative adaptation of a novel by the legendary Richard Matheson that has awed and unnerved generations of viewers with the question, What is humanity’s place amid the infinity of the universe? Six months after being exposed to a mysterious radiation cloud, suburban everyman Scott Carey (Grant Williams) finds himself becoming smaller . . . and smaller . . . and smaller—until he’s left to fend for himself in a world in which ordinary cats, mousetraps, and spiders pose a mortal threat, all while grappling with a diminishing sense of himself. Directed by the prolific creature-feature impresario Jack Arnold with ingenious optical effects and a transcendent metaphysical ending, The Incredible Shrinking Man gazes with wonder and trepidation into the unknowable vastness of the cosmic void.